Accessibility links
Kenyan Court Throws Out Kenyatta's Win In Presidential Election : The Two-Way Kenya's Supreme Court has ordered another national election to be held within the next 60 days, setting off celebrations by supporters of opposition candidate Raila Odinga. 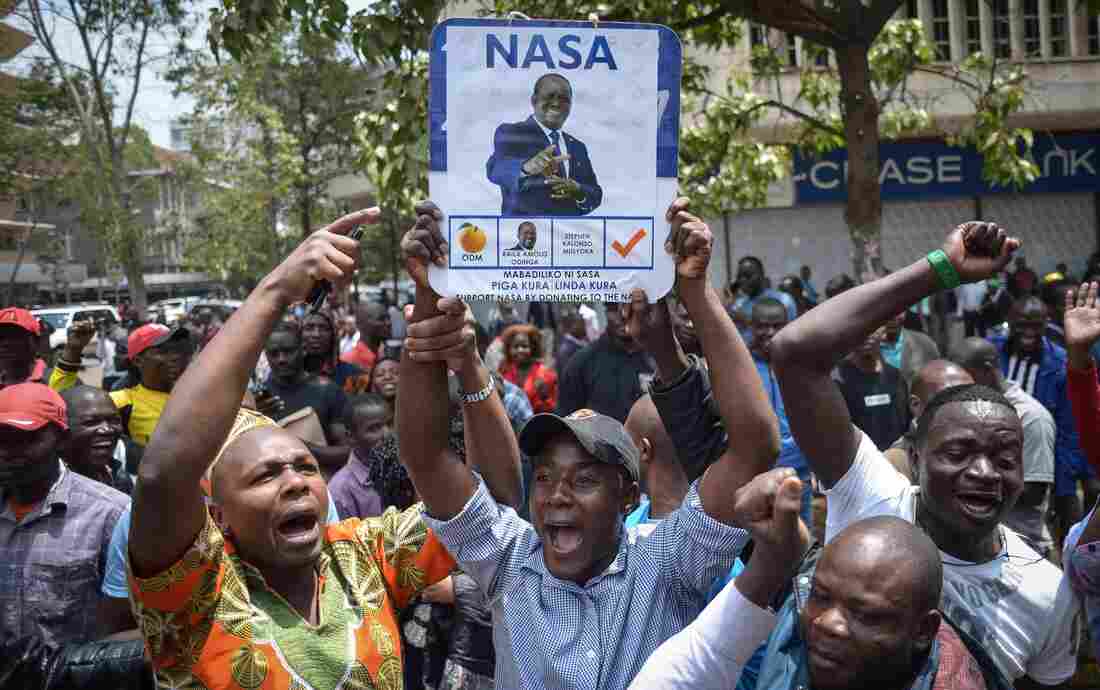 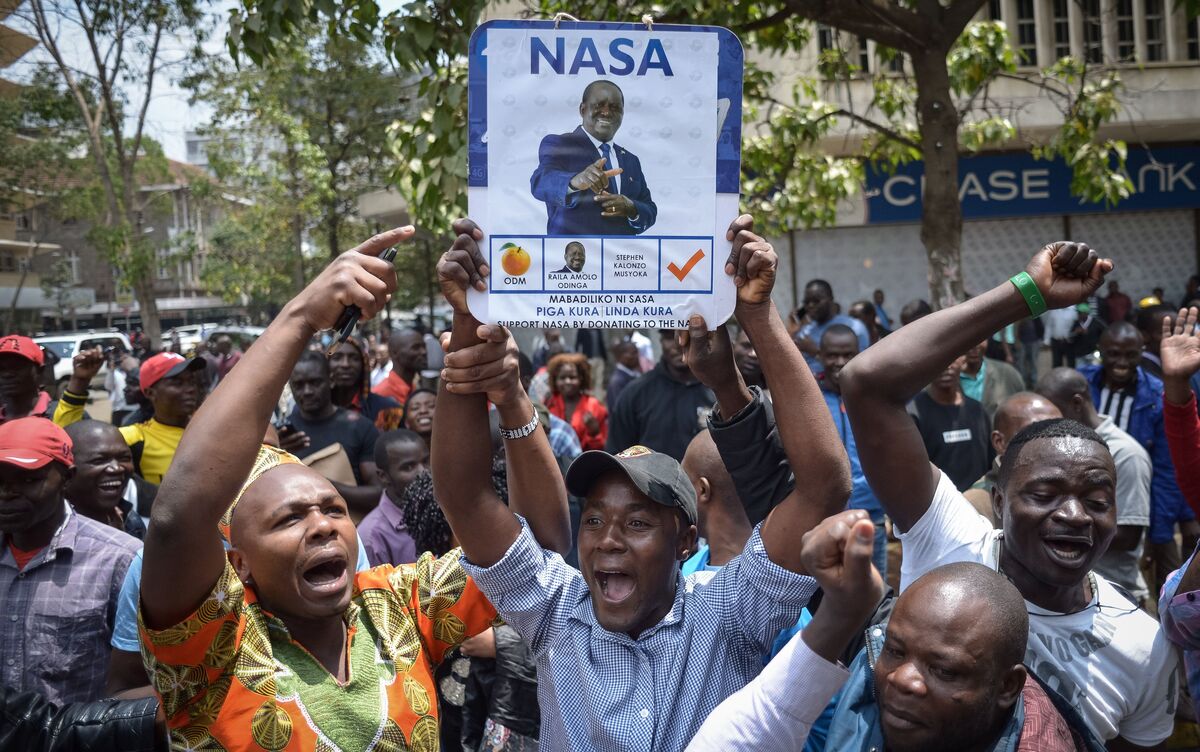 Saying that Kenya's recent national election that gave President Uhuru Kenyatta another term in office was held in an unconstitutional manner, the country's Supreme Court has annulled the results of the Aug. 8 vote. The surprising announcement prompted celebrations by opposition candidate Raila Odinga.

The turnabout comes weeks after the elections commission said Kenyatta had beaten Odinga by more than 1 million votes. The court's decision did not go into deep detail about what led it to invalidate the election.

"The opposition claimed a vast conspiracy to rig the election and now in a 4-2 decision, the Supreme Court has found there were so many irregularities, they affected the integrity of the elections.

"The court has ordered another election within the next 60 days. But the opposition says they can't trust the same body that bungled this election to carry out a new one."

Kenyan election officials had tried to create a "rig-proof" system for this election, implementing a decentralized electronic reporting system and a biometric identification system.

But there have been unusual stories about the nation's system, including the murder and torture of a high-ranking elections official in July. And surprising details about the vote emerged during this week's court proceedings, including the news that 20 percent of the tallying forms at the constituency level did not have watermarks, a required security feature.

Odinga's campaign has insisted that the results were manipulated, going so far as to present an alternate vote tally that showed the challenger leading the incumbent by several hundred thousand votes. But the origin of those numbers was unclear.

After the startling decision was announced, more than 20 heads of diplomatic missions in Kenya issued a joint statement calling Friday "an important moment for Kenya."

The diplomats from the U.S., the EU, and 22 other countries urged the country's leaders and officials to make the upcoming vote "free, fair, credible, and peaceful. "

The diplomats added, "All electoral processes can be improved, and we will continue to support Kenya's institutions in this important work. The transparent legal process and the parties' respect for the Court's decision reflect the strength of Kenya's democracy."

For more context of the political dynamic in Kenya — and the deep rifts that in the past have erupted into violence — here's how Eyder described the Kenyatta-Odinga rivalry:

"Odinga's struggle for power actually begins with his father. Jaramogi Oginga Odinga was the country's first vice president, but he ended up in opposition after a falling out with Kenya's first president, Jomo Kenyatta.

"It set up a conflict that persists today — liberal versus conservative, the Luo tribe versus the Kikuyu tribe. This is 72-year-old Raila Odinga's fourth run for president and the second time he's running against Jomo Kenyatta's son Uhuru Kenyatta."