Accessibility links
North Korea Claims Successful Hydrogen Bomb Test : The Two-Way In its sixth nuclear test, North Korea said it was "successful" in loading a hydrogen bomb onto an intercontinental ballistic missile. President Trump is set to meet with his national security team. 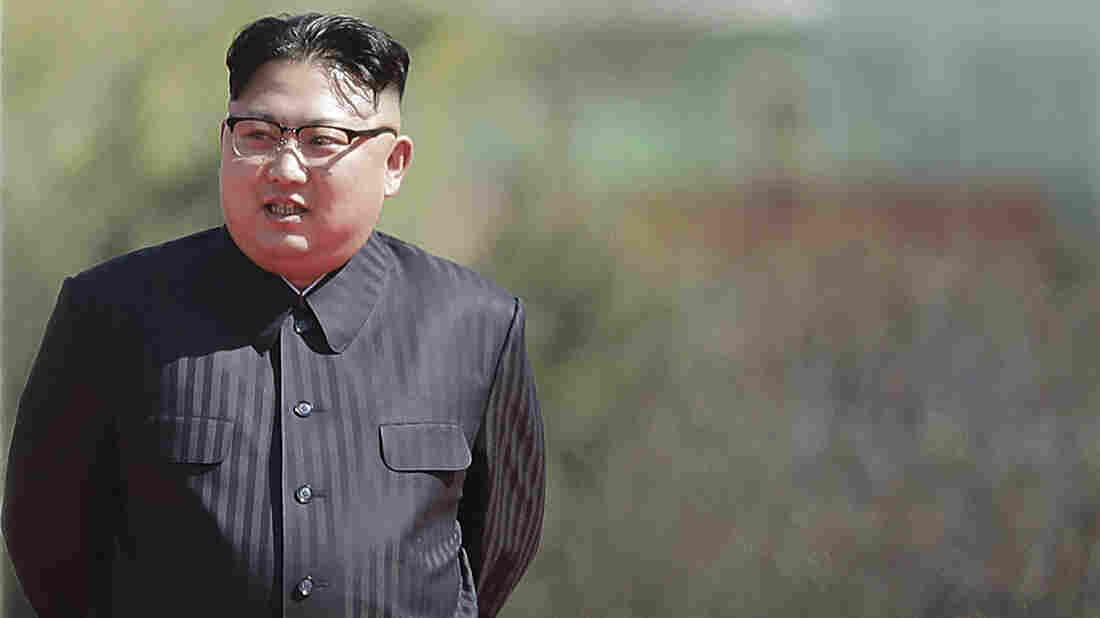 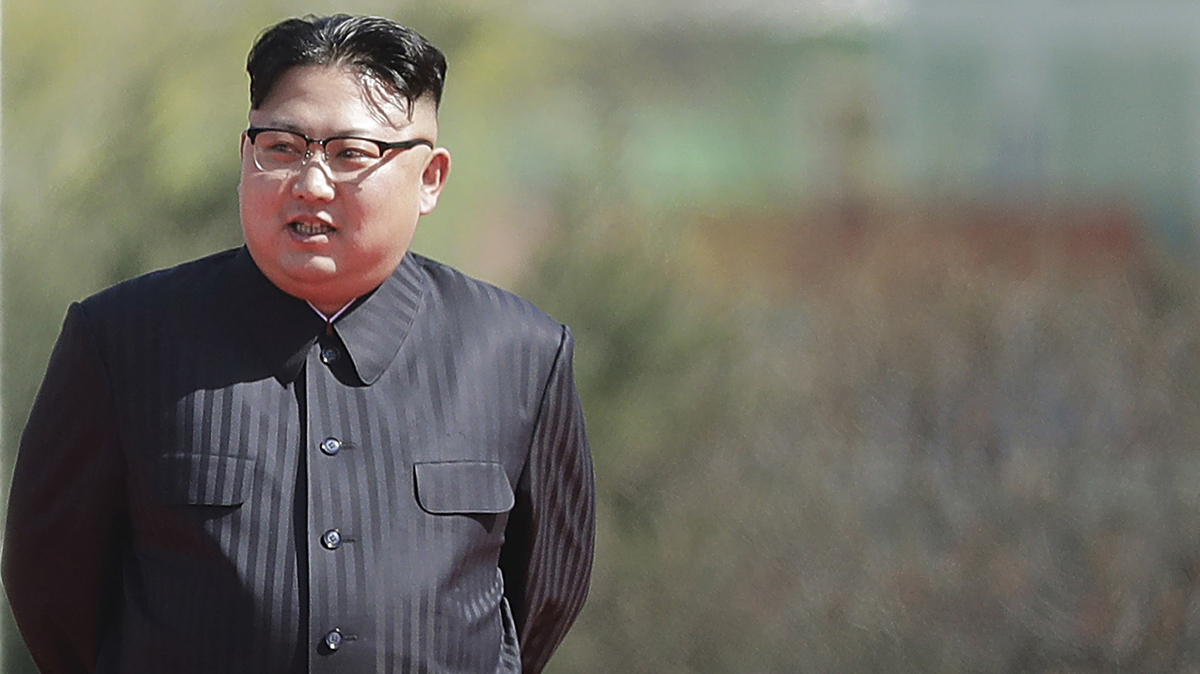 North Korea claims it has again tested a hydrogen bomb underground and that it "successfully" loaded it onto the tip of an intercontinental ballistic missile, a claim that if true, crosses a "red line" drawn by South Korea's president last month.

In a state media announcement, North Korea confirmed the afternoon tremors in its northeast were indeed caused by the test of a nuclear device, and that leader Kim Jong Un personally signed off on the test.

"North Korea has conducted a major Nuclear Test. Their words and actions continue to be very hostile and dangerous to the United States," President Trump tweeted Sunday morning in response. "North Korea is a rogue nation which has become a great threat and embarrassment to China, which is trying to help but with little success."

Trump met with his national security advisers at the White House on Sunday to discuss the test.

Defense Secretary James Mattis said the president wanted to be briefed on the "many" military options available. "We made clear that we have the ability to defend ourselves and our allies, South Korea and Japan from any attack and our commitments among the allies are ironclad," Mattis said. "Any threat to the United States and its territories including Guam or our allies will be met with a massive military response — a response both effective and overwhelming."

Mattis went on to say, "Kim Jong Un should take heed of the United Nations Security Council's unified voice. All members unanimously agreed on the threat North Korea poses, and they remain unanimous in their commitment to the denuclearization of the Korean peninsula. Because we are not looking to the total annihilation of a country, namely North Korea, but as I said we have many options to do so."

In another tweet Sunday morning, Trump criticized South Korea, a U.S. ally. He wrote: "South Korea is finding, as I have told them, that their talk of appeasement with North Korea will not work, they only understand one thing!"

South Korea is finding, as I have told them, that their talk of appeasement with North Korea will not work, they only understand one thing!

South Korea's national security adviser, Chung Eui-yong, briefed reporters saying he had twice spoken to his U.S. counterpart H.R. McMaster and that South Korea will seek the "most powerful sanctions" against North Korea at the United Nations. It's further considering deployment of new U.S. weapons on the Korean peninsula, as part of a long-standing U.S.-South Korea security alliance.

The U.N. Security Council will hold an "emergency" meeting on Monday in response to the test. According to a statement from the U.S. Mission to the U.N., "Ambassador Haley and her counterparts from Japan, France, the United Kingdom, and the Republic of Korea requested" the meeting.

Condemnation from other international leaders poured in on Sunday.

"This act is yet another serious breach of the DPRK's international obligations and undermines international non-proliferation and disarmament efforts," said U.N. Secretary General António Guterres. "This act is also profoundly destabilizing for regional security."

The German government issued a statement saying that Chancellor Angela Merkel and French President Emmanuel Macron spoke on the phone and are calling for tougher sanctions against Pyongyang.

"This latest provocation by the ruler in Pyongyang has reached a new dimension," the statement said. "In addition to the United Nations Security Council, the European Union also has to act now."

South Korean President Moon Jae-in called and chaired an emergency meeting of the country's national security council, while Japanese Foreign Minister Taro Kono says the tremor was indeed a nuclear test, according to The Associated Press. "It is absolutely unacceptable if North Korea did force another nuclear test, and we must protest strongly," Japan's Prime Minister Shinzo Abe said.

North Korea twice tested underground nuclear devices last year, once in January and again in September, the latter just hours after former President Barack Obama wrapped up his final trip to Asia as head of state.

A hydrogen bomb, or fusion bomb, is far more powerful than atomic bombs, or fission bombs, that the country has already tested. North Korea also claimed to have tested a hydrogen bomb in January 2016, but other countries, including the U.S., doubted that claim.

"We've reconfirmed our ability to control our missile and nuclear capabilities at any given time, and that we've reached a very high level of standards of such technology," a North Korean announcer read Sunday on the state broadcaster, KCNA. "This shows the trustworthy system of our nuclear engineering technology, from today's successful test."

Officials from South Korea and Japan have confirmed that it was a nuclear test, North Korea's sixth. It heightens tensions between Pyongyang and its neighbors, and challenges the Trump administration head-on.

One Nuclear Security Analyst On Why The U.S. Should Resume North Korea Talks

One Nuclear Security Analyst On Why The U.S. Should Resume North Korea Talks

The U.S. Geological Survey said it detected a 6.3 magnitude "possible explosion" near Sungjibaegam, North Korea Sunday afternoon, "located near the site where North Korea has detonated nuclear explosions in the past." South Korean Joint Chiefs of Staff said they detected an "artificial seismic wave" at 12:29 p.m. local time.

Korea's Meteorological Agency said North Korea's artificial quake was nearly 10 times more powerful than the one triggered by its fifth nuclear test. A quake's magnitude is used in calculating a nuclear device's yield.

The incident was near North Korea's Punggye-ri nuclear test site, which is in the country's northeast and the site of the five previous tests.

The test happened just hours after Pyongyang released photos of what it called a hydrogen bomb capable of being mounted on a long-range missile. 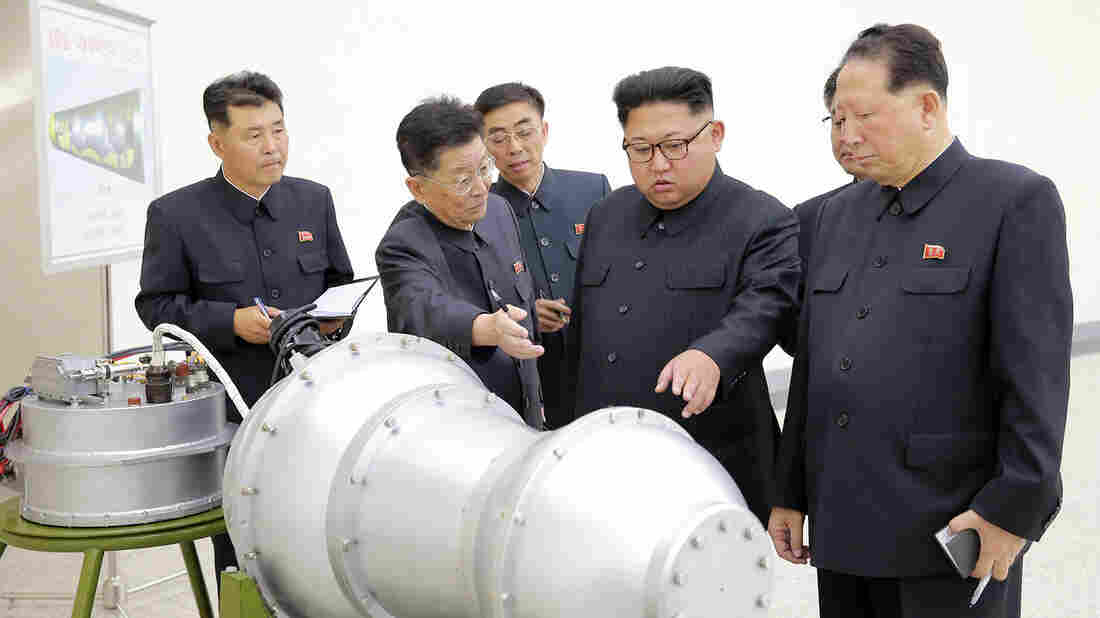 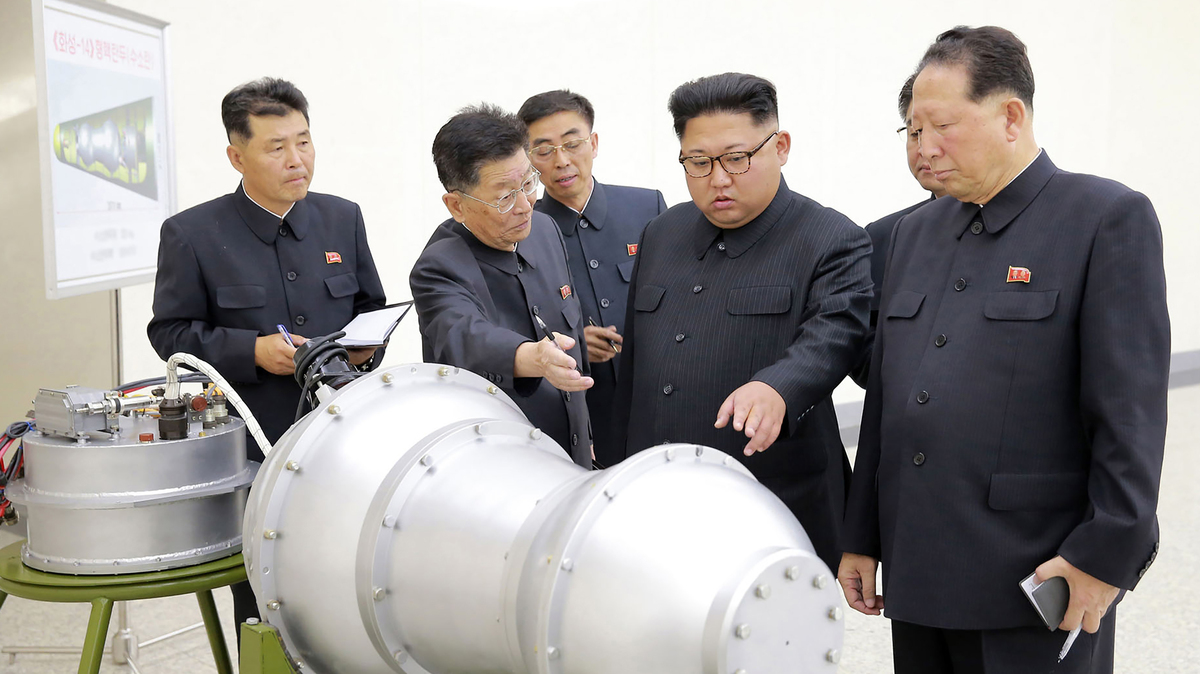 A test for Trump

That Pyongyang conducted another experiment signals a continued effort to advance as a nuclear state despite years of effort by the international community to reverse those gains. It's also a reminder of the challenge that North Korea presents for the Trump administration. U.S. Secretary of State Rex Tillerson declared during his March visit to Seoul that the policy of "strategic patience" with North Korea was over.

President Trump has threatened to meet North Korea with "fire and fury" in response to threats from the country.

Security experts say North Korea could have more than a dozen nuclear devices. It first conducted an underground test in 2006. These tests, along with the ballistic missiles Pyongyang fires into the sea at a regular tempo, are all barred by U.N. Security Council resolutions.

But the choices for neighbors in the region and for the United States, which hosts some 28,000 forces in South Korea as part of a decades-old alliance, are lousy.

The Trump administration has reportedly considered a pre-emptive strike on North Korea's nuclear facilities, but the costs of such a move have consistently been too high for previous administrations to bear. The North doesn't need to use its nuclear weapons — it has 20,000 conventional rocket launchers, artillery pieces and heavy mortars — to attack Seoul, which is less than an hour's drive from the inter-Korean border. The metro area is home to nearly half of the South Korean population of 50 million.

Any such attack would likely escalate and restart an all-out war on the Korean Peninsula, which could cost millions of lives — and that's assuming China, an ally of North Korea, weren't to get involved.

Sanctions, meanwhile, have proven to be ineffective. North Korea has become increasingly cut off by other rounds of sanctions and therefore more effective in surviving off the books. That leaves two other unsavory options, as The Economist notes:

"One is to press China to make life so uncomfortable for the regime that it fears for its survival (the likely intention of Mr Trump's talk of dealing with North Korea alone if necessary). The other is to offer Mr Kim some sort of deal."