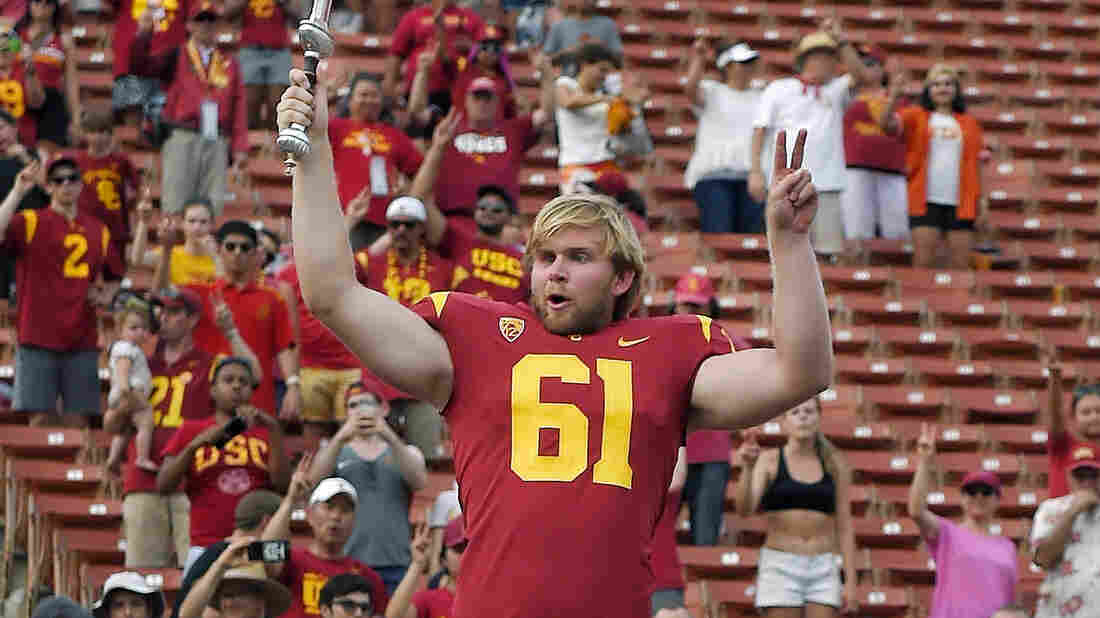 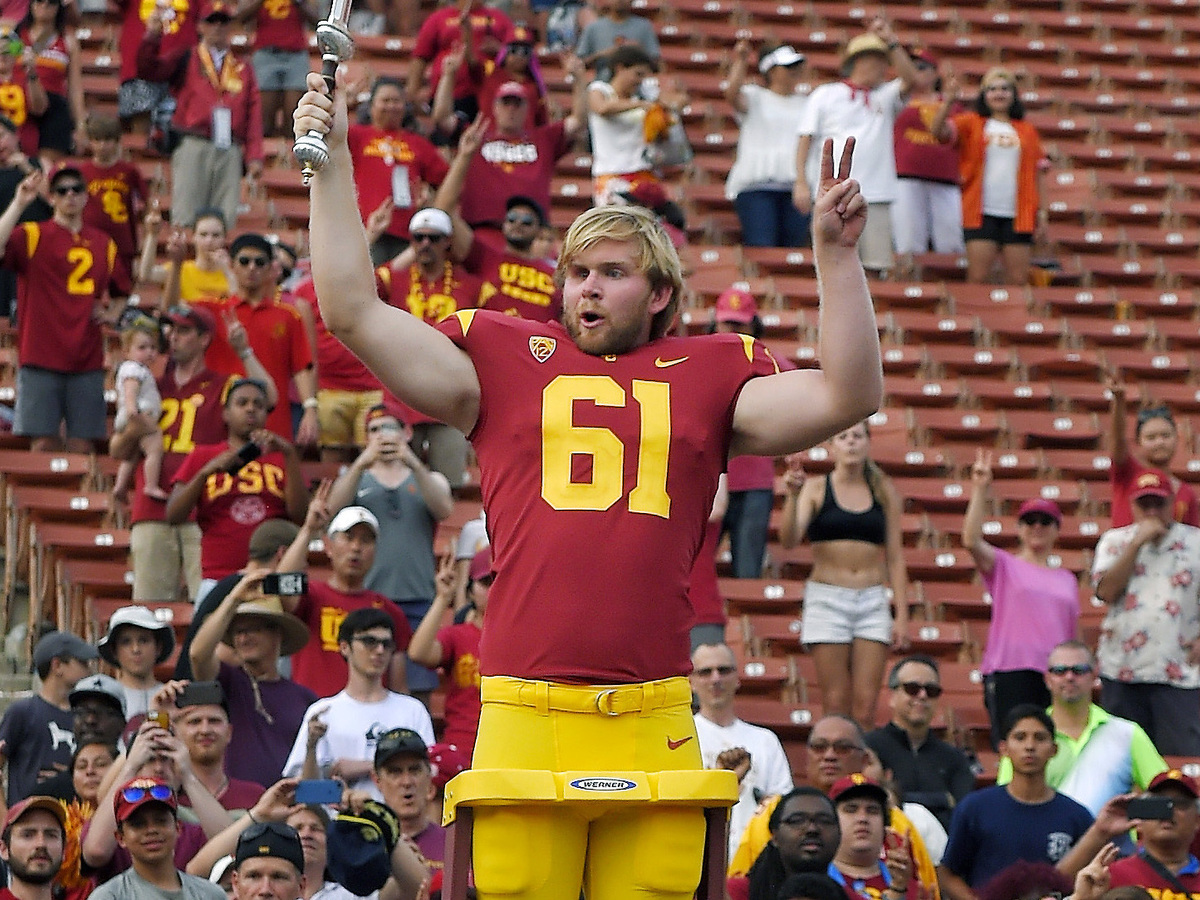 Jake Olson cannot see but he felt his moment of triumph Saturday with absolute clarity.

The blind 20-year-old executed a perfect snap for an extra point in the last three minutes of the University of Southern California's game against Western Michigan.

As the ball sailed between the uprights, the stadium erupted in cheers. Olson's teammates grabbed him in bear hugs.

FORGET ROJO, JAKE OLSON IS THE PLAYER OF THE GAME!

"I just loved being out there. It was an awesome feeling, something that I will remember forever," Olson said.

After USC's Marvin Tell III returned an interception for a touchdown making the score 48-31, USC Coach Clay Helton turned to Olson and asked if he was ready to get in, reports ESPN.

Olson said he was ready.

A teammate helped guide him onto the field. He crouched into position and snapped the ball for the successful kick.

Watch the video of the play:

"What a pressure player," Helton told The Los Angeles Times. "Is that not a perfect snap at that moment? It's beyond words."

The 6-foot-4 Olson said he couldn't have done it alone.

"It's an operation, from a holder just making sure I'm lined up straight and it just creates a lot of trust, you know."

It has been a long journey for the junior from Orange County, Calif.

Olson has dedicated himself to two years of practice, making snaps during drills and in spring games, but Saturday was his first appearance in a live game.

Born with retinoblastoma, a cancer of the retina, Olson's left eye was removed when he was a baby. By age 12, he knew he would also lose his right eye.

The day before his surgery, Olson spent the final evening he would ever be able to see beholding a USC practice, reports ESPN.

Having learned of his story, the team had adopted the boy as something of an honorary member, allowing him to run with them through the stadium tunnel, walk the sidelines during games and give locker room pep talks, reports USC News.

This is anything but a regular PAT.

Jake Olson, blind since age 12, just snapped for the first time in a live game. https://t.co/amyHcFoVue

But Olson didn't know he that he could get off the sidelines and play until he learned about long snapping.

"It kind of clicked in my mind that it is a consistent position in that you're snapping the same distance for every snap," he told CNN. "You definitely have the mechanics of what you're supposed to do, but a lot of it is just feel."

He became a starting long snapper on his high school varsity team, reports The Los Angeles Times. And while he relied on teammates to guide him onto the field and help line up the ball, he earned respect as a solid player in his own right.

"We didn't see him as a blind person," teammate Jerry Fitschen told the newspaper. "We saw him as a football player."

Hell YEEEEAAAAHHH. If you don't know #JakeOlson then ya betta ask somebody. Without Sight, NOT without Vision! So proud of you @JakeOlson61 https://t.co/mD30V66i0Z

It helped earn him a scholarship to USC. In 2015, the year Olson was accepted to the university, coach Steve Sarkisian told the LA Times:

"Someday, he's going to snap in a game for us," Sarkisian said. "When? I don't know. But it will happen."

"When that day comes, it will be awesome."