Accessibility links
Cousin Who Witnessed Emmett Till Abduction Dies At 74 : The Two-Way Simeon Wright was just 12 years old when his 14-year-old cousin was taken at gunpoint from the bed they shared, before Till was brutally beaten and killed. 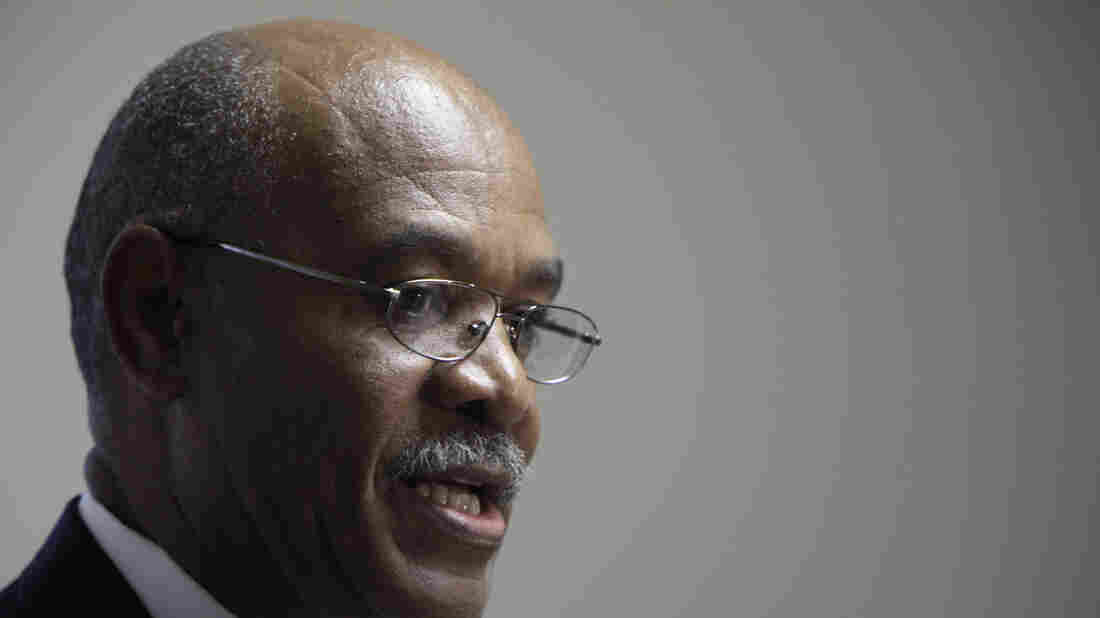 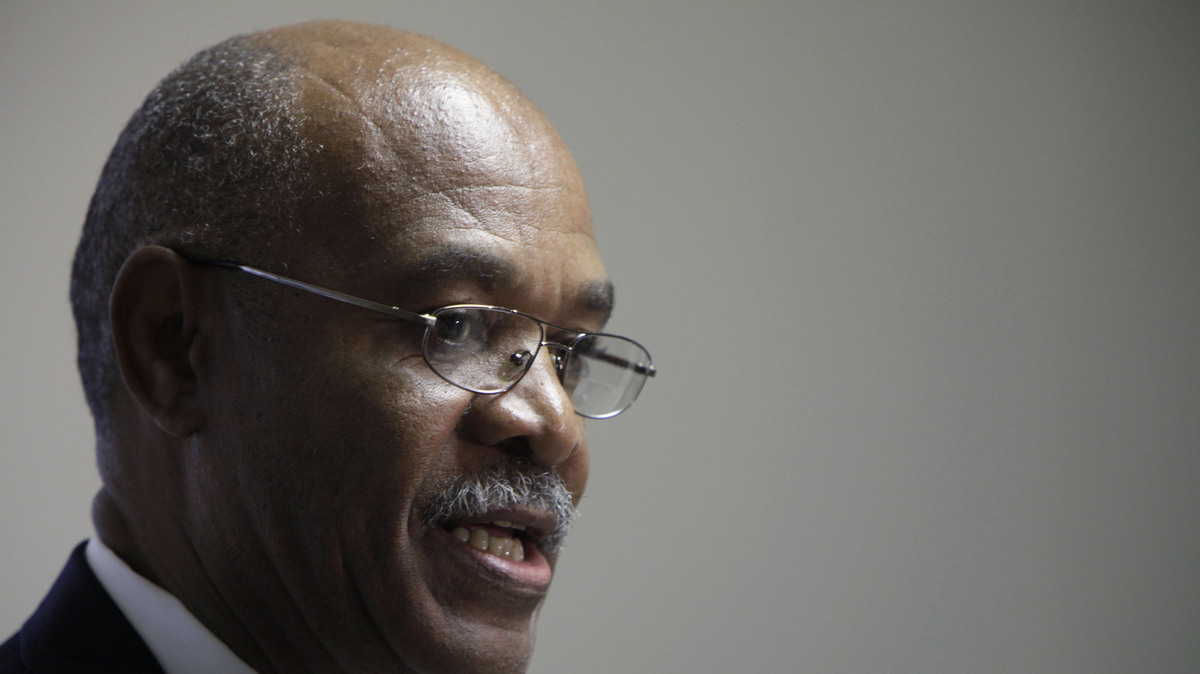 Simeon Wright, Emmett Till's cousin, who witnessed his 1955 abduction, died Monday at the age of 74.

It was Aug. 28, 1955, when 14-year-old Emmett Till was wrenched from his bed by two armed white men in Money, Mississippi, tortured and killed. Sharing that bed with Till was his cousin Simeon Wright, then age 12, who bore witness to what would become a horrifying catalyst in the nascent civil rights movement.

Wright died Monday at his home in Countryside, Ill., at the age of 74. The cause was bone cancer, his wife told The Chicago Tribune.

Wright recounted what happened to his cousin, known as Bobo, in his 2010 memoir, Simeon's Story: An Eyewitness Account of the Kidnapping of Emmett Till.

Wright was with his cousin, who was visiting from Chicago, a few days before the kidnapping on Aug. 24, when they visited Bryant's Grocery Store to buy candy. The white shopkeeper, Carolyn Donham, accused Till of flirting with her. 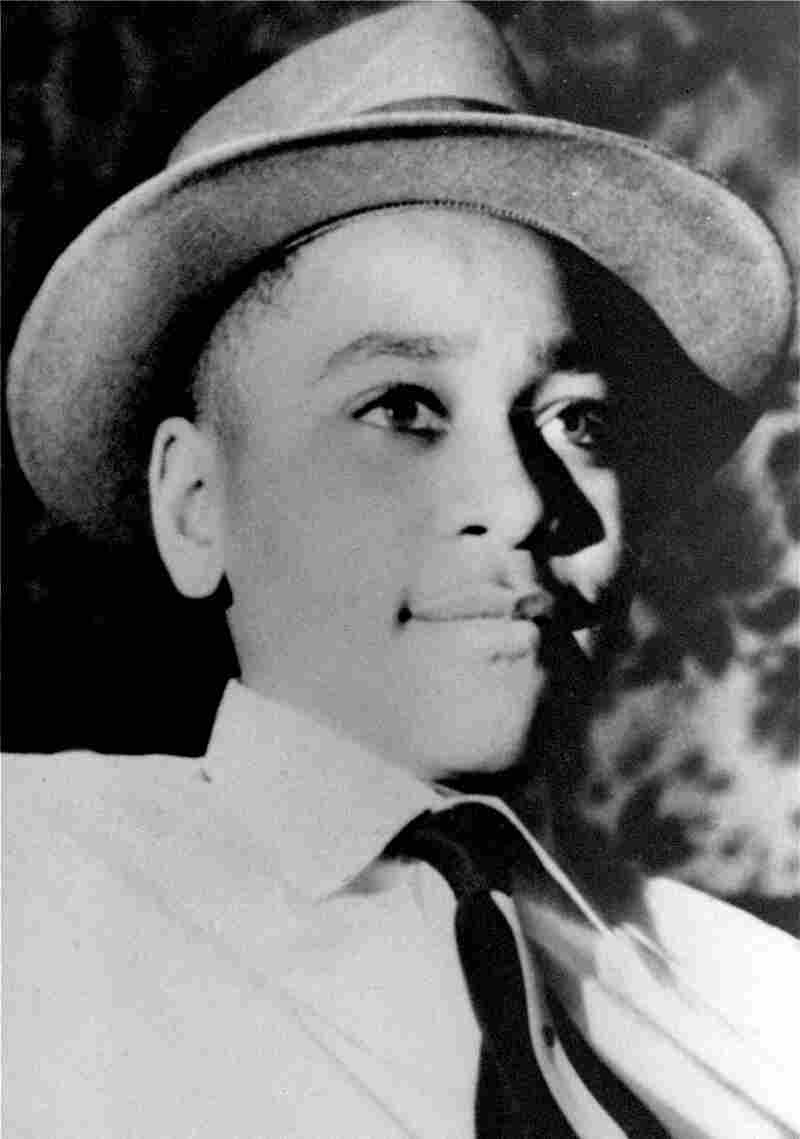 Emmett Till, a 14-year-old from Chicago whose body was found in the Tallahatchie River near the Delta community of Money, Miss., on Aug. 31, 1955. AP hide caption

Wright said Till whistled at her, an account that differed from Till's mother's who said her son wouldn't do that and if he made such a sound it was due to his stutter, reports The Chicago Tribune.

"I think he wanted to get a laugh out of us or something. He was always joking around, and it was hard to tell when he was serious," Wright recounted in his book, as excerpted by the Tribune. "It was a loud wolf whistle, a big-city 'whee wheeeee!' and it caught us all by surprise."

Four days later, Wright was awoken by two men with flashlights and guns. "They had come for Bobo," Wright wrote in his book as excerpted by The Clarion-Ledger. "No begging, pleading or payment was going to stop them."

Till's body was later found in the Tallahatchie River.

His mother, Mamie Till, refused to cover up the horror inflicted on her son, insisting on an open-casket funeral.

Wright's father, Mose, identified Donham's husband, Roy Bryant, and his half-brother, J.W. Milam, as the killers in their murder trial. But an all-white jury acquitted them.

The next year, the men admitted to beating and shooting Till before dumping his body in a river in an article for Look magazine.

After the men were let off, the Wright family fled their Mississippi home in fear and resettled in the Chicago area.

"People often talked about Emmett, but Simeon had a story of his own," a family spokeswoman Airicki Gordon-told the Tribune. "That incident changed him as a person."

Wright went on to work as a pipe fitter and for many years remained quiet about what had happened.

The Tribune reports that he was filled with anger. But by the 2000s he was ready to talk about it.

Wright spent recent years touring the country speaking to groups about his experiences, reports The Clarion-Ledger.