Accessibility links
Police Say Teenage Boy Suspected Of Starting Massive Oregon Wildfire : The Two-Way The flames stranded a group of more than 100 hikers. They were so focused on escaping the blaze that a "bear actually came into our area and no one stirred," one hiker told The Spokesman-Review. 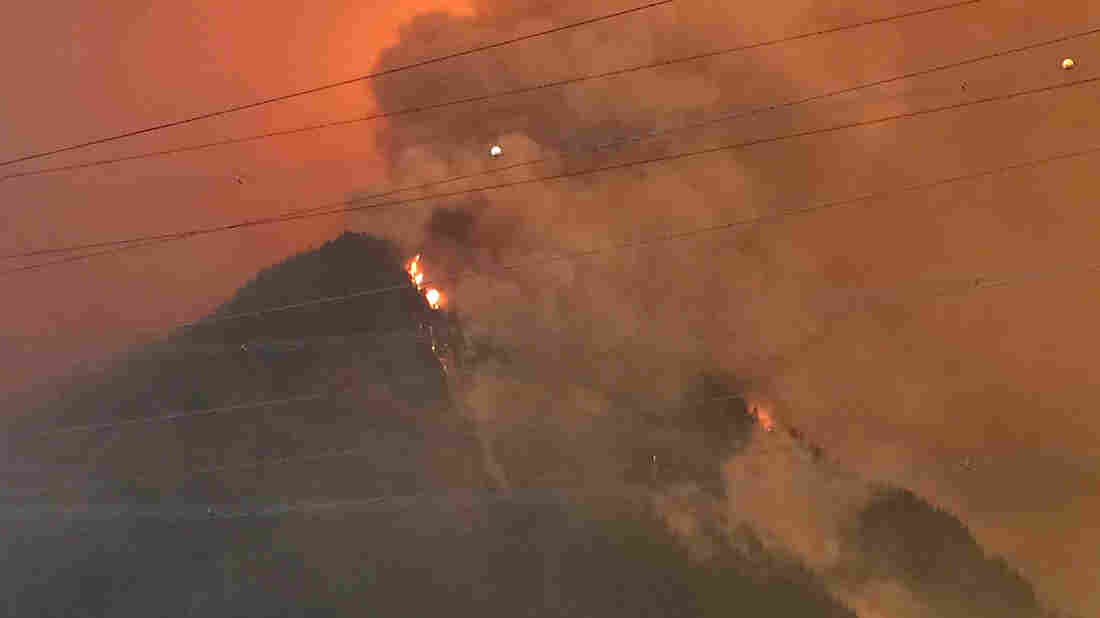 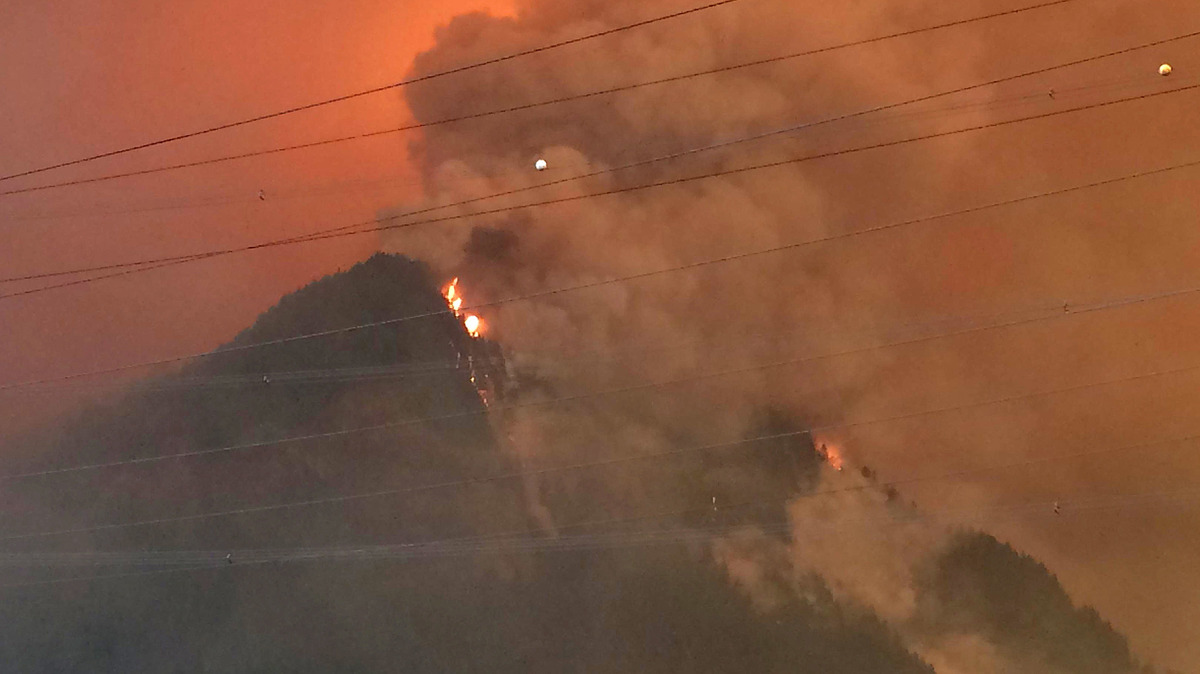 The Eagle Creek wildfire burns in the Columbia River Gorge east of Portland.

Police say they have identified a 15-year-old boy suspected of setting off fireworks that may have sparked a massive wildfire raging outside Portland, Ore.

"It is believed he and others may have been using fireworks which started the forest fire along the Eagle Creek Trail," Oregon State Police said in a news release.

Authorities say an investigation is still underway into the blaze that started Saturday and has so far consumed more than 30,000 acres of forestland, choking the air and raining down ash on the nearby metropolitan area.

No charges have been filed, and police are asking anyone with information about the cause of the blaze to step forward. But fire officials say they are certain it is human-caused.

"I saw this boy lob a smoke bomb down into the ravine," hiker Liz FitzGerald told Willamette Week. "I saw his friend or a guy that was there with him videotaping it with his phone. I looked over, and I said, 'Do you realize how dangerous that is?' "

FitzGerald said she got out of harm's way and helped police track down the group of teenagers.

The flames have led to the closure of part of Interstate 84. Hundreds of homes have been evacuated so far in Oregon and neighboring Washington state, and officials say more could be coming.

"Fire burning right along a major interstate, closing 40 miles of road, threatening homes — this is a big deal," Dave Thompson, a spokesman for the Oregon Department of Transportation told The Oregonian. "This happened fairly suddenly. It blew up."

The blaze, ignited along a popular hiking trail, moved quickly enough to strand more than 140 hikers Saturday in the Columbia River Gorge National Scenic Area, according to local media.

The Spokesman-Review reports that the hikers banded together to ensure nobody was left behind, and that when one person struggled, the group would stop to provide assistance. An Air Force medic and a U.S. Forest Service worker met up with the group and helped coordinate a rescue.

Firefighters hovering overhead in a helicopter were able to lower directions toward a safe passage via a yellow ribbon.

As the group tried to make its way out, according to the newspaper, the flames came as close as 300 yards. They hiked into the night, some people using their cellphones to light the way over creeks and bridges. At one point, they lay down to rest.

"Some people were trembling. We were all cold on the ground," hiker Merribeth Midtlyng told the newspaper. "A bear actually came into our area and no one stirred. ... After all we'd been through, it seemed irrelevant to our circumstances."

A group of firefighters armed with provisions reportedly reached the group by early morning Sunday and led them 11 miles toward waiting buses that took them to safety.

Oregon Public Broadcasting reported Wednesday that the fire was at 0 percent containment. Fire officials say the estimated containment date is not until the end of the month.

Since it began over the weekend, the Eagle Creek Fire has merged with a second blaze, called the Indian Creek Fire. On Tuesday night, the Multnomah County Sheriff's Office tweeted that "the fire has slowed way down for now."

The National Weather Service Portland said early Wednesday that thanks to shifting winds, the ash that had been raining down on parts of the city Tuesday should be ending and that the air quality should be improving.

There is unhealthy #AirQuality across the PDX metro this morning. #AirQuality should slowly improve in the coming days. pic.twitter.com/4hhDXOMWVR

The Eagle Creek Fire is one of dozens of wildfires burning across the Western United States. The Oregonian has compiled an interactive map of all of the current active wildfires across the West.