Accessibility links
Hurricane Irma Portends New Woes For Debt-Stricken Puerto Rico : The Two-Way The U.S. territory filed to restructure billions in debt earlier this year. Those economic straits threaten to hobble the island's ability to cope with the effects of the Category 5 hurricane. 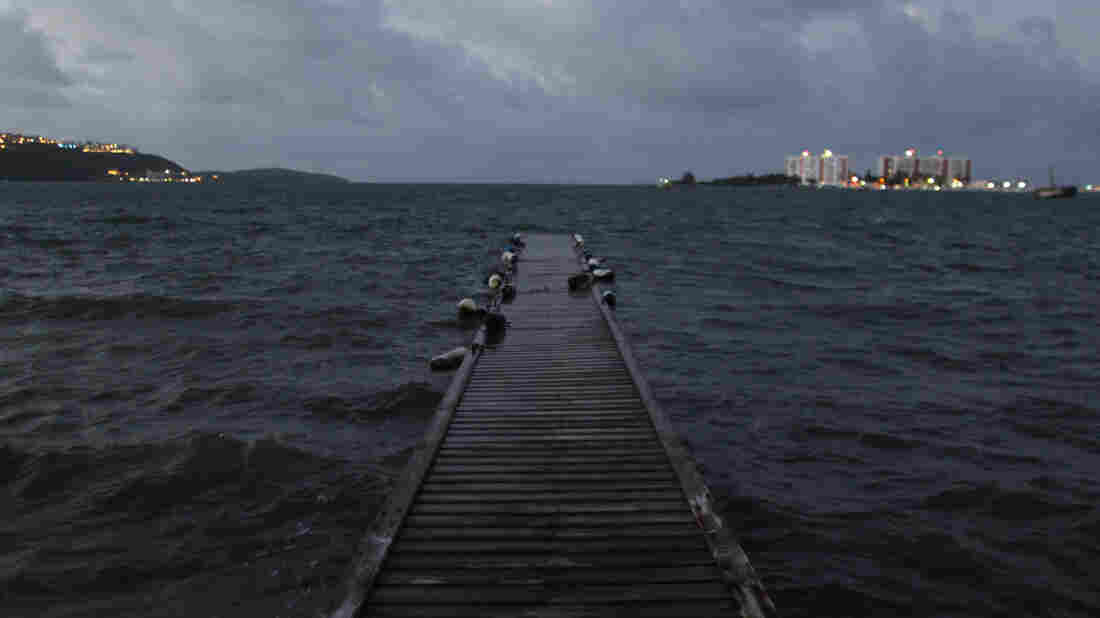 Seawater rises with the approach of Hurricane Irma, which threatened to overwhelm a jetty in Puerto Rico on Tuesday. The U.S. territory of some 3.4 million people has struggled to pay its debts — even filing earlier this year for a procedure similar to bankruptcy, and a natural catastrophe could compound that fiscal pain. Ricardo Arduengo/AFP/Getty Images hide caption 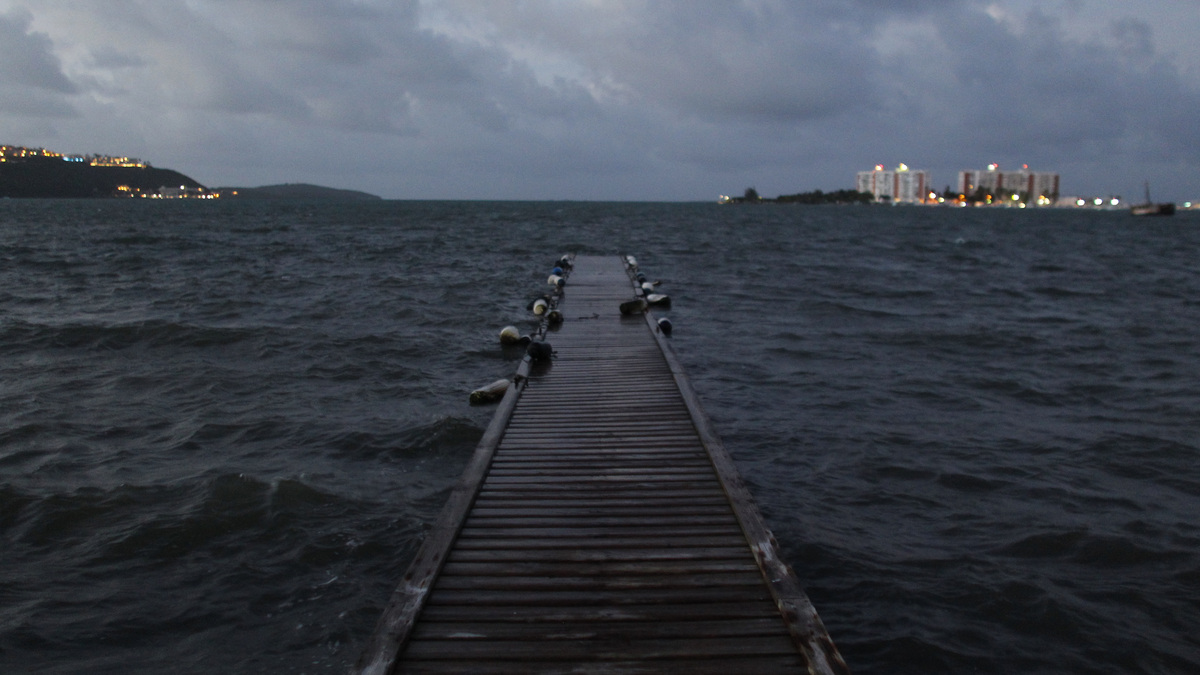 Seawater rises with the approach of Hurricane Irma, which threatened to overwhelm a jetty in Puerto Rico on Tuesday. The U.S. territory of some 3.4 million people has struggled to pay its debts — even filing earlier this year for a procedure similar to bankruptcy, and a natural catastrophe could compound that fiscal pain.

By all accounts, Hurricane Irma is a behemoth, a "potentially catastrophic" storm bearing 185-mph winds and the threat of devastation for the islands caught in its northwesterly course toward Florida. That threat packed an added wallop Wednesday for Puerto Rico, a U.S. territory already reeling from billions in debt.

Between public sector bills and pension fund obligations, Puerto Rico owes upwards of $120 billion — or about $35,000 for every one of its 3.4 million residents. The debt is a behemoth in its own right, so unmanageable that the territory had to file for a bankruptcy-like procedure crafted specifically for it by Congress.

Hurricane Irma Pushes Toward Puerto Rico, With Florida In Its Sights

Puerto Rico remains knee-deep in that debt-restructuring process and is likely to be for several years longer — which threatens to hobble the territory's ability to cope with the effects of a storm that, in Gov. Ricardo Rosselló's words, "is like nothing we've ever seen."

For now, officials have greenlit all necessary funds for dealing with the Category 5 hurricane. Irma's rains began lashing the island around midday Wednesday, likely trundling the worst of its winds to the waters just to the north in the evening, but Rosselló has made clear he is sparing no precautions.

In his executive order declaring a state of emergency, Rosselló required the territory's emergency agency to draw up an estimated budget but authorized all relevant services, including the National Guard, "to incur reasonable expenses" in deploying rescue and recovery efforts.

Executive Order of the Governor of PR, @ricardorossello, declaring a State of Emergency due to the imminent passage of Hurricane #IrmaPR pic.twitter.com/wVvHx8ehzN

To that end, he says the territory's budget has allotted a $15 million emergency fund.

In addition, Rosselló told NPR's Robert Siegel on Tuesday, the state of emergency allows local agencies access to federal funds "to make the appropriate purchases so that we can have the equipment necessary and the wherewithal to confront this potentially catastrophic situation."

Altogether, the U.S. Federal Emergency Management Agency has stationed more than 500 officials in Puerto Rico, and more than 450 shelters — which together can hold roughly 63,000 people — are available for residents, some of whom have already been told to evacuate parts of the island.

Still, the island's fiscal woes may undermine whatever long-term efforts might be necessary to get the island back on its feet.

Puerto Rico's government-owned utility defaulted on roughly $9 billion in debt in July, so far failing in its bid to update what The New York Times calls "antiquated generating plants." And the corporation's director, Ricardo Ramos, recently acknowleged it could take anywhere from less than a week to six months to recover power for people who lose it.

"The reality is that we have a weakened energy infrastructure," Rosselló told NPR, "and anything above a Category 3 hurricane hitting Puerto Rico would be devastating towards that infrastructure."

Indeed, there were already reports of power outages during the immense storm's approach.

What's more, Puerto Rico's population has dropped by a full 10 percent in the past decade, diminishing the territory's workforce, and the prospect of a new natural disaster has done little to inspire confidence that trend can be stemmed.

"Puerto Rico is struggling, and it's possible that this storm will add to its economic difficulties," Ted Hampton, a Puerto Rican bonds analyst at Moody's, told CNN. "It could leave a lingering economic mark, even with the availability of federal relief funds."

As Irma's effects make themselves felt on the island Wednesday, though, those worries remain for another day.

"We're hoping for the best; we're preparing for the worst — and asking our people to take the proper precautions," Rosselló said. "We've established all of the safe houses and the shelters that need to be put in place."