Accessibility links
What Goes Into Hurricane Forecasting? Satellites, Supercomputers And More : The Two-Way The latest hurricane models are using lightning-fast supercomputers to crunch ever-more data. And they're getting better.

What Goes Into Hurricane Forecasting? Satellites, Supercomputers And More

What Goes Into Hurricane Forecasting? Satellites, Supercomputers And More

Where will it go? How strong will it be? When will it hit? Those are the answers everyone wants — not the least of which are the hurricane forecasters themselves.

To get those answers, hundreds of millions of data points — everything from wind speeds to sea temperatures — pouring in from satellites, aircraft, balloons, buoys and ground stations are fed into the world's fastest computers and programmed with a variety of models at different resolutions, some looking at the big picture, others zooming in much closer. 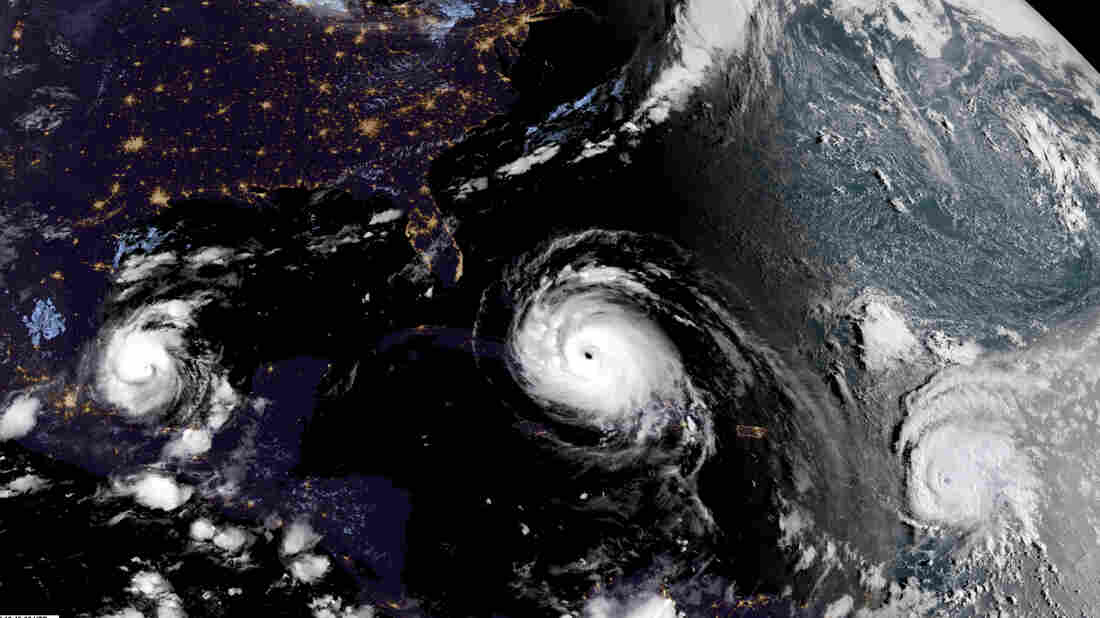 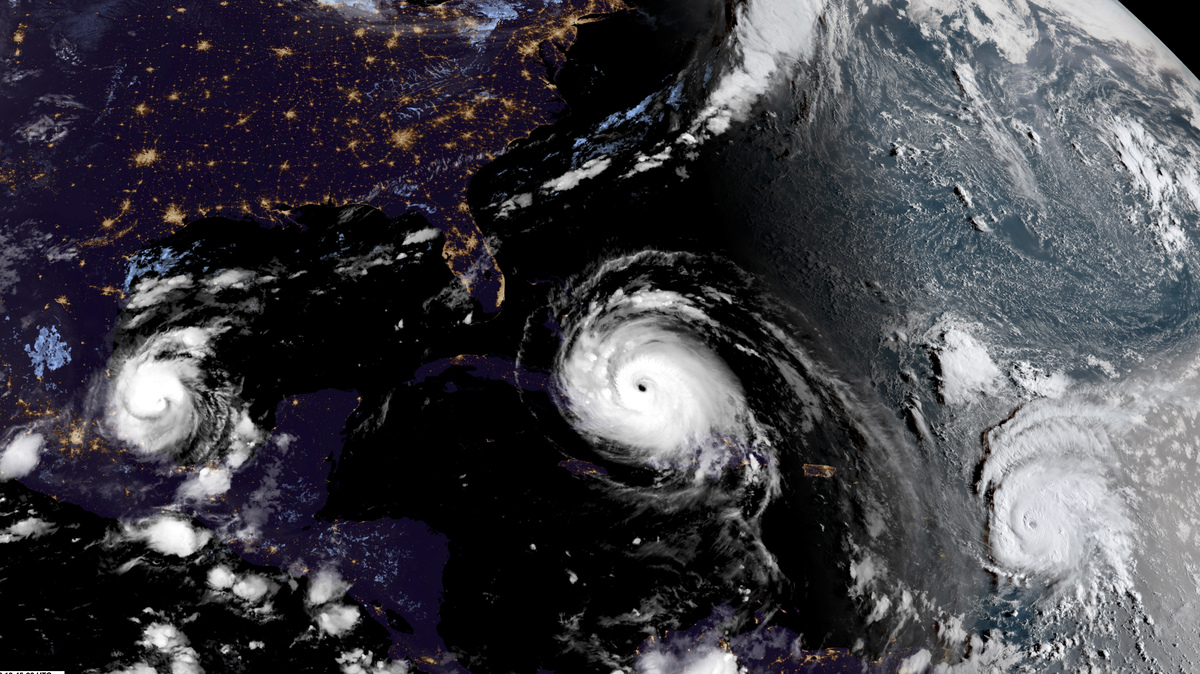 A satellite image captures the Atlantic hurricanes on Friday.

That data, collected by the National Oceanic and Atmospheric Administration and other forecast agencies around the globe, is processed and ends up on local weather reports.

"We have a whole suite of numerical forecast models ranging from those at the global scale, that have less spatial resolution, to other models that cover smaller domains, but have higher resolution," Christopher Velden, a senior researcher at the University of Wisconsin, Madison's Space Science and Engineering Center, tells NPR.

The advent of supercomputers and the more complex models they can accommodate has meant a revolution in forecasting as ever-more granular data can be packed into the input, Velden says.

"In the past, there was an incredible amount of satellite data that just dropped on the floor because we simply didn't know how to effectively ingest it all into the models," he says. "Now, with advanced data assimilation systems and supercomputing, more of the information content of that data is making it into the models, and improving forecasts."

The best known global-scale models are the European Center for Medium Range Weather Forecasting Model, or ECMWF, and Global Forecast System, or GFS, run by NOAA's National Centers for Environmental Prediction. Those models are used for all kinds of weather forecasting, not just hurricanes, so if you are something of a weather geek, you've no doubt encountered them before.

These two models, and a handful of others, are good at making predictions in forecasting hurricanes, especially where they will go.

"The best hurricane forecasting models we have are 'global' models that solve the mathematical equations governing the behavior of the atmosphere at every point on the globe," writes Jeff Masters, the director of meteorology at Weather Underground. "These models take several hours to run on the world's most advanced supercomputers."

The GFS and ECMWF models are run every six to 12 hours, but the more focused models, which have higher resolution and in some cases feed off near-real-time data, are run every three to six hours, according to Velden.

"We have a set of models specifically to forecast for smaller-scale events such as hurricanes, and they can telescope down to resolve the storm at convective scales," he says. "These can assimilate data in the inner core of the storm from reconnaissance aircraft."

Some models on so-called "spaghetti charts" of multiple tracks are run simply for historical or comparison purposes and are little heeded by forecasters, Brian McNoldy, a senior research associate at the University of Miami's Rosenstiel School of Marine and Atmospheric Science, told NPR in 2012.

The National Hurricane Center puts the top three or more models into a basket and produces a consensus forecast. The result is the track you see displayed on the NHC forecast webpage.

"If you average together the track forecasts from these models, the NHC official forecast will rarely depart much from it, and the NHC forecast has been hard to beat over the past few years," Weather Underground's Masters writes.

New models with improved methods to assimilate real-time high-resolution data from satellites and radars are emerging, but still being worked on, Velden says. "For this reason, some of the earlier models are still competitive with the newer ones."

#Irma is expected to move through the SE Bahamas today and approach south Florida on Saturday as a dangerous category 4 hurricane pic.twitter.com/83bh2woM43

According to data collected by the NHC, the error in its forecast tracks for tropical storms has shown a dramatic improvement since 2000, when it was, on average, off by about 130 nautical miles (150 miles). By 2016, the track error had been cut in half, to about 60 nautical miles (70 miles).

Getting that track right is critical and forecasters have put a lot of effort in recent years into refining their predictions, Velden says.

"Getting the model track forecast right can make a big difference on impacts," he says. "[With] Irma for example, the expected turn [north toward Florida] is all about timing; if that turn occurs six hours earlier or six hours later, it would make a world of difference in terms of local population and economic impact."

Will there ever be a perfect model?

"It depends on how you define 'perfect,' " Velden says. "If you want a model that can answer the question: 'Will Miami get hit in two days?' — yeah, I think we can do that. But if you want a model that can tell the guy who owns a house in North Miami whether he'll get 100-mph winds with 100 percent certainty two days in advance, I don't think we'll see that anytime soon."