Accessibility links
How To Help As Florida Is Dealt 'Catastrophic' Blow From Irma : The Two-Way "Your efforts could make the difference a family needs to get through this storm," Gov. Rick Scott said.

How To Help As Florida Is Dealt 'Catastrophic' Blow From Irma

How To Help As Florida Is Dealt 'Catastrophic' Blow From Irma 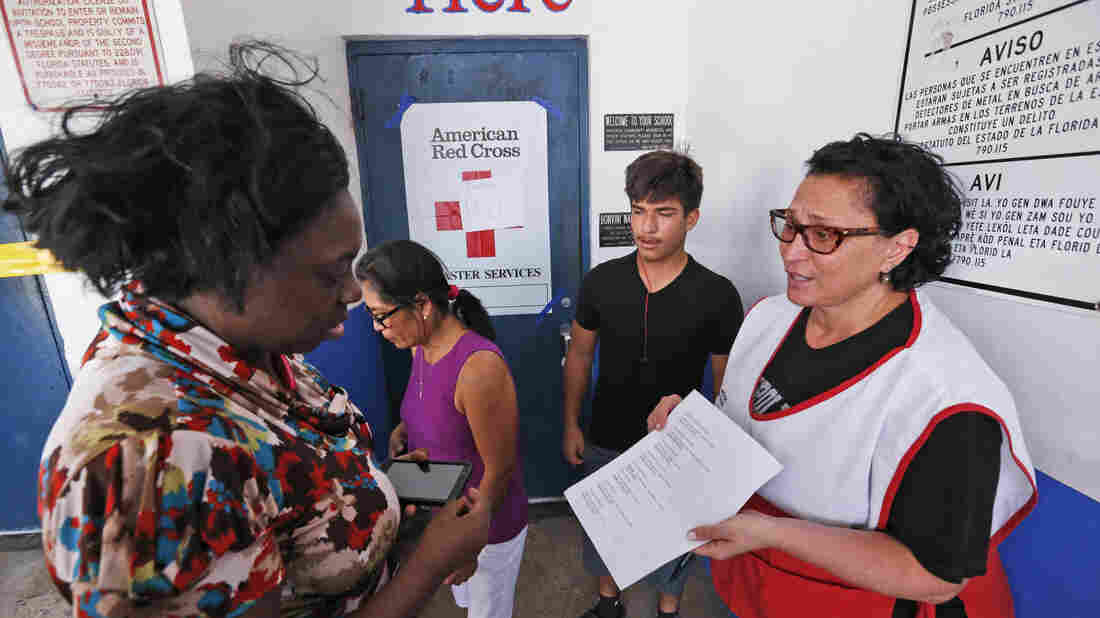 A Red Cross volunteer at a full shelter in Miami on Friday points out shelters with availability. Wilfredo Lee/AP hide caption 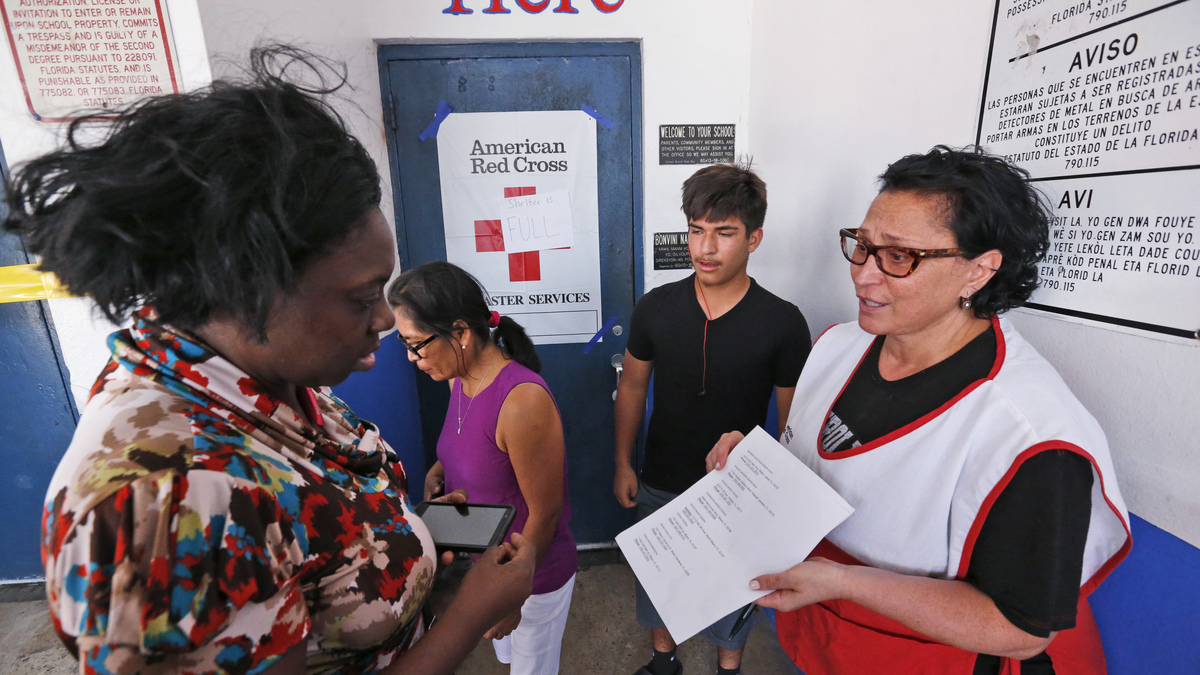 A Red Cross volunteer at a full shelter in Miami on Friday points out shelters with availability.

Hurricane Irma's punishing winds and life-threatening storm surge have already left an imprint, and there is more catastrophic damage expected to come as Irma takes a projected path up Florida's west coast.

Irma has killed at least 22 people and left devastation over parts of the Caribbean.

Stateside, the extent of the damage may not be known for days — until the storm dissipates and emergency workers can fan out to assess and provide aid.

Yet by Sunday, the day the eye made landfall in the Florida Keys, a picture of the destruction was already becoming clear: more than a million Florida homes and businesses were without power, more than 6 million Floridians were warned to evacuate and more than 100,000 people were holed up in emergency shelters.

Irma's force is formidable, but feelings of helplessness can be converted into action.

"Your efforts could make the difference a family needs to get through this storm," said Florida Gov. Rick Scott at a press conference earlier in the week. "So please volunteer."

-- With hundreds of emergency shelters in operation, volunteers are needed to staff them. You can sign up online with the state-run Volunteer Florida and receive shelter training or call 1-800-FL-Help-1. Officials say more than 17,000 Floridians have already signed up to volunteer.

-- The American Red Cross is on the ground, having already deployed about 1,000 volunteers, but it is asking for more to serve food, load and unload trucks and set up facilities, among other duties.

-- Officials are seeking other workers who have a "specialized healthcare skill." Such workers "would be incredibly helpful," a spokesperson with the Florida State Emergency Operations Center tells NPR.

-- Airbnb, the online rental site, lets hosts in the region offer their homes at no charge to Irma evacuees.

-- The American Red Cross is accepting money for food, shelter and "emotional support" for Irma victims.

-- GoFundMe, the crowdfunding site, gives people the opportunity to either raise funds or donate to hurricane relief efforts.

-- The Salvation Army is providing thousands of meals throughout the state and says the best way to help is with a monetary donation.

-- Save the Children is mobilizing teams and supplies with a focus on the needs of children and babies. Donors can text IRMA to 20222 to give $10 to the organization's Irma relief fund.

Why money may be best

USAID's Center for International Disaster Information says money given to "established relief agencies" is "always the best way to help," and that donated items can sometimes hurt more than help.

"Many Americans respond to disasters by collecting food, clothing and household items for people in need," the agency says on its website. "These donations require transportation — which is expensive and logistically complicated — and a pre-identified recipient on the ground who will receive the shipment, pay customs and other fees, sort and distribute the items."

To ensure that your money is going toward a reputable charity, The New York Times reports you can:

"[C]heck whether it has been rated or accredited by an organization like Charity Navigator, Charity Watch or the Better Business Bureau. These might not cover smaller, community-based charitable organizations. But you can read useful tips about choosing a charity from the Federal Trade Commission."