Accessibility links
The Rubble And Recovery Of U.S. Virgin Islands: 'Will We Survive The Aftermath?' : The Two-Way Irma's earliest American victims fear they will be forgotten by the mainland. Largely reduced to wreckage, the U.S. territory is now struggling to pick up the pieces. 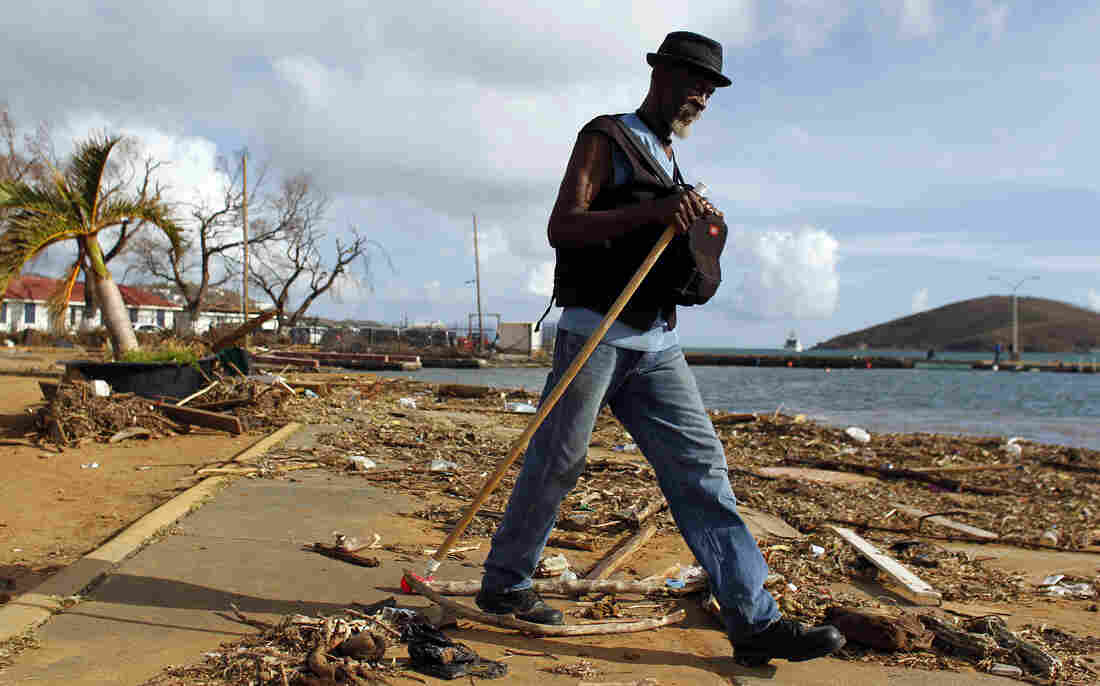 A man walks past debris Sunday on St. Thomas, in the U.S. Virgin Islands. Days after Hurricane Irma smashed through the U.S. territory on its way to Florida, residents say they barely recognize their homes. Ricardo Arduengo/AP hide caption 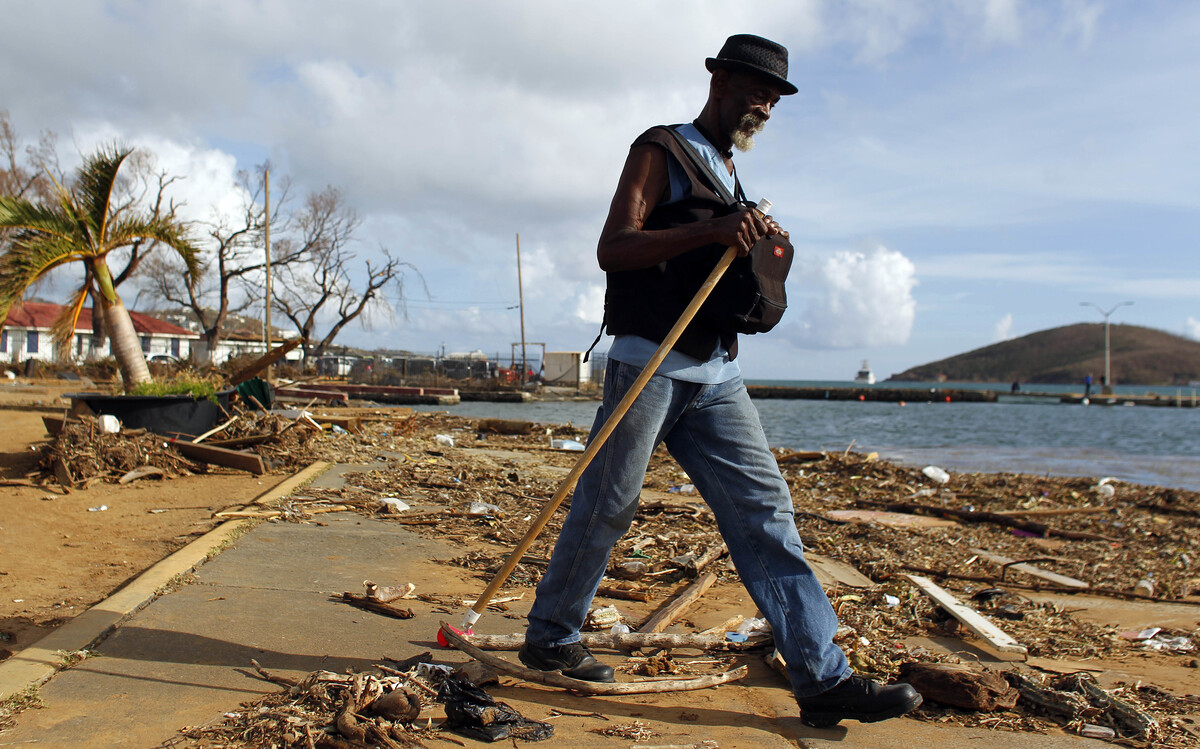 A man walks past debris Sunday on St. Thomas, in the U.S. Virgin Islands. Days after Hurricane Irma smashed through the U.S. territory on its way to Florida, residents say they barely recognize their homes.

Even as Hurricane Irma was bringing its might to bear on the west coast of Florida, there was one thing that could not be buried by the immense storm's winds: all the wreckage those winds have made of the Caribbean.

From Antigua to Cuba, the string of small islands so often considered tourist paradises endured the hellish brunt of a Category 5 hurricane.

Smack in the center of that path were the U.S. Virgin Islands, a territory torn apart with the storm's arrival Wednesday. Now, days later, many on the islands fear the focus of their fellow Americans will be irreversibly drawn to the mainland, while they're left to pick up the pieces.

The Associated Press reports that of the at least 24 people who were killed by Irma in the Caribbean, at least four people died in the U.S. territory.

"This is a horrific disaster. There will be no restorations or solutions in days or weeks," U.S. Virgin Islands Gov. Kenneth Mapp told reporters Saturday. "Let's manage our expectations." 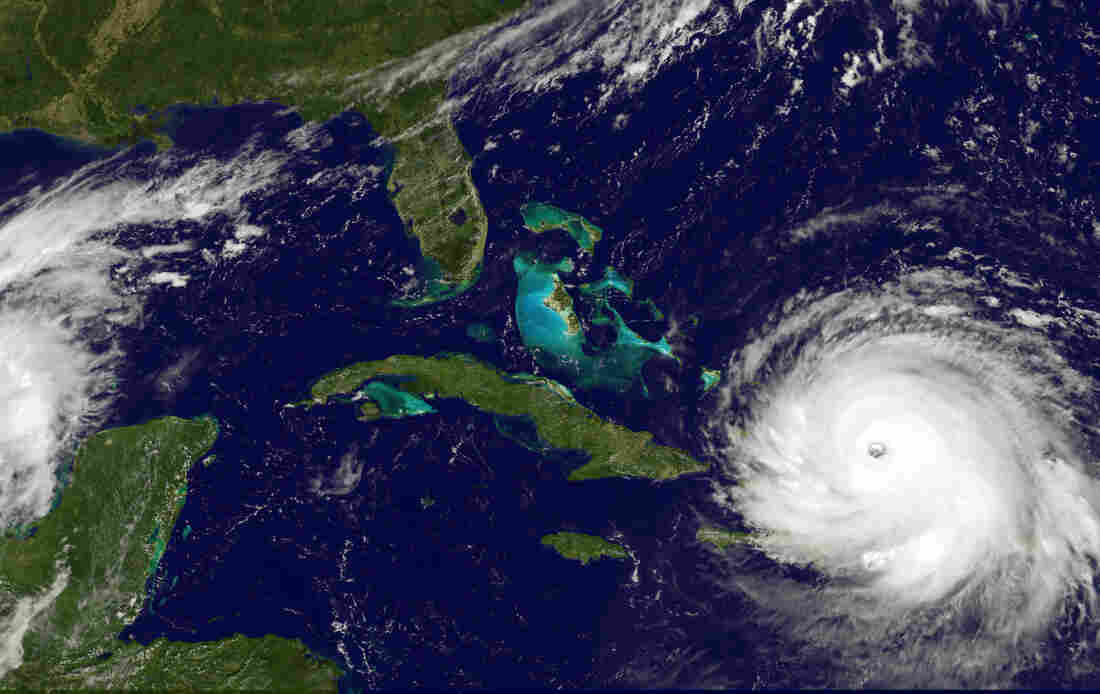 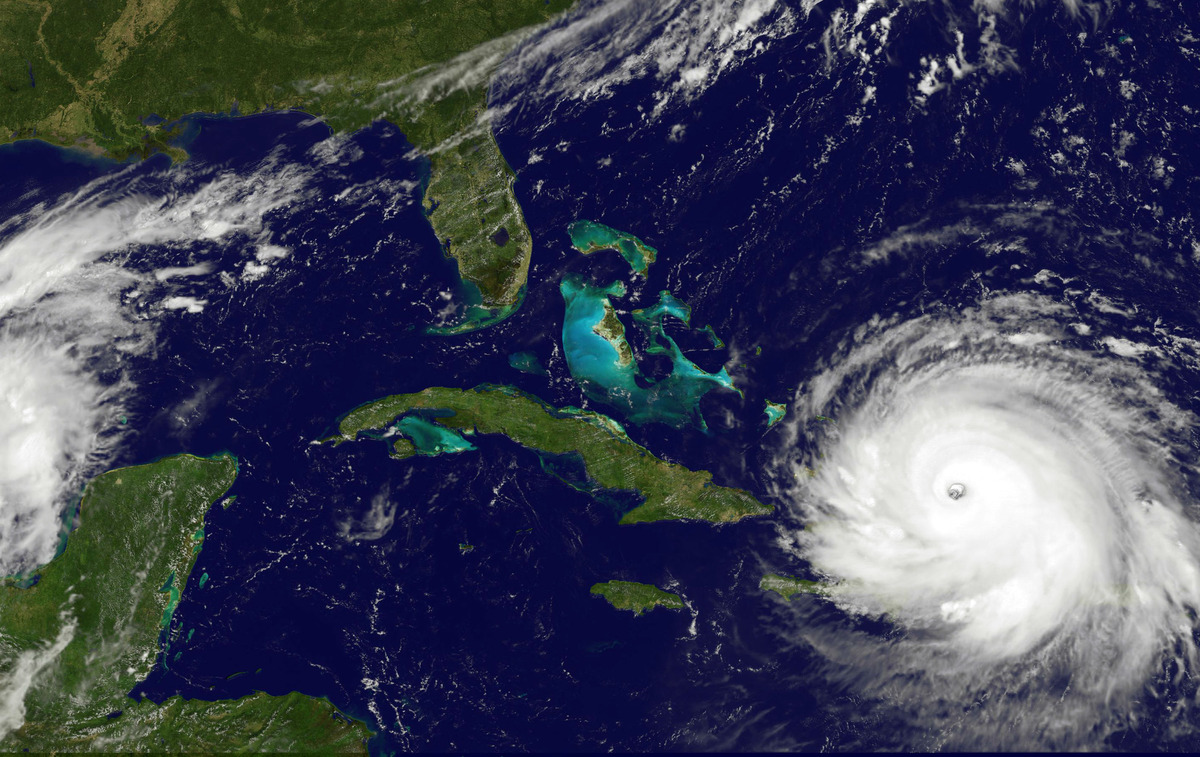 The Virgin Islands are impossible to find in this satellite image, still completely covered by Hurricane Irma's outer bands as the storm moves northwest on Thursday.

Mapp said St. Croix, an island spared the worst of Irma's effects, has become the temporary staging area for delivering relief supplies to the rest of the U.S. and British Virgin Islands. On St. Croix are aircraft, troops — and residents such as Elizabeth Smith, who told NPR about the situation faced by the territory four days after the storm's departure.

The other two major islands in the U.S. territory, St. John and St. Thomas, are still "not safe," Smith wrote in an email Sunday.

"No power, no running water, no cell service. The only hospital on St. John faced catastrophic failure during the storm," she said, later clarifying over the phone that she was referring to the hospital on St. Thomas. "Patients with life threatening injuries were evacuated to hospitals in Puerto Rico and St. Croix."

Smith reports obstacles to obtaining assistance from the Federal Emergency Management Agency, including the fact that the stations distributing food or water in rations are difficult to find without power or cell service. 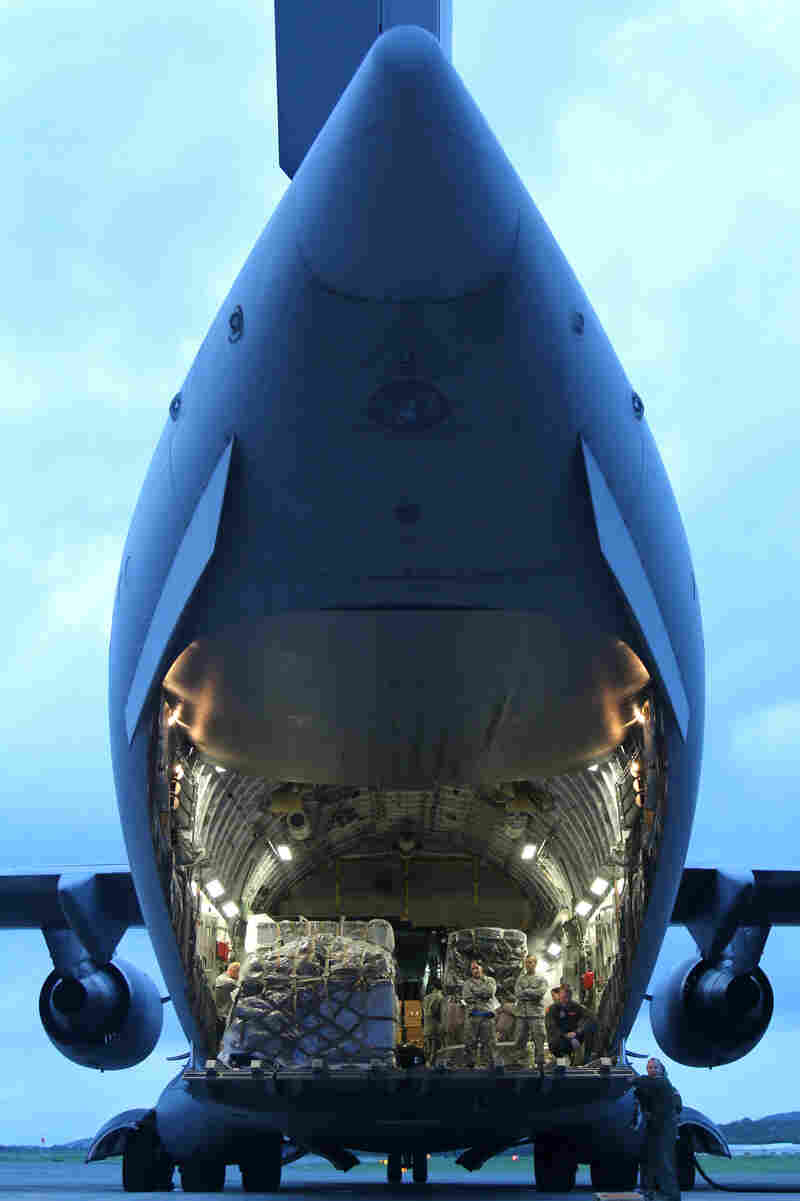 Meanwhile, the State Department continues to coordinate evacuation efforts for U.S. citizens who remain on St. Martin — an island half by the Dutch and half by the French — administered through social media, radio and in reaching out to hotels and Airbnb locations, spokesperson Heather Nauert said in a statement.

The department warned passengers arriving at the island's Princess Juliana International Airport, "there is no running water at the airport and very limited shelter."

Several cruise lines have offered their ships to assist in recovery efforts, sending them fully stocked to usher tourists to safety off the islands, according to the Miami Herald.

"We have been such a part of the Caribbean and South Florida communities for so many decades. We are worried and anxious," Michael Bayley, president and CEO of Royal Caribbean International, told the Miami paper. "At the end of the day, we want to try to help as much as we can."

Retired NBA star Tim Duncan also pitched in, saying in a post on The Players Tribune he is donating $250,000 to "storm relief efforts in the U.S. Virgin Islands" — and promising to match other donations up to the first $1 million. He also noted he would charter a plane to help shuttle supplies to St. Croix, where the future Hall of Famer grew up.

"I've been thinking a lot about my old neighborhood in St. Croix, where I recently took my kids. I showed them where I used to play with my friends when I was their age. I showed them my high school," Duncan wrote. "Now I'm asking myself, What will still be there after the storms?"

An aerial view of the Virgin Islands — both British and U.S. — shows in stark terms just what is left now: roofs torn off houses, trees uprooted, whole neighborhoods turned into rubble under the weight of the storm.

St. John resident Stephanie Stevens told NPR of a school pulled apart, its roof looking "like somebody took the individual sheets of metal and twisted it like a washcloth before they threw it everywhere all over the ground."

Laura Cockford, whose mother had been visiting St. John at the time of the storm, put the matter plainly on Friday: "The island is destroyed."

When 14-year-old Margaret McConnell walked outside the morning after the storm passed St. Thomas, "the sky was dull, gray, and lifeless," she wrote in a long note relayed to NPR by her sister. "The trees all looked to be dead. Our once green and flamboyant yard was brown and ugly. It did not feel like my home that I had always known. "

"Everything on the side of the road was ruined," McConnell added. "Was this really St. Thomas? How could this have happened?"

Stevens sounded a note of hope in her dispatch, telling of collaboration in the recovery efforts.

Still, Smith counterposed that optimism with stories of lawlessness and rampant looting, saying this teamwork won't be enough on its own.

"We need help," she says. "We need the United States government to step up. We need military. We need security. We all survived this monster storm. But will we survive the aftermath?"

An earlier version of this story included a photo of Leverick Bay in the British Virgin Islands that was wrongly identified in a caption from The Associated Press as being in the U.S. Virgin Islands.