Accessibility links
'Monkey Selfie' Lawsuit Ends With Settlement Between PETA, Photographer : The Two-Way Wildlife photographer David Slater has agreed to donate 25 percent of future revenue from photos taken by a macaque in 2011 to conservation efforts. 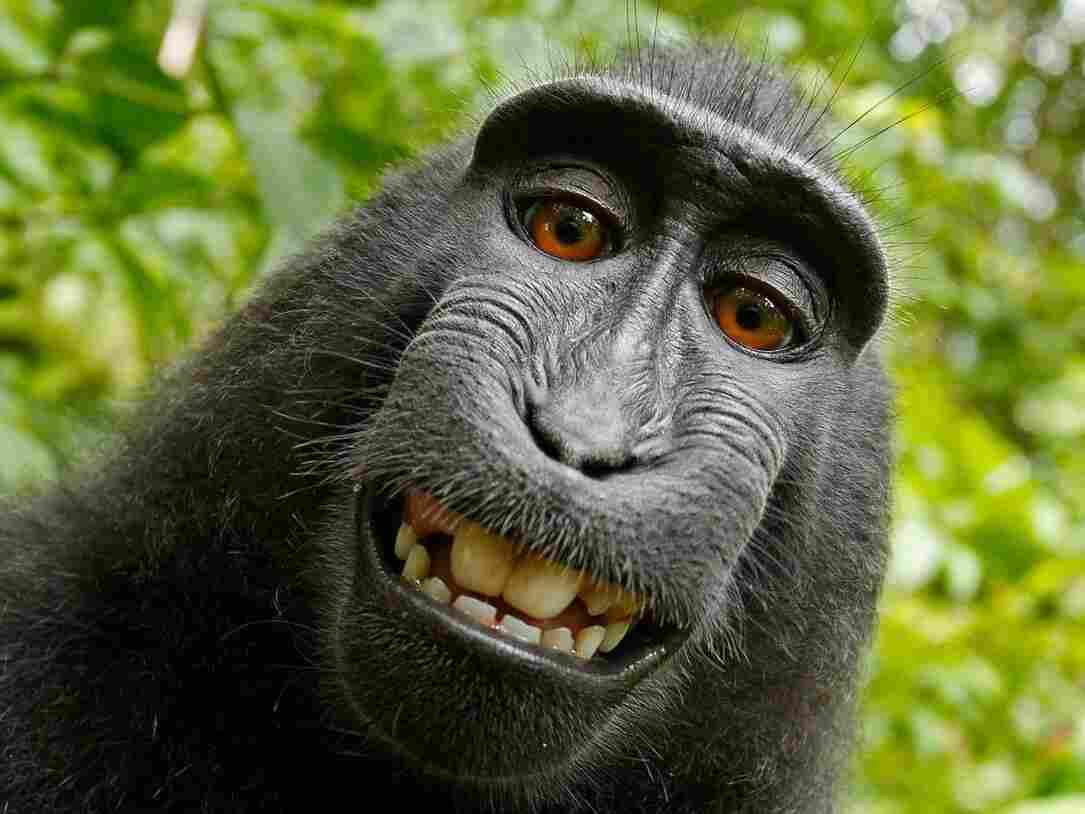 Naruto, a macaque, took this self-portrait in 2011 with a camera owned by photographer David Slater. The photo has been the subject of a years-long copyright battle. David Slater via Wikimedia Commons hide caption 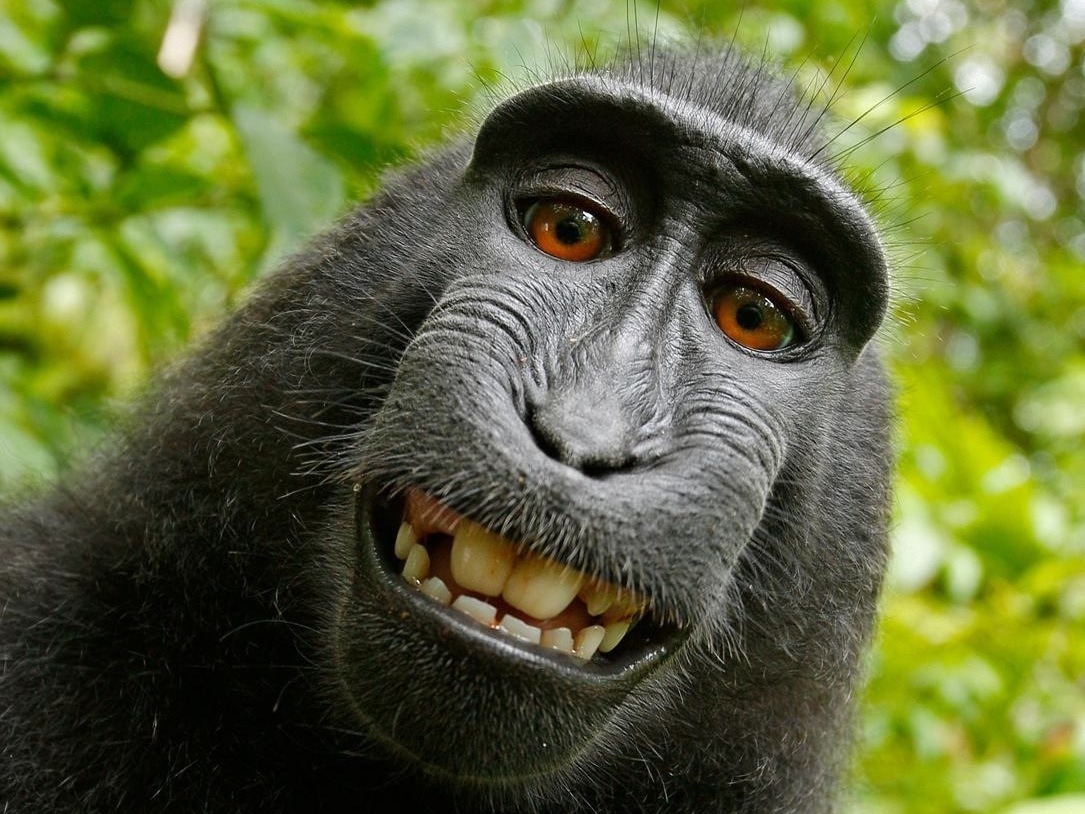 Naruto, a macaque, took this self-portrait in 2011 with a camera owned by photographer David Slater. The photo has been the subject of a years-long copyright battle.

Back in 2011, Naruto was just an anonymous macaque in the jungles of Indonesia. On one particular day, however, the photogenic primate happened upon a wildlife photographer's camera and snapped a "monkey selfie."

Whether the act was intentional or a quite-too-literal instance of monkeying around, only the grinning primate knows for certain. But it raised a complicated question: Who owns the images Naruto took, the monkey or the man?

It also started a years-long saga in which the U.S. Copyright Office and even Wikipedia weighed in.

On Monday, People for the Ethical Treatment of Animals announced a settlement with photographer David Slater, ending a lawsuit it filed on Naruto's behalf. Under the deal, Slater agreed to donate 25 percent of future revenue from the photos to groups that protect crested macaques and their habitat in Indonesia. Both sides also asked the 9th U.S. Circuit Court of Appeals "to dismiss the case and throw out a lower court decision that said animals cannot own copyrights," The Associated Press reports.

"PETA and David Slater agree that this case raises important, cutting-edge issues about expanding legal rights for nonhuman animals, a goal that they both support, and they will continue their respective work to achieve this goal," read a joint statement on the group's website.

PETA filed the suit in 2015, and early last year, U.S. District Judge William Orrick wrote in a tentative opinion that there was "no indication" that the U.S. Copyright Act extended to animals.

As The Two-Way has noted, "The U.S. Copyright Office, since the dispute began, has specifically listed 'a photograph taken by a monkey' as an example of an item that cannot be copyrighted." (That also extends to artworks by elephants.) Similarly, Wikipedia's parent organization refused to remove Naruto's photo from its commons, citing the same reasons.

It bears repeating here that it was the monkey that pressed the shutter on Slater's camera, as the photographer was in Sulawesi, Indonesia. Since then, the selfie has become something of a personal brand for Slater, who sells signed copies of the print through his website. A notice on the site states: "As of July 2017, I will be donating 10% of your purchase towards a monkey conservation project in Sulawesi."

Slater's attorney did not answer questions about how much revenue the photos have generated or whether Slater or his company, Wildlife Personalities, which holds a British copyright, would keep the remaining proceeds, according to the AP.