Accessibility links
Officers In Freddie Gray Case Won't Face Federal Charges : The Two-Way The Justice Department says it can't meet the legal standard to prove that six officers intended to harm Gray after he was severely injured in the back of a police van. 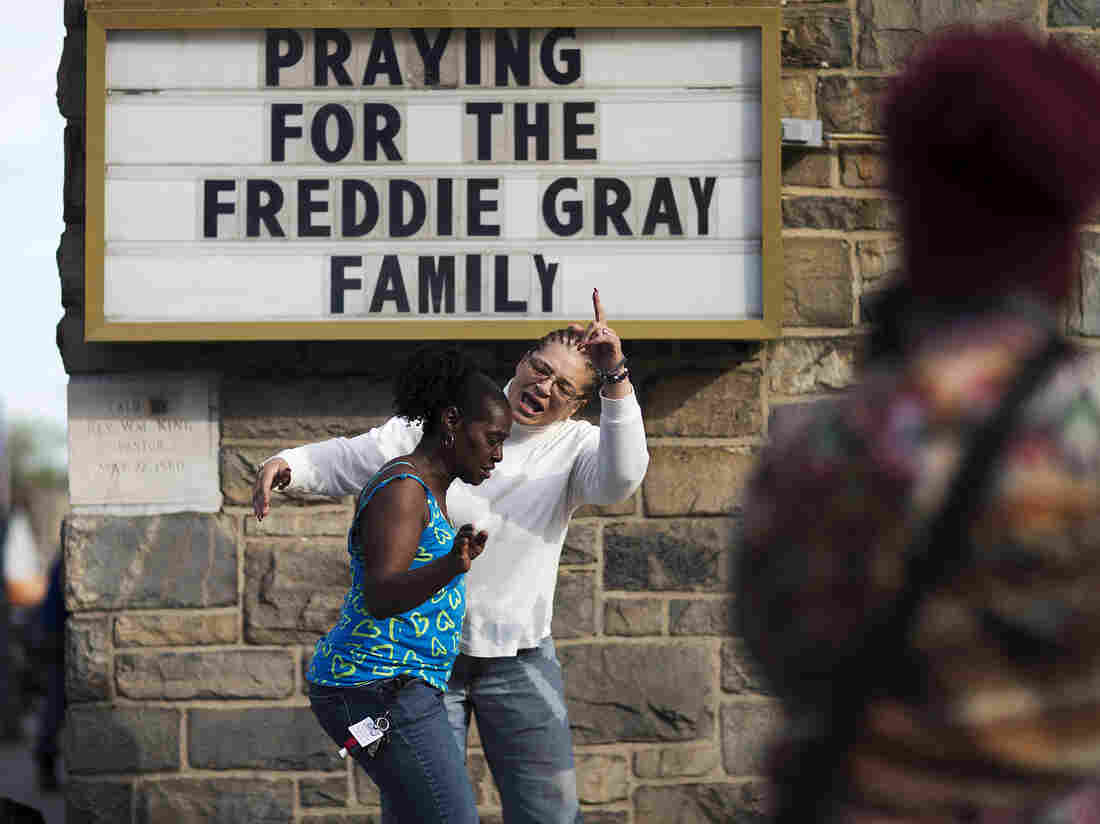 Women dance and pray to music over a loudspeaker outside a church following the funeral for Freddie Gray in 2015. David Goldman/AP hide caption 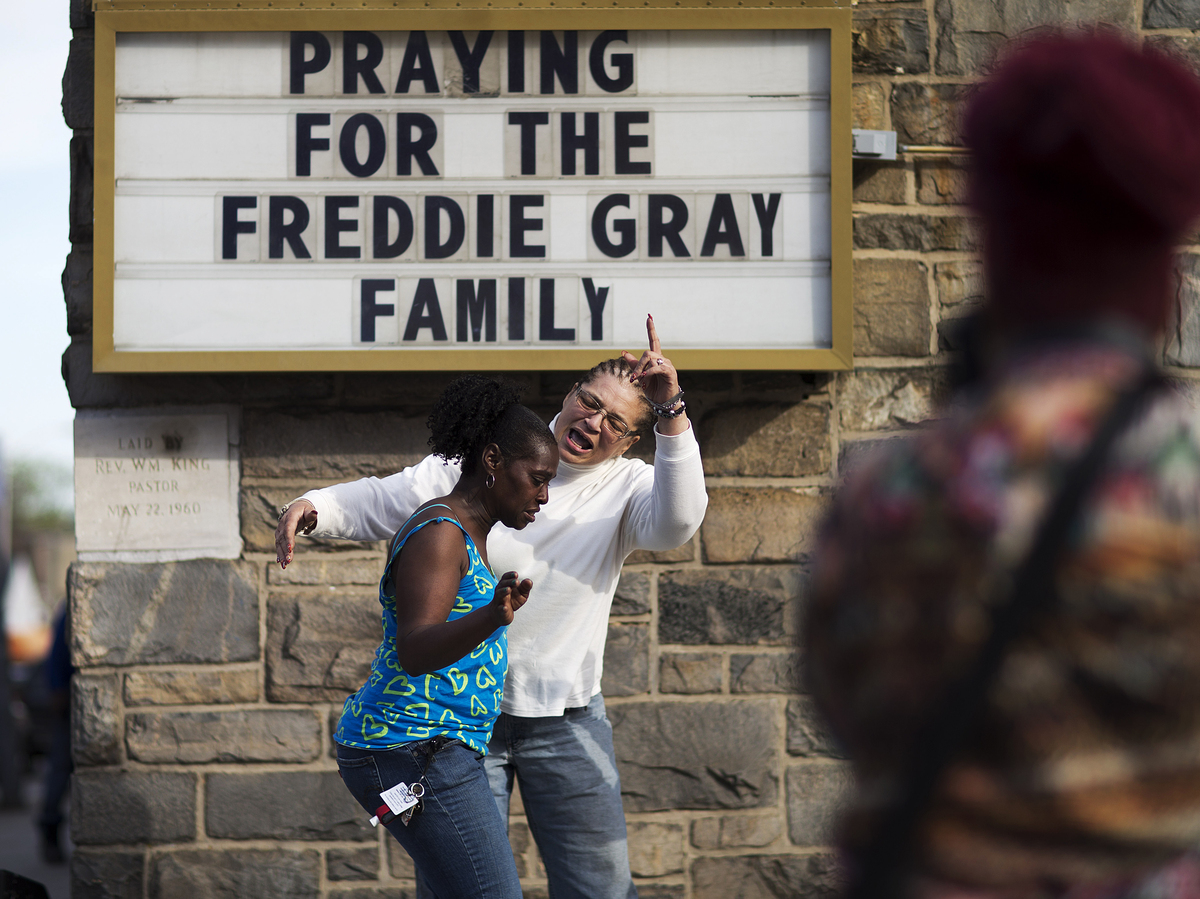 Women dance and pray to music over a loudspeaker outside a church following the funeral for Freddie Gray in 2015.

The Department of Justice will not bring civil rights charges against six Baltimore police involved in the arrest and death of Freddie Gray, the young black man whose death caused widespread violent protest in that city in 2015.

The decision, first reported by the Baltimore Sun, was confirmed by the department late Tuesday. In a detailed nine-page statement, the department said its officials determined that "the evidence is insufficient to prove beyond a reasonable doubt" that the officers involved in Gray's arrest "willfully violated" his civil rights.

"Accordingly, the investigation into this incident has been closed without prosecution," the statement concluded.

The 25-year-old Gray was arrested and taken into custody on April 12, 2015, in West Baltimore. He was placed in a police van, handcuffed behind his back and with his legs shackled, but not restrained with a seat belt. During the transport, he suffered a broken neck and lost consciousness. Gray died about a week later.

The incident set off riots by angry residents who have long complained about police abuses in that city.

'Stains On The Sidewalk': Photographer Remembers Year Of Murders In Baltimore

However, the department's decision was not unexpected. In the aftermath of Gray's death and the ensuing violence, local authorities brought charges, ranging from manslaughter to reckless endangerment, against six police officers involved in arresting and transporting Gray. Three officers were acquitted and charges against three others were dropped.

Five of the officers still face police department disciplinary hearings scheduled for the end of October.

Proving a federal case against the officers would likely have been even more difficult than prosecuting the local charges. Federal prosecutors would have to prove "that the officer acted with the specific intent to do something the law forbids," according to the DOJ statement. For example, the department said it could not prove that the driver of the police van, Officer Caesar Goodson, intentionally gave Gray a "rough ride" in order to cause him harm.

Still, Gray's death had repercussions. It led to the firing of then-police Commissioner Anthony Batts. Under the Obama administration, the DOJ launched an investigation of the Baltimore Police Department. In a report released last year, the department concluded that the "BPD makes stops, searches and arrests without the required justification; uses enforcement strategies that unlawfully subject African Americans to disproportionate rates of stops, searches and arrests; uses excessive force; and retaliates against individuals for their constitutionally-protected expression." The department and city agreed to court-enforceable reforms.