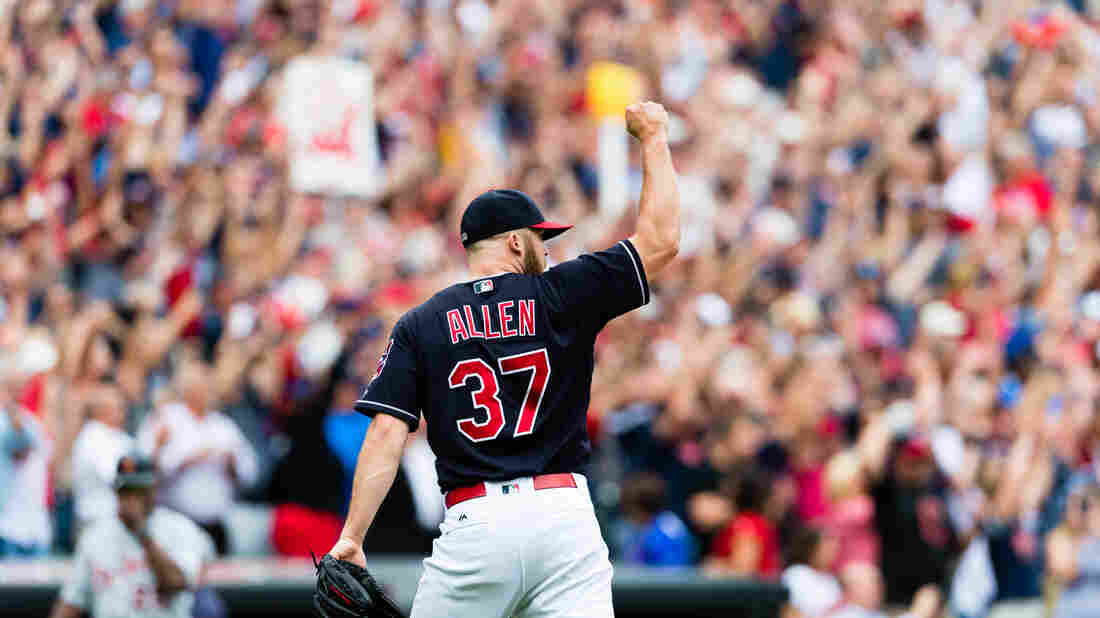 Closing pitcher Cody Allen of the Cleveland Indians celebrates after the last out Wednesday to defeat the Detroit Tigers at Progressive Field in Cleveland. The Indians defeated the Tigers for their 21st straight win, setting the American League record. Jason Miller/Getty Images hide caption 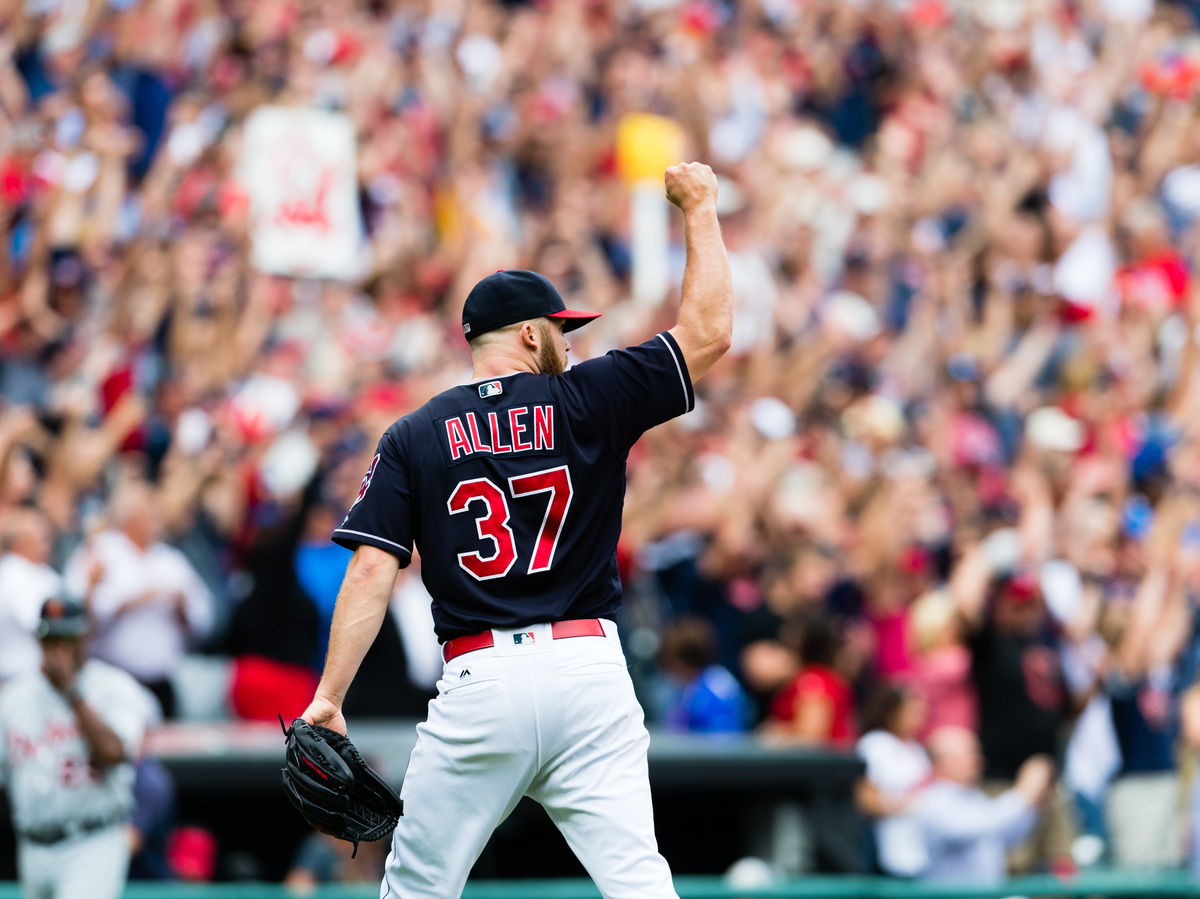 Closing pitcher Cody Allen of the Cleveland Indians celebrates after the last out Wednesday to defeat the Detroit Tigers at Progressive Field in Cleveland. The Indians defeated the Tigers for their 21st straight win, setting the American League record.

"You know everyone talks about the streak and being consumed with it," rightfielder Jay Bruce told MLB.com. "What consumes us is the daily kind of schedule and game we have to get ready for."

The major league record is 26 straight wins by the New York Giants in 1916, though there was a tie during that streak as well. To claim that record, Cleveland will have to sweep the Kansas City Royals at home before taking two games from the Los Angeles Angels in Anaheim, Calif.

The Cleveland Indians are chasing a Major League Baseball record that few teams in the modern era have managed to accomplish.

Baseball fans and moviegoers alike will remember that team.

The 2011 movie Moneyball, starring Brad Pitt, told the story of how the A's used detailed statistics to assemble a roster of underappreciated, low-salaried players 15 years ago who went on to become a powerhouse team that won 20 straight games.

The A's finished first in the American League West that season with a record of 103-59.

The Indians will go for 21 straight wins when they play the Tigers Wednesday afternoon in Cleveland.

Tying that record would be bittersweet. The 2016 Cubs beat the Indians 4-3 in last season's World Series. Cleveland had taken a three-games-to-one lead in the best-of-seven series.

The Indians, however, haven't let that loss define them.

Cleveland's winning streak began last month in Boston, and as the streak has continued, the team has done its best to keep it from being a distraction.

The Associated Press reports that Indians Manager Terry Francona has been downplaying the streak but chooses his words carefully whether he's talking to reporters, family or friends:

"I got one really good buddy, one of my best friends, but he's notoriously bad luck," Francona said. "Everybody kind of refers to him as like the gray cloud. He knows who he is and you talk about superstitions, I will not talk to him. He is a text only."

If Cleveland wins later Wednesday — and they've already beaten the Tigers six times during the streak — they can challenge the record held by the 1916 New York Giants.

The Giants had an unbeaten streak of 27 games, but that included a tie. Baseball views the Giants' winning streak of 26 games as the longest in history.

Steve Hirdt, executive vice president at the Elias Sports Bureau, which is Major League Baseball's official record keeper, is asked all the time which record he would like to see broken.

He tells The Associated Press that he is "eager to see if Cleveland can topple the Giants' gigantic mark."

Editor's note: We've removed a photo that showed the team's mascot from this page. NPR's policy on "potentially offensive language" also applies to images posted online. The policy begins by stating that "as a responsible broadcaster, NPR has always set a high bar on use of language that may be offensive to our audience." We should have applied that guidance to the earlier photo.