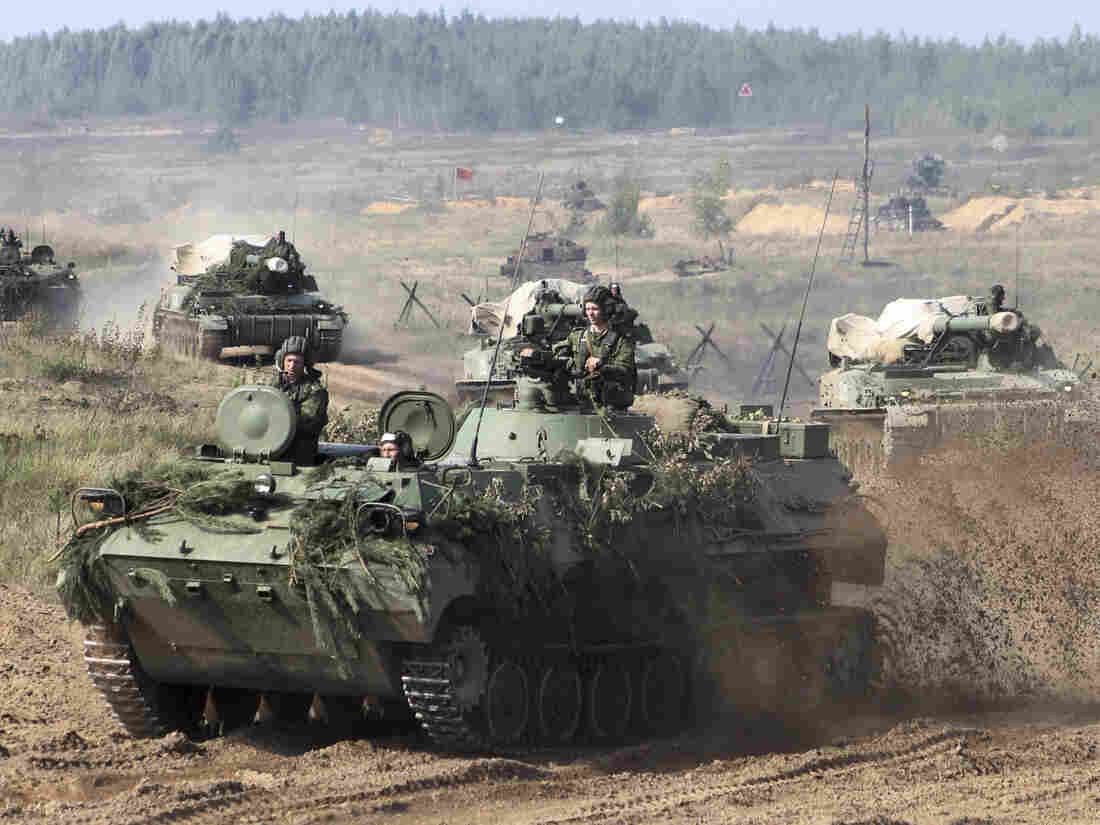 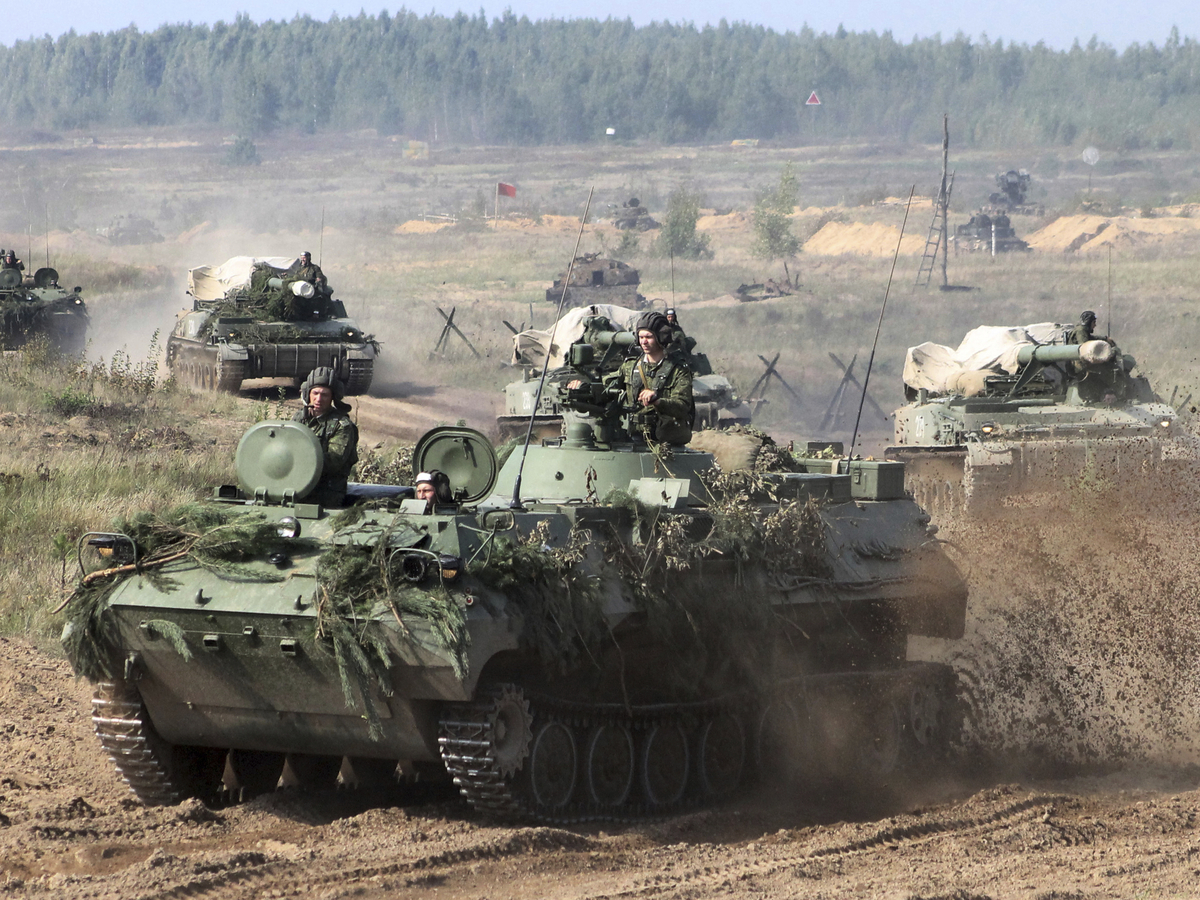 On Monday, Belorussian army vehicles prepare for war games at an undisclosed location in Belarus.

In one of the biggest shows of military might since the end of the Cold War, Russia and Belarus are conducting joint maneuvers on NATO's doorstep, where the exercises are prompting jitters in some former Soviet satellites.

Ukrainian President Petro Poroshenko has stepped up security on his country's border with Belarus, warning that the Zapad 2017 exercises could be a prelude to an invasion. Zapad means "west" in Russian

The war games run through Wednesday and involve 5,500 Russian troops, 7,200 from Belarus, up to 70 aircraft, 250 tanks, 200 artillery pieces and 10 navy ships, according to Russia. However, as NPR's Lucian Kim tells Morning Edition, "there's some debate about how big the exercises are" and NATO believes the numbers are bigger than Moscow is letting on.

Arrayed against the Russin-Belorussian alliance for the six-day war games are fictitious "aggressor countries" Veishnoriya, Lubeniya and Vesbasriya, which as The Associated Press notes sound to neighboring Poland and the Baltic members of NATO like "poorly disguised terms for their own countries."

The New York Times reports that the first mock front will be directed at Veishnoriya on Thursday, "a distillation of the Kremlin's darkest fears about the West." The war game's scenario reportedly posits an infiltration by extremists groups "backed from abroad" into Belarus and the Russian exclave of Kaliningrad on the Baltic Sea.

According to the Times, Zapad 2017 "is the latest iteration of a series of training maneuvers that began under the Soviet Union in the 1970s" and were revived in 1999 and expanded under Russian President Vladimir Putin.

The exercises "used to include military forces from countries under the Warsaw Pact, the Soviet-led military alliance whose non-Soviet members have now all joined NATO. Today, the military exercise has shrunk to just two participants — Russia and Belarus — but it is still viewed warily by military planners in the West," the newspaper says.

Although Belarus became independent after the breakup of the Soviet Union and has been run for more than two decades by strongman President Alexander Lukashenko, it has maintained many Soviet-era policies, is dependent on cheap Russian oil and has otherwise maintained warm relations with Moscow.

"He's been playing this constant balancing act between the West and Russia," NPR's Kim says.

Even so, he adds, the opposition in Belarus is worried that the exercises "could be a Trojan horse for bringing in Russian troops and equipment, and that they simply won't leave afterwards."

He says that from Russia's perspective, "the region where these exercises are taking place is far behind the NATO frontline during the Cold War. And, today, Poland, the Baltic countries are all in NATO."

Meanwhile, Oleg Voinov, an adviser to Belarus' defense ministry sought to calm tensions, saying the exercises "are not threatening anyone."

"We have chosen [to use] military bases that are significantly removed from the borders with Ukraine, Poland, Lithuania and Latvia," Voinov was quoted as saying by the AP.