Accessibility links
Good News For Snow Leopards, Bad News For Ash Trees : The Two-Way Snow leopards are no longer on the verge of extinction, a new assessment found. However, the situation is looking dire for five species of ash trees, now listed as "critically endangered." 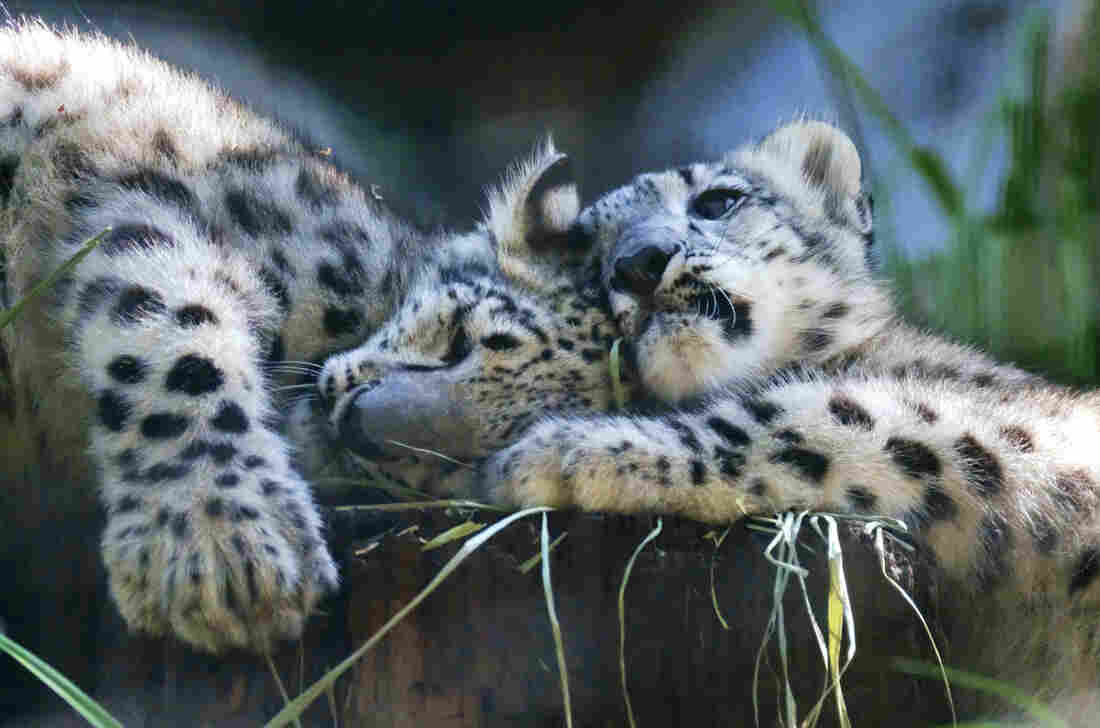 Two snow leopard cubs play in their enclosure at the Los Angeles Zoo on Tuesday during their public debut. Richard Vogel/AP hide caption 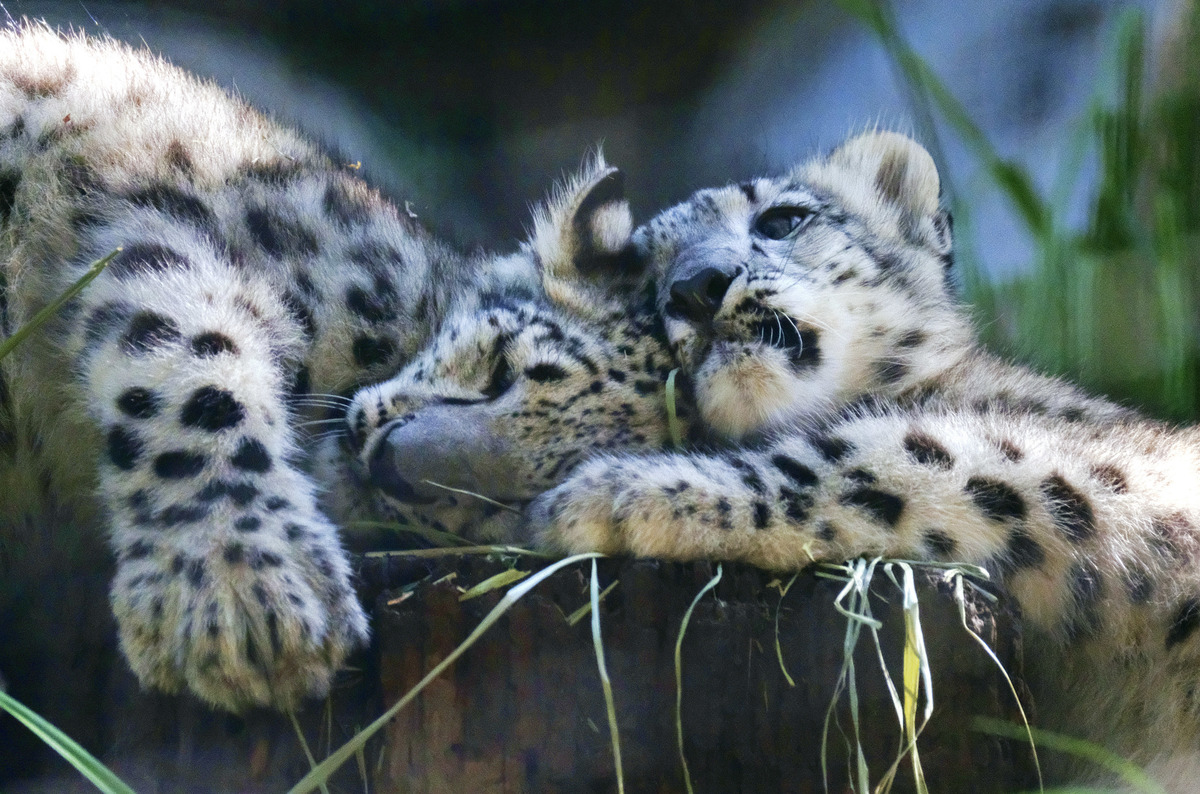 Two snow leopard cubs play in their enclosure at the Los Angeles Zoo on Tuesday during their public debut.

Snow leopards are no longer endangered, according to the global authority for assessing risks to species. However, the situation is looking dire for five species of ash tree, now listed as critically endangered.

The International Union for Conservation of Nature announced the changes to its Red List on Thursday.

Let's start with the good news.

Snow leopards have been listed as endangered since 1972 and were last assessed to be in that category in 2008.

The leopards' situation has improved since then owing to major investments in conservation measures, such as procedures to protect the leopards and guard against poaching.

Lessening conflict with herders has helped, the IUCN says — for example, through initiatives to strengthen livestock corrals. The authority also says that a ban on guns in China since 1989 has contributed to the leopards' improved status.

However, the category upgrade is actually about nine years late. The IUCN says there was an error in its calculations in 2008 — the species should have been listed as "vulnerable" then, not "endangered."

Still, conservationists are quick to stress that this change does not mean the future of the species, native to 12 mountainous countries in Asia and the former Soviet Union, is guaranteed. 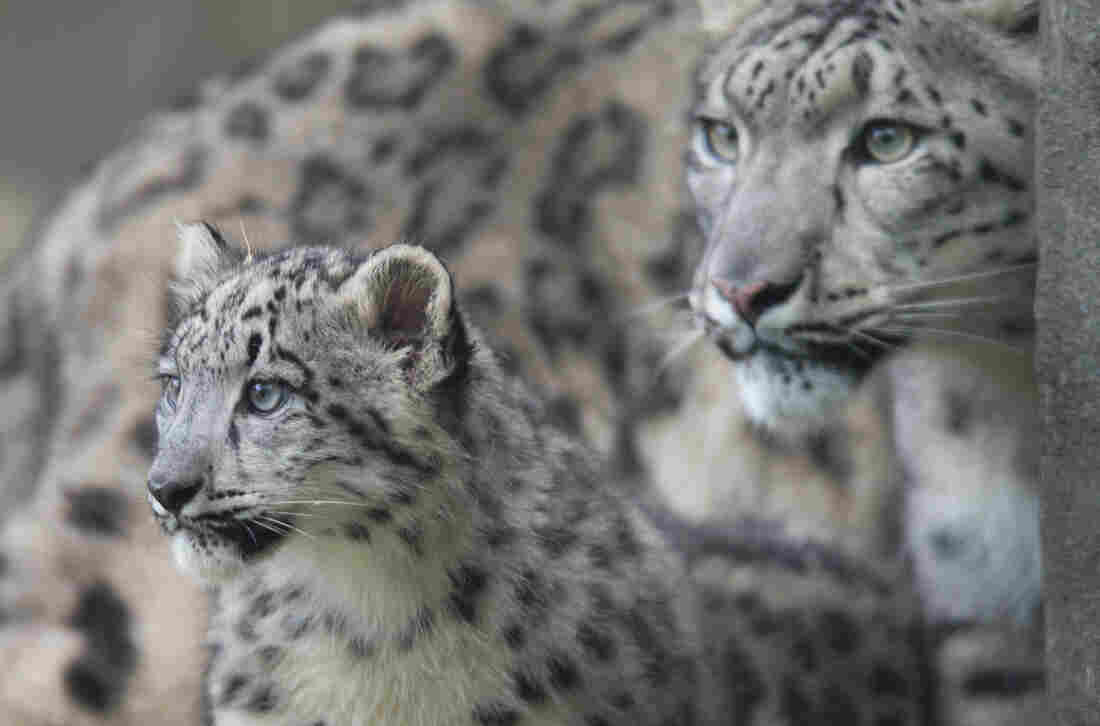 Sarani, a female snow leopard, explores her habitat with one of her cubs at the Brookfield Zoo in Illinois in 2015. Scott Olson/Getty Images hide caption

"To be considered 'Endangered,' there must be less than 2,500 mature snow leopards and they must be experiencing a high rate of decline. Both are now considered extremely unlikely, which is the good news, but it does not mean that snow leopards are 'safe' or that now is a time to celebrate," Tom McCarthy, executive director of Panthera's Snow Leopard Program, said in a statement. "The species still faces 'a high risk of extinction in the wild' and is likely still declining — just not at the rate previously thought."

Threats include poaching and hunting of its prey. The actual number of snow leopards in the wild has proved difficult to pinpoint, and the IUCN said in its assessment that the "various figures available are best regarded as guesses." But it adds that its population estimates have grown somewhat more precise thanks to new techniques like systematic camera trapping, fecal genotyping and satellite collaring.

The number of mature individuals is estimated to be 2,710-3,386, but the assessment says that number may be considerably higher. Still, the IUCN thinks the population is declining overall, even while it may be "modestly increasing" in some areas.

A beetle called the emerald ash borer is wrecking havoc on North America's ash trees. Five out of the six most prominent species are listed as critically endangered, and the sixth is now listed as endangered. 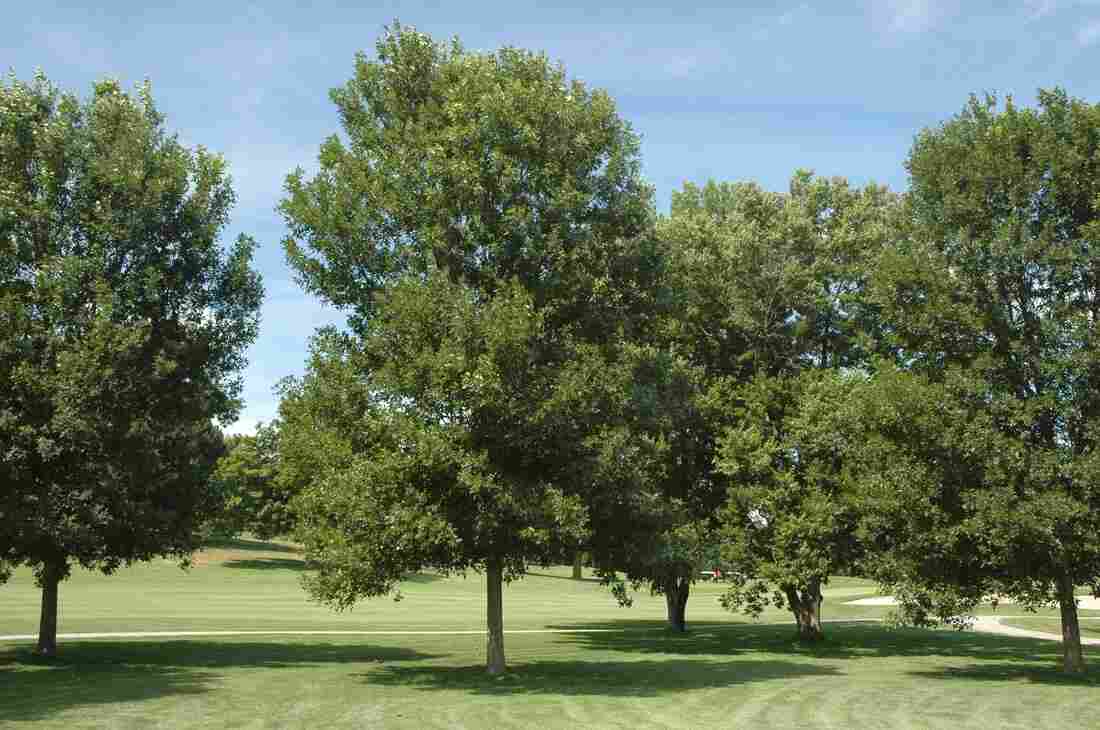 The beetle "arrived in Michigan from Asia in the late 1990s via infested shipping pallets," the IUCN says, and is believed to be responsible for the destruction of millions of trees.

The relentless destruction is likely to impact some 80 percent of the trees, which could "dramatically change the composition of both wild and urban forests," Murphy Westwood, member of the IUCN Global Tree Specialist Group, said in a statement. She adds that scientists are racing to try to find a way to stop the attack on trees.

However, they're up against serious obstacles — the IUCN says that rising temperatures are actually helping the beetle expand to new areas.

The IUCN assessment also found that five antelope species from Africa are "declining drastically as a result of poaching, habitat degradation and competition with domestic livestock." That includes the giant eland, the largest antelope in the world.

Inger Andersen, the director general of the IUCN, says species generally are declining at a rate that is difficult for scientists to keep up with. "Even those species that we thought were abundant and safe — such as antelopes in Africa or ash trees in the U.S. — now face an imminent threat of extinction."