Accessibility links
Cleveland Indians Winning Streak Hits 22 With Extra-Innings Victory : The Two-Way In their 21-game winning streak, Cleveland had never trailed entering the ninth inning, but were down 2-1 Thursday night against Kansas City. They won 3-2 in the 10th inning to keep the streak alive. 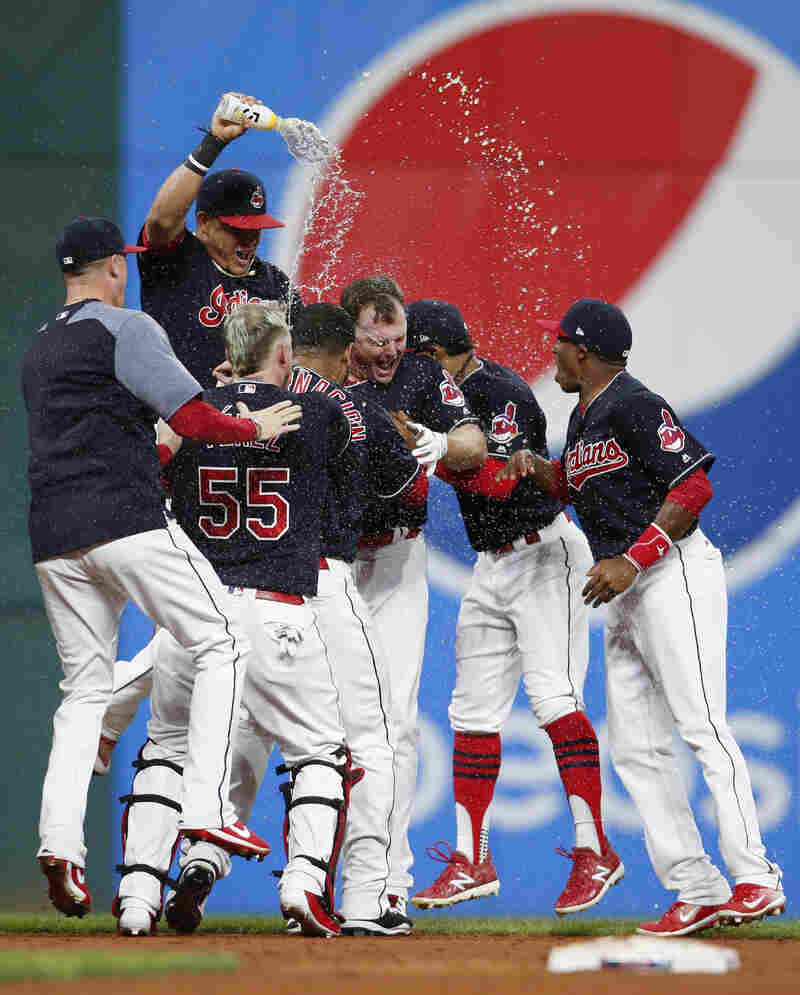 Jay Bruce of the Cleveland Indians celebrates with teammates after hitting a game-winning double off Brandon Maurer of the Kansas City Royals during the 10th inning Thursday at Progressive Field in Cleveland. Ron Schwane/Getty Images hide caption 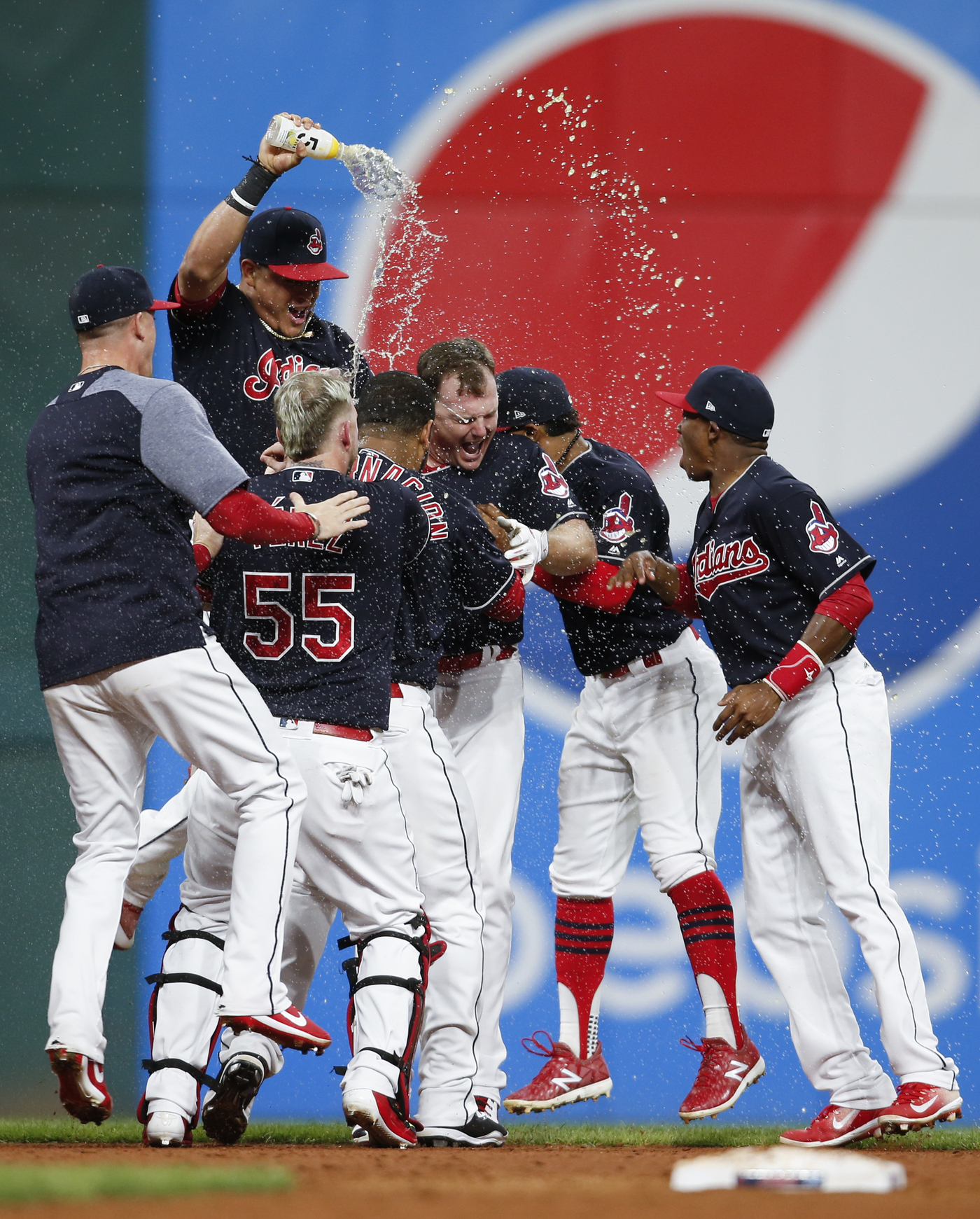 Jay Bruce of the Cleveland Indians celebrates with teammates after hitting a game-winning double off Brandon Maurer of the Kansas City Royals during the 10th inning Thursday at Progressive Field in Cleveland.

After three weeks of domination, the Cleveland Indians had begun to seem almost invulnerable. The Kansas City Royals exposed some weakness Thursday night but couldn't finish the job, as the Indians got consecutive win No. 22 with runs in the ninth and 10th innings.

A double by Royals first baseman Eric Hosmer got outfielder Melky Cabrera across home plate for a 2-1 lead in the sixth, but Indians shortstop Francisco Lindor's two-out double in the ninth scored pinch runner Erik Gonzalez.

Outfielder Jay Bruce, whose midseason acquisition from the New York Mets has powered much of the streak, hit a double in the 10th inning to drive in second baseman Jose Ramirez for the winning run for Cleveland.

The win gave Cleveland sole possession of the second-longest winning streak in Major League Baseball history, passing the Chicago Cubs. The record is held by the 1916 New York Giants with 26; if the Indians manage three more wins against the Royals, they could tie the record at 10 p.m. ET on Tuesday against the Los Angeles Angels.

The streak, which began with a win Aug. 24 against the Boston Red Sox and includes series sweeps of the Baltimore Orioles, Chicago White Sox, New York Yankees, Detroit Tigers (twice!) and these same Royals, has rocketed the Indians to the top of the American League and leave them three wins shy of clinching a playoff spot.

Thursday night's game was the first time during the streak that the Indians trailed entering the ninth inning and the first game that went to extra innings, and was only the fourth one-run win of the stretch.

The loss for Kansas City was at least an improvement over the three-game sweep in August, in which the Indians outscored them 20-0. But moral victories don't count for much with a team barely hanging onto hopes of a wild card berth.