Accessibility links
Lawmakers Vote To Make California A 'Sanctuary State' : The Two-Way The legislation would prohibit California law enforcement officers from communicating with federal immigration enforcement agencies, with some exceptions. 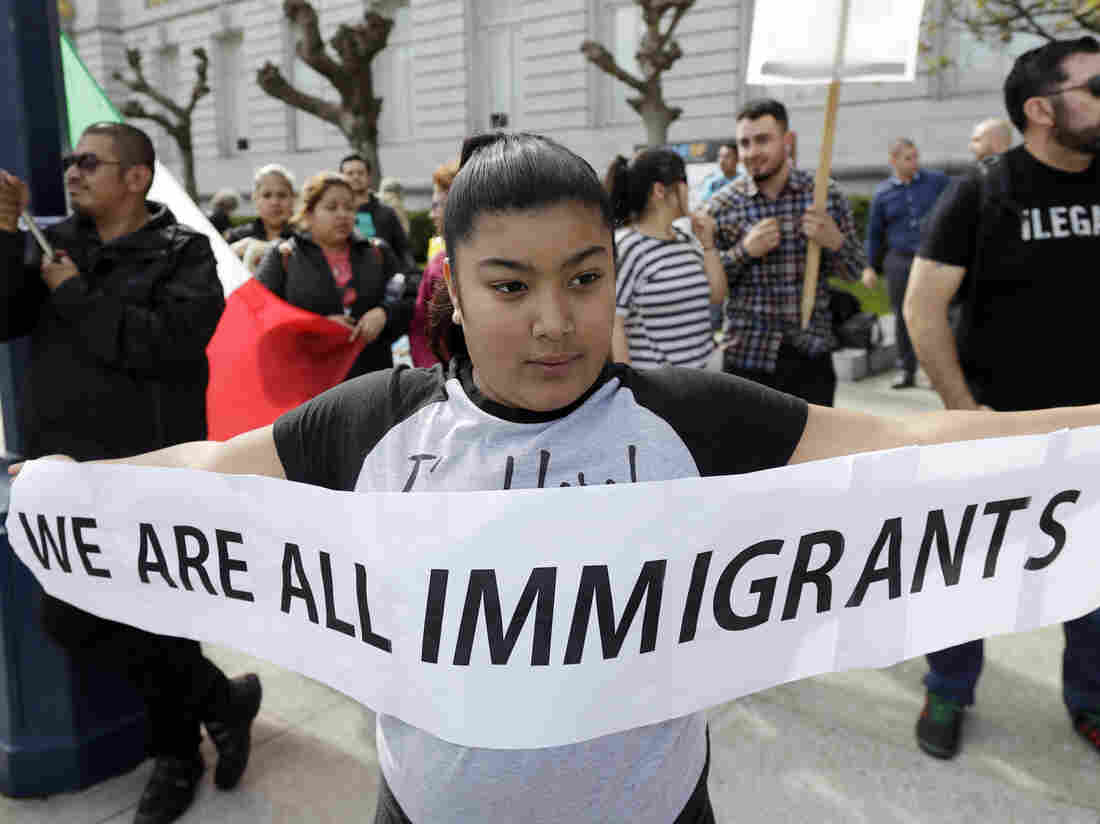 Delilah Gutierrez holds a sign during a protest against President Trump's efforts to crack down on immigration in San Francisco earlier this year. Marcio Jose Sanchez/AP hide caption 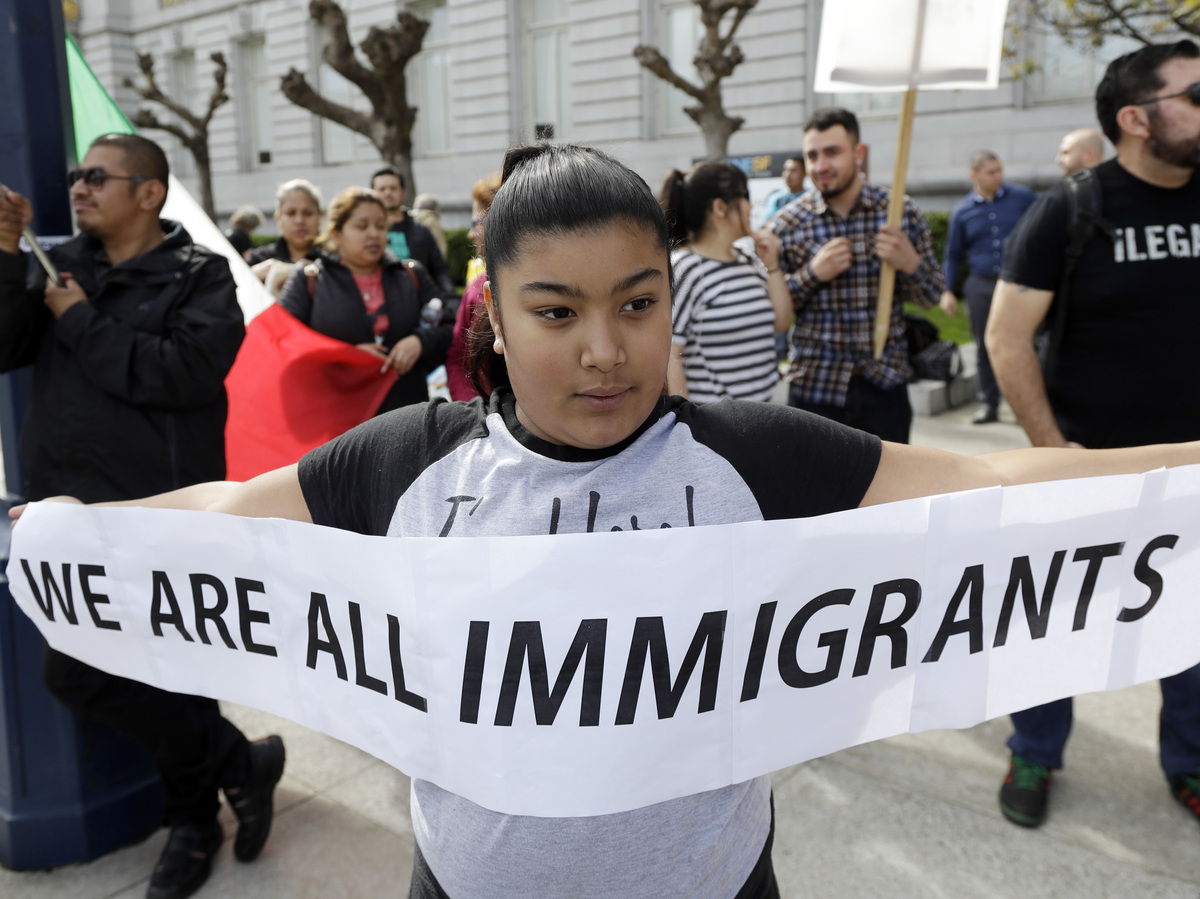 Delilah Gutierrez holds a sign during a protest against President Trump's efforts to crack down on immigration in San Francisco earlier this year.

In a move apparently meant to counter the Trump administration's tough approach to immigration enforcement, the California legislature approved a so-called "sanctuary state" bill Saturday that would establish new protections for people living in the country illegally.

The California Values Act would forbid state and local law enforcement agencies from providing information to or acting as the deputies for federal immigration authorities. The bill also prohibits police and sheriff officers from inquiring about a person's immigration status.

The bill was introduced just before President Trump's inauguration and met opposition from some in California law enforcement, including many local sheriffs who lobbied California Gov. Jerry Brown to intervene, as KQED's Scott Shafer reported.

A compromise hammered out earlier this week between Brown and California Senate President Pro Tem Kevin de León carved out exceptions to the new restrictions.

The changes allowed state and local law enforcement to communicate with federal immigration authorities if a person has been convicted of certain crimes. Corrections officers would also be permitted to work with federal agencies.

The bill now heads to the governor's desk where he is expected to sign it.

Democrats used supermajorities in the state Capitol to pass the bill they saw as an expression of their support for California's estimated 2.3 million undocumented immigrants.

"This bill here today helps some of us to believe that California is a safe place for immigrants, that we are a Golden State," said Democratic Assemblyman Joaquin Arambula, the grandson of immigrants who came to California illegally.

While the revisions earlier this week disheartened some immigrant advocates, the compromise did award them additional victories. For instance, immigrant inmates would now be allowed to earn credits to reduce their sentences if they complete educational or rehabilitative programming while incarcerated.

Republicans in the California Legislature remained opposed to the measure on Friday, saying it would tie the hands of law enforcement and compromise public safety.

"A lot of people talk about building a wall. This bill builds a wall between the federal government and our local partners and makes our communities less safe," said James Gallagher, a Republican assemblyman.

The exceptions created in the compromise earlier in the week were also not enough to win support from the California State Sheriffs' Association.

The bill's passage comes less than a day after a federal judge in Chicago blocked the Trump administration's attempt to withhold grant money from so-called sanctuary cities.