Accessibility links
U2, Ed Sheeran Cancel St. Louis Concerts After Protests Over Police Acquittal : The Two-Way Multiple performances have been canceled over safety concerns, amid unrest prompted by the acquittal of a former police officer charged with first-degree murder in the fatal shooting of a black man. 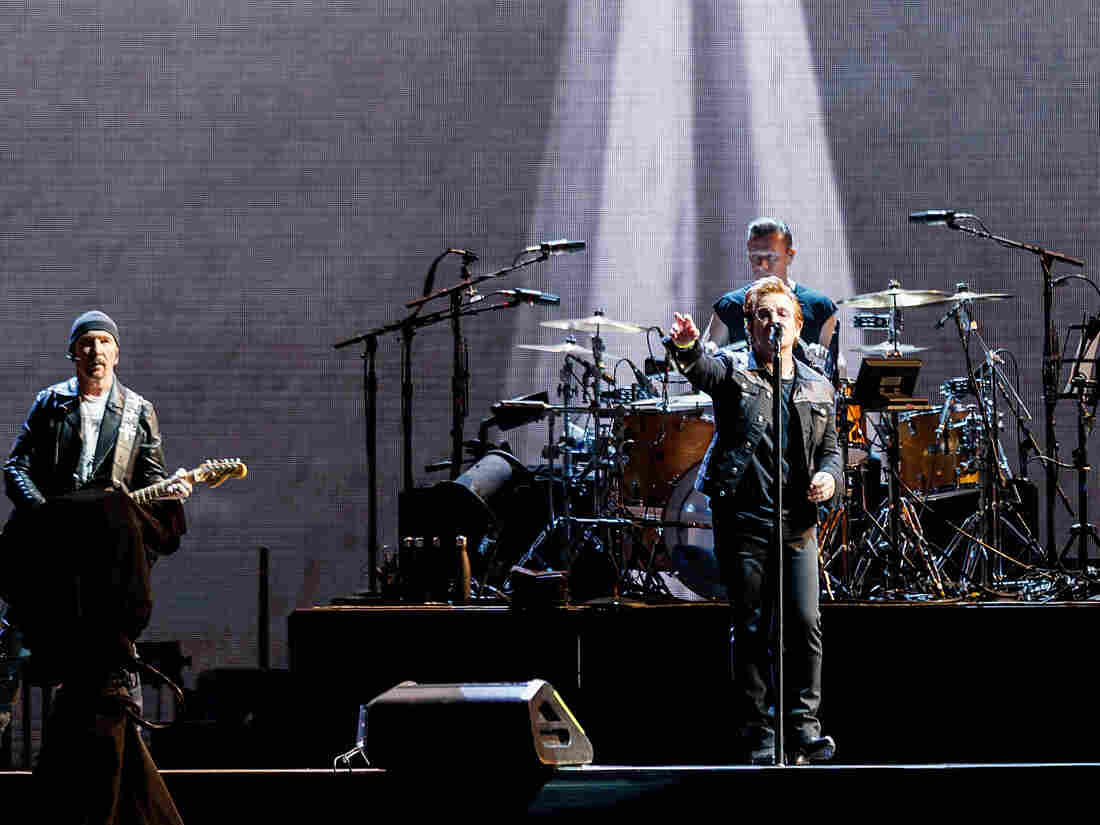 The Edge (from left), Bono and Larry Mullen Jr. of rock band U2 will not be bringing their The Joshua Tree World Tour to St. Louis this weekend amid security concerns. Andrew Chin/Getty Images hide caption 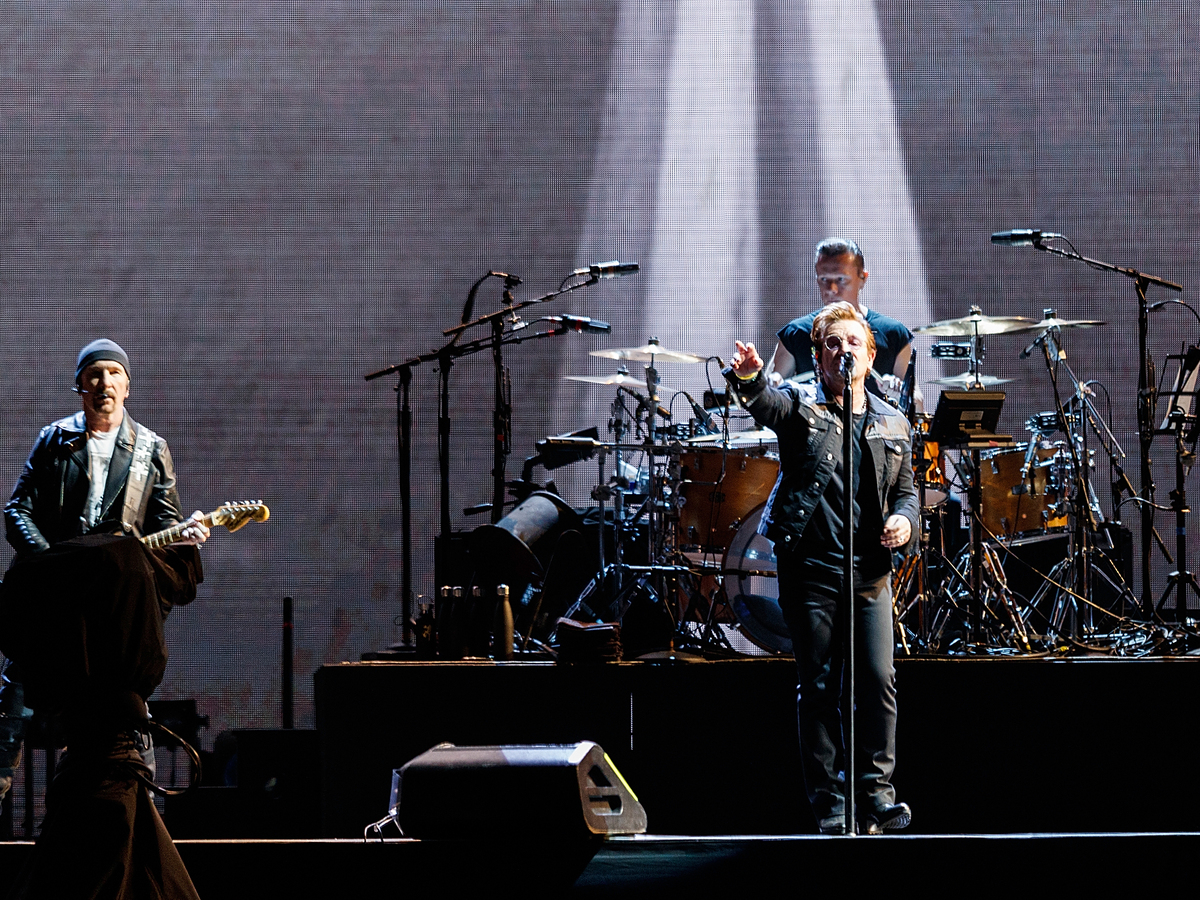 The Edge (from left), Bono and Larry Mullen Jr. of rock band U2 will not be bringing their The Joshua Tree World Tour to St. Louis this weekend amid security concerns.

Like U2, Ed Sheeran has also canceled his concert in St. Louis because of safety concerns.

The cancellations follow protests in the city prompted by the acquittal of a former police officer, who had been charged with first-degree murder in the fatal shooting of a black man.

As NPR reported Friday, Jason Stockley, who is white, was found not guilty of murder in the 2011 killing of Anthony Lamar Smith. The verdict resulted in protests throughout St. Louis. According to ABC News, 32 people were arrested in the protests and 10 officers were injured.

U2 offered the following statement, from the band and Live Nation:

"We have been informed by the St. Louis Police Department that they are not in a position to provide the standard protection for our audience as would be expected for an event of this size.

"We have also been informed that local crowd security personnel would not be at full capacity.

"In light of this information, we cannot in good conscience risk our fans' safety by proceeding with tonight's concert. As much as we regret having to cancel, we feel it is the only acceptable course of action in the current environment."

U2 is on tour performing its 1987 album, The Joshua Tree. The canceled St. Louis concert was set to take place at The Dome at America's Center on Saturday night.

Sheeran called off his sold-out Sunday night show at the Scottrade Center, also citing safety reasons, in an announcement on his website Saturday.

"With the safety of the fans being of upmost concern, and after consulting with local officials, who could not fully commit to providing a sufficient amount of police and other city services support, we felt it was in everyone's best interest to cancel Sunday night's show."