Accessibility links
Once Teased For Her Love Of Bugs, 8-Year-Old Co-Authors Scientific Paper : The Two-Way Sophia Spencer was extremely fond of bugs, especially grasshoppers. Her peers didn't always appreciate her interest. Entomologists on Twitter, on the other hand, were huge fans of her passion. 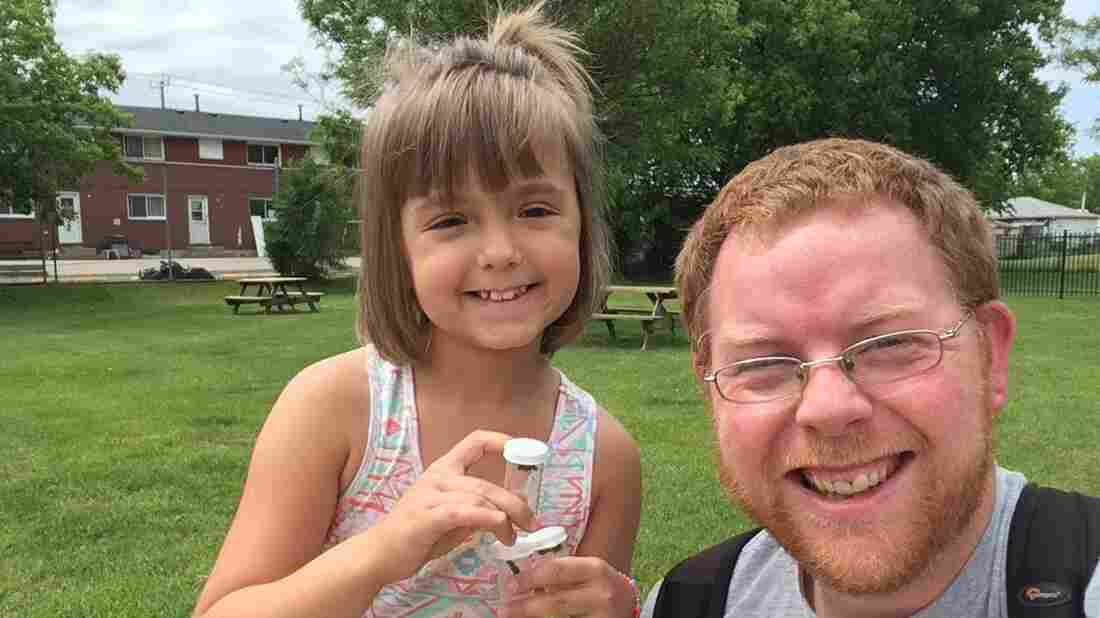 Sophia Spencer and Morgan Jackson co-wrote a scientific paper on Twitter, entomology and women in science, after a tweet about Sophia's love for bugs went viral. Courtesy of Nicole Spencer hide caption 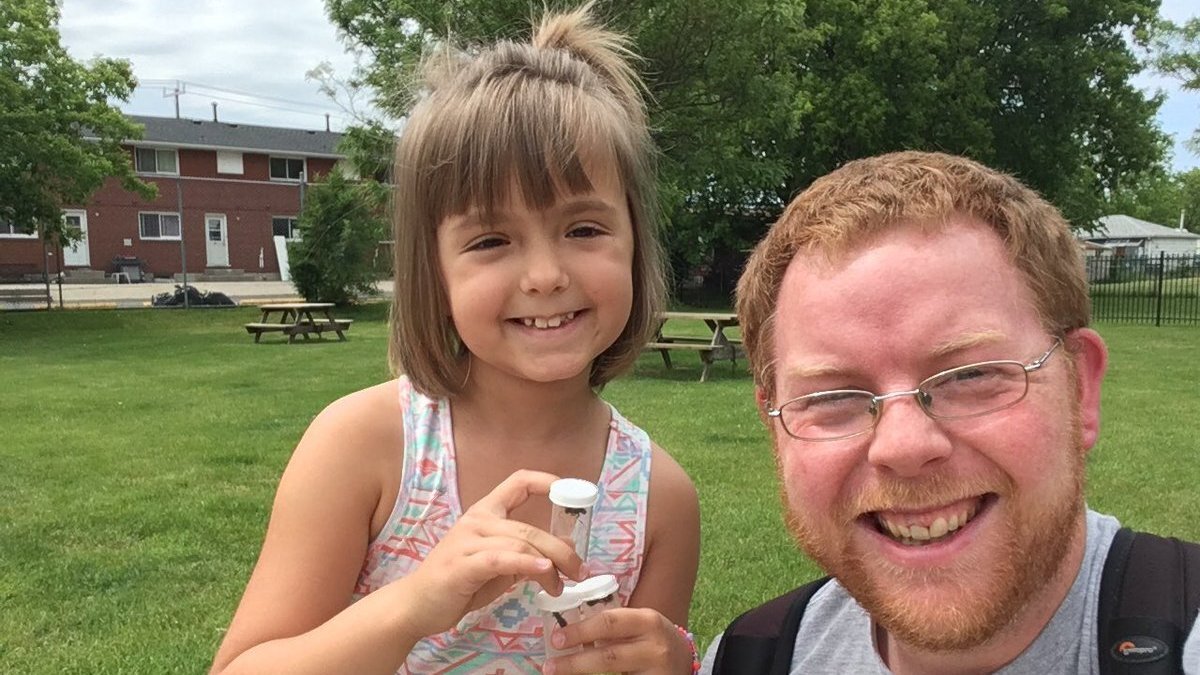 Sophia Spencer and Morgan Jackson co-wrote a scientific paper on Twitter, entomology and women in science, after a tweet about Sophia's love for bugs went viral.

Sophia Spencer, 8, loves bugs — especially grasshoppers. She's an expert on insects, and likes to give her littlest friends an occasional ride on her shoulder.

That used to earn her mockery from her peers. But now it's earned her a massive outpouring of support — and a byline in the Annals of the Entomological Society of America.

Everything changed after Sophia's mom, Nicole Spencer, reached out to scientists for support last year.

She wrote to the Entomological Society of Canada and explained the dilemma. Her daughter wanted to know if she could learn more about bugs as a job, but her mom wasn't sure how to encourage her. And she wanted to reassure her that her entomological enthusiasm wasn't weird.

A young girl who loves insects is being bullied & needs our support. DM your email & we'll connect you! #BugsR4Girls pic.twitter.com/kjtfSJSlre

Mission accomplished. The organization tweeted out the appeal, with the hashtag #BugsR4Girls, and hundreds of people responded with encouragement. Scores of working entomologists reached out to share their stories. And Sophia joined forces with Morgan Jackson, the entomology Ph.D. candidate who wrote that tweet, to write a paper about the role Twitter can serve in promoting women in science.

"After my mom sent the message and showed me all the responses, I was happy," she wrote in her portion of the paper. "I felt like I was famous. Because I was! It felt good to have so many people support me, and it was cool to see other girls and grown-ups studying bugs. It made me feel like I could do it too, and I definitely, definitely, definitely want to study bugs when I grow up, probably grasshoppers."

Sophia and Jackson spoke to NPR from Ontario, Canada, about Sophia's original plight, the Internet reaction to her story and the paper they published.

"Before ... I really thought loving bugs wasn't the best hobby," Sophia told NPR. "But after I realized bugs are for girls I thought to myself, 'Well, I think I should start loving bugs again, because just because people say they're weird and gross doesn't mean I shouldn't like them.' "

The response to the Twitter callout was a tremendous surprise, Jackson said.

she can contact my lab anytime! We are happy to send her papers, nets, whatever will keep her entomology passion going!

"We were hoping that we could find an entomologist or two, perhaps, that would be willing to talk to Sophie and share a little bit about their backstory," he said. "We were blown away with the number of people who came charging to help Sophia." The organization received more than a thousand replies and more than 130 direct messages.

7 insect species named after me I think I can help with this! Happy to show her insect collection @westernuBio #BugsR4Girls

It's definitely had an impact on Sophia's life at school.

"So I show them the techniques to help bugs. Like, a lot of my classmates like catching moths and butterflies ... so I show them an easier way, 'cause a lot of kids flatten out their hands which kind of crushes them. So I show them that you should cup your hands so it doesn't kill them.

"And a lot of the kids stopped bullying me about it," she says. "I feel really good."

I'm really proud of this piece, and am thrilled to share the publishing experience with Sophia, who I met & collected bugs with this summer pic.twitter.com/s7SiT7giIl

She explained to NPR's Ailsa Chang how you can tell a male grasshopper from a female grasshopper. "Boys have a pointy stomach and girls have a flat stomach," she says.

And she taught us a new word — stridulate. "Stridulating is when they rub their feet together," she said.

"I see myself growing up to become an entomologist," she said. "It's going to take a lot of hard work, but the more hard work you do, the better the thing you're working for is."