Accessibility links
Some Russians Fired Up Over New Kalashnikov Monument : The Two-Way The inventor of the AK-47 was memorialized with a 30-foot-tall bronze statue in Moscow, but not everyone in Russia's capital city was pleased with the tribute.

Some Russians Fired Up Over New Kalashnikov Monument

Some Russians Fired Up Over New Kalashnikov Monument 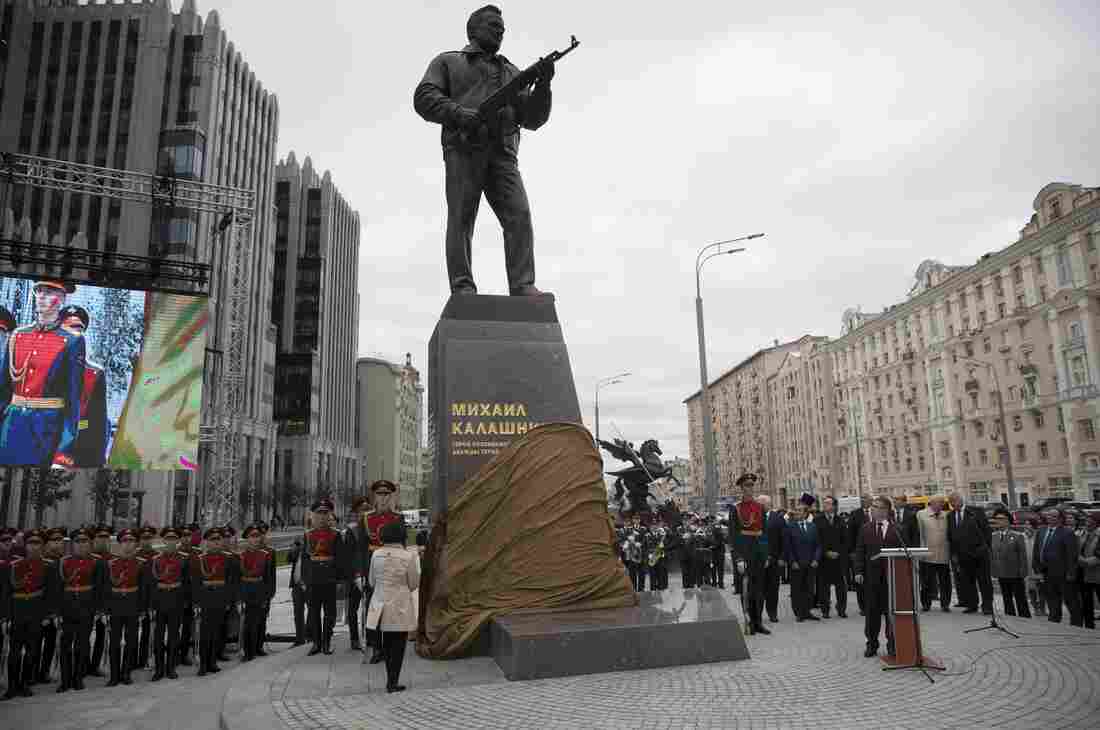 A new monument to Mikhail Kalashnikov, creator of the AK-47, is unveiled during a ceremony Tuesday in Moscow. Pavel Golovkin/AP hide caption 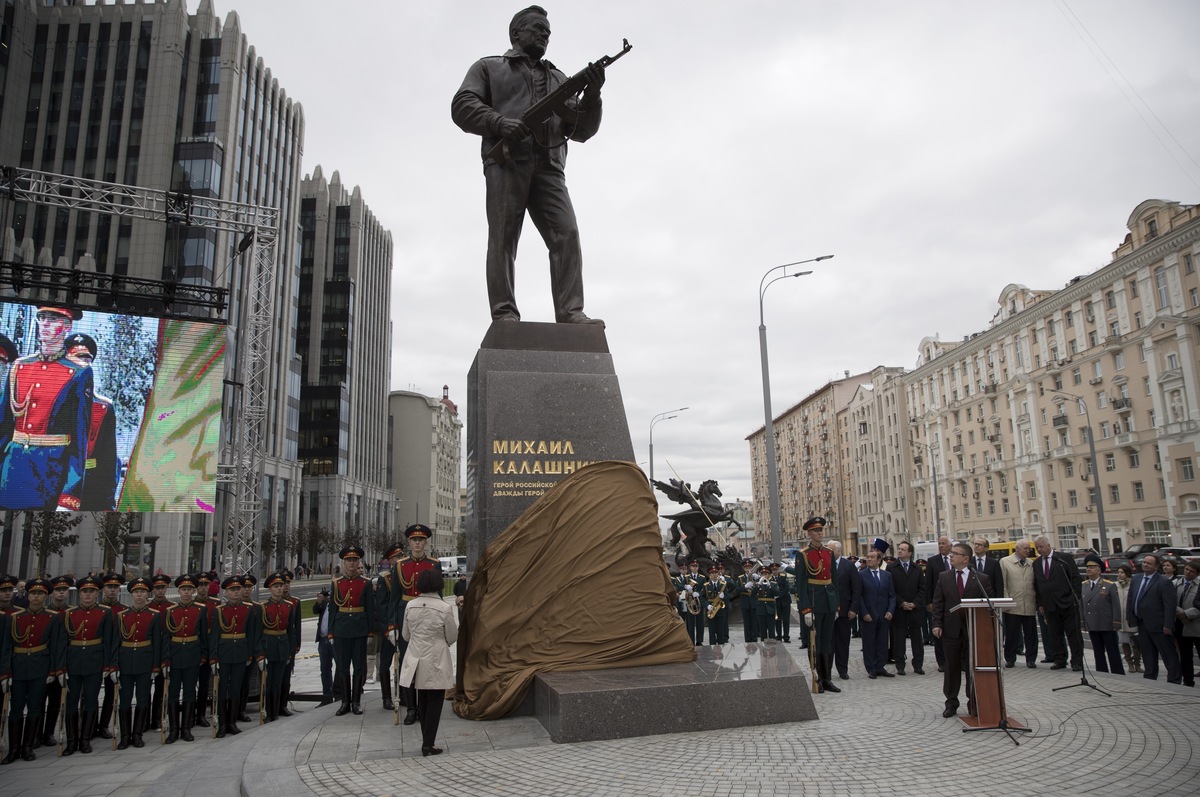 A new monument to Mikhail Kalashnikov, creator of the AK-47, is unveiled during a ceremony Tuesday in Moscow.

His legacy lies in his eponymous AK-47 assault rifle, one of the world's most popular and lethal weapons, and now Mikhail Kalashnikov's likeness looms over Moscow in the form of a 30-foot-tall monument, but not everyone is happy to see it.

Kalashnikov's daughter, Yelena, unveiled the statue Tuesday at a square off Garden Ring Road, a busy thoroughfare in Russia's capital city, according to Reuters.

The words "I created a weapon for the defense of my fatherland" are etched on the pedestal.

But not all Russians were on board with the tribute.

NPR's Lucian Kim reports from Moscow that at least one protester was detained holding a sign that read "a weapons designer is a designer of death."

The statue "reaffirms the image of Russia as a militaristic and neo-imperialistic country that feels it is surrounded by enemies," lawyer Dmitry Shabelnikov told the Guardian.

"This is not artistic, to put it mildly. This is trash. It's loathsome," resident Natalya Seina told a local media outlet, according to Radio Free Europe/Radio Liberty. She said the honor could have gone to "probably more worthy people than the creator of a rifle."

The Russian military has relied on the AK-47 for decades, though the rifle's influence has reached well beyond Russia's borders. The AK-47 moniker stands for Automatic Kalashnikov along with the year 1947, when the weapon was first produced. An estimated 100 million Kalashnikov-type rifles are in use worldwide today.

"Mikhail Kalashnikov said he first thought about developing such a gun when he was lying wounded in a military hospital during the Second World War and he heard fellow soldiers complaining about their weapons," NPR reported in 2013, when Kalashnikov died at age 94.

The AK-47 is thought to have killed more people than all other types of modern weapons combined, Reuters reports.

In a 1999 article headlined, "Kalashnikov Kids," The Economist outlined an increase in the numbers of child soldiers used to fight wars, noting that "even ten-year-olds can learn to carry and use lightweight but lethal weapons, such as M16 semi-automatic rifles or the omnipresent aluminium Kalashnikov AK-47s."

As for how he viewed his own legacy, Kalashnikov himself was torn.

"I'm proud of my invention, but I'm sad that it is used by terrorists," he once said according to Russian network RT as The Two-Way reported. "I would prefer to have invented a machine that people could use and that would help farmers with their work — for example a lawnmower."