Accessibility links
Mexico City Doomed By Its Geology To More Earthquakes : The Two-Way The problem is that just to the west, a huge slab of the Earth's crust called the Cocos Plate is grinding relentlessly toward North America. And it's running under another slab to the north. 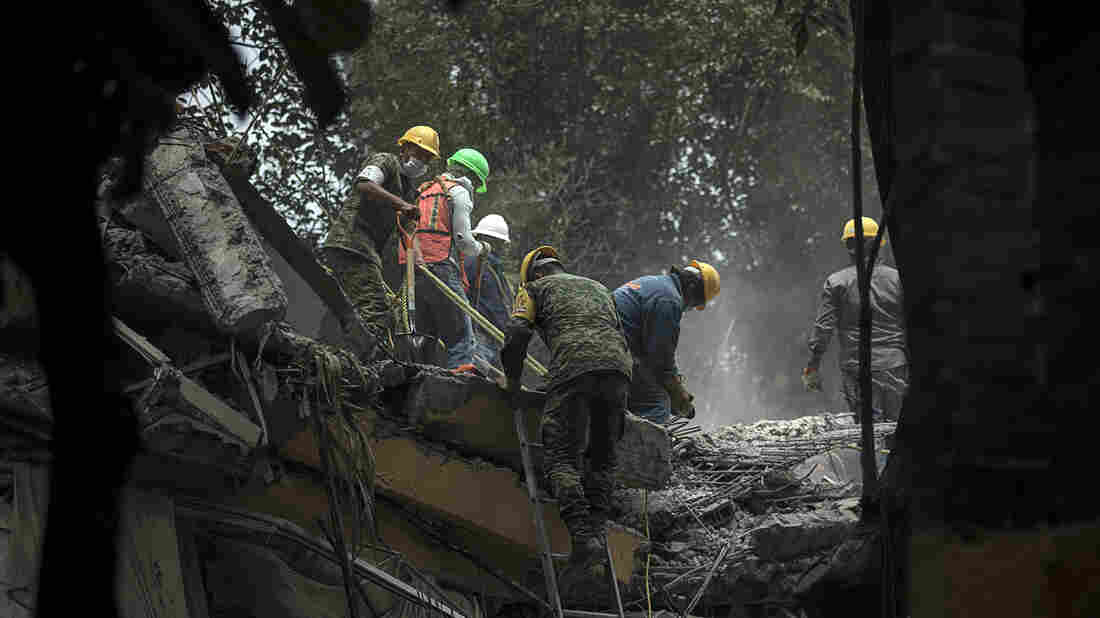 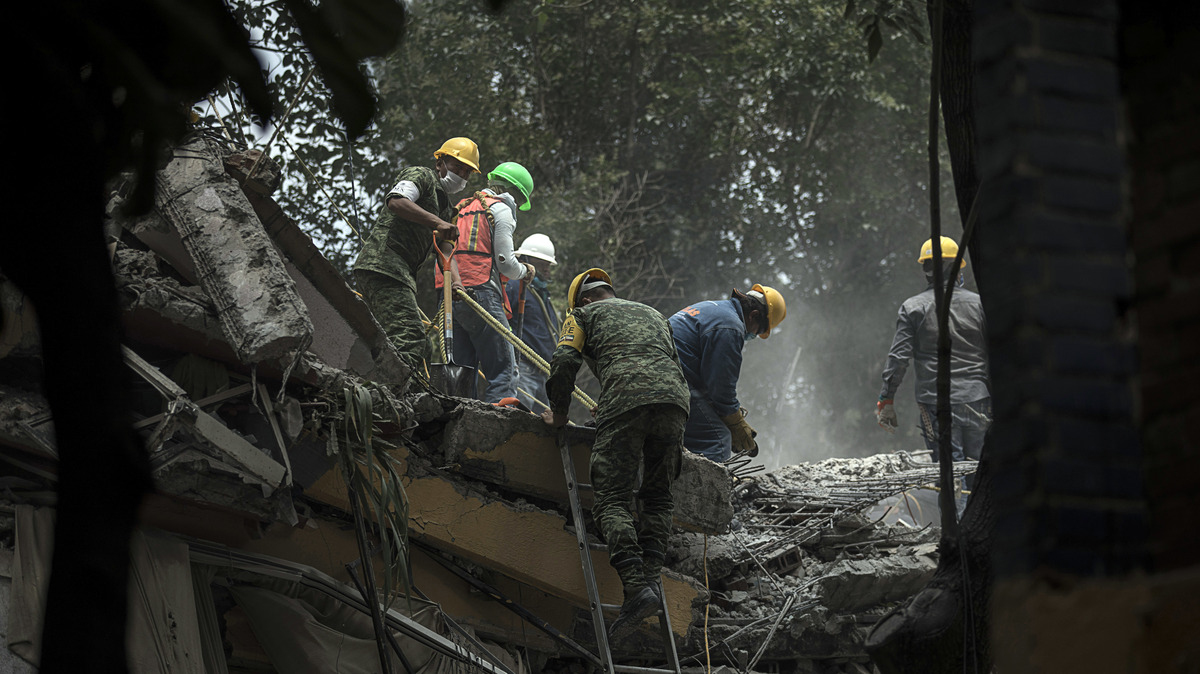 In Mexico City and surrounding areas, rescuers are still searching for casualties and survivors of Tuesday's earthquake. More than 200 people are believed to have died.

Geologically speaking, Mexico City is not built in a very good place.

This is the second big quake in Mexico in less than two weeks. It came 32 years to the day after another deadly quake. And there will be more in the future, though when is anyone's guess.

Lots of faults lie along and near the junction of these two plates, like stitches in the seam of a baseball. When the faults slip from all that continental grinding, quakes happen.

This is what surrounds Mexico City. But there's another problem, as geophysicist Gavin Hayes with the U.S. Geological Survey points out: The city sits on a dry lake bed made of clay, sand, silt and water. That's not good. "So you've got a lot of soft sediments," Hayes says, "and when the energy from the quake comes into that, those basins really kind of amplify that shaking, like a bowl of jelly shaking around, and it just keeps on reverberating."

Hayes also points out that shallow quakes in this region often create earth-moving waves — called surface waves — at a frequency that's especially damaging to 10- to 20-story buildings. A building will respond to or "resonate" with waves of a certain frequency depending on its height. If they are in sync, the building responds like a vibrating tuning fork and gets shaken more.

"A lot of buildings in Mexico City are at that kind of 10- to 20-story level," says Hayes, "so they are just at the right height to be vulnerable."

The two quakes this month were on the same tectonic plate but several hundred miles apart. Hayes says it's not likely the first quake earlier this month triggered a second quake so far away, although it is possible.

Mexico City has strengthened many buildings since the 1985 quake, which killed more than 5,000 people. And it has designed an early-warning system that detects the first vibrations from a quake.

But like many cities around the Pacific Rim — San Francisco, Tokyo, Manila — it sits on ground that isn't going to stop moving.