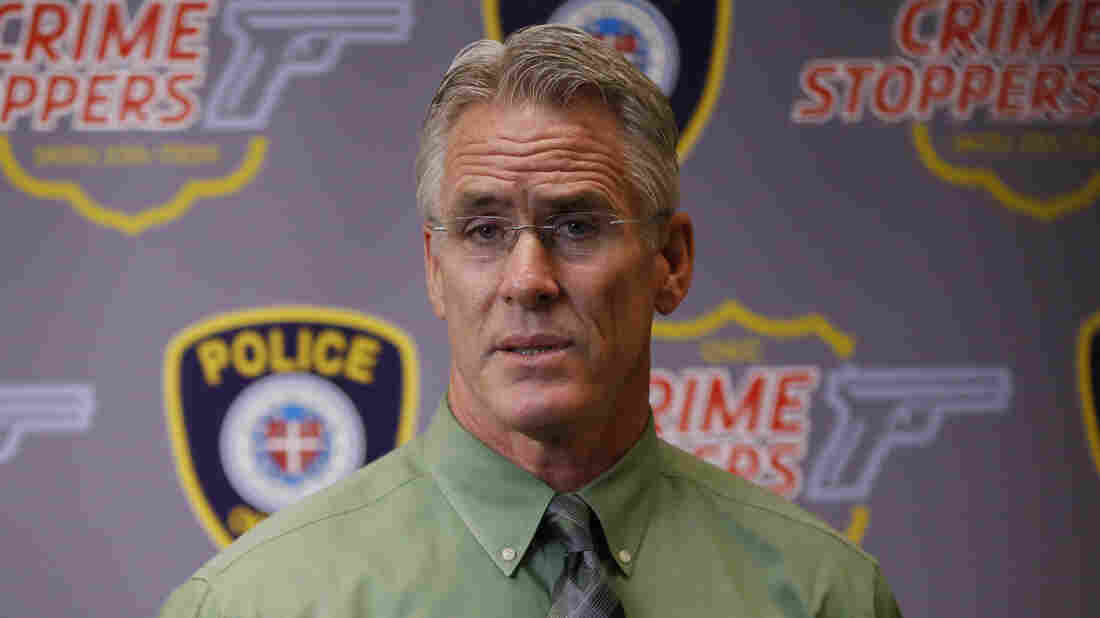 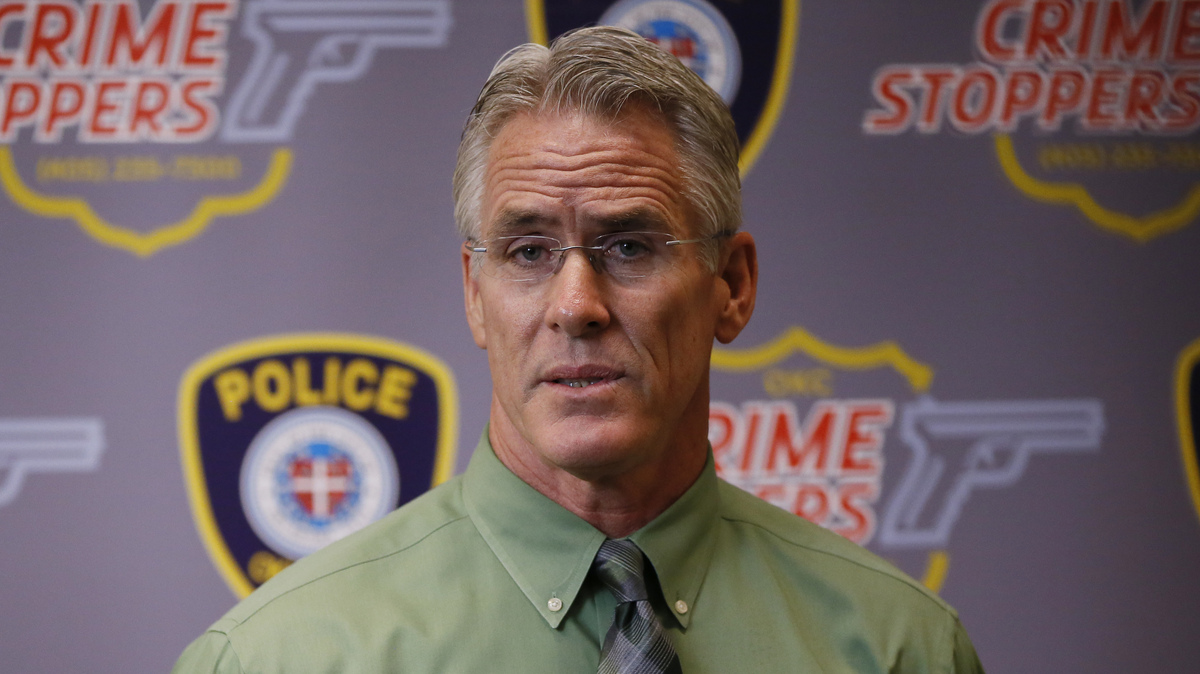 Police in Oklahoma City on Tuesday night fatally shot a deaf man who they say was advancing toward them with a metal pipe as witnesses yelled that the man was deaf and could not hear them.

It's the fifth officer-involved shooting in the city this year, according to the Oklahoma City Police Department.

Officers were responding to a hit-and-run accident around 8:15 p.m., Capt. Bo Mathews, the police department's public information officer, told reporters Wednesday. A witness of the accident told police a vehicle involved went to a nearby address.

Lt. Matthew Lindsey arrived at the address and encountered 35-year-old Magdiel Sanchez, who was on the porch holding a 2-foot metal pipe with a leather loop in his right hand. Lindsey called for backup and Sgt. Christopher Barnes arrived. 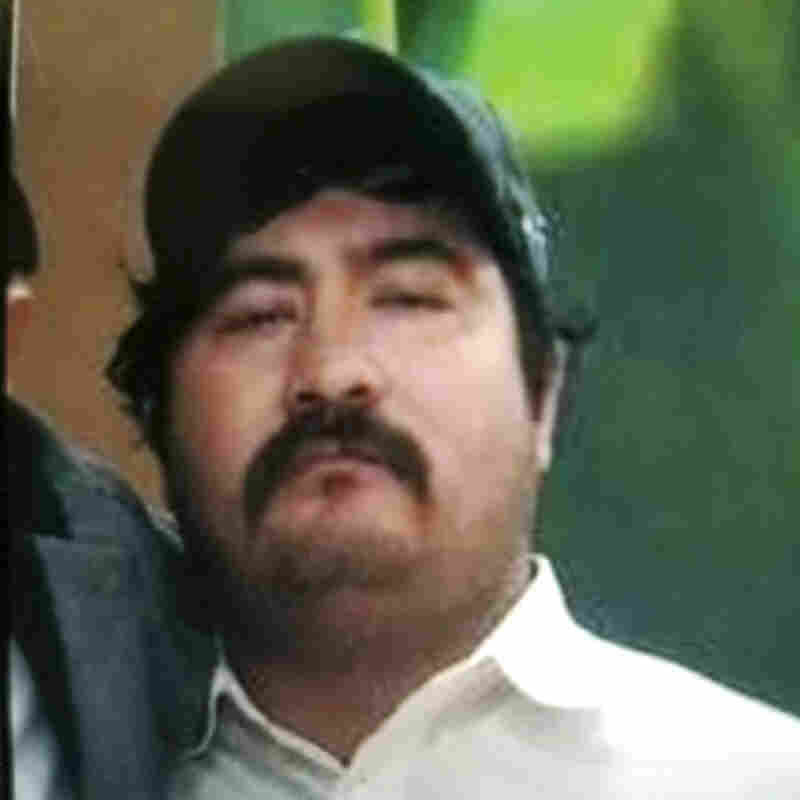 Magdiel Sanchez is pictured in an undated photo. Witnesses said they told officers Sanchez was deaf and he couldn't hear their orders. Courtesy of the Sanchez family via AP hide caption

toggle caption
Courtesy of the Sanchez family via AP 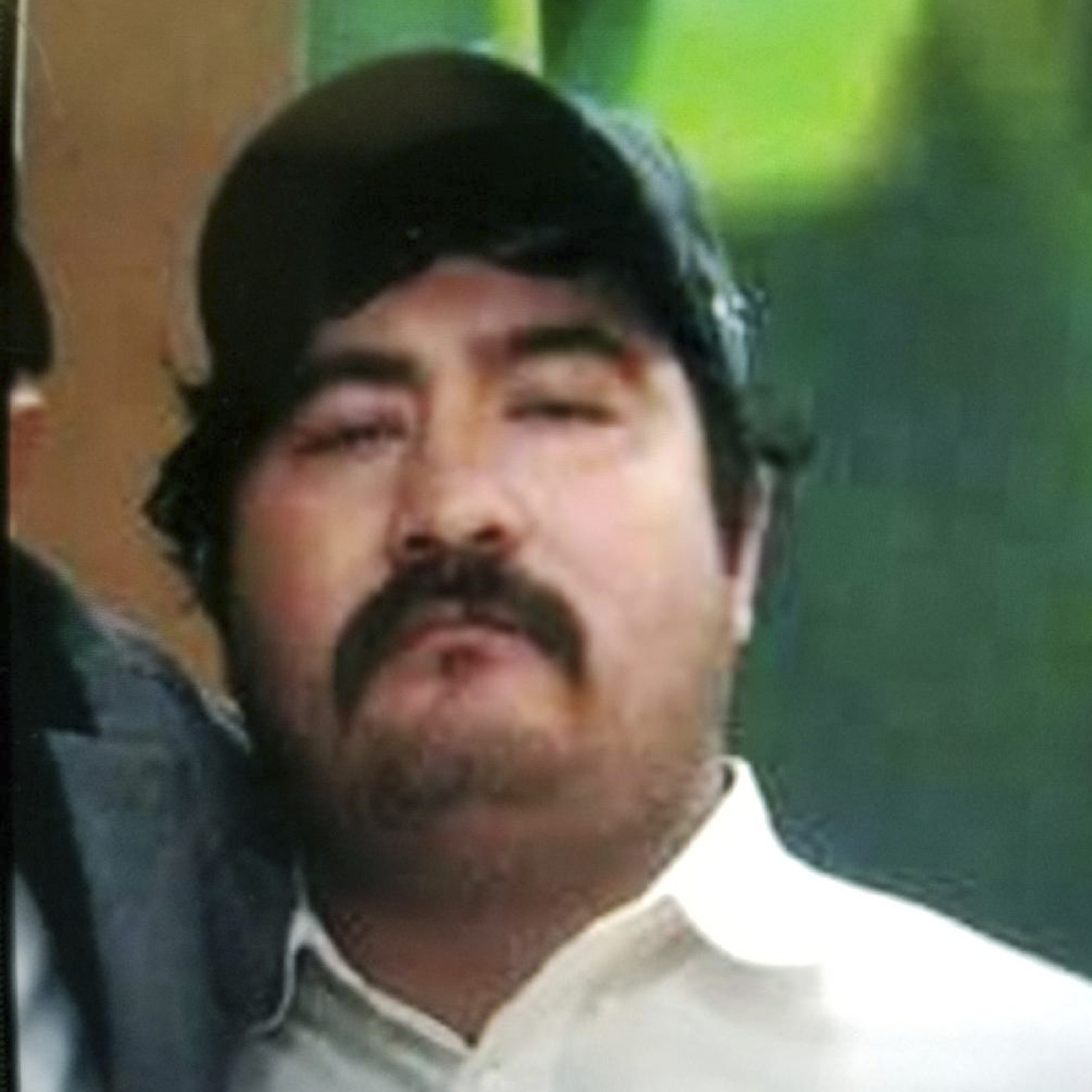 Magdiel Sanchez is pictured in an undated photo. Witnesses said they told officers Sanchez was deaf and he couldn't hear their orders.

Courtesy of the Sanchez family via AP

Police ordered Sanchez to drop the weapon and get on the ground, Mathews said. Both officers had weapons drawn — Lindsey had a Taser and Barnes a gun. Sanchez came off the porch and was walking toward Barnes.

"The witnesses also were yelling that this person, Mr. Sanchez, was deaf and could not hear. The officers didn't know this at the time," Mathews said.

Both officers fired their weapons at the same time when Sanchez was about 15 feet away from them; more than one shot was fired, the police captain said.

"In those situations, very volatile situations, when you have a weapon out, you can get what they call tunnel vision or you can really lock into just the person that has the weapon that'd be the threat against you," Mathews told reporters.

The 'Thumbprint Of The Culture': Implicit Bias And Police Shootings

"We were screaming that he can't hear," witness Julio Rayos told The Oklahoman. Rayos told the paper that Sanchez had developmental disabilities and didn't talk.

"The guy does movements," Rayos told The Oklahoman. "He don't speak, he don't hear, mainly it is hand movements. That's how he communicates. I believe he was frustrated trying to tell them what was going on."

Neighbor Jolie Guebara told The Associated Press that Sanchez "always had a stick that he would walk around with, because there's a lot of stray dogs."

She heard five or six gunshots before seeing police outside, she told the AP. She lives two houses from where the shooting happened.

Barnes is being placed on paid administrative leave.

It's being investigated by the department's homicide unit as a criminal case, as all officer-involved shootings are, Mathews said. The investigators will provide their findings to the Oklahoma County District Attorney's Office, which will decide whether the shooting was justified. Then the police department's internal affairs will investigate.

Some of the department's officers wear body cameras, but neither of the two police officers at the scene were wearing them at the time.

Sanchez had "no criminal history that I could locate," Mathews said. The car involved in the hit-and-run was driven by Sanchez's father and Magdiel Sanchez was not in the car at the time.

The two officers are white and Sanchez was Hispanic, Mathews said.

Protests over police shootings, especially of black men, have been ongoing around the country since 2014. Sanchez is the 712th person to be shot and killed by police in the U.S. so far this year, according to a Washington Post database.

Just this past weekend, protests erupted in St. Louis over the acquittal of a white police officer who was charged with murder of a black man in 2011. They continued on Wednesday as protesters shut down a suburban St. Louis mall.

In May a jury acquitted a white former Tulsa police officer, Betty Jo Shelby, who shot and killed unarmed black motorist Terence Crutcher in 2016 while he was walking away with his hands up. That verdict sparked protests.

In 2016, a former volunteer reserve deputy in Tulsa was convicted of second-degree manslaughter after the 2015 shooting of an unarmed black man who was on the ground. He said he meant to use a Taser instead of a gun.

And a former police officer in Oklahoma City was convicted in early 2016 of multiple rapes and sexual assaults.