Accessibility links
'World's Wealthiest Woman,' Liliane Bettencourt, Dies At 94 : The Two-Way The heiress may be remembered for l'affaire Bettencourt, which spilled into French politics and saw a confidant accused of exploiting the elderly woman for lavish gifts. 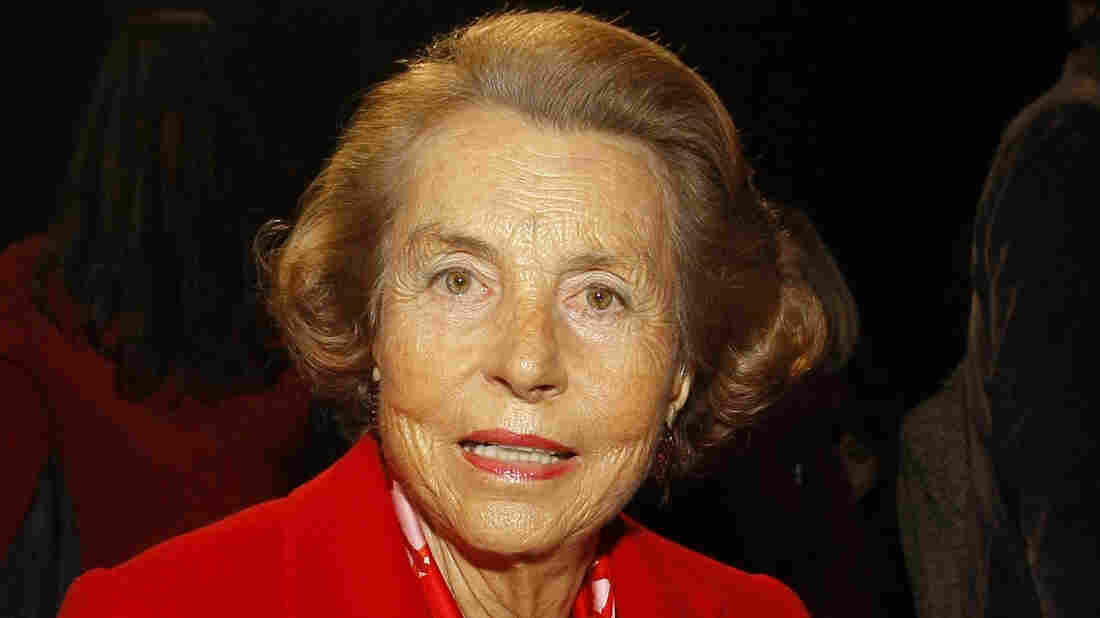 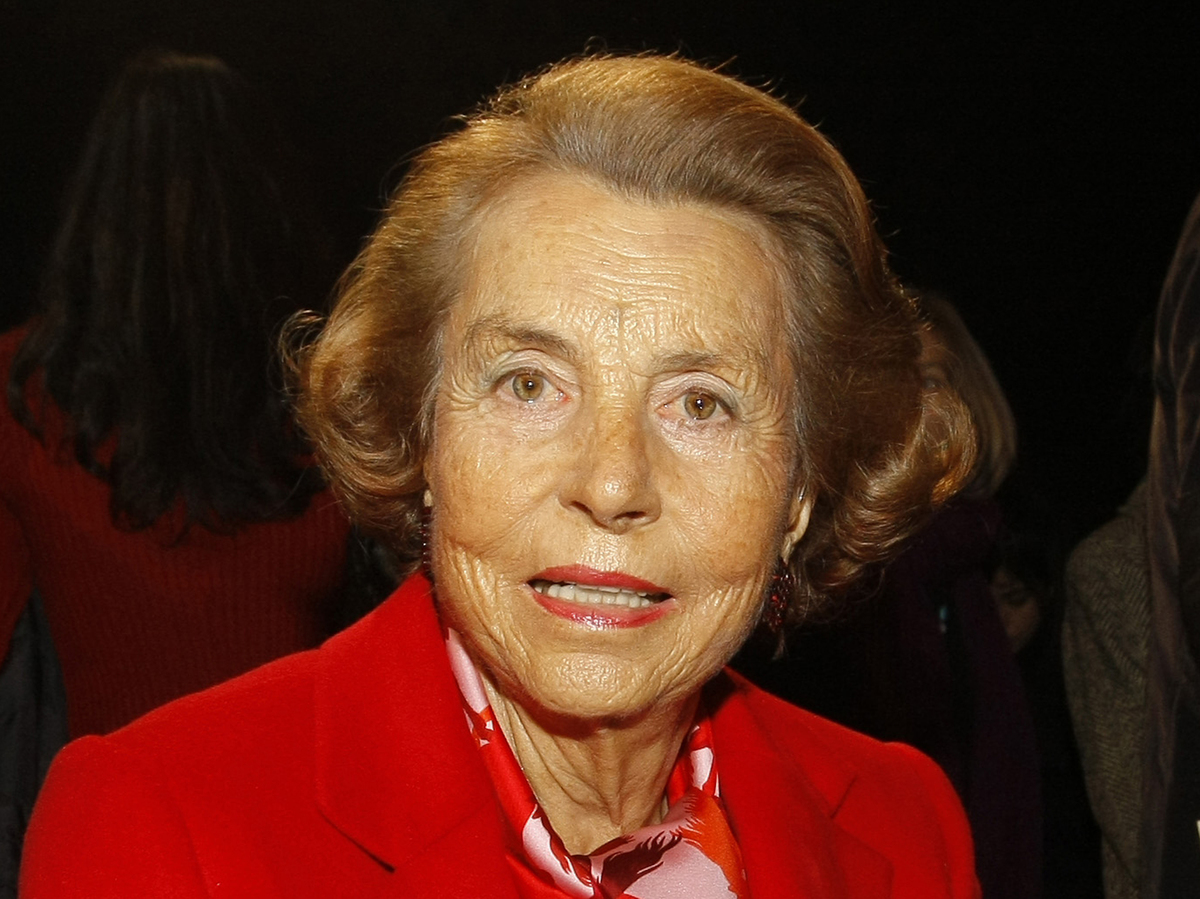 Liliane Bettencourt, heiress to the L'Oréal cosmetics dynasty, has died at the age of 94.

In March, Forbes ranked Bettencourt the world's richest woman, putting her net worth at $39.5 billion.

Bettencourt's daughter, Francoise Bettencourt-Meyers, confirmed the death in a statement to French media, saying her mother died "peacefully" at her home in France overnight Wednesday.

Bettencourt's father, Eugene Schueller, founded L'Oréal in 1909. The chemist created and patented a hair dye that helped launch the company into an international multibillion-dollar powerhouse. Upon his death in 1957, he left his daughter controlling interest in L'Oréal, reports The New York Times.

Bettencourt served as board director until stepping down in 2012 when she was replaced by her then-25-year-old grandson, Jean-Victor Meyers.

Bettencourt and her family were the largest stakeholders of L'Oréal, owning 33.1 percent of the company, reports the Financial Times.

Beauty brands including Maybelline, Lancôme and Kiehls are all part of the L'Oréal Group.

"We all had a great admiration for Liliane Bettencourt who always looked after L'Oréal, the company and its employees, and was very attached to its success and development," said Jean Paul Agon, chairman and CEO of L'Oréal Group, in a statement. "She has personally contributed greatly to its success for many years."

Bettencourt's past was colorful in more ways than one. She was embroiled in a long-standing family controversy that spilled into French politics, known as l'affaire Bettencourt, which not only titillated French media but may have resulted in Nicolas Sarkozy's losing the presidency.

In 2007, Bettencourt-Meyers, an only child, filed a criminal suit, accusing her mother's friend François-Marie Banier of taking advantage of an elderly woman not in full control of her faculties. Bettencourt had given Banier some billion dollars' worth of gifts, and he had reportedly suggested that she adopt him.

Banier and several others, including business associates and lawyers, were all found guilty of exploiting Bettencourt, who the French court said was suffering from Alzheimer's disease. Banier was sentenced to prison and fined.

Then-President Sarkozy was brought into the mix when secretly recorded tapes and accusations by a disgruntled employee implicated him as also benefiting from Bettencourt's largesse.

Sarkozy denied any wrongdoing, but he was tainted by the scandal and was defeated by François Hollande in 2012.

Although Bettencourt grew up with tremendous privilege, there was darkness there as well. The Times reports that her father, Schueller, was a Nazi sympathizer who took property seized from Jews in Germany.

In 1950, Bettencourt married André Bettencourt, who served in the French government and was also a vocal anti-Semite.

As the Times reports:

"While she remained in the background most of her life, Mrs. Bettencourt had long tried to live down the stains of anti-Semitic activities and Nazi associations by her father and husband before and during World War II."

Bettencourt was known for her philanthropy, donating millions of dollars to education, museums and medical research, reports the Times, but she took a largely passive role as her father's successor at L'Oréal.

A previous version of this story misspelled Nicolas Sarkozy's first name as Nicholas.