Accessibility links
In Devastated Dominica, 'Hams' Become Vital Communications Link : The Two-Way With cellphone providers struggling to get back up and running, amateur radio operators have stepped in to fill the communications void. 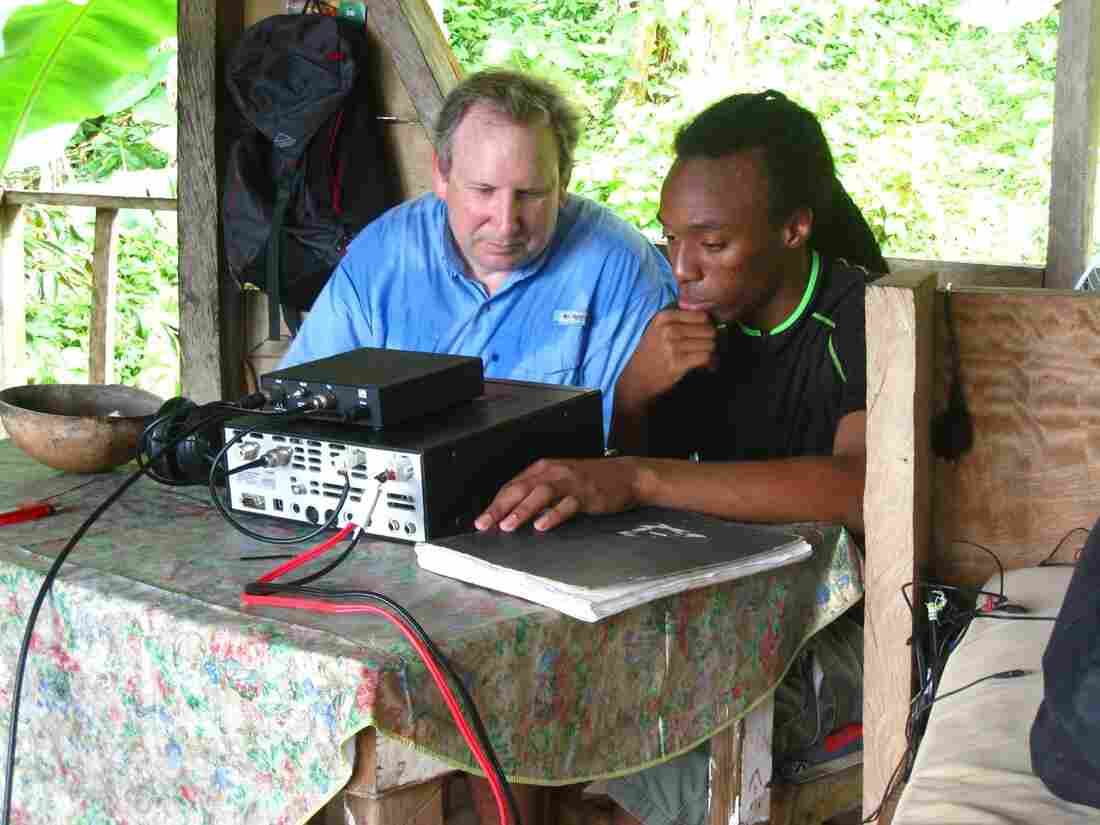 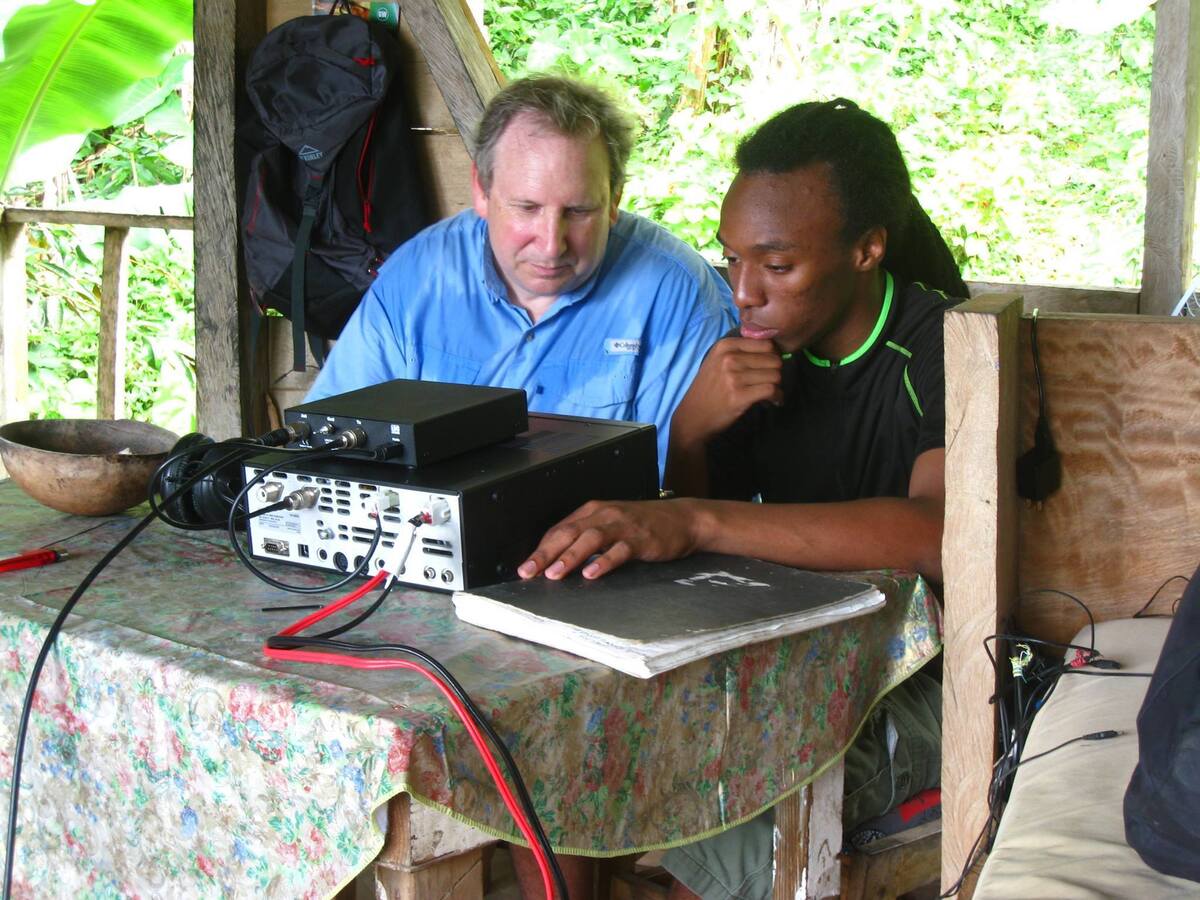 When Hurricane Maria smashed into the tiny island of Dominica in the Eastern Caribbean earlier this week, phone service went down, virtually cutting off the island. But within hours, amateur radio operators got on the air and have been providing a vital link to the outside world ever since.

Speaking to ABS Television/Radio in his first interview since Maria made landfall, Dominican Prime Minister Roosevelt Skerrit, on a visit to Antigua, said at least 15 people were dead and at least 20 others missing amid "unprecedented" destruction. 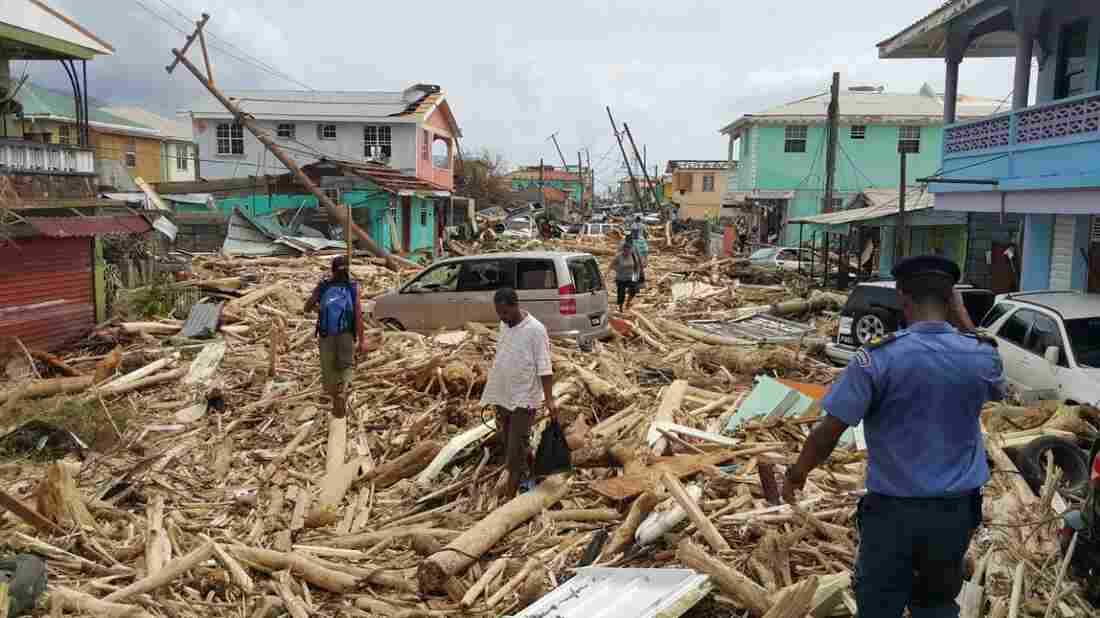 View of damage caused the day before by Hurricane Maria near Roseau, Dominica, on Wednesday. AFP/Getty Images hide caption 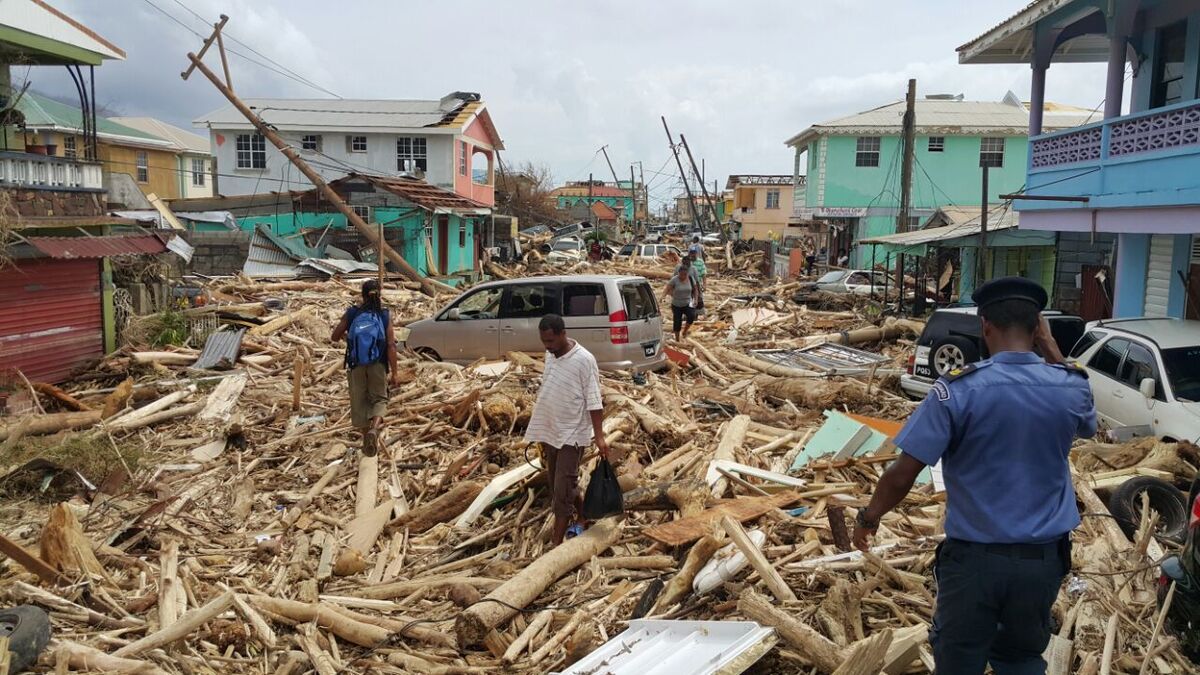 View of damage caused the day before by Hurricane Maria near Roseau, Dominica, on Wednesday.

An estimated 95 percent of roofs on homes in some towns were blown off in the 160-mph winds brought by the hurricane, which topped out at Category 5 when it hit the island. Debris-strewn roads are impassable, he said. "We have to access villages by sea and also by helicopter," said Skerrit, whose own home was among those severely damaged in the storm.

"Every village on Dominica, every street, every cranny, every person was impacted by the hurricane," he told ABS, saying that the main hospital in the capital, Roseau, is without power because authorities are afraid of starting backup generators owing to extensive flooding.

"It has been brutal. We have never seen such destruction. Unprecedented," he said.

Shortly before the storm struck, ham-radio enthusiasts Michelle Guenard and her husband, Brian Machesney, set up a Facebook page from their home in Craftsbury, Vt., to act as a clearinghouse for whatever information they could glean through the airwaves via ham operators on Dominica, many of whom they know personally. There's also a livestream of the HF radio frequency being used for the emergency network.

The couple have been traveling to Dominica on and off for the past decade, where they've trained ham operators, helping get them licensed, bringing in radio equipment and getting them set up.

"We know through these emergency situations that ham radio is the only way to get information when everything else goes down," Guenard tells NPR.

One of the operators the couple helped train, Gordon Royer Jr., is now a primary contact in hard-hit Roseau.

Guenard says that Dominica's mountainous interior complicates radio communications from one side of the island to the other, so hams use a mid-island broadcast repeater. Remarkably, the repeater survived the storm intact. 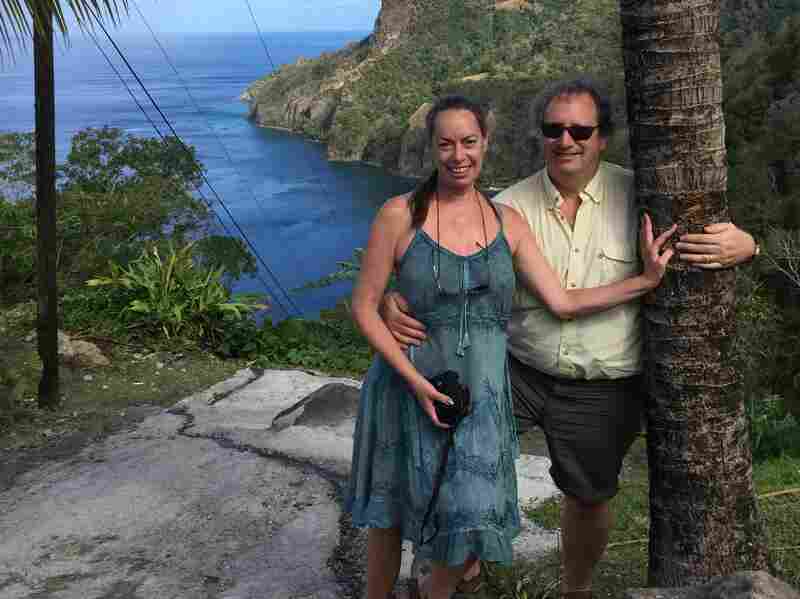 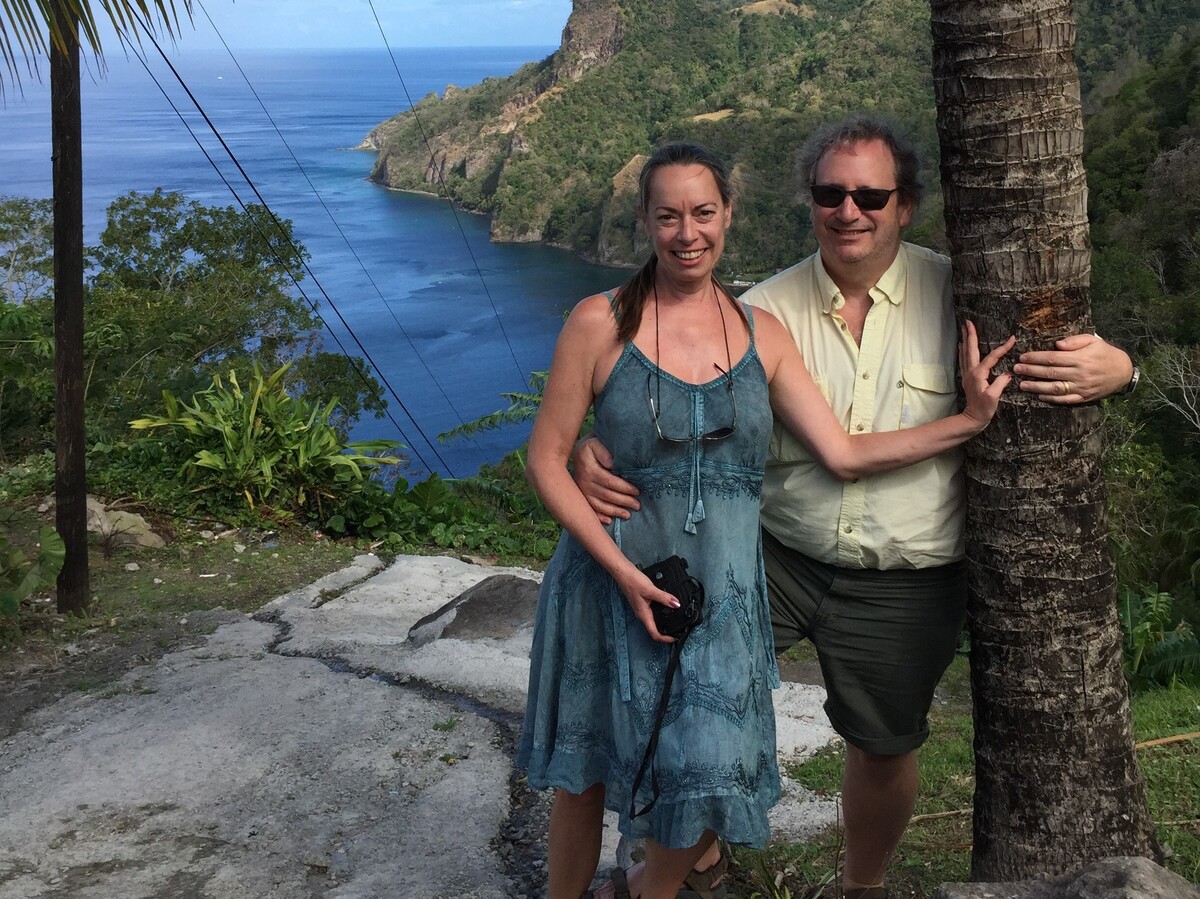 Although many ham operators lost antennas in the ferocious winds, they've been able to "put up a scrap of wire" and get back on the air, Guenard says. A second repeater, based in nearby St. Lucia, has also been pressed into service, "kind of like smoke signals from one mountaintop to the next," she tells NPR.

The storm passed over Dominica around midnight on Monday. By Tuesday afternoon, hams were broadcasting reports of damage, she says. "For the longest time, the chatter was very basic reports. No one could get anywhere" to see the extent of the destruction.

"The way the storm hit, all of the palm trees came off the island to the west and then swept back in," leaving the island "armpit deep in timber," she says.

"They are having to go from town to town via fishing boat," she says. "But they haven't been able to get anywhere except for major ports."

Which means it could be some time before the full extent of the death and destruction is known, Guenard says.

One of the two cellphone providers on the island has reportedly managed to restore service in some areas, but customers are being asked to use text only to keep from overwhelming the still-fragile network.

For the moment, anyway, Dominica's ham radio is more reliable.