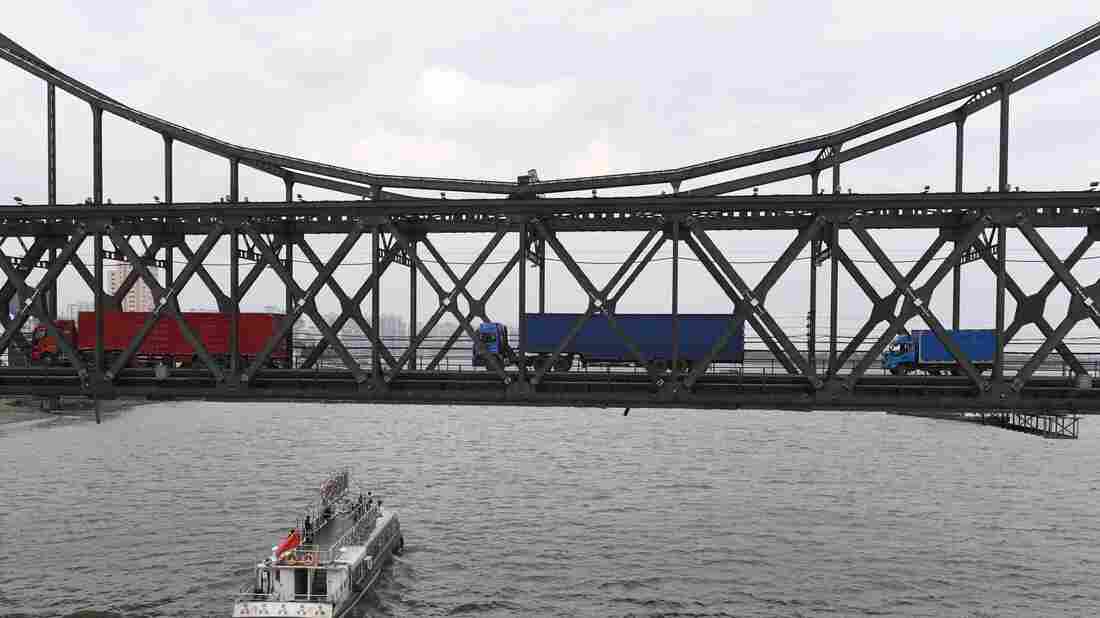 Trucks drive over the Friendship Bridge, from the North Korean town of Sinuiju to the Chinese border city of Dandong on Sept. 5. China says it will ban textile imports from North Korea. Greg Baker/AFP/Getty Images hide caption 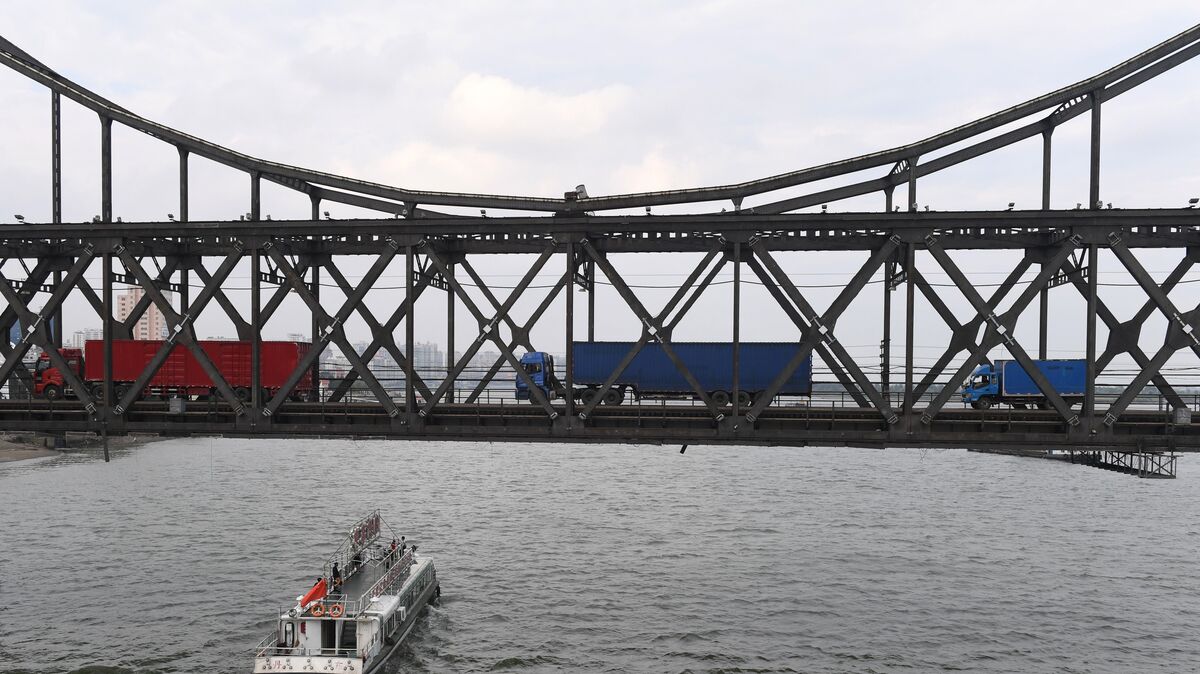 Trucks drive over the Friendship Bridge, from the North Korean town of Sinuiju to the Chinese border city of Dandong on Sept. 5. China says it will ban textile imports from North Korea.

China's Ministry of Commerce said Saturday it would limit refined petroleum exports starting Oct. 1 and ban the import of North Korean textiles immediately. It would ban exports of liquefied natural gas to the North immediately as well.

China accounts of about 90 percent North Korea's trade, according to The Associated Press. The BBC estimates the textile ban will cost the North more than $700 million per year.

"Textiles are believed to be the North's biggest source of foreign revenue following rounds of U.N. sanctions under which Beijing cut off purchases of coal, iron ore, seafood and other goods," the AP says.

"The new sanctions set a cap on crude and refined oil exports to North Korea at 8.5 million barrels per year, which represents a 30 percent reduction, according to U.S. officials. The sale of natural gas will be prohibited and refined petroleum sales will be capped at 2 million barrels annually. The Security Council resolution also bans all North Korea textile exports, worth an average of $760 million over the past three years."

The U.N. sanctions were a response to North Korea's sixth nuclear test, which experts said was its biggest by far, earlier this month. The country also has tested more than a dozen missiles this year, some of which have flown over Japan — a strong U.S. ally.

President Trump has accused China of not putting enough pressure on Kim's regime to step back from its sabre-rattling.

The U.S. put its own sanctions on North Korea on Thursday, against banks or companies doing business with the country.

There have been so many rounds of sanctions against North Korea that it can be hard to keep track.

And it's possible that North Korea is able to undermine them. Reuters reported that North Korean ships have headed home from Russia carrying fuel, despite the ships declaring they were headed somewhere else. Experts say North Korea also uses shell companies to skirt rules.

" 'It hasn't worked. So we're doing more of the same. ... One thing North Korea is extremely good at is absorbing pain. And the last thing they're going to yield on is their deterrence capability. Because they feel under threat and under siege.' "