Accessibility links
'Imminent' Dam Failure Threatens Thousands Of People In Puerto Rico : The Two-Way The National Weather Service warned locals to evacuate, but with most communications down, it remained unclear how many would heed the alerts. 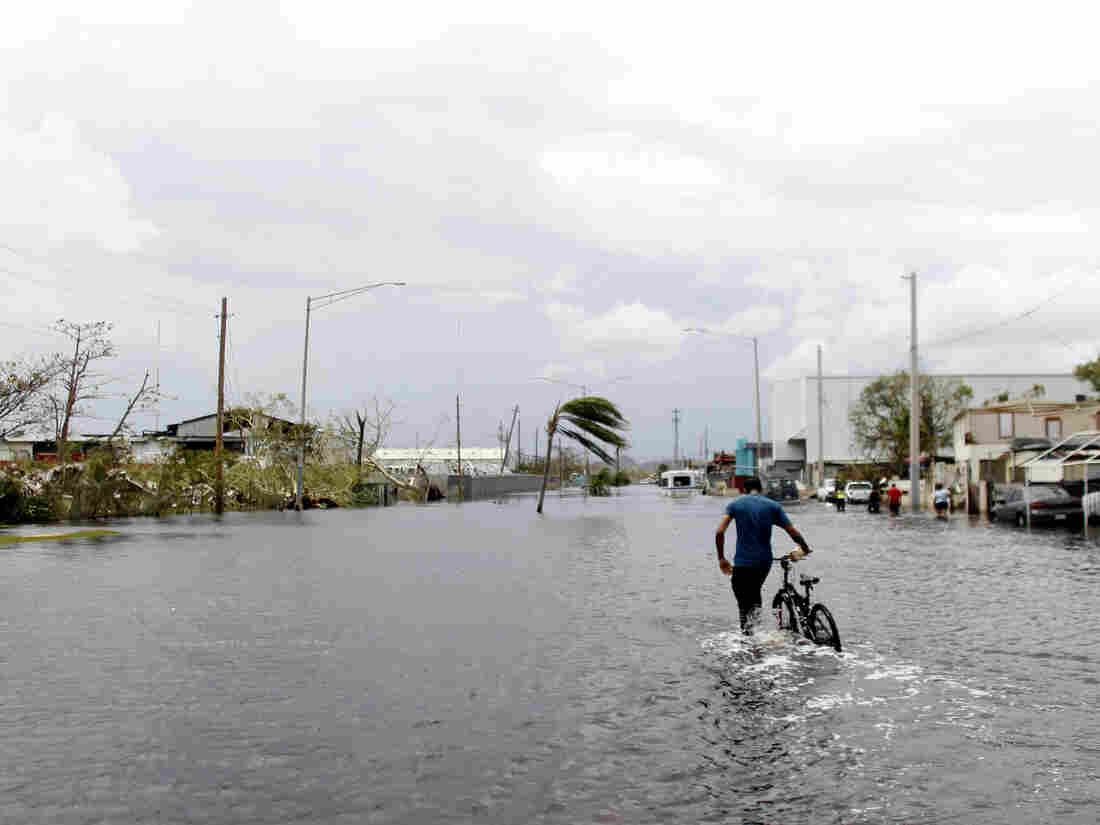 A man pushes his bicycle through a flooded street in Cataño, Puerto Rico, on Friday. Hurricane Maria drenched many spots on the island with about 20 inches of rain. Ricardo Arduengo/AFP/Getty Images hide caption 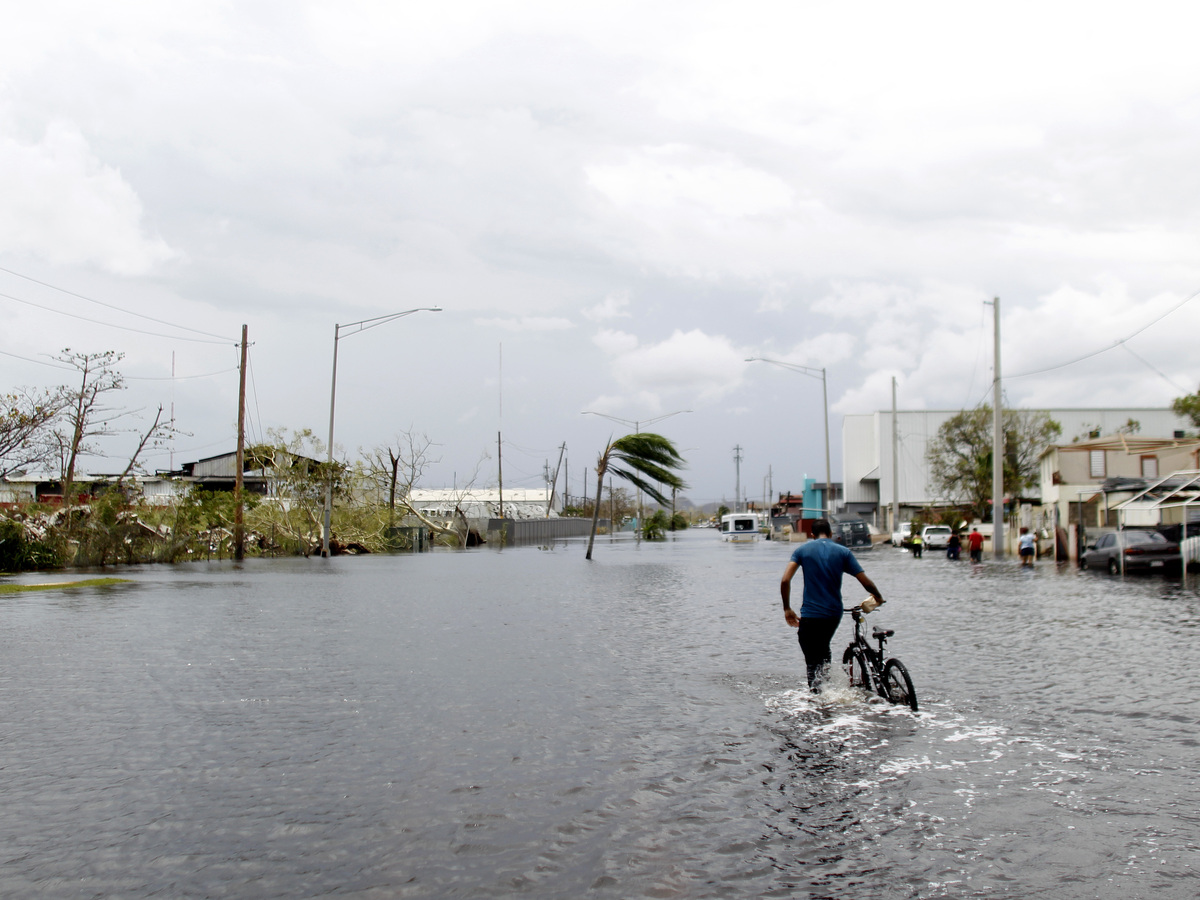 A man pushes his bicycle through a flooded street in Cataño, Puerto Rico, on Friday. Hurricane Maria drenched many spots on the island with about 20 inches of rain.

Officials continued to urge tens of thousands of people living downstream from a precarious, slowly failing dam in northwestern Puerto Rico to evacuate Saturday. But the U.S. territory's severely compromised communications infrastructure meant it was not immediately clear how successful the warnings would be.

The National Weather Service said in an alert Saturday that "dam operators continued to report the threat of a failure of the Guajataca Dam, potentially causing life-threatening flash flooding downstream."

Aerial footage of the dam, inundated by days of heavy rain from Hurricane Maria's passage over the island, revealed a torrential flow of water to the river below.

The National Weather Service on Friday called the dam's break "imminent," announced that buses were evacuating locals and implored anyone in the area to get out of the "extremely dangerous situation."

All Areas surrounding the Guajataca River should evacuate NOW. Their lives are in DANGER! Please SHARE! #prwx

On Friday, officials estimated 70,000 people living near the Guajataca Dam, including in the towns of Quebradillas and Isabela, had been ordered to leave their homes, according to The Associated Press.

Anthony Reynes, a meteorologist with the National Weather Service in Miami, told NPR on Saturday that the evacuation goals had been scaled back considerably. Authorities were now, he said, focused just on reaching the 300 to 500 people along the banks of the river downstream.

Still, getting out the evacuation message was extremely difficult.

That is because Hurricane Maria has demolished the country's power system, which the governor warned could take months to repair, and ruined telecommunications systems.

On Thursday, the FCC estimated that more than 95 percent of Puerto Rico's cellular telephone sites were out of service. The commission added in its report that "large percentages of consumers are without either cable services or wireline services."

Calls were reportedly more difficult outside the U.S. territory's capital, including municipalities like those threatened by the collapsing dam.

As the AP reports, the 345-yard, roughly 90-year-old Guajataca Dam developed a crack during the storm, which engineers believe could be an indicator of an eventual complete failure.

Maria made landfall on the eastern coast of Puerto Rico early Wednesday as a Category 4 hurricane — the island's first since 1932 — with sustained winds of 155 mph. From there, it tore across the U.S. territory, downing buildings and power lines and drenching much of the island with about 20 inches of rain. One area near San Juan received 37.9 inches, as NPR's Amity Kelly reported.

Michael Fernandez, the executive director of CARAS, a Puerto Rico-based nonprofit assisting in the recovery, told NPR's Weekend Edition Saturday that the failing dam worried him and that he has received no information from that region of the island.

He also said that while he was encouraged by the work of the National Guard and the Army, the recovery ahead seemed daunting.

"This is a completely new life we have to start living," he said.