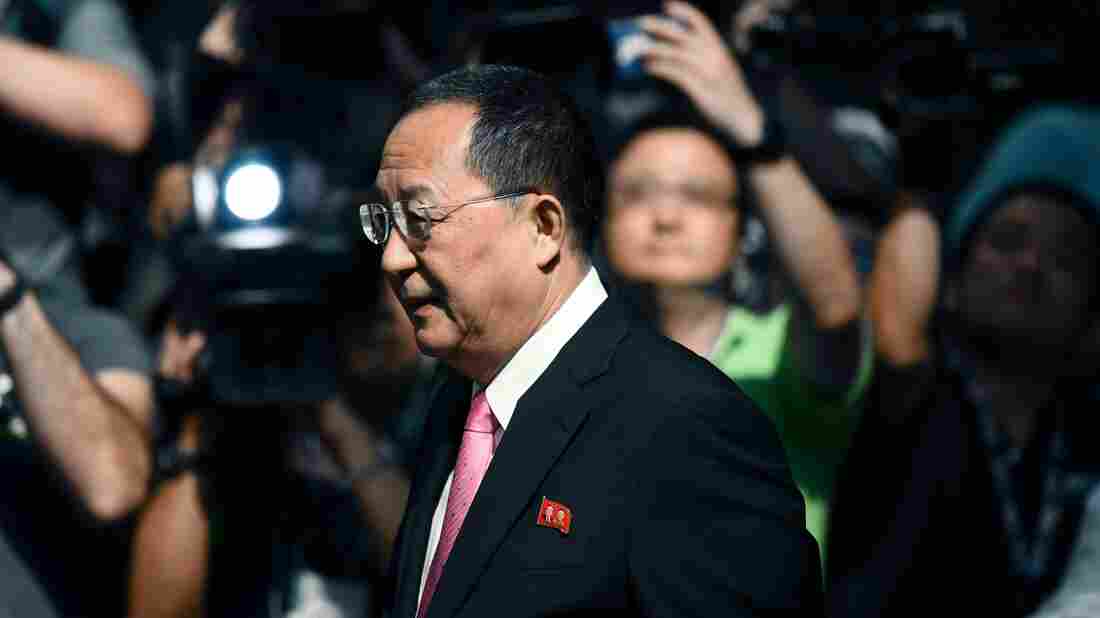 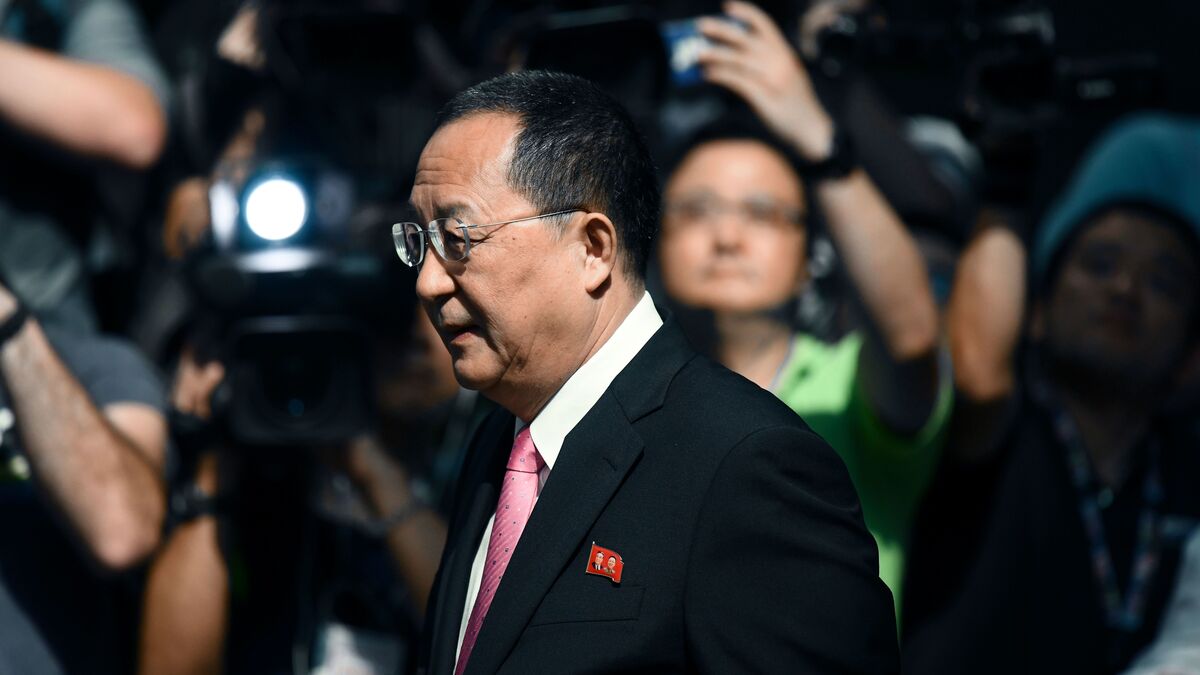 North Korean Foreign Minister Ri Yong Ho leaves his hotel in New York on Monday. Ri says President Trump's tweets amount to a declaration of war against North Korea — and that the country can now defend itself under international law.

North Korea's foreign minister says President Trump's tweets about the Korean nation amount to a declaration of war and that under international law, his country can legally shoot down U.S. military planes — even if they're not in North Korea's airspace.

"For the past couple of days, we had earnestly hoped that the war of words between North Korea and the U.S. would not lead to action," Ri Yong Ho said in remarks translated for NPR by journalist Jihye Lee. "However, Trump had ultimately declared war again last weekend, by saying regarding our leadership, that he will make it unable to last longer."

Just heard Foreign Minister of North Korea speak at U.N. If he echoes thoughts of Little Rocket Man, they won't be around much longer!

The foreign minister said that Trump, as America's current leader, had issued a "clear declaration of war."

In response, Pentagon spokesman Col. Robert Manning said, "If North Korea does not stop their provocative actions, you know, we will make sure that we provide options to the president to deal with North Korea."

Ri was speaking this morning in New York, where U.N. meetings have been going on since last week. He was responding to a tweet from Trump, who said on Saturday, "Just heard Foreign Minister of North Korea speak at U.N. If he echoes thoughts of Little Rocket Man, they won't be around much longer!"

The exchange of threats also included this from Trump, on Friday: "Kim Jong Un of North Korea, who is obviously a madman who doesn't mind starving or killing his people, will be tested like never before!"

"The world, including all member states currently attending the United Nations General Assembly, must clearly remember that this time, America declared war on us first. The U.N. charter acknowledges all member states' independent rights to self-defense.

Regarding who or what country might "last longer," the North Korean official added, "We will see when the time comes."

Over the weekend, the U.S. sent warplanes into international airspace east of North Korea, in a show of force that included B-1B Lancer bombers and F-15C Eagle fighter escorts.

Of that flight, Pentagon spokesperson Dana White said, "This is the farthest north of the Demilitarized Zone any U.S. fighter or bomber aircraft have flown off North Korea's coast in the 21st century."

"The United States has not 'declared war' on North Korea. We continue to seek a peaceful denuclearization of the Korean Peninsula.

"No nation has the right to fire on other nations' aircraft or ships in international airspace or waters."

The dispute between the leaders of the U.S. and North Korea has taken on a decidedly personal tone lately — as when Trump called Kim Jong Un "Rocket Man" during a speech at the U.N. on Tuesday. The president also said he would "totally destroy" North Korea if the U.S. had to defend itself or its allies.

In response, Kim issued a long statement in which he took the rare step of using the first person — and in which he vowed, "I will surely and definitely tame the mentally deranged U.S. dotard with fire."