Accessibility links
Citing Threats, Guggenheim Pulls 3 Works Involving Animals From Exhibition : The Two-Way An online petition demanding the museum remove the works garnered more than 600,000 signatures since it was posted five days ago, contending that three of them depict animal cruelty. 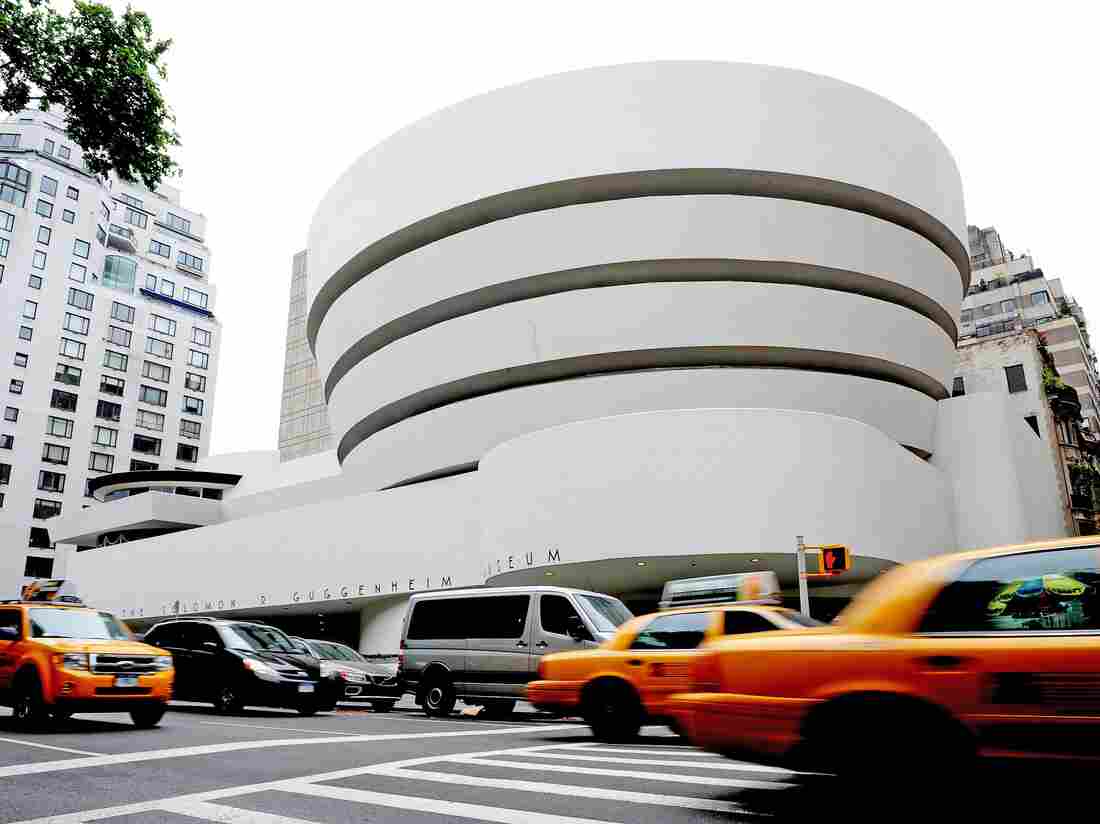 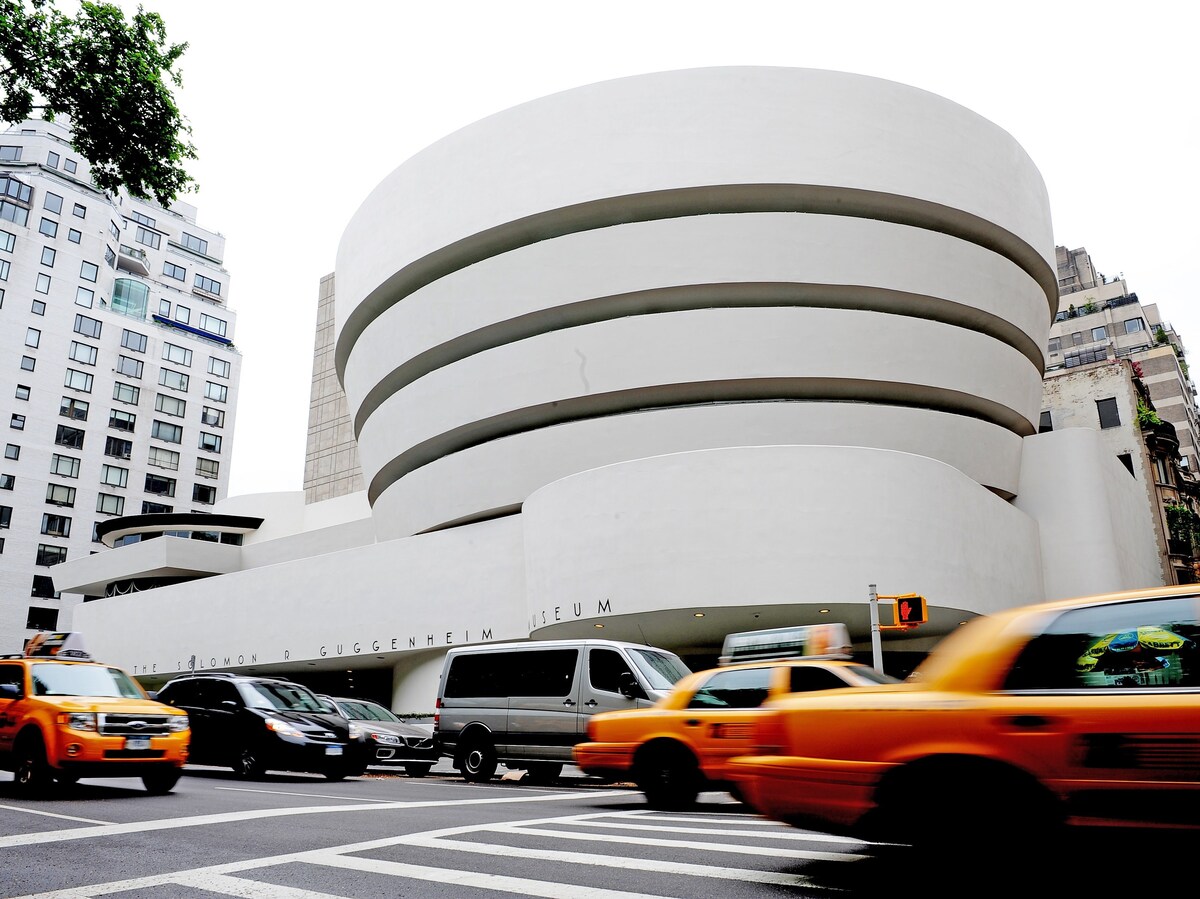 The Guggenheim Museum in New York has announced it is pulling three works from an upcoming exhibit of contemporary Chinese art owing to "explicit and repeated threats of violence."

An online petition demanding the museum remove the works garnered more than 600,000 signatures since it was posted five days ago, contending that three of them depict animal cruelty. The pressure mounted from there: Tweets show protesters gathered outside the museum on Saturday, holding signs that say "suffering animals is not art."

The works in question all involve either live animals or videos thereof.

The Guggenheim says the exhibition, "Art and China after 1989: Theater of the World," with art spanning 1989 to 2008, is the largest show on the subject ever mounted in North America. The exhibition opens next week, and curators are surely making some hasty rearrangements after removing the three pieces – one of which lent the title to the whole show.

The most controversial is called Dogs That Cannot Touch Each Other, by Sun Yuan and Peng Yu, and shows four pairs of American pit bulls tethered together on nonmotorized treadmills, charging at one another but unable to make contact. The Guggenheim planned to display a seven-minute video of the performance, which was staged at a Beijing museum in 2003, a video that shows not only the dogs but museumgoers watching and photographing the spectacle.

(A portion of the video has been posted to YouTube by an account called Boycott Guggenheim, and as the controversy suggests, it makes for uncomfortable viewing.) 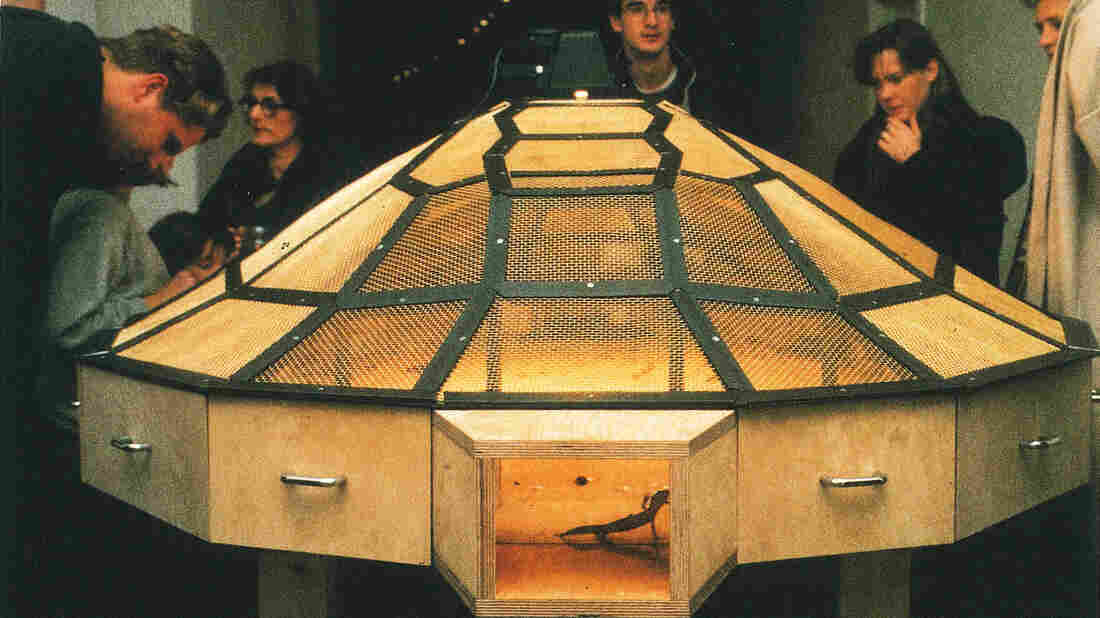 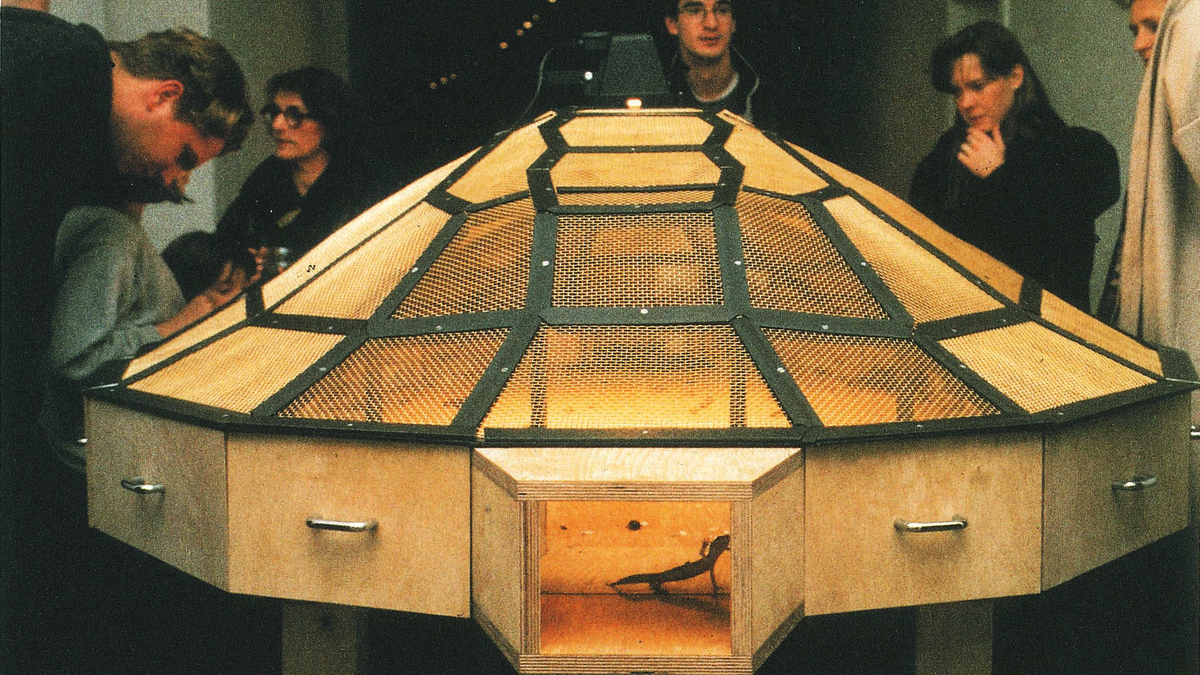 The second piece to be removed is Theater of the World, by Huang Yong Ping. In what The New York Times said was to be "the signature piece of the show," the work consists of a wood and steel structure covered in mesh and lit by warming lamps, under which insects and lizards scurry. Under the gaze of visitors, some of the inhabitants may eat each other. (And be occasionally replenished by a local pet store.)

The last, a work by Xu Bing titled A Case Study of Transference, is also a video of an earlier performance. In this case, that performance includes two pigs, stamped with Roman and Chinese characters, copulating in front of a live audience.

PETA issued a call on Monday for the museum to take down Dogs That Cannot Touch Each Other and Theater of the World.

"These animals experience every emotion that you, I, and our beloved dogs and cats do," wrote PETA President Ingrid Newkirk. "They're emotionally complex and highly intelligent living beings, not props. The animals in these exhibits are not willing participants, and no one should force sentient beings into stressful situations for 'art' or 'sport.' "

As the dog video became the focus of scrutiny last week, the museum came to its defense.

"Reflecting the artistic and political context of its time and place, Dogs That Cannot Touch Each Other is an intentionally challenging and provocative artwork that seeks to examine and critique systems of power and control," the Guggenheim said in a statement Thursday. "We recognize that the work may be upsetting. The curators of the exhibition hope that viewers will consider why the artists produced it and what they may be saying about the social conditions of globalization and the complex nature of the world we share."

But on Monday the museum relented under the pressure and said it was pulling the three works, citing threats of violence and concern for the safety of its staff, visitors and the artists.

The museum did not respond to NPR's request for detail on the nature of the threats it received. But its statement conveys a palpable sense of frustration.

"Although these works have been exhibited in museums in Asia, Europe, and the United States, the Guggenheim regrets that explicit and repeated threats of violence have made our decision necessary," it said. "As an arts institution committed to presenting a multiplicity of voices, we are dismayed that we must withhold works of art. Freedom of expression has always been and will remain a paramount value of the Guggenheim."