Accessibility links
Prototypes For Donald Trump's Border Wall Begin Construction In San Diego : The Two-Way U.S. Customs and Border Protection announced Tuesday the eight sample walls are now under construction in San Diego. Still, it remains unclear where the funds for the actual one will come from. 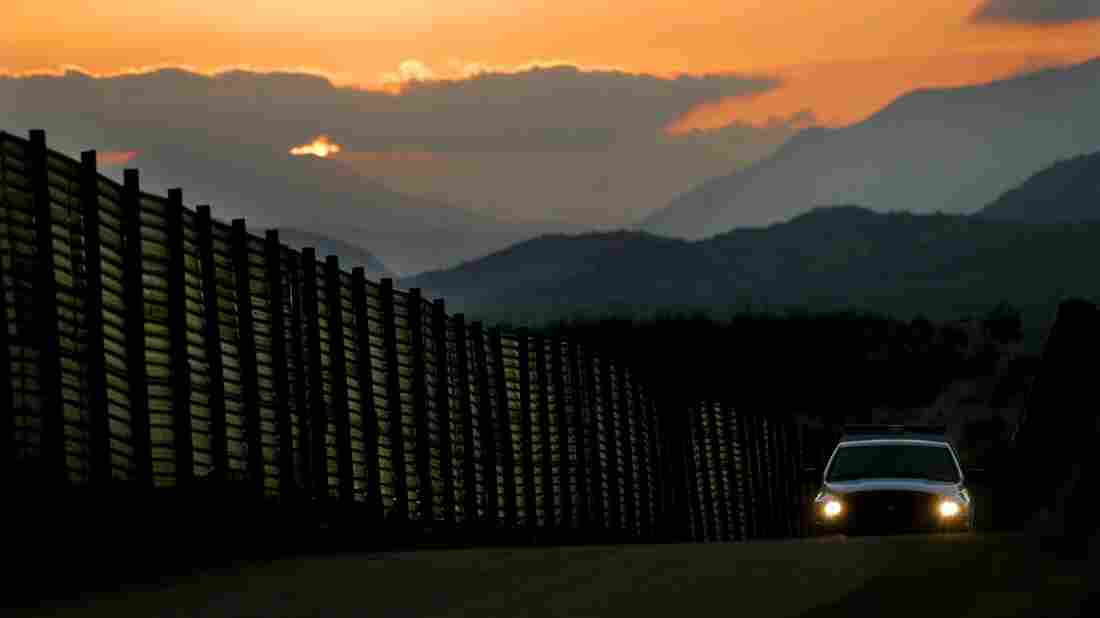 A Border Patrol vehicle rides beside an already existing portion of the wall along the U.S.-Mexico border south of San Diego. Sandy Huffaker/Getty Images hide caption 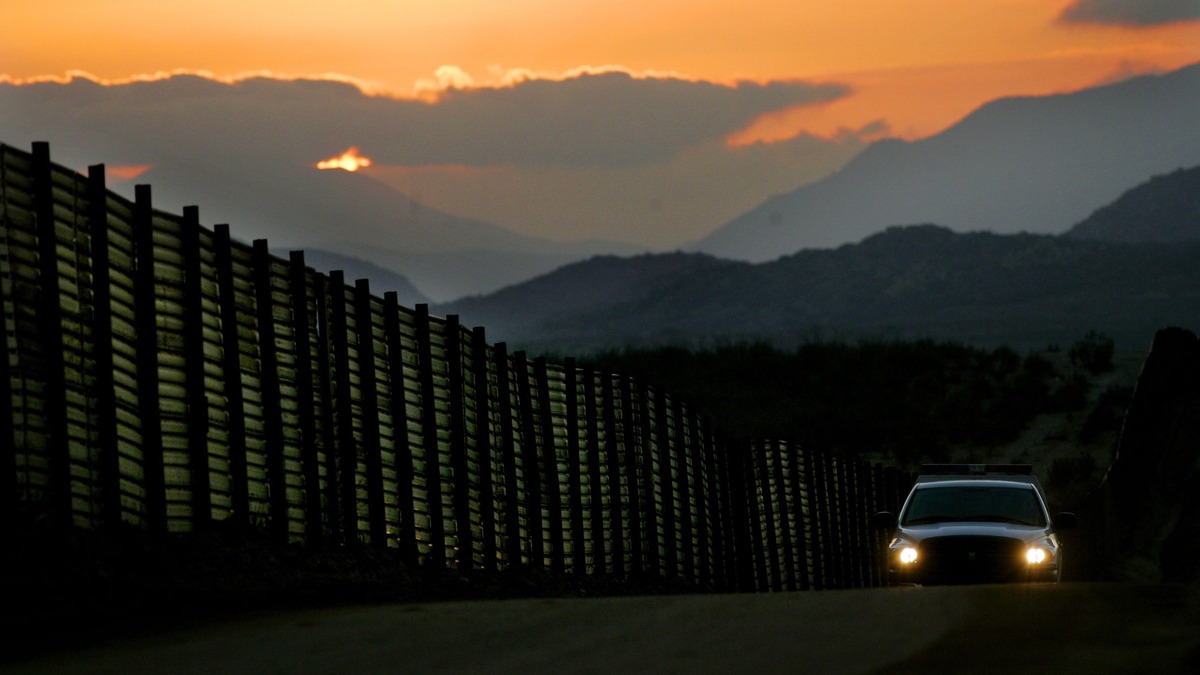 A Border Patrol vehicle rides beside an already existing portion of the wall along the U.S.-Mexico border south of San Diego.

After months of competition and preparation, contractors broke ground Tuesday on eight prototypes for President Trump's long-promised border wall. U.S. Customs and Border Protection announced that the companies would have about 30 days to complete construction on their prototypes in San Diego.

"We are committed to securing our border and that includes constructing border walls," CBP's acting deputy commissioner, Ronald Vitiello, said in a statement Tuesday.

"Our multi-pronged strategy to ensure the safety and security of the American people includes barriers, infrastructure, technology and people. Moving forward with the prototype enables us to continue to incorporate all the tools necessary to secure our border."

Six contractors from across the country have been selected to build the eight prototypes, half of which will be constructed of concrete and the other half of "other materials." The walls are to range between 18 and 30 feet high and succeed in one prevailing goal: "deter illegal crossings in the area in which they are constructed."

Once built, they will undergo testing by the Department of Homeland Security.

And all the while, officials are preparing for a fair share of protests against the controversial project. The Los Angeles Times reports that miles of fencing have been put up in San Diego's Otay Mesa region — a "checkerboard of public and private land ownership" where the prototypes are to be built — and no-parking zones will be in effect through Nov. 10.

The free speech area designated for potential protesters is a "dusty, unshaded, weed-choked lot overlooking Otay Mesa and more than 1.5 miles away from construction," according to The San Diego Union-Tribune.

That said, the paper reports there appeared to be no protesters around as construction kicked off Tuesday, and at least one local activist expressed skepticism the project was even worth protesting at the moment.

"It's just political theater," Hiram Soto, spokesman for Alliance San Diego, told the Times. "There is no funding for it in Congress."

Trump relented earlier this month on a threat to shut down the federal government if lawmakers failed to approve funds for the wall, striking a deal with Democrats to delay multiple fiscal deadlines with no strings attached. He has also appeared to acknowledge he won't require border wall funding to be part of a possible deal to save the Deferred Action for Childhood Arrivals program, or DACA.

On the campaign trail and early in his administration, Trump had said repeatedly that Mexico would pay for the wall's construction — a proposition that has also been repeatedly rejected by Mexican leaders.

Estimates for the cost of the border wall have ranged up to $38 billion. The Department of Homeland Security plans to pay for the construction of the prototypes, which cost up to $500,000 each, with funds reallocated internally from other programs.