Accessibility links
Rick Pitino Is Put On Unpaid Leave As University Of Louisville Reacts To Bribery Scandal : The Two-Way The school's interim president, Gregory Postel, called it "a dark day" for the university, after a federal fraud investigation was found to implicate its basketball program. 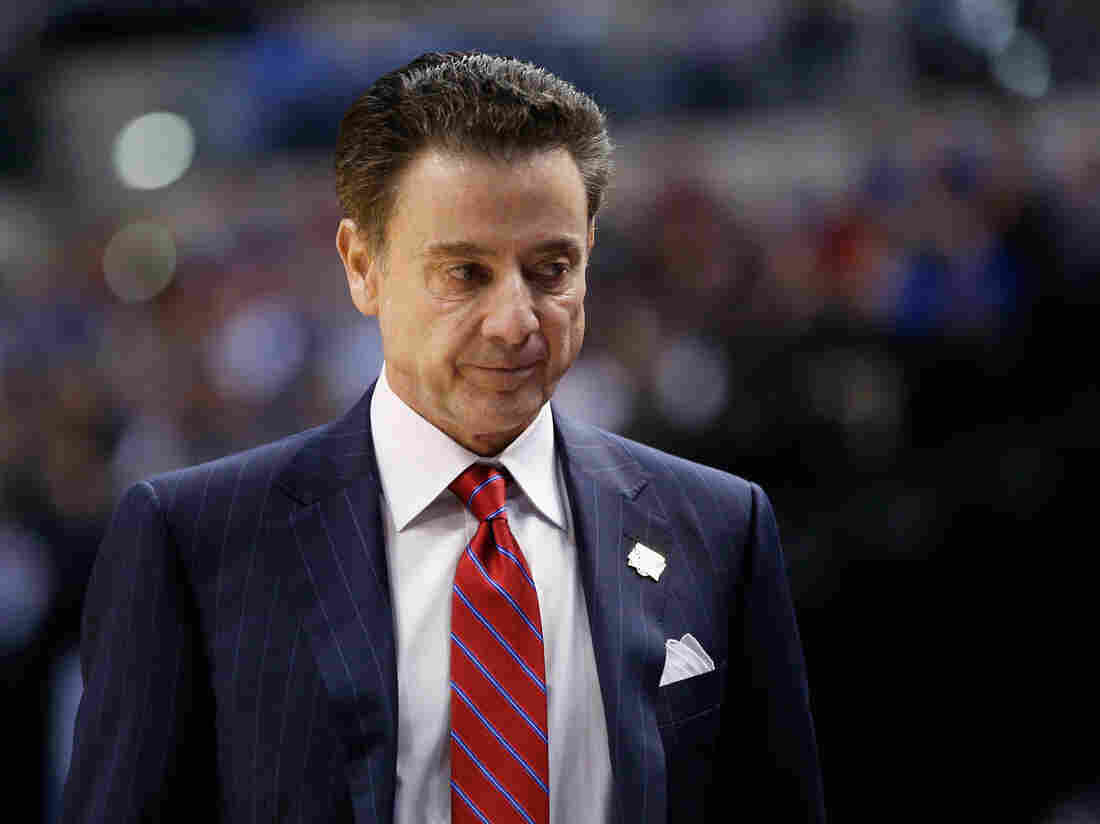 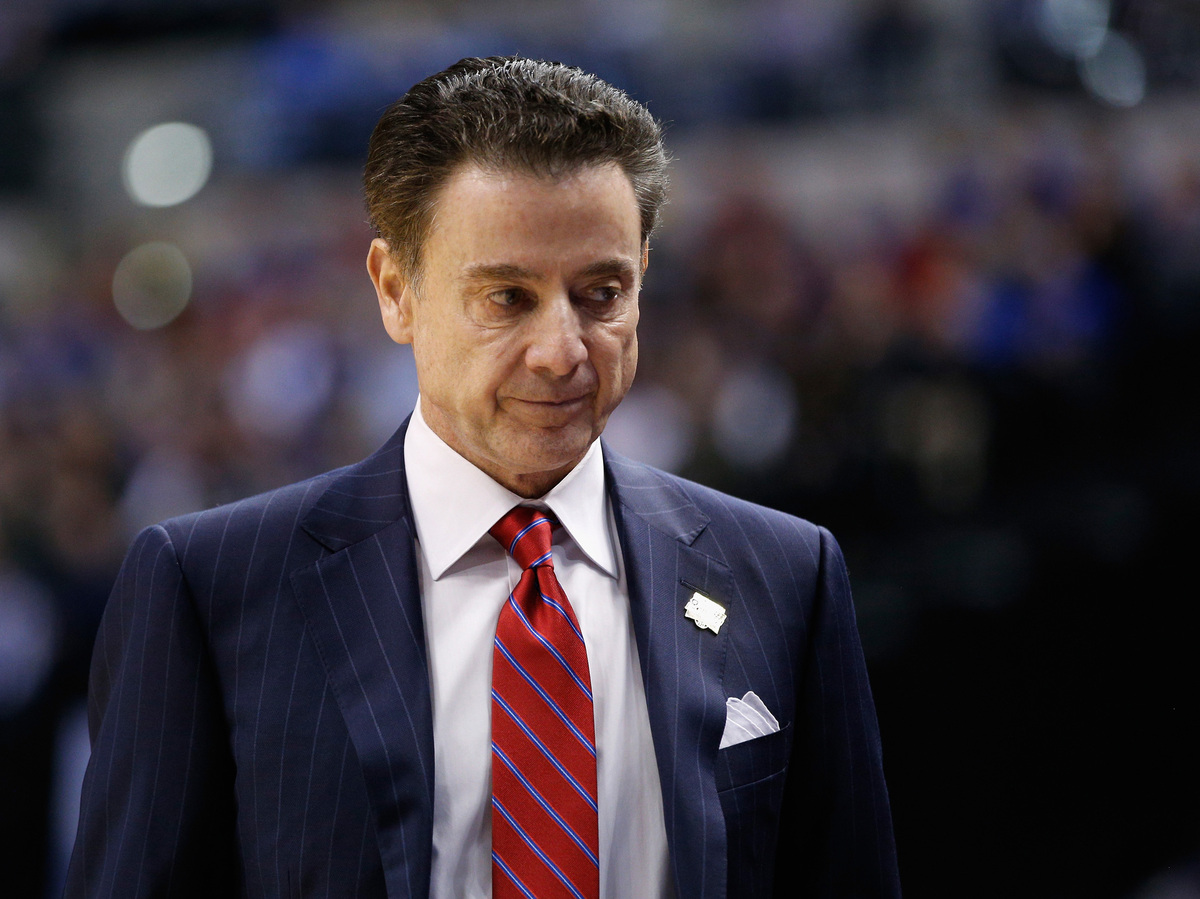 The University Of Louisville has put men's head basketball coach Rick Pitino on unpaid leave, after the program was mentioned in a wide-ranging federal fraud investigation.

The University Of Louisville has placed men's head basketball coach Rick Pitino on unpaid administrative leave, with his employment to be reviewed. The school's interim president, Gregory Postel, called it "a dark day" for the university.

The move comes after Pitino's program was implicated in a wide-ranging federal fraud investigation that was unveiled on Tuesday. The FBI says it caught coaches, Adidas employees and players in a network of bribes.

Member station WFPL reports about the allegations that touch on Louisville in the FBI's bribery case:

"In one instance, an Adidas employee arranged for $100,000 and ongoing monthly payments allegedly funneled through a third-party company for a high school player, who is currently a freshman athlete at the school. That athlete is widely believed to be star recruit Brian Bowen."

Announcing Pitino's reduced status Tuesday, Postel also said that one athlete on the basketball team won't be allowed to practice or play with the team — an apparent reference to Bowen.

Pitino was put on leave after intense speculation that the coach would be fired Wednesday, after federal officials said bribes were paid to steer top high school recruits toward certain schools — and by extension, toward Adidas, the sports apparel company that sponsors those schools' teams.

None of the four assistant coaches who were arrested over the federal charges work under Pitino at Louisville. But in addition to being implicated through court documents, the school's athletics teams are sponsored by Adidas — whose director of global sports marketing for basketball, James Gatto, was among 10 people who were arrested in the federal investigation.

As member station WFPL — which is based in Louisville but is not affiliated with the university — reports, "Adidas paid Pitino $2.25 million in 2015 in athletically related income."

In court documents, investigators alleged universities had agreed to "provide athletic scholarships to student-athletes who, in truth and in fact, were ineligible to compete as a result of the bribe payments."

Charges in the case range from wire fraud and bribery to money-laundering, conspiracy and other offenses.

After news of Louisville's implication in the case emerged Tuesday, the school's interim leader, Postel, issued a statement reading in part, "U of L is committed to ethical behavior and adherence to NCAA rules; any violations will not be tolerated. We will cooperate fully with any law enforcement or NCAA investigation into the matter."

Pitino, 65, has coached at Louisville since 2001. He has won two national titles — one at Louisville in 2013 and another at the University of Kentucky in 1996.

In his own statement, Pitino said on Tuesday:

"These allegations come as a complete shock to me. If true, I agree with the U.S. Attorneys Office that these third-party schemes, initiated by a few bad actors, operated to commit a fraud on the impacted universities and their basketball programs, including the University of Louisville."

The announcement of the university's response comes as Louisville and other colleges are preparing for the upcoming new season. Many schools have resumed practice this week.