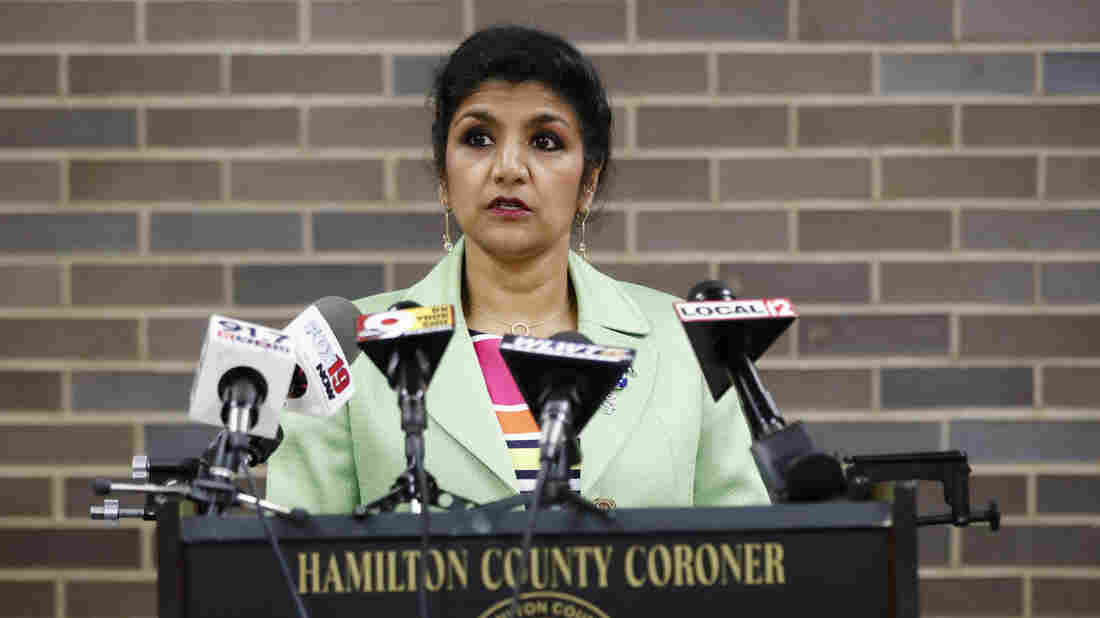 Dr. Lakshmi Sammarco said Wednesday her coroner's office was not able to identify the cause of brain damage that killed 22-year-old Otto Warmbier, who was imprisoned by North Korea for more than a year. John Minchillo/AP hide caption 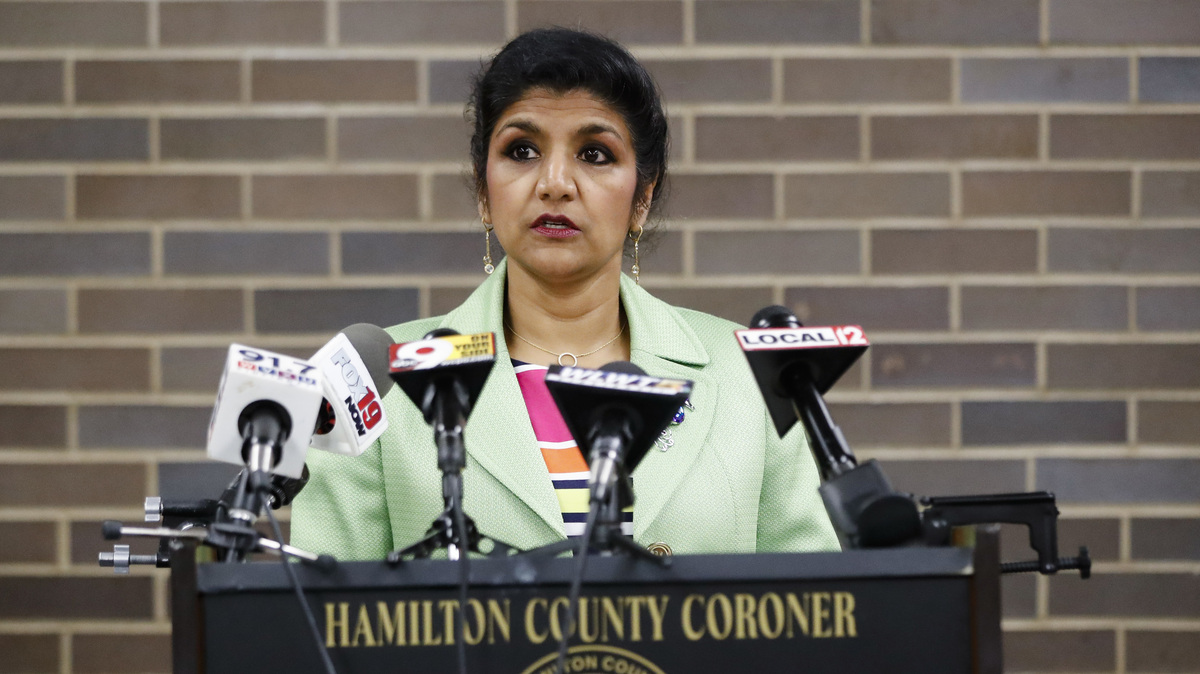 Dr. Lakshmi Sammarco said Wednesday her coroner's office was not able to identify the cause of brain damage that killed 22-year-old Otto Warmbier, who was imprisoned by North Korea for more than a year.

An Ohio coroner who examined the body of 22-year-old University of Virginia student Otto Warmbier says he died from a lack of oxygen and blood to his brain, but she can't determine how the injury occurred.

Warmbier died in June, six days after returning home to Cincinnati after being held in custody in North Korea for more than a year.

"We don't know what happened to him, and this is the bottom line, " Hamilton County Coroner Dr. Lakshmi Sammarco said.

The coroner's report did say that Warmbier died "due to an unknown insult more than a year prior to death." The report was based on an examination of his body after his parents declined an autopsy.

Sammarco said she conducted a "virtual autopsy" using extensive medical scanning and imaging. She said an actual autopsy would not have yielded more information because the brain damage occurred many months before.

Warmbier was with a departing tour group visiting North Korea in early 2016 when he was arrested at the Pyongyang airport and accused of trying to steal a propaganda poster. He was sentenced to 15 years of hard labor.

He returned home in a coma. North Korean officials have denied charges that he was tortured. Instead, they say that his coma was caused by botulism and a sleeping pill.

His parents, Fred and Cindy Warmbier, told the Fox News TV program Fox and Friends on Tuesday that their son had been "terrorized and brutalized for 18 months."

After seeing the show, President Trump tweeted that "Otto was tortured beyond belief by North Korea."

Fred Warmbier said they were shocked when they first saw their son upon his return home. "Otto had a shaved head. He had a feeding tube coming out of his nose. He was staring blankly into space, jerking violently. He was blind. He was deaf. As we looked at him and tried to comfort him it looked like someone had taken a pair of pliers and rearranged his bottom teeth," Warmbier said.

But the coroner, in a Cincinnati news conference, said she had consulted with a forensic dentist.

"There was no evidence of trauma to the teeth," said Sammarco. She said she was surprised by Fred Warmbier's statement about his son's teeth.

Her report also described Otto Warmbier's body as "well-developed, well-nourished" and featuring 10 small scars. Some of the scars were believed to be older; others were clearly related to medical procedures he apparently had received, such as one "consistent with a tracheotomy scar."

Asked point-blank whether she had found evidence of torture, Sammarco said "the fact that he has anoxic encephalopathy or brain damage caused by the lack of oxygen to the brain, we don't know what the root cause of that is."

"We don't have enough information about what happened to Otto, that initial insult, to draw any conclusions," Sammarco added.