Accessibility links
Trump Administration Waives Shipping Restriction For Puerto Rico : The Two-Way The administration has waived the Jones Act for Puerto Rico. Under the law, only U.S.-flagged ships are allowed to move goods between U.S. ports. 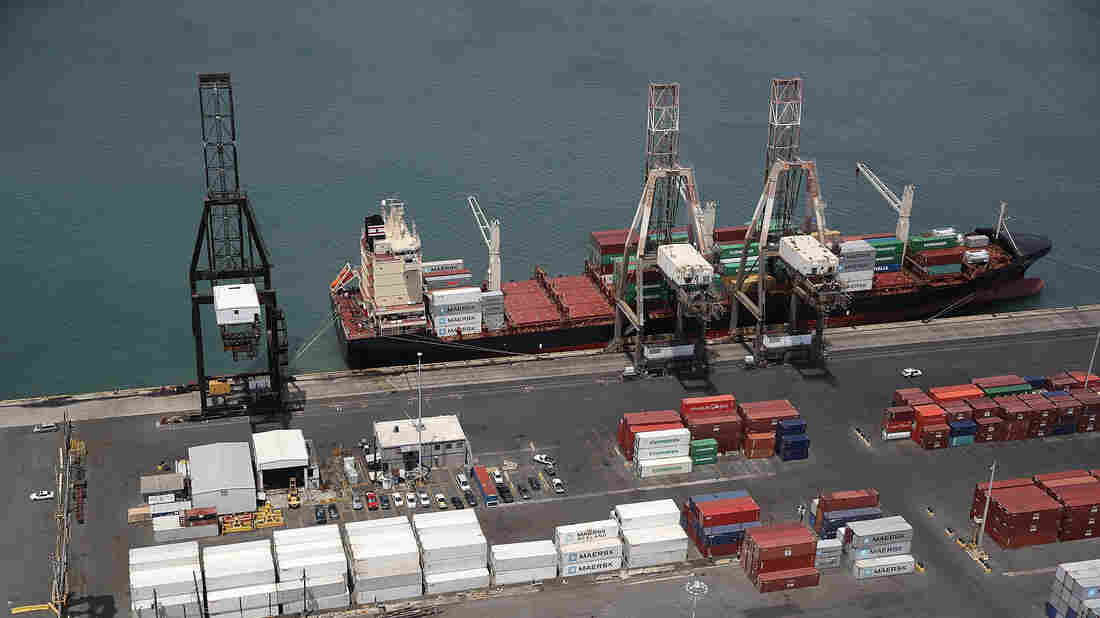 A container ship is seen docked at the port of San Juan as people deal with the aftermath of Hurricane Maria on Monday in San Juan, Puerto Rico. Joe Raedle/Getty Images hide caption 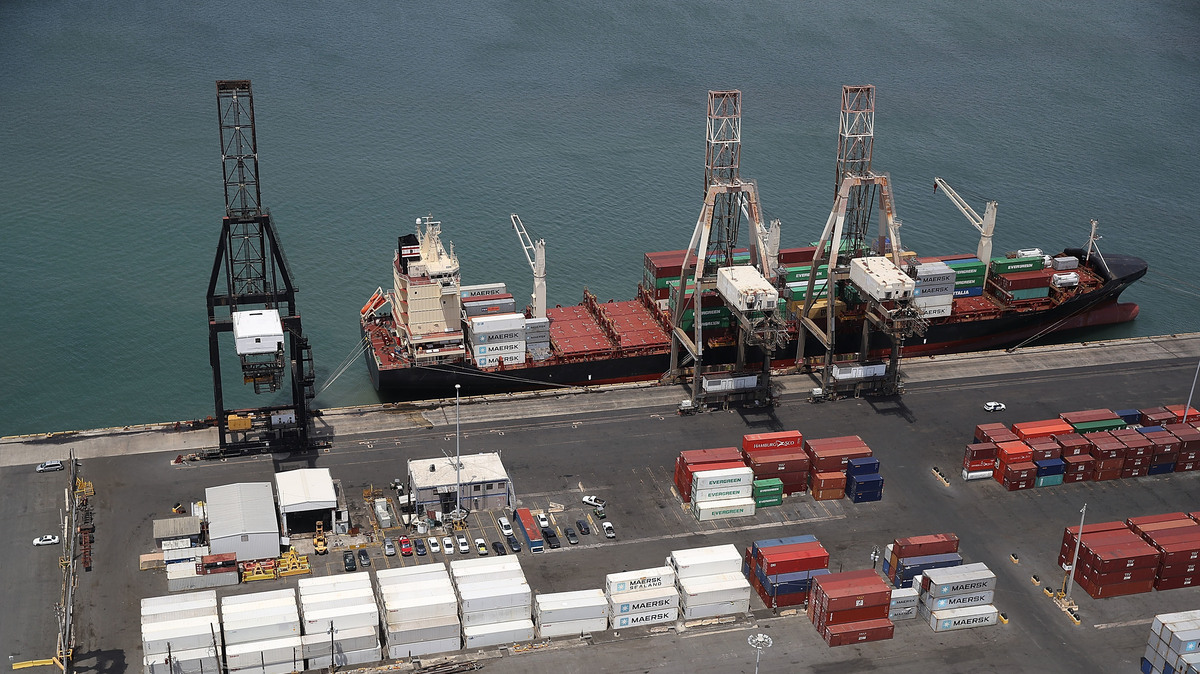 A container ship is seen docked at the port of San Juan as people deal with the aftermath of Hurricane Maria on Monday in San Juan, Puerto Rico.

The Trump administration announced Thursday that it has temporarily waived a U.S. shipping restriction for Puerto Rico known as the Jones Act.

Under the law, only U.S.-flagged ships are allowed to move goods between any U.S. ports. Now foreign-flagged vessels also will be able to move shipments from the U.S. mainland to Puerto Rico and between ports there. The move is intended to boost the delivery of much-needed relief supplies after Hurricane Maria battered the U.S. territory last week.

That was in response to an announcement from White House press secretary Sarah Sanders:

At @ricardorossello request, @POTUS has authorized the Jones Act be waived for Puerto Rico. It will go into effect immediately.

NPR's Planet Money examined the Jones Act and says the 90-year-old law applies only to shipping, not other forms of transportation:

"If you want to send a bunch of oranges by truck from Florida to Baltimore, no one cares who made the truck. Or if you want to fly computer chips across the country, it's fine if the plane is made in France. But if you want to send cargo by ship, according to the Jones Act, the ship has to be American made."

The law applies to all U.S. ports and has been a frequent source of tension between the U.S. maritime industry and its customers. That's because using domestic ships usually costs more than foreign-flagged vessels.

This spring, the Trump administration sided with the oil industry in withdrawing an Obama-era proposal that required companies drilling in the Gulf of Mexico to use more U.S. ships and crews.

In signing a 10-day waiver that covers all products being shipped to Puerto Rico, Department of Homeland Security acting Secretary Elaine Duke side-stepped that controversy. She said the waiver is needed to help the territory after it suffered hits from both Hurricanes Irma and Maria.

"It is intended to ensure we have enough fuel and commodities to support lifesaving efforts, respond to the storm, and restore critical services and critical infrastructure operations in the wake of these devastating storms," Duke said.

The U.S. has issued similar temporary waivers in the past, including one earlier this month as demand for gasoline outpaced supply ahead of Hurricane Irma.