Accessibility links
ISIS Releases Audio Of Purported Abu Bakr al-Baghdadi Speech : The Two-Way The speech said to be by Abu Bakr al-Baghdadi rallies supporters while ISIS has steadily lost its territorial claims. It's the first such audio released since November last year. 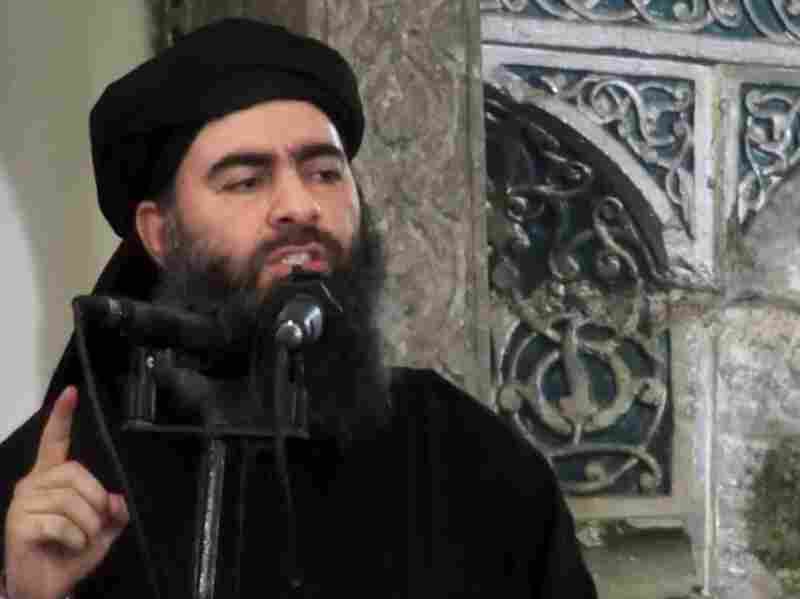 Islamic State leader Abu Bakr al-Baghdadi, purportedly seen here in video posted in 2014, had not been heard publicly for nearly a year — until Thursday, when ISIS released a possible audio recording of Baghdadi. AP hide caption 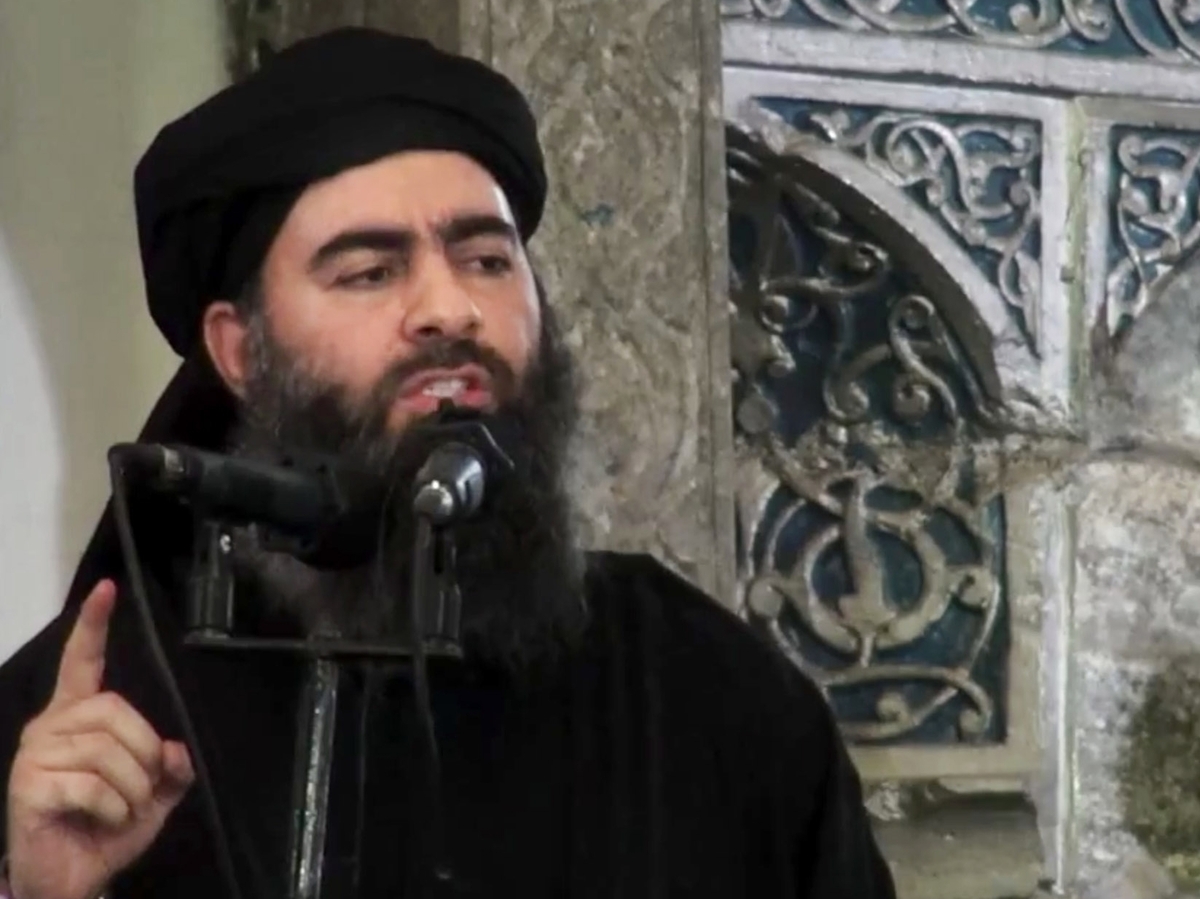 Islamic State leader Abu Bakr al-Baghdadi, purportedly seen here in video posted in 2014, had not been heard publicly for nearly a year — until Thursday, when ISIS released a possible audio recording of Baghdadi.

Nearly 11 months since the last time Abu Bakr al-Baghdadi spoke publicly, the leader of the Islamic State purportedly broke his silence Thursday. ISIS media released a 46-minute audio message that plays a speech by Baghdadi, according to the militant group.

It remains unclear when the message was recorded.

But its release comes at a troubled time for the Islamic State, whose territorial claims have eroded significantly since Baghdadi was heard from last. The Islamist militants, who once laid claim to a wide expanse of land straddling the border between Iraq and Syria, lost the major Iraqi city of Mosul — where Baghdadi declared the group's caliphate in 2014 — earlier this summer to the Iraqi military. And U.S.-backed rebels are now racing against the Syrian regime to retake the oil-rich province of Deir ez-Zor in Syria. Rebel forces have also pushed progressively deeper into Raqqa, ISIS' so-called capital.

The US.-led coalition has rained down more than 5,000 airstrikes in Iraq and Syria in August alone.

As East Mosul Comes Back To Life, West Mosul Remains In Ruins

As NPR's Ruth Sherlock notes, the speech reflects such losses:

"The voice, which sounds like Baghdadi, calls on supporters not to see the loss of territory as a defeat of the group. He tries to energize his faithful, saying the lives of jihadis lost in Mosul and in Raqqa — their stronghold in Syria — should not be in vain."

The New York Times notes the speech also appeared to make "indirect references to recent attacks on the Underground in London, in the heart of Barcelona and in Russia."

In June, the Russian Defense Ministry announced the country may have killed Baghdadi in an airstrike — though Russian Foreign Minister Sergey Lavrov reportedly acknowledged he had "no 100 percent confirmation of this information."

U.S. Gen. Stephen Townsend, commander of the international military coalition against ISIS, later said he did not believe Baghdadi was dead.

"We're looking for him every day," Townsend said last month.