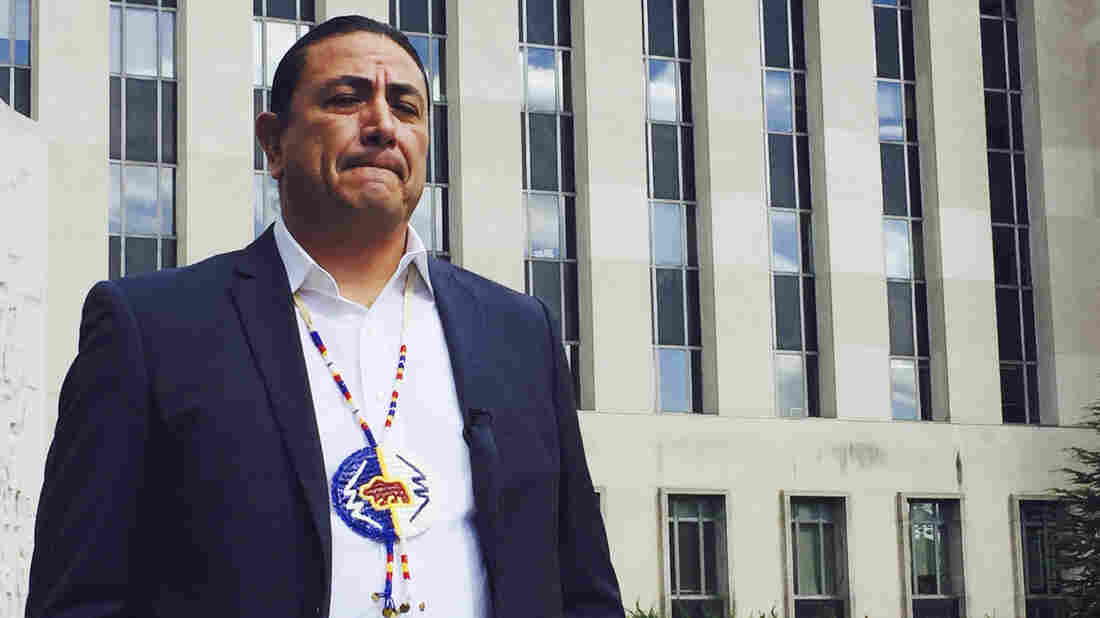 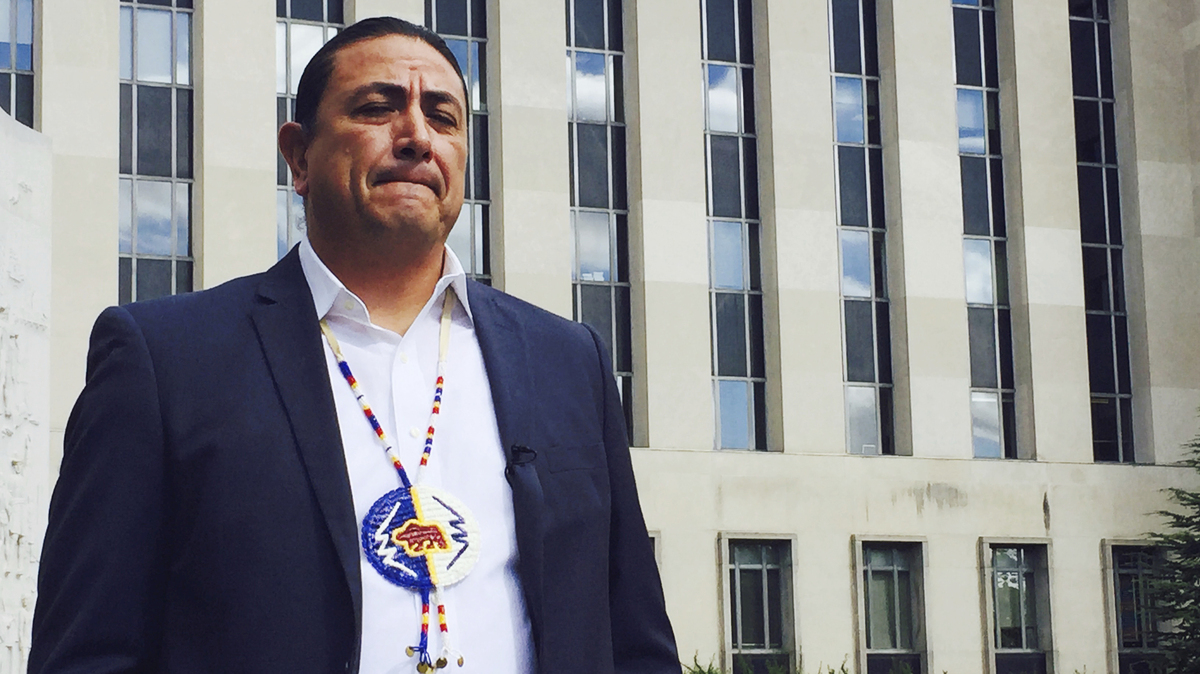 Dave Archambault, chairman of the Standing Rock Sioux Tribe, stands outside court in Washington in October 2016, where appeals court judges heard his tribe's challenge to the Dakota Access Pipeline.

The chairman of the Standing Rock Sioux tribe in North Dakota has been voted out of office, just about one year after the Dakota Access Pipeline protests.

Under Archambault's leadership the tribe opposed the 1,000-mile, $3.8 billion pipeline. It transports up to 520,000 barrels of crude a day from North Dakota to Illinois.

A section of the pipeline is located just north of the tribe's reservation, and opponents argued construction would compromise sacred lands. They also worried that part of the pipeline under the Missouri River could leak and pollute local drinking water.

The tribe's opposition inspired protest camps that attracted demonstrators from around the world. There were clashes with police and hundreds of people were arrested.

While the pipeline protests were an issue during the election campaign they were not the only one. The Associated Press reports:

"[Faith] said he personally opposes the pipeline but thinks the large-scale protest took focus away from other issues, including health care, education, elderly needs, suicide problems, illegal drugs and a poor economy.

" 'We kind of neglected our own' by taking the lead on the pipeline protest, he said. 'We did what we had to do, but we didn't realize we were going to hurt our economy that much.'

"The state shut down the highway near the protest camp for months. The highway also was the main route for patrons of the tribe's casino, its main source of revenue.

Still, the pipeline is an ongoing issue. The tribe continues to battle the pipeline company, Energy Transfer Partners, in court even though oil began flowing through the pipeline this summer.