Accessibility links
State Department Orders More Than Half Its Staff Out Of Cuba After 'Specific Attacks' : The Two-Way The move follows reports in August that U.S. diplomats in Havana had been subjected to mysterious "sonic" attacks that led to hearing loss, headaches and other health problems. 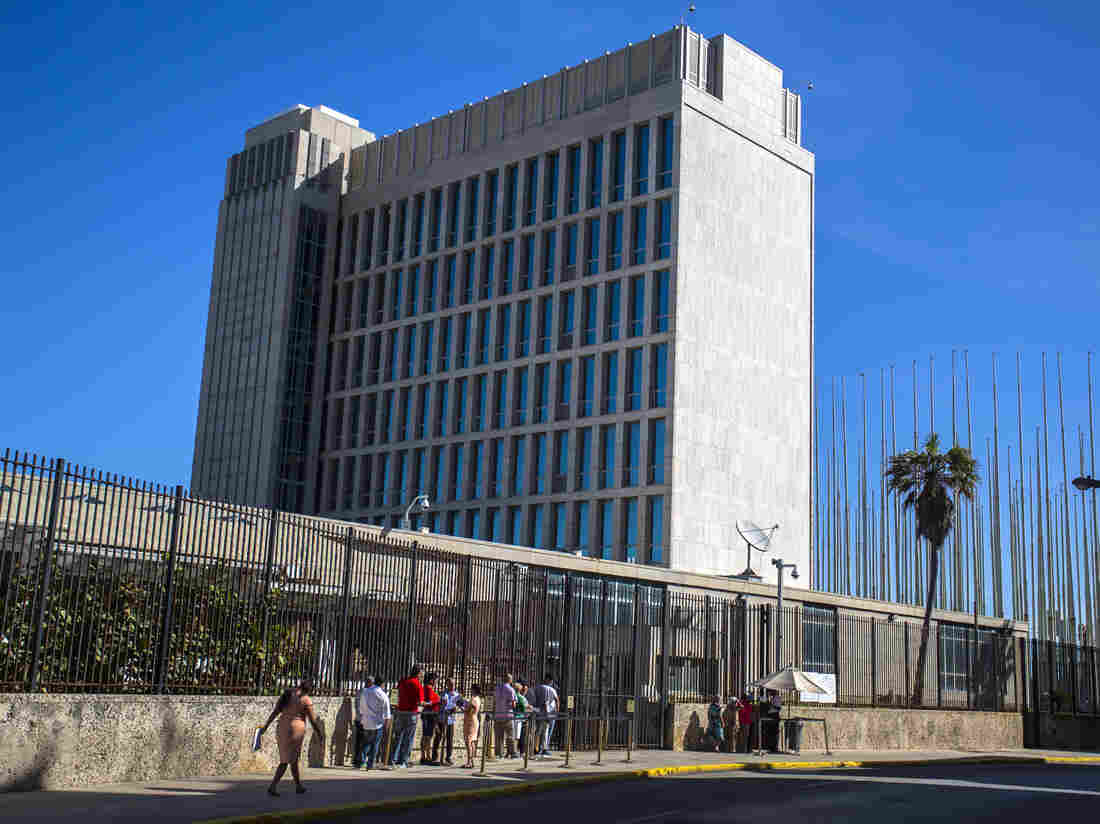 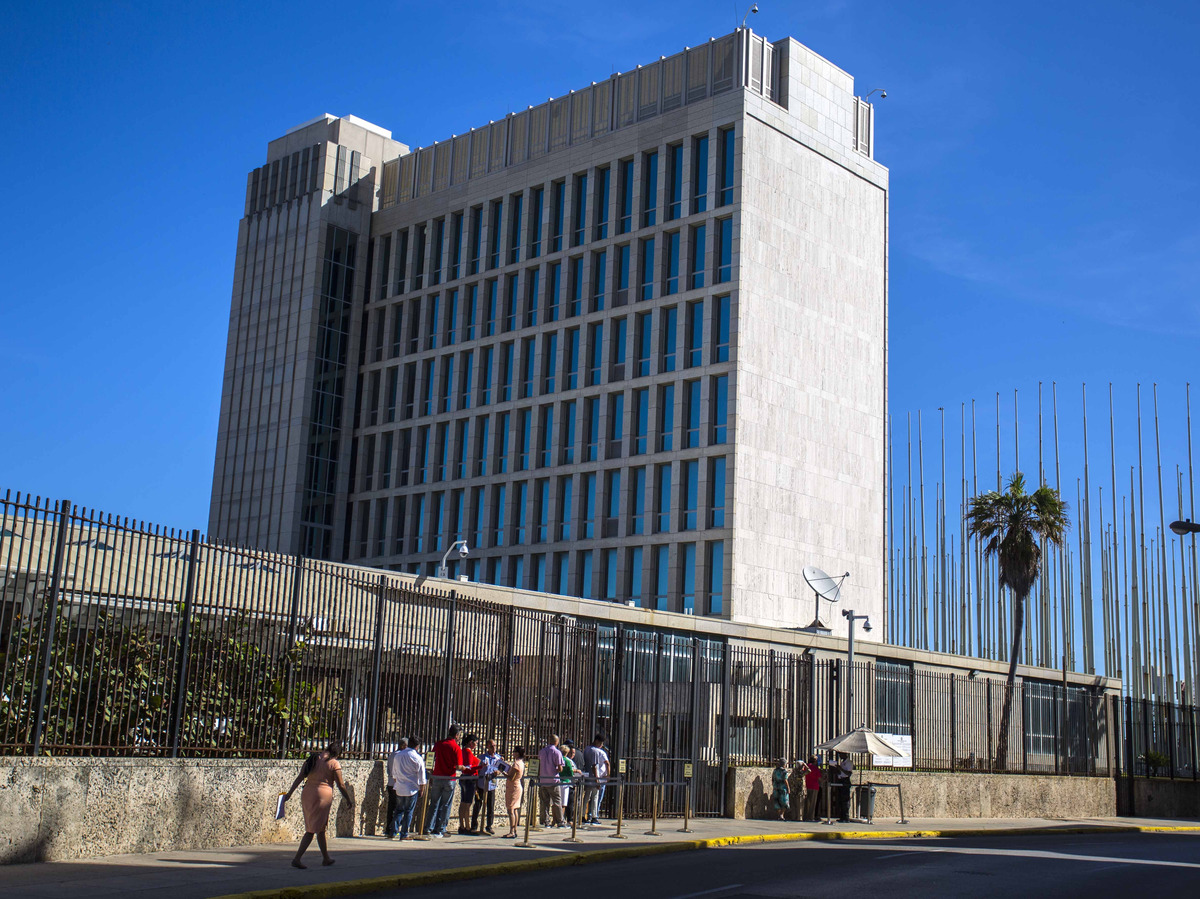 The State Department is suspending visa services at the U.S. Embassy in Havana indefinitely.

The State Department has ordered more than half of its staff in Cuba to leave after at least 21 Americans were victims of what senior U.S. officials call "specific attacks." The order applies to all nonessential U.S. Embassy personnel and their families.

The department also issued a warning on Friday advising Americans not to travel to Cuba.

In August, the State Department revealed that a number of U.S. diplomats in Cuba had been the target of what Secretary of State Rex Tillerson described at the time as "health attacks" — but details have been sketchy at best. The mysterious attacks reportedly began in late 2016 and were thought to have involved a "sonic" weapon.

"Until the Government of Cuba can ensure the safety of our diplomats in Cuba, our Embassy will be reduced to emergency personnel in order to minimize the number of diplomats at risk of exposure to harm," Tillerson said in a statement on Friday.

He said the attacks have led to "a range of physical symptoms, including ear complaints, hearing loss, dizziness, headache, fatigue, cognitive issues, and difficulty sleeping."

"Investigators have been unable to determine who is responsible or what is causing these attacks," Tillerson said.

"We maintain diplomatic relations with Cuba, and our work in Cuba continues to be guided by the national security and foreign policy interests of the United States. Cuba has told us it will continue to investigate these attacks and we will continue to cooperate with them in this effort," the statement added.

Cuba's General Director for U.S. Affairs, Josefina Vidal Ferreiro, has released a statement saying she has advised Tillerson "not to take any hasty decisions, which are not based on evidence and conclusive investigation results." She also said she had denied that Cuba was responsible and urged him not to publicize the situation.

The attacks have occurred "in U.S. diplomatic residences and hotels frequented by U.S. citizens," though tourists were not known to have been targets, according to the travel warning issued Friday.

"We believe U.S. citizens may also be at risk and warn them not to travel to Cuba," it added.

The embassy would lose about 60 percent of its staff as a result of the order, a senior State Department official said during a background briefing. The Associated Press reports that roughly 50 Americans are stationed at the Havana embassy.

NPR's Michele Kelemen reports that the State Department is also suspending visa services at the embassy in Havana indefinitely.

When news of the attacks went public in August, the State Department ordered the expulsion of two Cuban diplomats. At the time, Cuba fired back, saying it had never allowed its soil to be used for actions against diplomats and calling the U.S. decision "unjustified and baseless."

Canada says some of its diplomatic personnel also have experienced "ear complaints, dizziness, and headaches," and the cause is being investigated. But Canada is keeping its staff in Cuba.