Accessibility links
Hugh Hefner's Final Resting Place? The Plot He Bought Next To Marilyn Monroe : The Two-Way Monroe, who died in 1962, didn't get a say in whether she would want to spend the hereafter next to Hefner, who launched his magazine using nude photos of her.

Hugh Hefner's Final Resting Place? The Plot He Bought Next To Marilyn Monroe

Hugh Hefner's Final Resting Place? The Plot He Bought Next To Marilyn Monroe 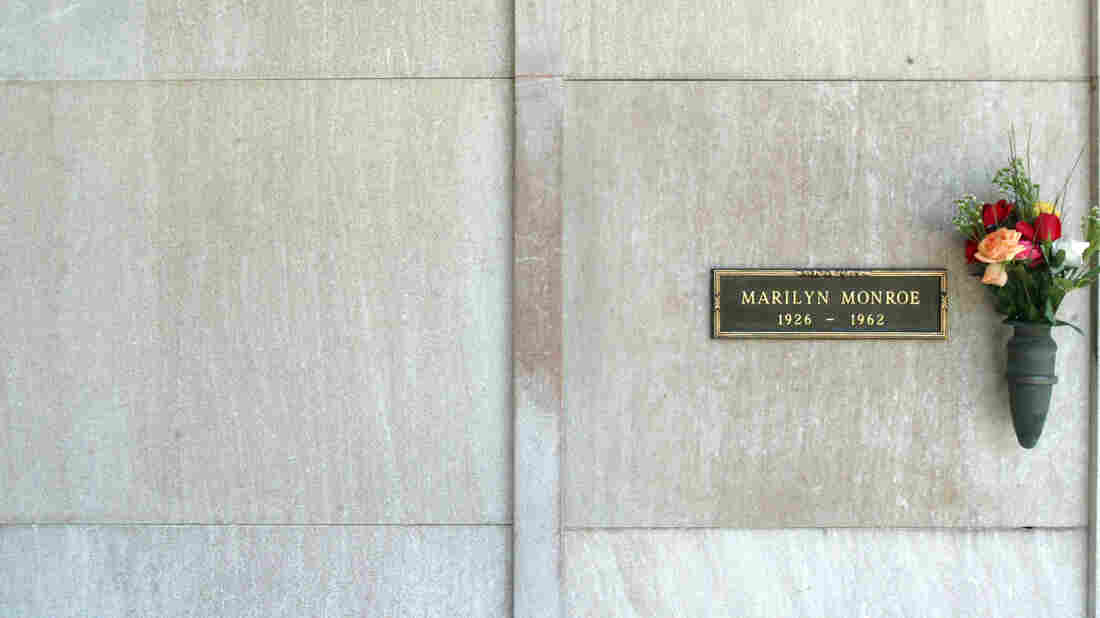 Playboy founder Hugh Hefner often spoke of how he would one day be entombed in the plot he'd bought next to Marilyn Monroe. Her crypt is at the Westwood Village Memorial Park in Los Angeles. Mel Bouzad/Getty Images hide caption 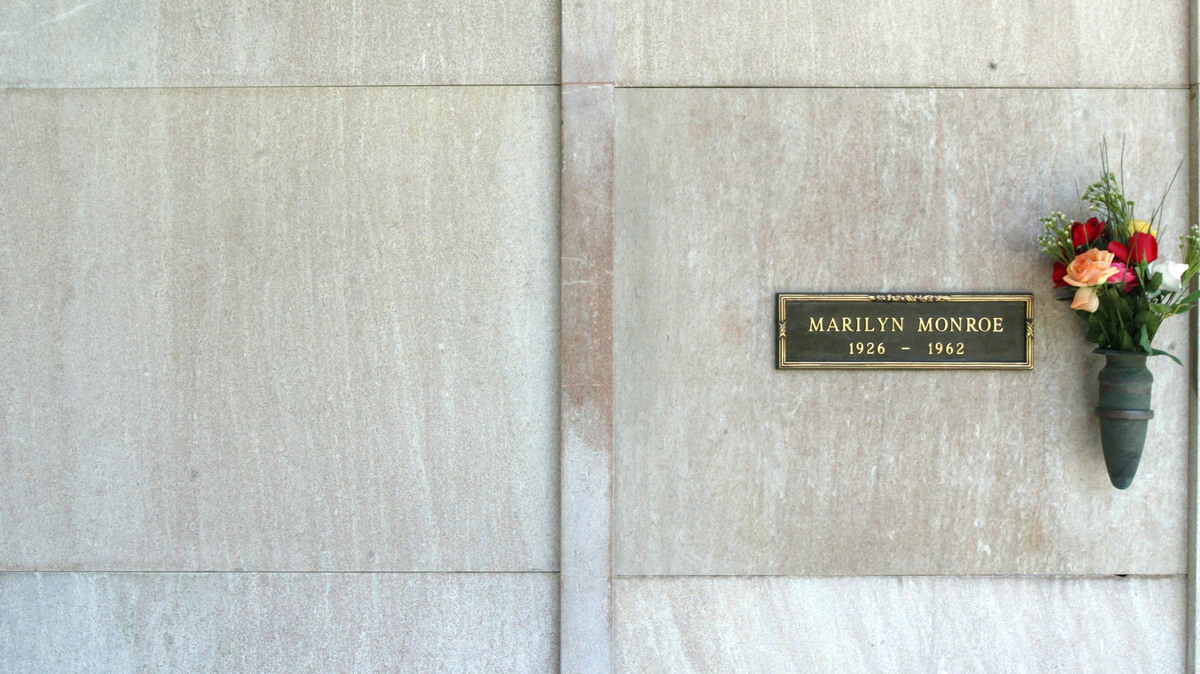 Playboy founder Hugh Hefner often spoke of how he would one day be entombed in the plot he'd bought next to Marilyn Monroe. Her crypt is at the Westwood Village Memorial Park in Los Angeles.

Hugh Hefner died this week at age 91. And the Playboy founder managed, even in preparing for his death, to cultivate his celebrity and stoke controversy.

Over the years, Hefner mentioned to reporters where he planned to be buried: right next to Marilyn Monroe, at the Westwood Village Memorial Park cemetery.

The Los Angeles Times reported that Hefner paid $75,000 to buy the drawer next to Monroe's in a Los Angeles mausoleum, where her crypt is often marked by the lipstick kisses of her fans.

"I'm a believer in things symbolic," Hefner told the newspaper. "Spending eternity next to Marilyn is too sweet to pass up."

Of course Monroe, who died in 1962, didn't get a say in whether she would want to spend the hereafter next to Hefner. He might not have been her first choice.

Monroe was both the cover and centerfold for the very first issue of Playboy.

In 1948, as a young actress struggling to get a film career going, Monroe had posed nude for photographer Tom Kelley, signing the release form "Mona Monroe" to avoid association with the photos.

She did the shoot because she was broke and needed to make a car payment, according to an account in a book by her friend and photographer George Barris. She said she made Kelley promise that she wouldn't be recognizable in the photographs, and she was paid $50 for the two-hour shoot.

The photos were sold to Western Lithograph Co., which made a calendar called "Golden Dreams" out of them. In the fall of 1953, a young Hugh Hefner, living in Chicago with a dream of starting a new kind of men's magazine, heard that a local company owned the photos. He drove out to the suburbs and bought the rights for $500.

The cover of that first issue of Playboy, in December 1953, featured a photo of Monroe riding an elephant at Madison Square Garden, one arm stretched high. "FIRST TIME in any magazine FULL COLOR the famous MARILYN MONROE NUDE," it trumpeted.

The magazine had no date on the cover, in case copies struggled to sell, according to the Times obituary. And while Monroe's name and body were splashed across the magazine, Hefner kept his own name out of the issue, in case the business failed.

Instead, it launched his empire. And Monroe was never paid anything more for the photograph than the original 50 bucks.

"The magazine, I was told, thanks to my photos, [was] an instant sellout all across the country, an instant success," she reportedly told Barris. "I never even received a thank-you from all those who made millions off a nude Marilyn photograph. I even had to buy a copy of the magazine to see myself in it."

Hefner considered the nude photographs of Monroe a gutsy political statement — his own.

Though they never met, Hefner said he felt a kinship with Monroe, as they were both born in 1926.

"My brother was in her acting class in New York," he told Los Angeles magazine in 2002. "And she was going to do another cover for our anniversary issue — she approved a pictorial drawn from the film she never finished for Fox that had some nudity in it. And then she was gone."

Hefner bought the plot from a private seller who realized that the spot in the crypt next to Monroe could fetch a good price from the right buyer, the magazine reported.

"I am very, very aware of my place in history," Hefner said. "I feel so connected to the pop culture of my childhood. My dreams come from the movies. That's why I live in Los Angeles."