Accessibility links
'We Cannot Be Distracted,' San Juan Mayor Says After Trump Attack : The Two-Way In a series of tweets early Saturday, President Trump attacked the mayor of San Juan and defended his administration's handling of the recovery effort on Puerto Rico and cast blame on Democrats. 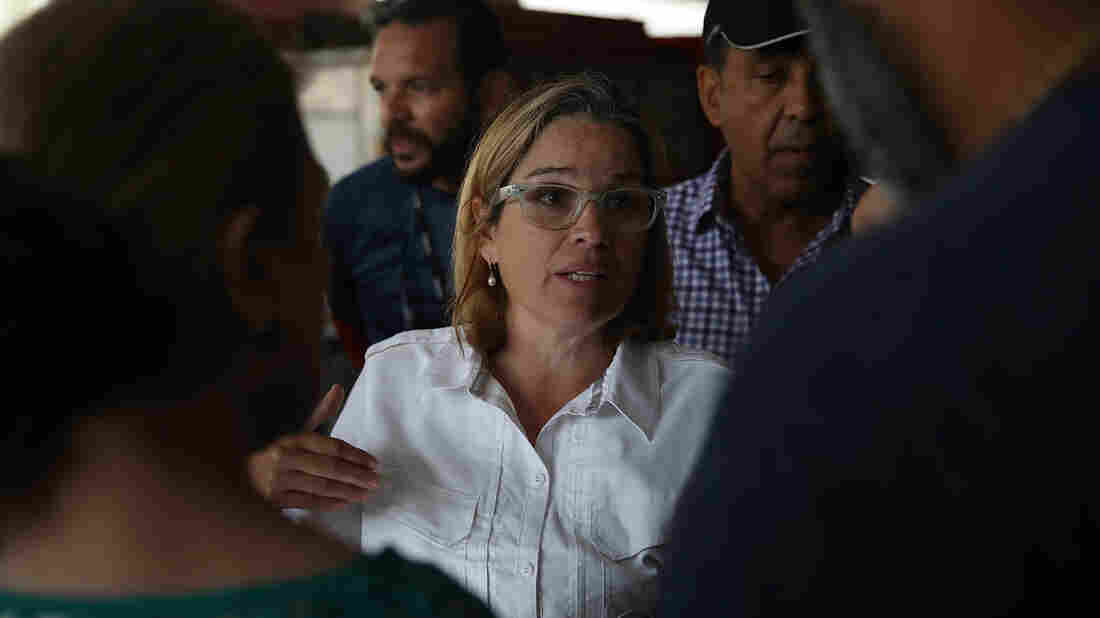 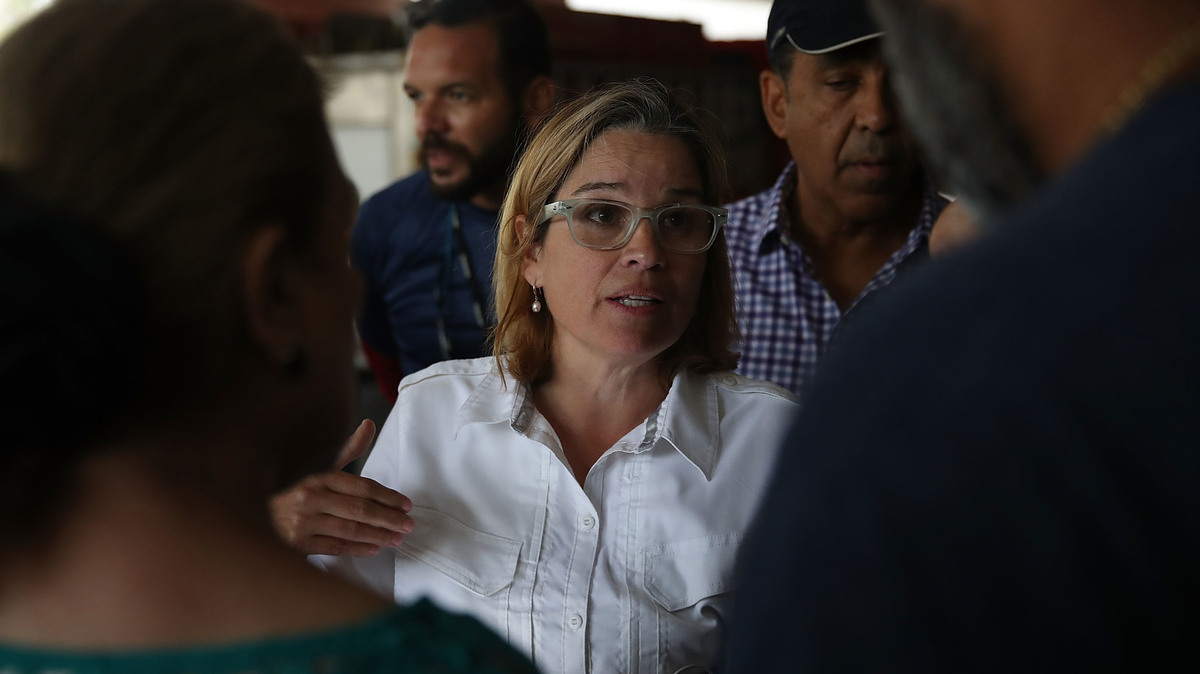 President Trump heads to storm-ravaged Puerto Rico on Tuesday and, in a series of tweets early Saturday morning, defended his administration's handling of the recovery effort while hitting back at Carmen Yulín Cruz, the mayor of San Juan.

...Such poor leadership ability by the Mayor of San Juan, and others in Puerto Rico, who are not able to get their workers to help. They....

"The Mayor of San Juan, who was very complimentary only a few days ago, has now been told by the Democrats that you must be nasty to Trump," he wrote.

"Such poor leadership ability by the Mayor of San Juan, and others in Puerto Rico, who are not able to get their workers to help. They ... want everything to be done for them when it should be a community effort. 10,000 Federal workers now on Island doing a fantastic job."

...want everything to be done for them when it should be a community effort. 10,000 Federal workers now on Island doing a fantastic job.

Trump went on to blame the media, tweeting, "The Fake News Networks are working overtime in Puerto Rico doing their best to take the spirit away from our soldiers and first R's. Shame!"

The goal is one: saving lives. This is the time to show our "true colors". We cannot be distracted by anything else. pic.twitter.com/7PAINk19xM

Cruz took to twitter Saturday after Trump made his remarks. "The goal is one: saving lives. This is the time to show our 'true colors'. We cannot be distracted by anything else," Cruz wrote alongside photographs of relief work on the island.

Tensions over Washington's handling of the recovery effort boiled over Friday as a tearful Cruz said at a press conference, "We are dying here" and called on President Trump to put someone in charge of the relief effort who "is up to the task of saving lives."

Cruz's comments came after Acting Secretary of Homeland Security Elaine Duke told reporters at the White House on Thursday that the administration's response so far "is a good-news story in terms of our ability to reach people." She also said the death toll had been low for a storm the size of Hurricane Maria.

"She said that?" asked an incredulous Cruz during an interview with CNN.

"If we don't get the food and the water into people's hands what we are going to see is something close to a genocide," she said. 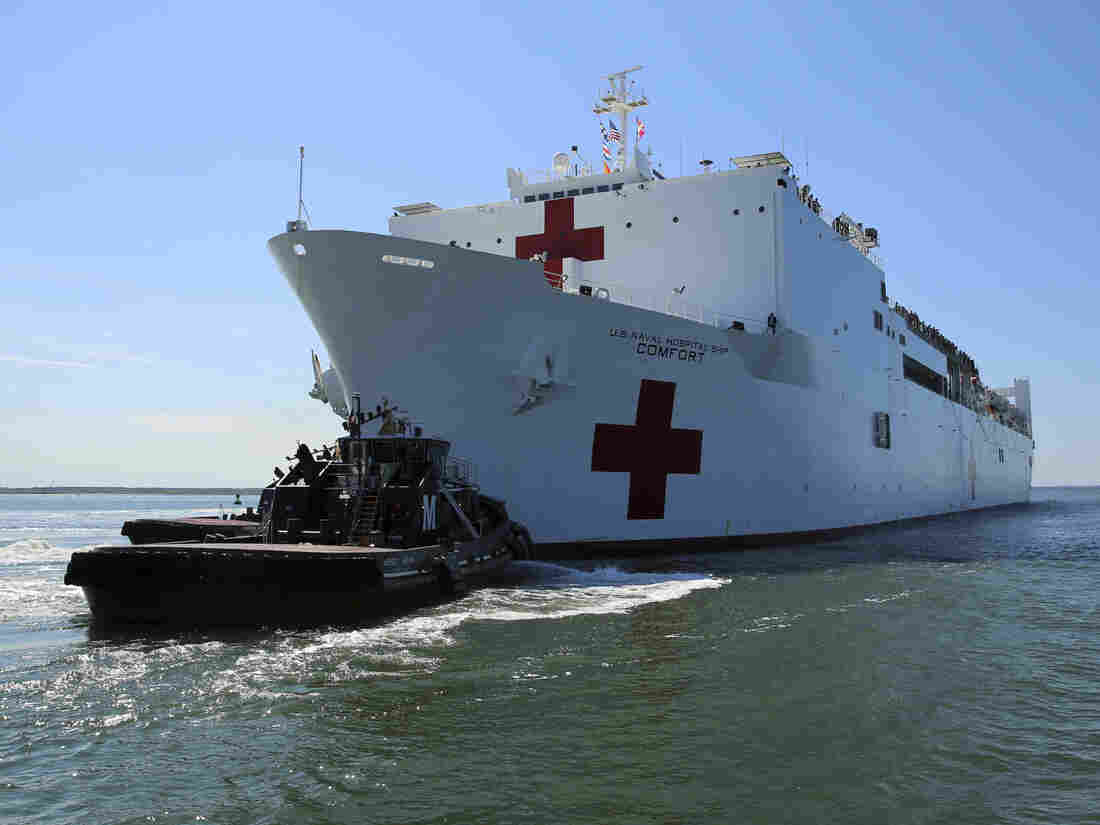 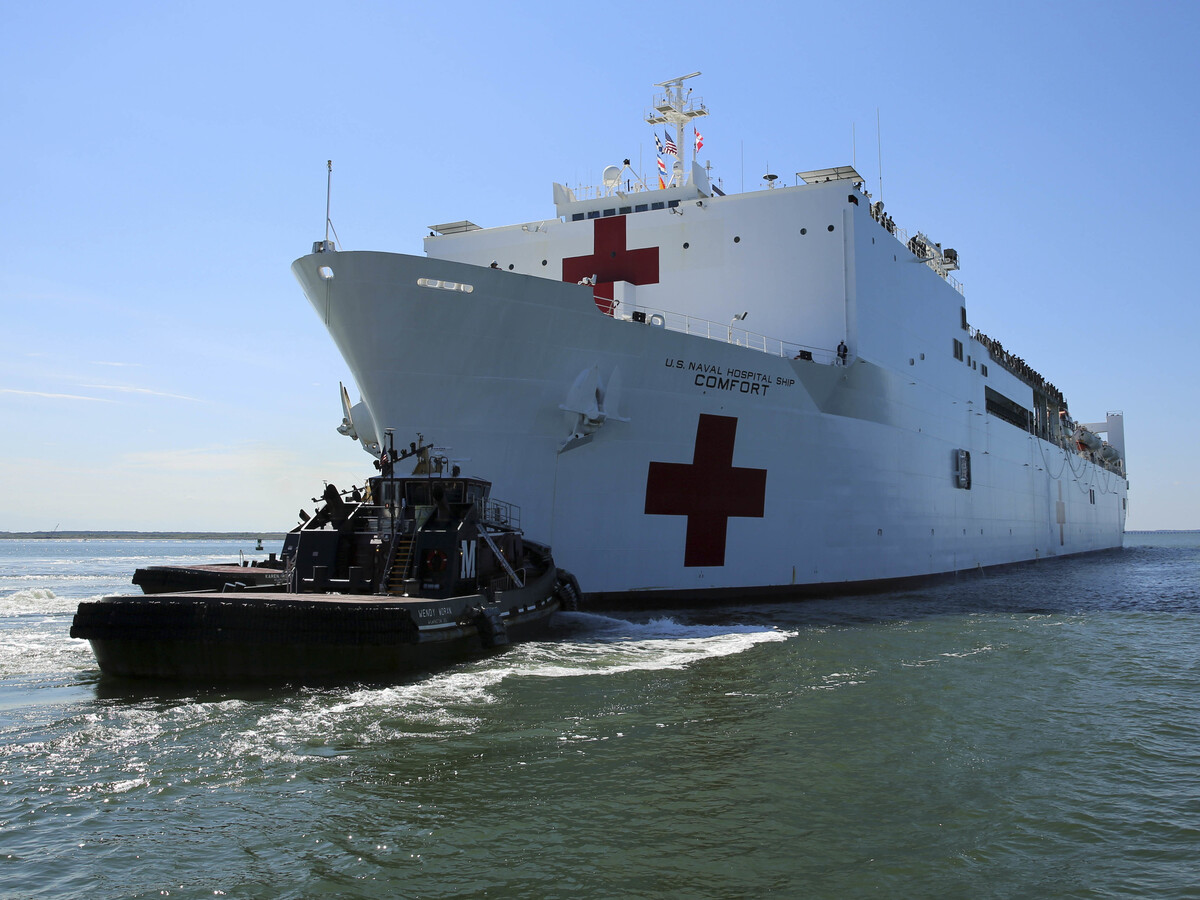 At a press conference Saturday, Ricardo Rosselló, governor of Puerto Rico, appeared to defend the Trump administration, although Reuters reports he said he had not seen Trump's Saturday tweets. "Whatever we have asked for this effort, they have delivered," Rosselló said.

But he added that more needs to be done: "If Congress doesn't take action with a significant package, then we are looking at a possible humanitarian crisis."

Puerto Rico, home to more than 3 million U.S. citizens, has had limited food, bottled water and medical supplies since Hurricane Maria struck nine days ago. Few buildings have generator-supplied electricity, which is dependent on scarce fuel.

As NPR's Greg Allen and Marisa Penaloza have reported, many hospitals are still shut down. Those that are open are operating on just emergency generator power and can offer very limited services. Some communities are still flooded in parts. The distribution of much needed diesel fuel is hampered by a lack of truck drivers.

So far at least 16 have died, according to The Associated Press.

Perhaps in response to Cruz's impatient retort, Secretary Duke followed a tour of the island with a news conference Friday and said, "Despite working together, I know that the people of Puerto Rico and the U.S. Virgin Islands are suffering."

"The President and I will not be fully satisfied, however, until every Puerto Rican is back home, the power is back on, clean water is fully available, schools and hospitals are fully open, and the Puerto Rican economy is working," said Duke.

In remarks to the National Association of Manufacturers in Washington, Trump also defended his administration's response to the crisis in Puerto Rico.

"Ultimately the government of Puerto Rico will have to work with us to determine how this massive rebuilding effort — it will end up being one of the biggest ever — will be funded and organized, and what we will do with the tremendous amount of existing debt already on the island," said Trump.

"We will not rest, however, until the people of Puerto Rico are safe," he added.

Trump, in a tweet earlier this week, first linked the expense of the recovery effort with Puerto Rico's inability to repay more than $70 billion in debt owed to Wall Street.

Still, Cruz, in her CNN appearance, left little doubt that she is looking to the White House for help.

"Mr. Trump, I beg you to take charge and save lives," she said.

NPR's Mandalit del Barco spoke to 8-year-old Yan Anthony Hernandez, who is staying at a shelter in the city of Aguadilla on Puerto Rico's northwestern coast. The boy had a message for Trump.