Accessibility links
Donald Trump Tweets Rex Tillerson Is 'Wasting His Time' With North Korea : The Two-Way The tweets from the president come just one day after Secretary of State Rex Tillerson noted the U.S. has channels of negotiation "open to Pyongyang." 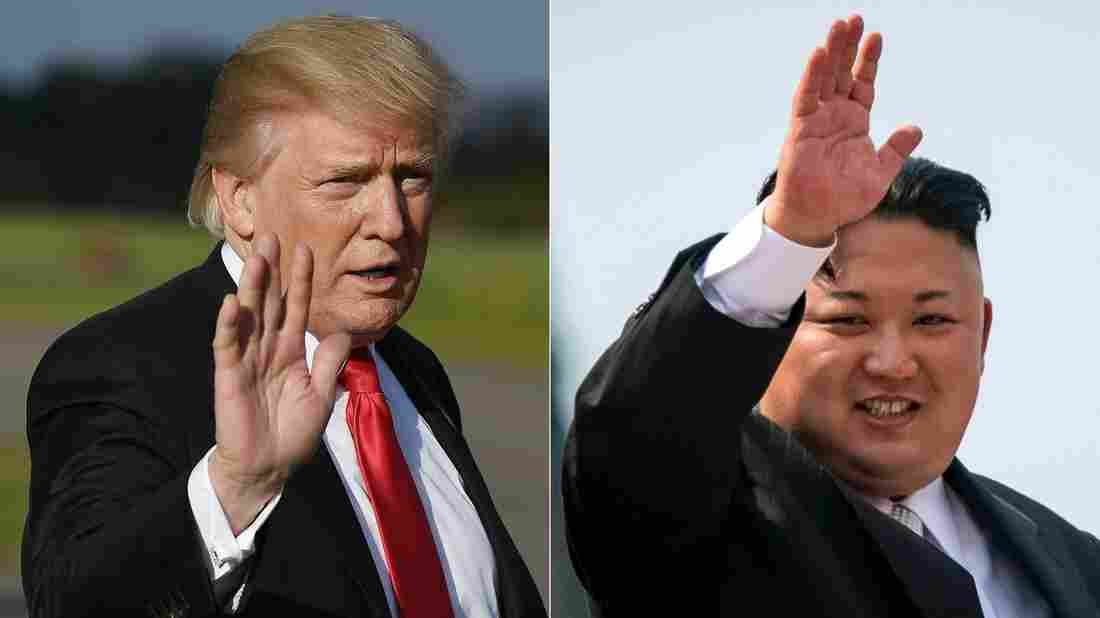 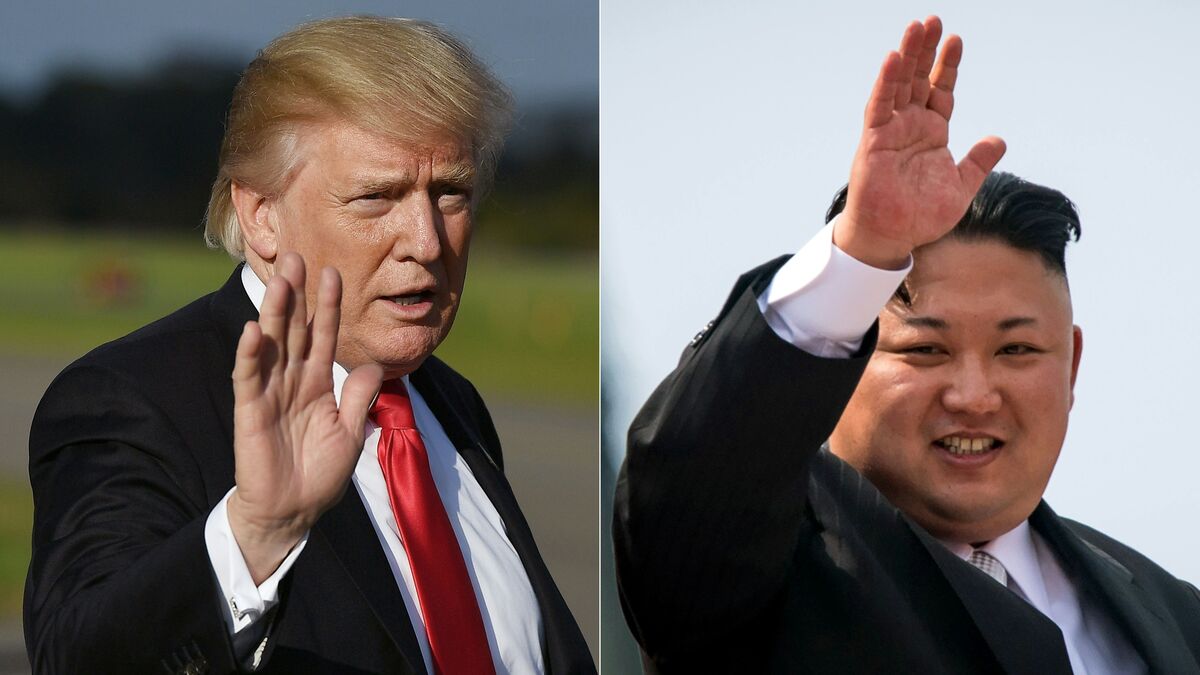 President Trump in Morristown, N.J., in September and Kim Jong Un following a military parade in Pyongyang earlier this year.

The rhetoric between the U.S. and North Korea cooled for a day — and just a day only, it appears.

Roughly 24 hours after Secretary of State Rex Tillerson told reporters the U.S. has been engaged in diplomatic talks with Pyongyang, President Trump took to Twitter on Sunday to deride the effort — as well as Kim Jong Un.

"I told Rex Tillerson, our wonderful Secretary of State, that he is wasting his time trying to negotiate with Little Rocket Man," Trump tweeted, apparently using his preferred nickname to demean the North Korean dictator. "Save your energy Rex, we'll do what has to be done!"

Being nice to Rocket Man hasn't worked in 25 years, why would it work now? Clinton failed, Bush failed, and Obama failed. I won't fail.

The tweets mark a return to the bellicose remarks the two countries have been exchanging for much of the year — including a pair of heated speeches at the United Nations late last month.

"Rocket man is on a suicide mission for himself and for his regime," Trump said in his address to the U.N. General Assembly. "The United States has great strength and patience — but if it is forced to defend itself or its allies, we will have no choice but to totally destroy North Korea."

Not long afterward, North Korea's foreign minister said Trump's comments — and one tweet in particular, saying Pyongyang might not "be around much longer!" — were tantamount to a "clear declaration of war."

U.S. In Direct Contact With North Korea: 'We Do Talk To Them,' Tillerson Says

As NPR's Bill Chappell noted last week, the brinksmanship has even taken on an increasingly personal tone of late, with Trump labeling Kim "rocket man" and Kim in turn opting to slap Trump with the more ornate "mentally deranged U.S. dotard."

Against this antagonistic backdrop, Tillerson's remarks appeared to signal a de-escalation of some of these tensions.

"We have a couple, three channels open to Pyongyang. We can talk to them, we do talk to them," Tillerson said Saturday in Beijing, where he met with Chinese President Xi Jinping partly to discuss the situation on the Korean peninsula.

"The whole situation is a bit overheated right now," Tillerson added. "I think everyone would like for it to calm down. I think if North Korea would stop firing all the missiles, that would calm down things a lot."

Meanwhile, Pyongyang's weapons program has appeared to proceed apace. Early last month, North Korea tested what it claims to have been a hydrogen bomb underground — it's sixth nuclear test and first since Trump took office.

And later in the month, North Korea suggested it might test a hydrogen bomb in the Pacific. "If Pyongyang makes good on the threat," NPR's Scott Neuman reported, "it would mean marrying the two most powerful weapons known to man: a fusion-type nuclear weapon and a ballistic missile."