Accessibility links
Final Report On MH370 Says Failure To Locate Airliner Is 'Almost Inconceivable' : The Two-Way The report on Malaysia Airlines Flight 370, which vanished in 2014, found that a flight simulator at the pilot's home contained a route similar to the one investigators think the missing plane took. 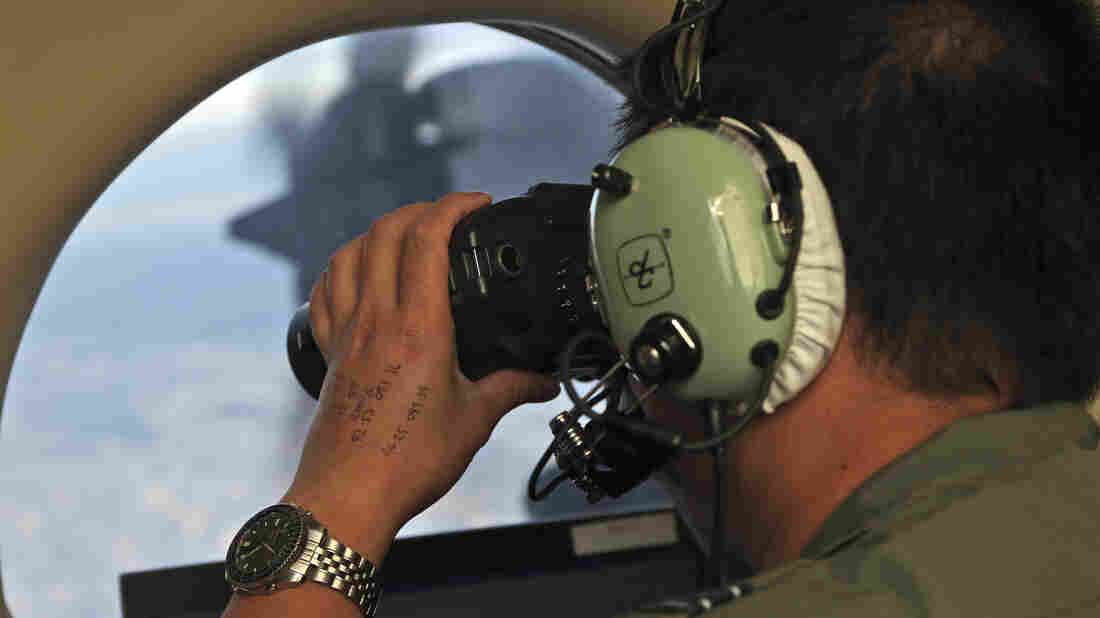 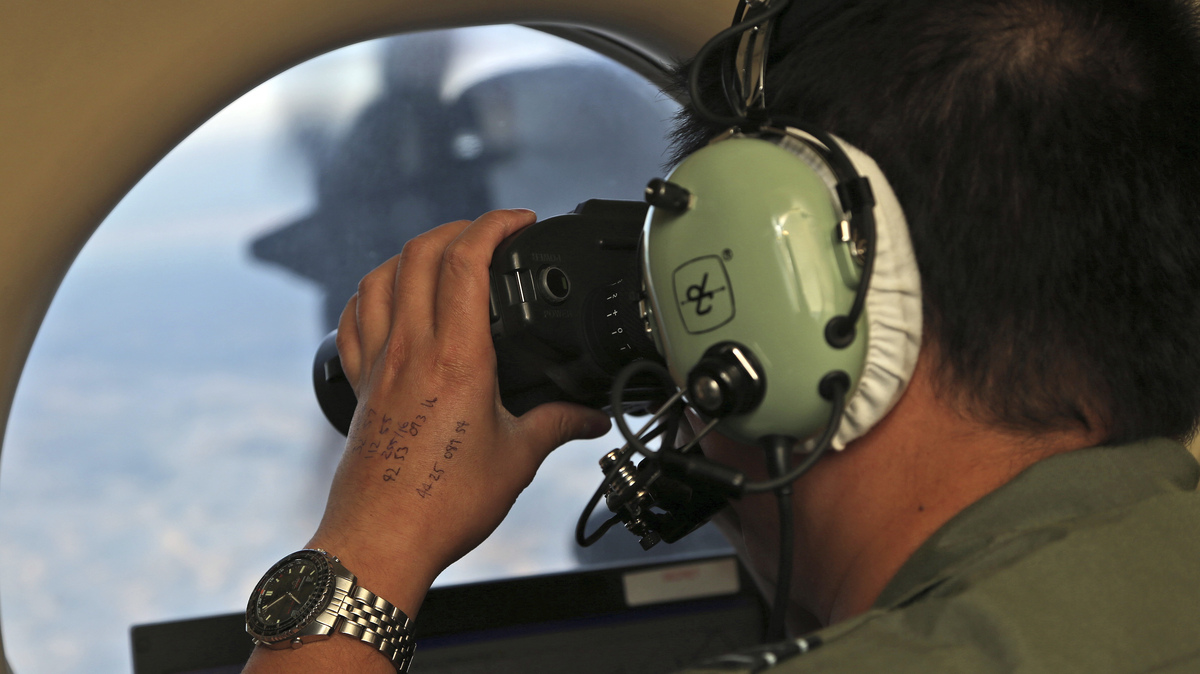 Flight Officer Jack Chen uses binoculars at an observers window on a Royal Australian Air Force P-3 Orion during the search for missing Malaysia Airlines Flight 370 in the southern Indian Ocean in March 2014.

A final report on Malaysia Airlines Flight 370 says the fate of the vanished aircraft may never be known, despite years of searching and more than $150 million in costs.

The report, which includes hundreds of pages of technical appendices, contains new details about the search. Perhaps most significantly, it provided more detail about a crew member's flight simulator that contained a route similar to the one investigators think the missing plane took.

The route was found on the home flight simulator of MH370's pilot, Zaharie Ahmad Shah. In a session from six weeks before MH370's disappearance, the simulator was used to recreate the flight of a Boeing 777-200LR, a similar model to the aircraft that was lost. The simulated path took the aircraft from Kuala Lumpur, north of Indonesia, and then south into the southern Indian Ocean. The simulated plane was flown until it ran out of fuel. Shah was off work on the day the simulation was flown, according to records.

Some have suggested that a crew member might have deliberately steered the aircraft to its doom.

But the evidence remains highly circumstantial. "The reasons for the loss of MH370 cannot be established with certainty until the aircraft is found," the report concludes. The failure to locate the aircraft is "almost inconceivable and certainly societally unacceptable," it adds.

The Malaysia Airlines jet was making a routine flight from Kuala Lumpur, Malaysia, to Beijing in March 2014 when it suddenly disappeared from radar screens. The aircraft vanished in a small gap between Malaysian and Vietnamese airspace. Its transponders, which automatically transmit position, went dark.

Subsequent analysis from military and civilian radars showed that the Boeing 777 aircraft made a series of turns that brought it back over the Malay Peninsula. Investigators believe the initial turns were deliberate, meaning that someone was controlling the aircraft.

Radar contact was lost north of Indonesia, but a series of "pings" from the aircraft to an orbiting satellite led investigators to conclude that it flew on for hours, deep into the southern Indian Ocean. Debris from the aircraft, which began washing up more than a year later on the coast of Africa, suggests that it ran out of fuel and plunged into the sea somewhere in the remote waters west of Australia.

Search vessels crisscrossed the ocean for three years, scouring a 45,000-square-mile crescent of empty water where they thought the plane might have vanished. The search turned up dozens of possible contacts, including four shipwrecks, but the aircraft was never found. In January, Australia, Malaysia and China decided to call off the search for good.

The report's writers apologized to the families of the passengers and crew for their inability to find the plane. "We share your profound and prolonged grief and deeply regret that we have not been able to locate the aircraft, nor those 239 souls on board that remain missing."