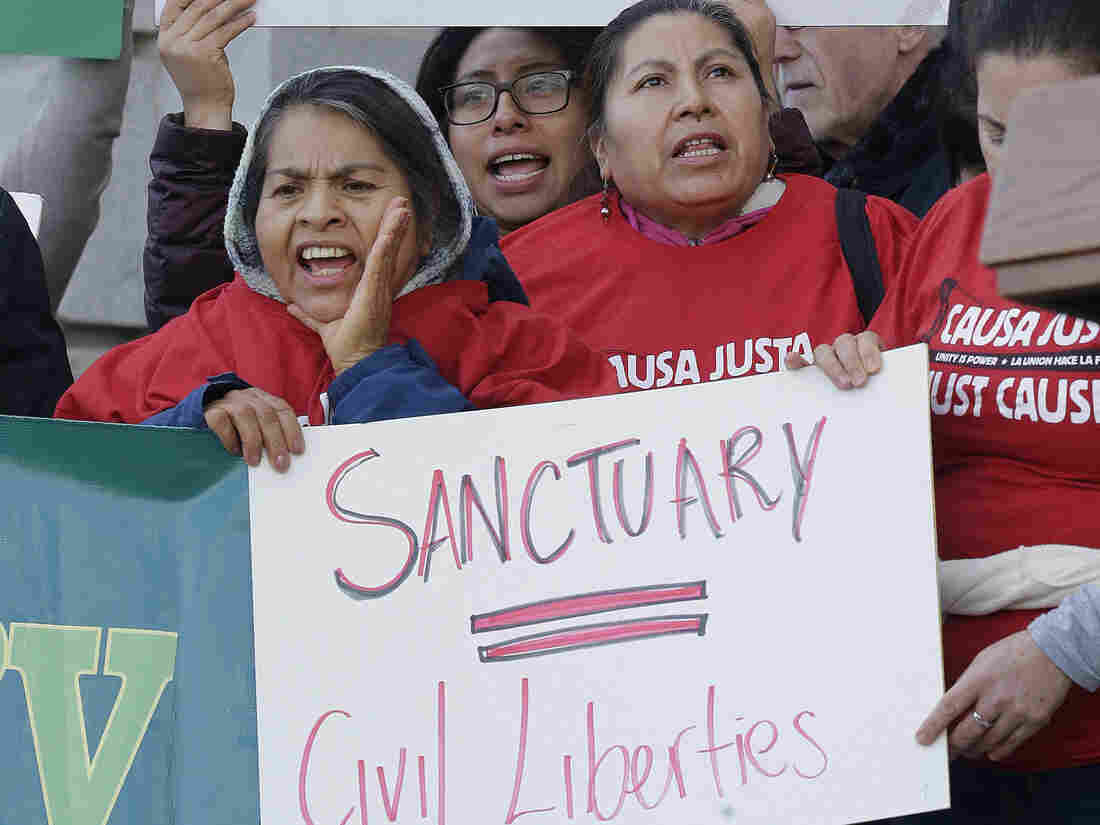 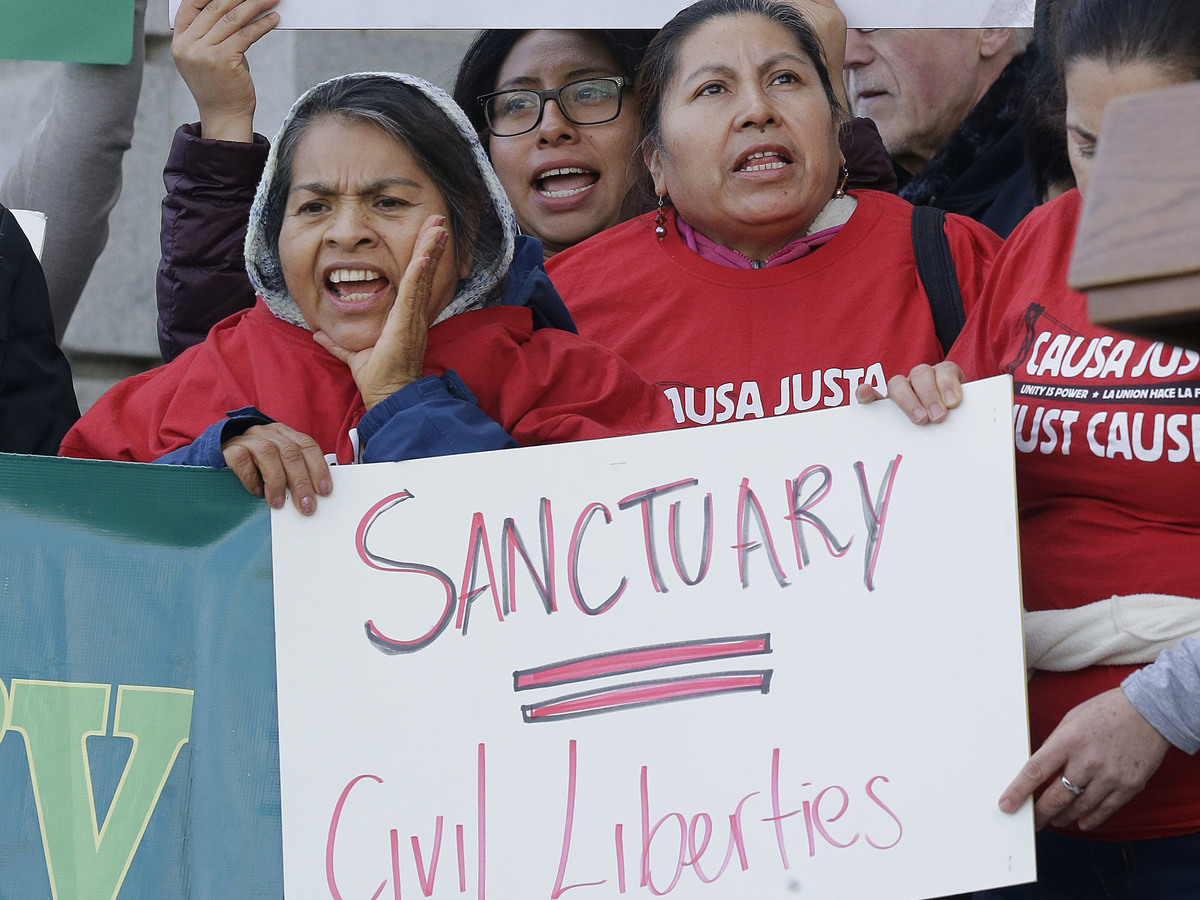 Protesters rally outside of City Hall in San Francisco on January 25, 2017.

The Golden State is about to become a "sanctuary state."

California Gov. Jerry Brown has signed a bill that places sharp limits on how state and local law enforcement agencies can cooperate with federal immigration authorities, placing California squarely and provocatively in conflict with President Trump and his calls to deport millions of undocumented immigrants.

"These are uncertain times for undocumented Californians and their families," the governor said in a signing statement that laid out what the measure will – and will not – do. "This bill strikes a balance that will protect public safety while bringing a measure of comfort to those families who are now living in fear every day."

The bill, SB 54 by California Senate President pro tem Kevin de León (D-Los Angeles), takes effect on January 1st, 2018. In broad terms, it extends local "sanctuary city" protections for immigrants living in California without legal documentation. (The governor, De León and some of the bill's backers prefer not to use the term "sanctuary state" because they argue it has become politically loaded and there is confusion over its precise meaning.)

Specifically, it bans state and local agencies, excluding the California Department of Corrections and Rehabilitation, from enforcing "holds" on people in custody. It blocks the deputization of police as immigration agents and bars state and local law enforcement agencies from inquiring into an individual's immigration status.

It also prohibits new or expanded contracts with federal agencies to use California law enforcement facilities as detention centers, although it does not force the termination of existing contracts – including Orange County's $22 million annual contract with U.S. Immigrations and Customs Enforcement (ICE).

"The California Values Act won't stop ICE from trolling our streets. It will not provide full sanctuary. But it will put a kink – a large kink – in Trump's perverse and inhumane deportation machine," De León said at a news conference Thursday after Governor Brown signed the bill. "California is building a wall – a wall of justice – against President Trump's xenophobic, racist and ignorant immigration policies."

But under a deal struck between De León and Brown, an originally wide-ranging bill was narrowed down to address law enforcement concerns. Compared to previous versions, the final measure expands the list of crimes for which law enforcement can choose to notify and transfer someone to immigration authorities.

The agreement allows federal agents to interview people in custody, and state and local agencies can continue to participate in joint task forces with ICE and other federal agencies. The final legislation also drops an earlier provision that would have banned California law enforcement from sharing their databases for immigration enforcement.

The late amendments led California police chiefs to drop their opposition to the bill and shift their positions to neutral. But, along with Republicans, sheriffs remain the measure's leading critics.

"The bill that is in print now is significantly better than what was there," Santa Barbara County Sheriff and California State Sheriffs' Association president Bill Brown told Capital Public Radio last month after the deal with the governor was struck. But Sheriff Brown said, as a result of the new law, "People who are chronic or serial criminals that just haven't risen to a particular level of crime yet are going to go back out into the community, and people are going to be victimized."

"The State of California has now codified a commitment to returning criminal aliens back onto our streets, which undermines public safety, national security, and law enforcement," Justice Department spokesman Devin O'Malley said in a statement. "Given the multiple high-profile incidents that have occurred in California in recent years, it is especially disappointing that state leaders have made it law to limit cooperation between local jurisdictions and immigration authorities attempting to keep Californians safe."

But Romulo Avelica-Gonzalez, a Los Angeles immigrant who was detained earlier this year while taking his daughters to school, says the governor's action made him very emotional.

"There will be a lot more tranquility in our community," Avelica-Gonzalez said at De León's news conference. "We're gonna be able to take our kids to school, go visit the doctor, go to courts, with the confidence that we won't be detained."

SB 54 passed both chambers of the California Legislature last month on the final day of session. All but three Democrats supported the bill, while no Republican voted for it.