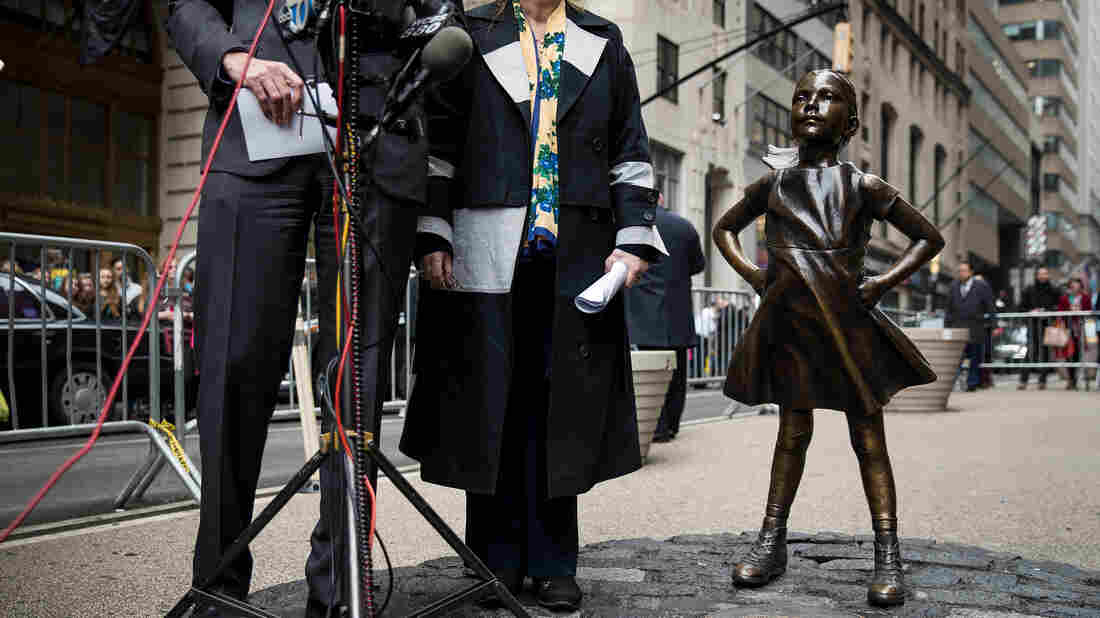 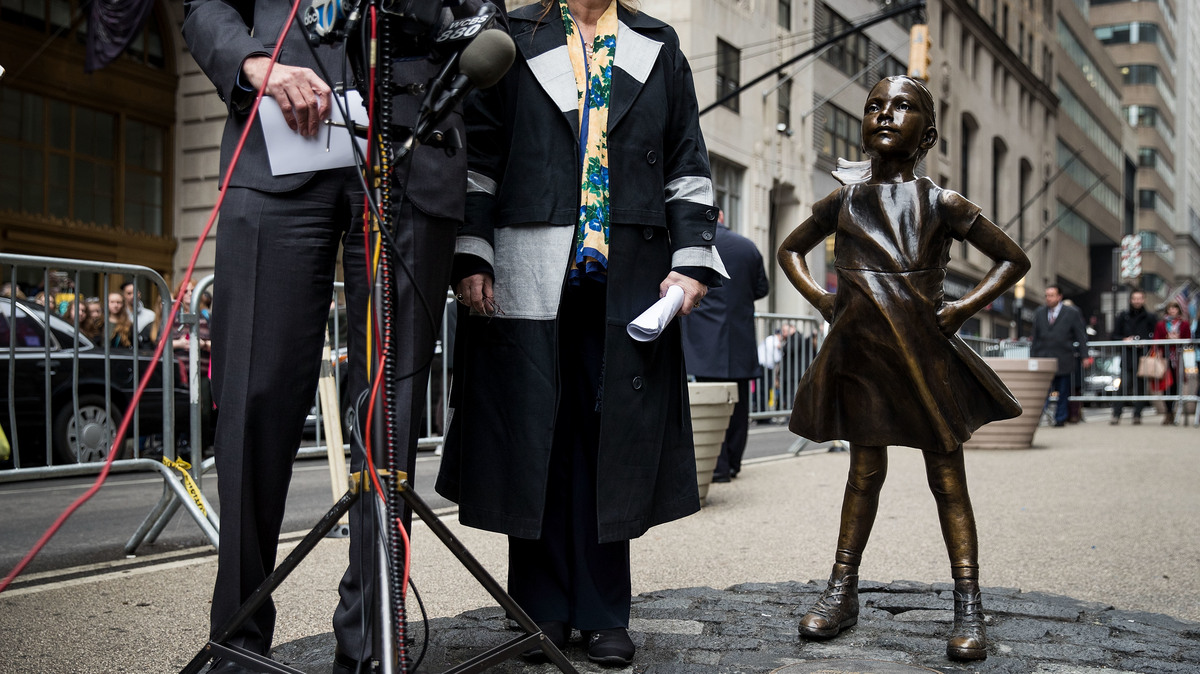 The Fearless Girl statue was commissioned by State Street Corporation to raise awareness about "gender diversity" in corporate leadership. The company is paying $5 million after investigators concluded it underpaid female and black employees.

The State Street Corporation, a financial services company that put the Fearless Girl statue on Wall Street to promote the importance of women working in corporate leadership roles, will pay $5 million after an investigation found that it underpaid female and black executives.

The company denies any wrongdoing but will pay as part of a settlement with the Department of Labor. Law360 reported on the payout earlier this week, and Bloomberg posted the text of the conciliation agreement online.

A spokeswoman for the company tells NPR the investigation, which began in 2012, examined executive pay at the company's Boston headquarters in 2010 and 2011. In an official statement, the company says it "disagreed with" the findings of the investigation but "made a decision to bring this 6-year-old matter to resolution and move forward."

The "confident young" girl is staring down the famous Charging Bull statue — much to the chagrin of Arturo Di Modica, that statue's sculptor, who says it unacceptably alters the meaning of his work.

The statuary standoff gained a new participant for a few hours this spring, when a small pug statue lifted its leg beside the Fearless Girl's foot.

For A Few Hours, A Sculpted Dog Was Urinating On The 'Fearless Girl'

After installing the statue, State Street said the piece of art sent a "powerful message." "[O]ur goal was to raise awareness and drive a conversation around the need to improve gender diversity in corporate leadership roles," the company wrote. It also shared advice on how to increase the representation of women on corporate boards.

The statue had a mixed reaction from the start.

In March, NPR's Rose Friedman reported that some people were charmed by it, but others — like economist Sylvia Ann Hewlett — had fundamental objections. Hewlett didn't criticize State Street itself; she called it more progressive than many of its competitors. But the statue ...

"Please don't depict American womanhood as a cute 9-year-old," Hewlett told Rose. "The choice of portraying the fierce female as someone who is immature, as someone who hasn't tangled with the world, is a little bit of a travesty."