Accessibility links
Nate, Now A Hurricane, Threatens U.S. Gulf Coast : The Two-Way The storm brought heavy rain to Central America, where more than 20 people died. The storm is headed toward Louisiana, where Gov. John Bel Edwards said, "I'm not going to tell you I am not concerned." 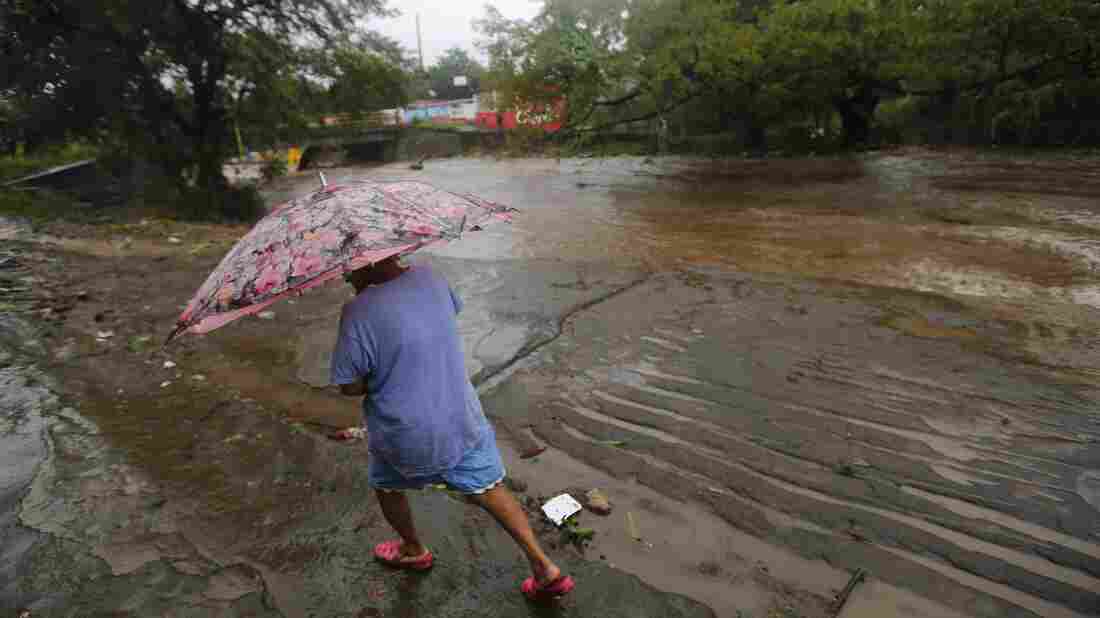 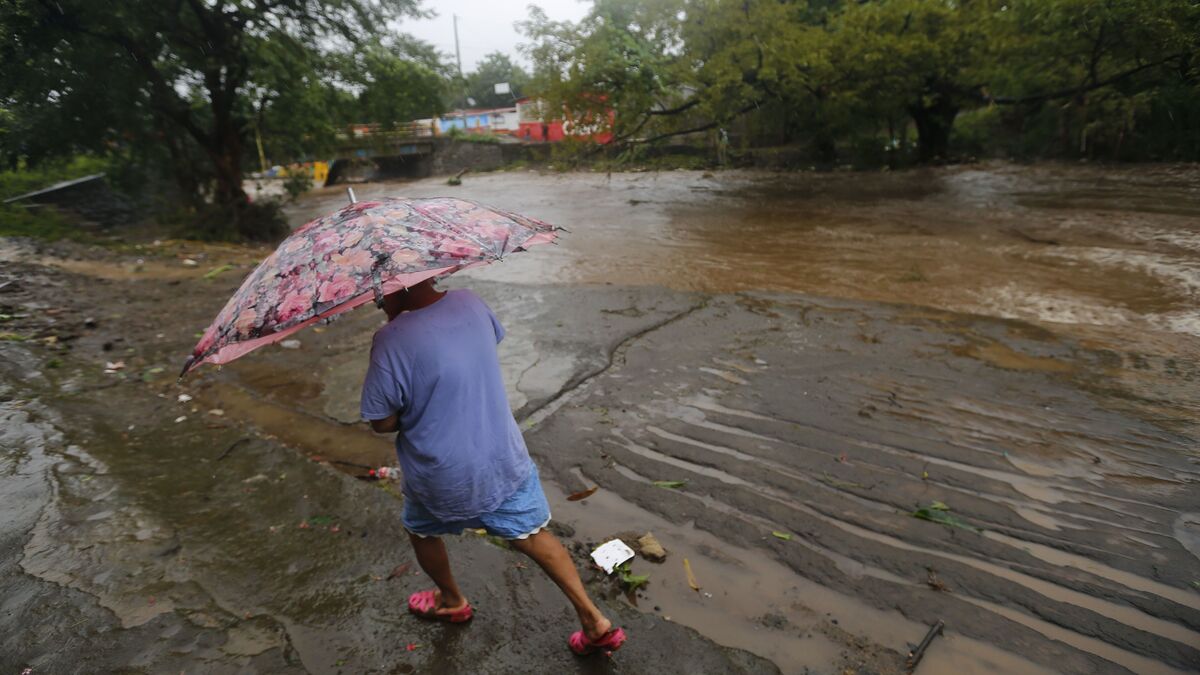 Tropical Storm Nate was declared a hurricane late Friday night as it continues to make its way toward the U.S. Gulf Coast, which is bracing for a potential direct hit Sunday.

Nate is currently a Category 1 hurricane, with maximum sustained winds of 75 mph, according to the National Hurricane Center.

The storm has already unleashed heavy rain and flooding over parts of Central America, where several people have died.

In Nicaragua, the death toll reached at least 11 on Thursday, while thousands of people had to evacuate their homes and several others were reported missing, according to Vice President Rosario Murillo. Nate follows nearly two weeks of heavy rain that has saturated the ground there, reports The Associated Press. Murillo said the recent rainfall is not part of Nate's storm system.

In Costa Rica, officials blamed the storm for at least seven deaths, the AP says. Schools across the country were suspended Thursday because of heavy rainfall.

In Honduras, two young people drowned in a swollen river, and in neighboring El Salvador, a man was killed in a mudslide, reports Reuters. 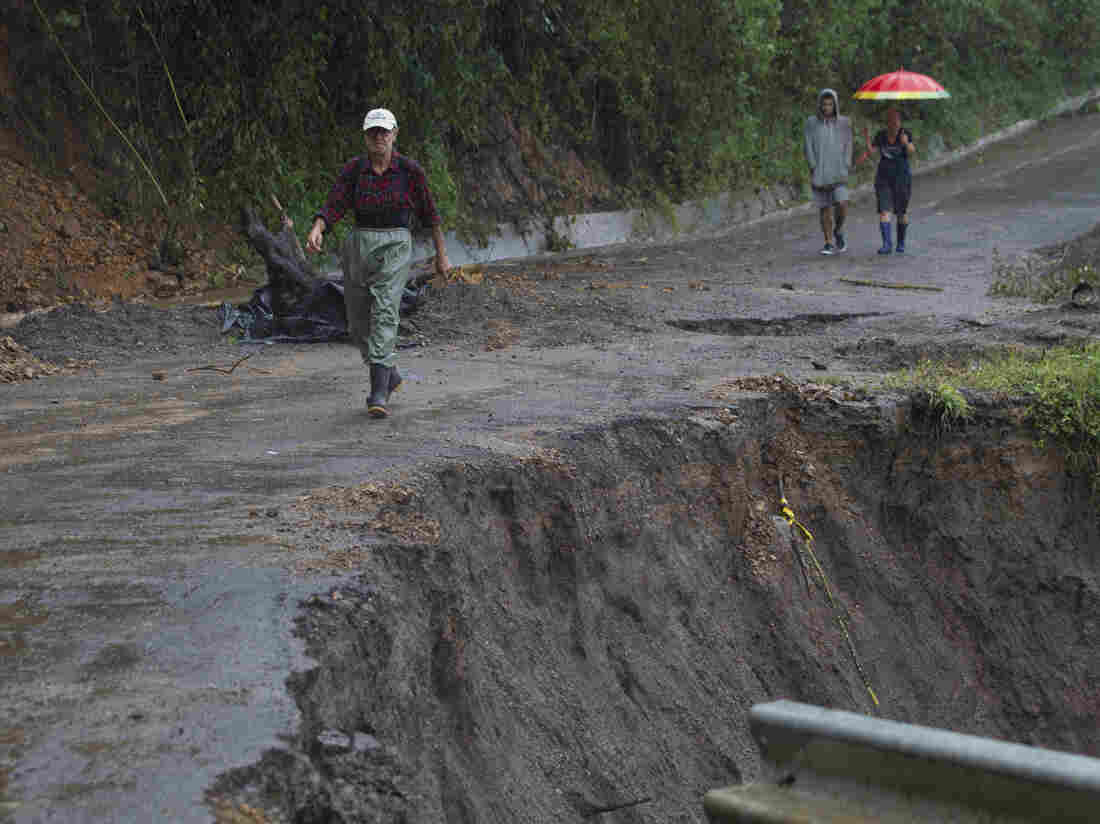 A road was washed out Thursday on the outskirts of San Jose, Costa Rica, where at least seven people were reported killed from Tropical Storm Nate. Moises Castillo/AP hide caption 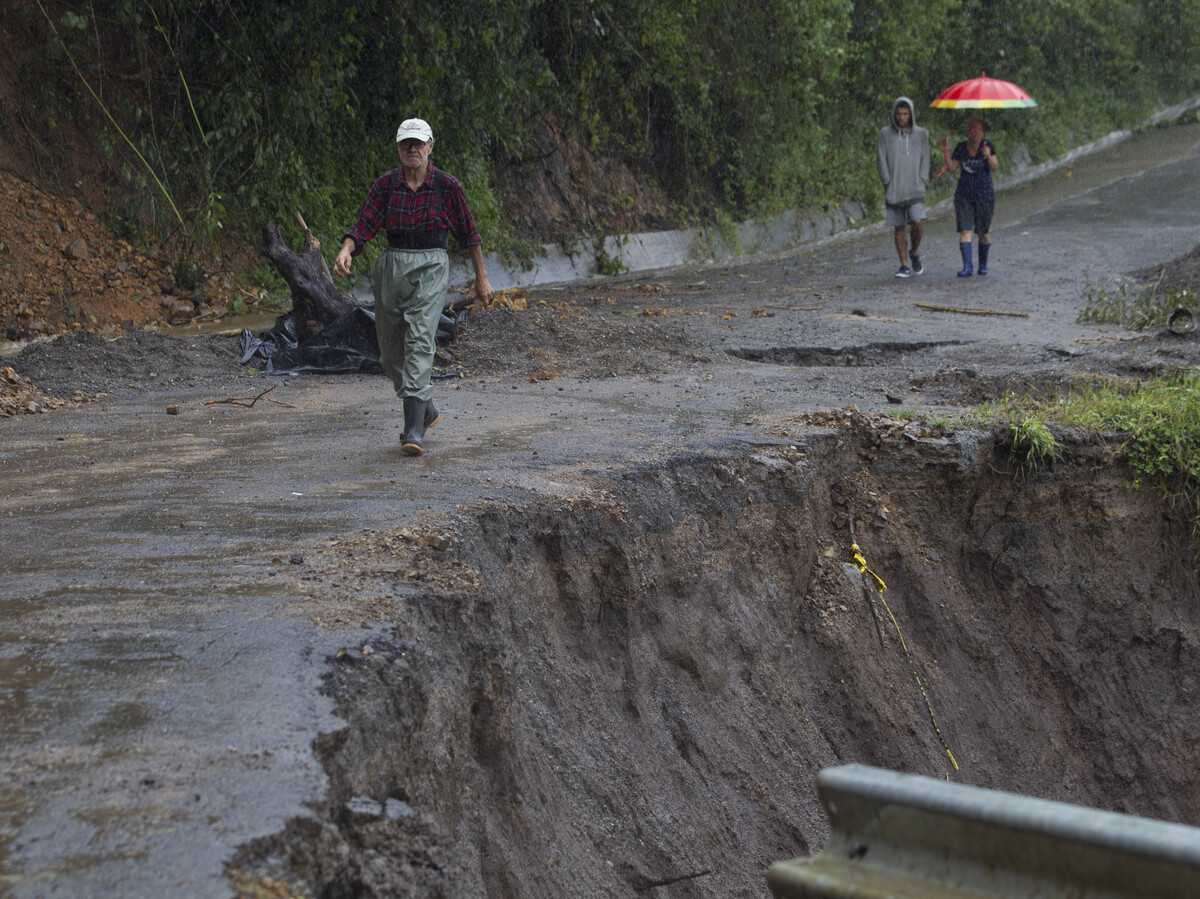 A road was washed out Thursday on the outskirts of San Jose, Costa Rica, where at least seven people were reported killed from Tropical Storm Nate.

Louisiana, Mississippi, Alabama and Florida are at risk. A hurricane warning was issued Friday night for parts of Louisiana, including New Orleans, and stretching east to the Florida-Alabama border.

At a briefing, Edwards said Louisiana is expected to take a direct hit early Sunday morning, but parts of the state could feel the force of the winds by Saturday evening. Edwards said rainfall could reach 6 inches in some areas, with storm surge of up to 6 feet.

It has been a devastating hurricane season, and Nate is an unwelcome reminder that it is not over yet. The season continues until the end of November.

Louisiana National Guard soldiers have been helping with recovery efforts in Puerto Rico in Hurricane Maria's aftermath. Now more than 1,000 state guardsmen have been mobilized ahead of Nate, some in New Orleans to monitor drainage pumps, which have already undergone damage.

"We don't anticipate that this is going to cause devastating impact to New Orleans or exceed the ability for the pumps or the electrical generation down there to pump out that water," Edwards said. But he added, "I'm not going to tell you I am not concerned."