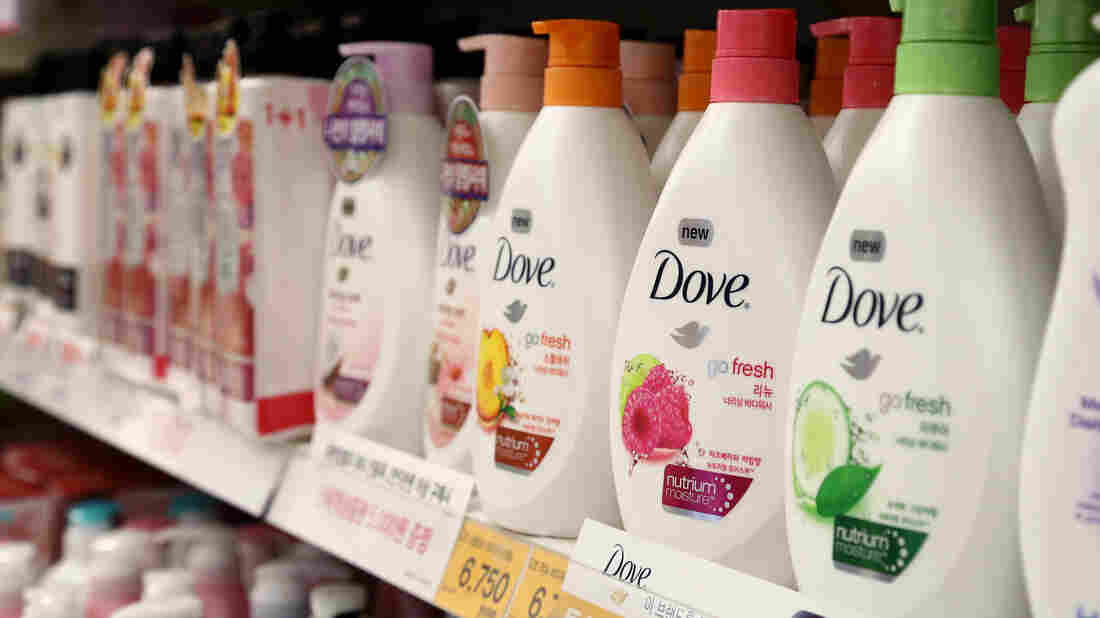 Dove found itself embroiled in controversy this weekend after releasing an ad that some consumers said was racist. Dove apologized and pulled the ad following consumer backlash. Bloomberg via Getty Images hide caption 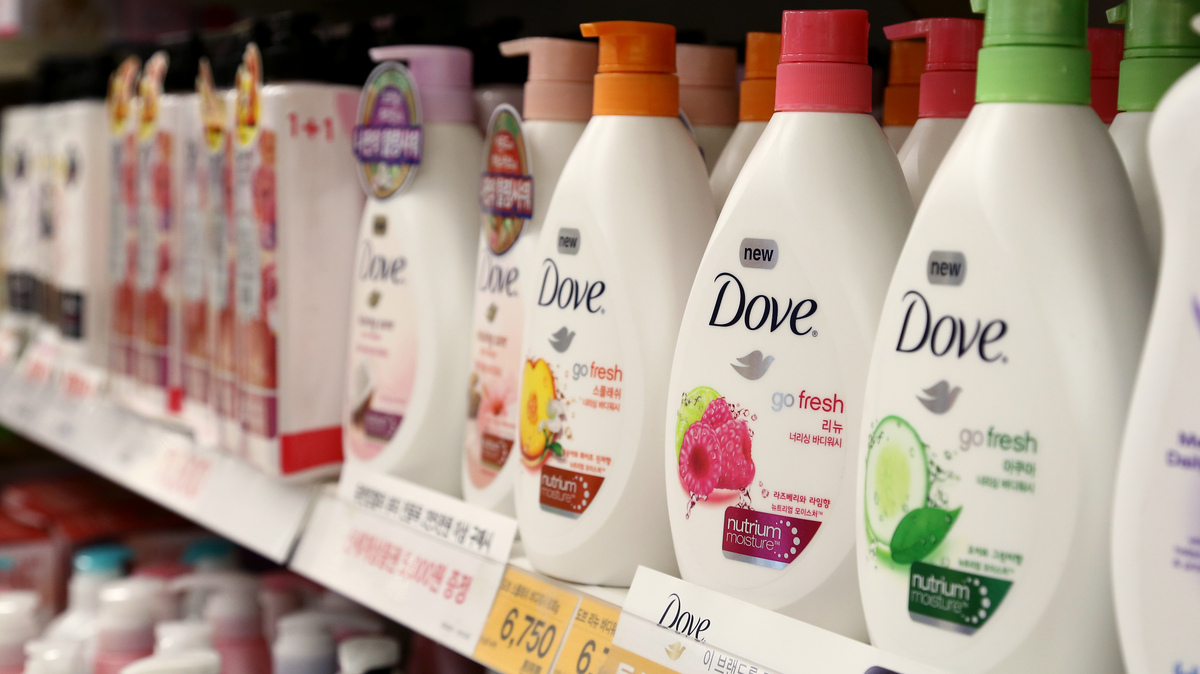 Dove found itself embroiled in controversy this weekend after releasing an ad that some consumers said was racist. Dove apologized and pulled the ad following consumer backlash.

Beauty brand Dove deleted a "three-second video clip" from its Facebook page and admitted Saturday that it had "missed the mark in thoughtfully representing women of color" in an ad for body wash. Consumers had reacted angrily to images of a black woman removing a brown shirt and appearing to transform into a white woman removing a similar shirt.

Author Habeeb Akande summarized some of the outrage to the ad when he tweeted that it showed "a black woman turning white after using @Dove."

Dove issued mea culpas via Twitter and Facebook, saying it "missed the mark in thoughtfully representing women of color and we deeply regret the offense that it has caused. The feedback that has been shared is important to us and we'll use it to guide us in the future."

The Guardian reports that makeup artist Naomi Blake, whose Facebook name is Naythemua, was able to preserve a screen grab of the ad before Dove pulled it. Blake posted on Friday, "So I'm scrolling through Facebook and this is the#dove ad that comes up.... ok so what am I looking at...."

Many of the nearly 1,000 responses agreed that the ad was offensive, even racist. But not everybody felt that way. Somebody posting under the name Caressa Cornelius wrote, "I'm not understanding why people are so offended." And somebody identified as Jessica Cannady wrote, "there was nothing wrong with the commercial ... Lets do better and not over think things."

But someone posting under the name Raenette Johnson said, "For people to say black woman are reaching and being sensitive lemme break this down..... Dove is advertising bodywash, which means that this product removes dirt/ has the ability to get you clean, POINT BLANK!"

And as CNN political commentator Keith Boykin pointed out, this is not the first time Dove has found itself in hot water for the way it has advertised body wash.

Dove said in a statement to Gawker, "All three women are intended to demonstrate the 'after' product benefit. We do not condone any activity or imagery that intentionally insults any audience."

On Sunday, The Guardian published another statement from Dove regarding the controversy over its latest ad.

"This did not represent the diversity of real beauty which is something Dove is passionate about and is core to our beliefs, and it should not have happened. We have removed the post and have not published any other related content."