Accessibility links
Football Legend Y.A. Tittle Dies At 90 : The Two-Way Tittle, a great quarterback at LSU and later in the NFL, has died. While he never won a championship, Tittle was the first pro football player to be featured on the cover of Sports Illustrated. 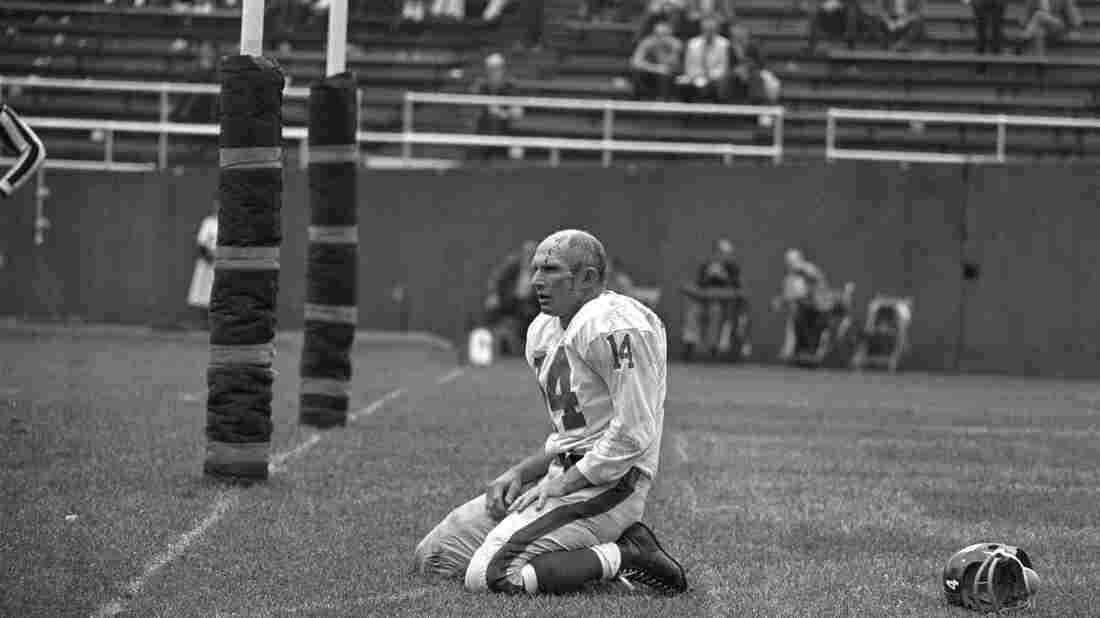 In this iconic photo from Sept. 20, 1964, New York Giants' Y.A. Tittle squats on the field after being hit hard while passing during a game against the Pittsburgh Steelers. Dozier Mobley/AP hide caption 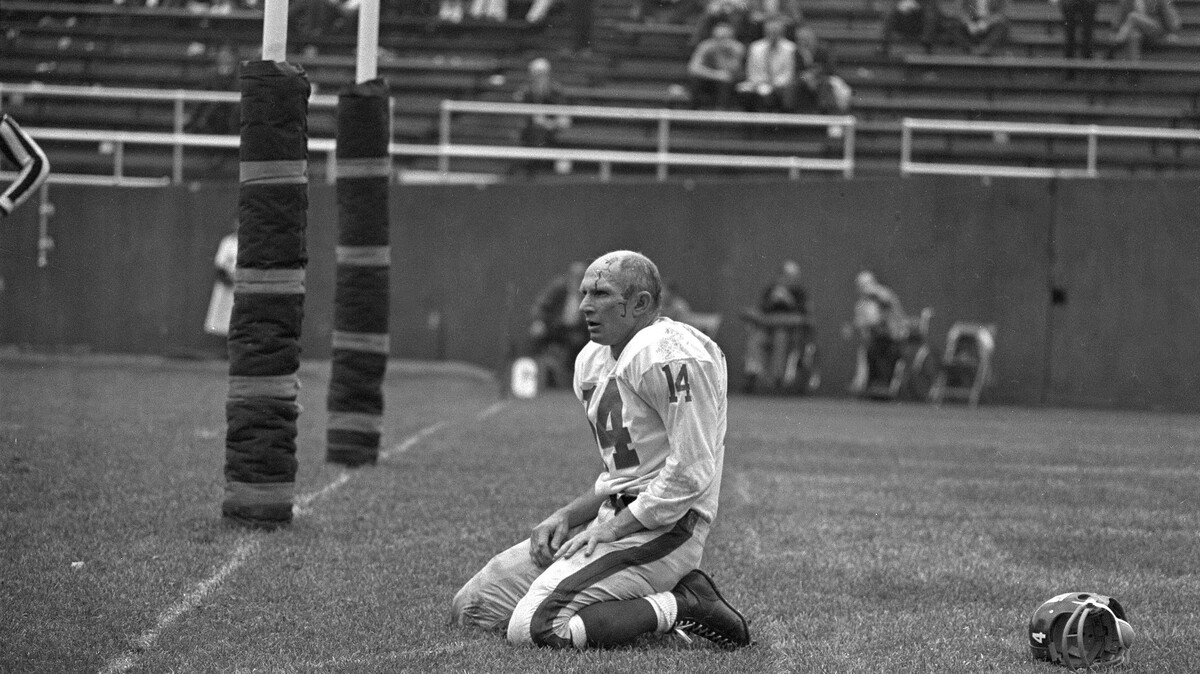 In this iconic photo from Sept. 20, 1964, New York Giants' Y.A. Tittle squats on the field after being hit hard while passing during a game against the Pittsburgh Steelers.

Yelberton Abraham Tittle, better known as Y.A. Tittle, has died at age 90. He passed away Sunday night at Stanford Hospital near his home in Atherton, Calif.

Tittle was a great quarterback for Louisiana State University and went on to play 17 seasons of pro football. His greatest success was in New York when he led the Giants to three division titles in four years. In 1954, he became the first pro football player to be featured on the cover of Sports Illustrated.

Tittle never won a championship, but as The Associated Press reports:

"He came to personify the competitive spirit of football, thanks to an iconic photo taken by Dozier Mobley during Tittle's final season in 1964.

"The frame caught the then-37-year-old quarterback, who looked older than his years, after throwing an interception returned for a touchdown by Pittsburgh's Chuck Hinton. Tittle is seen kneeling in exhaustion and pain from an injured rib, blood dripping down his face from a head gash."

More than 20 years ago, All Things Considered host Robert Siegel interviewed Tittle and his daughter, Dianne, a classicist and harpist who had written a book about him. The book, Giants & Heroes, compared Tittle, a great passer who never won a championship, to heroes of classical mythology. Tittle said he was immensely proud of his daughter's erudition.

"The same thing seemed to follow me all my life, never, ever really winning the big game. And I think Dianne has sort of - sort of - her book has been built around this. It's the quest of really winning, that I never did win. But I did win, really, in the long run because I have four wonderful children and grandchildren. And Dianne has written this book, and she's written it with good taste. She's praised her father while I think telling a lot of truth about the people in sports that I played with."

Tittle held the NFL record for most touchdown passes in a season, 36, until 1984 — that's when Dan Marino threw 48.

In the 2006 NPR interview, Tittle said he loved playing football from his early days in East Texas.

"I almost wish I could do it all over again," he said. "Because it was a wonderful experience and a wonderful ride."