Accessibility links
Plunging Kenya Into Crisis, Opposition Leader Drops Out Of Presidential Race : The Two-Way Raila Odinga, who had sought and won a re-run of the August presidential elections, said he could not be sure the new elections would be free and fair. So, he has decided not to run. 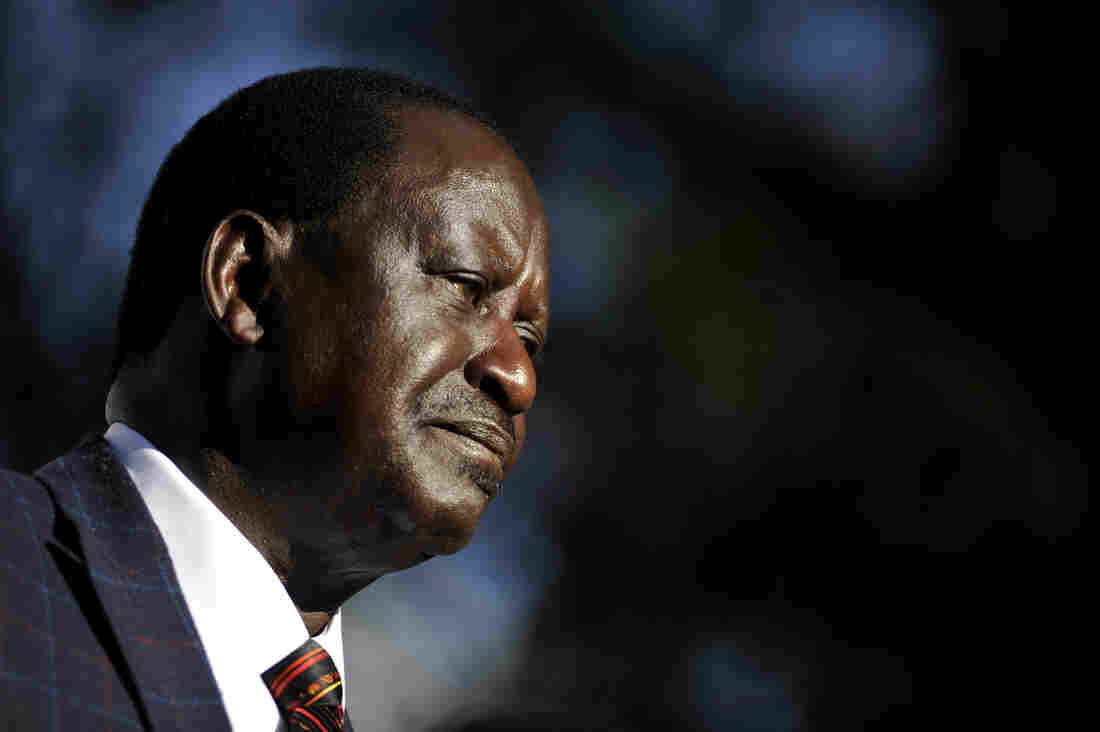 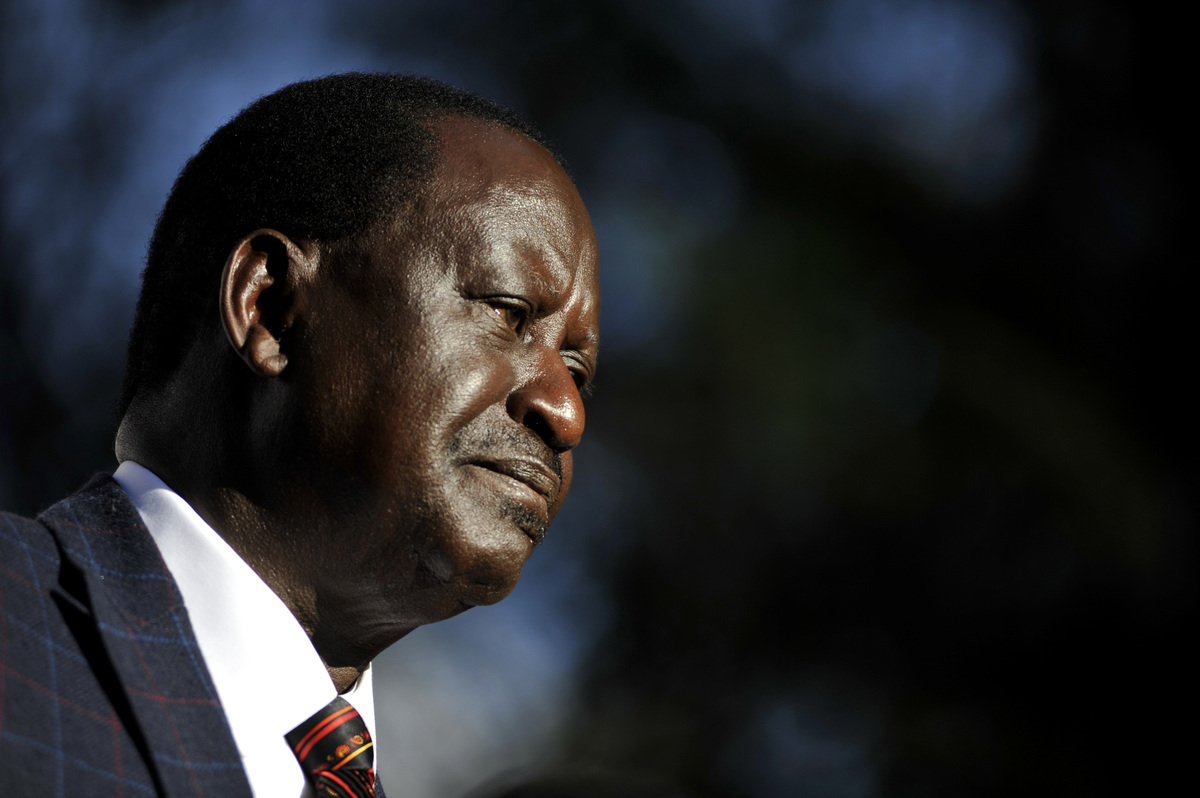 Raila Odinga, opposition leader for the National Super Alliance (NASA), has dropped out of the country's presidential election.

A little more than two weeks before a re-run of a presidential election, Kenyan opposition leader Raila Odinga dropped a bombshell.

During a press conference in Nairobi, he said he could not be sure that the Oct. 26 poll would be free, fair and credible so he dropped out.

"Considering the interests of the people of Kenya, the region and the world at large, we believe that all will be best served by [opposition party] NASA vacating its presidential candidature in the election," he said.

His decision moves the East African country further into a political crisis and closer toward a constitutional crisis that is likely to inflame tensions in a country that's already seen intense post-election violence.

Odinga and his party not only withdrew from the race but they are demanding new elections by pointing to a 2013 Supreme Court decision that calls for the Independent Electoral and Boundaries Commission to cancel upcoming elections if a major presidential candidate dies or "abandons the electoral quest before the scheduled dates."

But lawyers for President Uhuru Kenyatta are pointing to regulations that say if there are only two candidates and one drops out after nominations, the remaining candidate is the winner.

The electoral commission tweeted that they were meeting with their legal team and "will communicate the way forward."

Douglas Gichuki, a law professor at Strathmore Univerisity in Nairobi, said he doesn't yet consider this a constitutional crisis. This issue, he said, was touched "in passing" by the Supreme Court in 2013. It was not, he said, the central question in the case.

"And to be fair, the constitution is itself very clear on what happens in this scenario," he said. In a two-candidate race, if a candidate drops out, the other candidate wins.

But Gichuki also says that Kenya is a young country with a 7-year-old constitution and very little jurisprudence. The 2017 presidential elections are only the second being conducted under the new constitution, so this puts Kenya in uncharted waters.

Shortly after Odinga made his announcement, President Uhuru Kenyatta took the stage at a political rally in Western Kenya. He said Democracy was for everyone and no one individual could "stand in the path of the progress of 45 million Kenyans."

"It is his democratic right not to participate," Kenyatta said. "We tell him also it is the people's right to participate in an election to choose their leader. So whether you are there or not, we are proceeding to the people who have the sovereign right to elect the leader of their choice."

Since the elections of Aug. 8, Kenya has been on edge. The elections were followed by days of protests and a violent police crackdown that left more than 30 people dead.

Odinga petitioned the country's Supreme Court to throw out the results of the first presidential elections and they did. A majority found so many irregularities, they said the elections did not meet the threshold set out by the constitution. So they threw out Kenyatta's big victory and ordered new elections.

Since then Odinga has issued several demands, including calling for the ouster of a top elections official and an audit of the elections servers, which he argued had been hacked. The electoral board has balked at most of those changes and Odinga insisted he would not take part in an election that would repeat the mistakes of the previous one.

The opposition called for a mass rally in Nairobi on Wednesday. Mass action in Kenya is feared because it can quickly descend into violence, especially at a time of deep tribal division in the country. It was those fissures that led to the post-election tribal violence that left more than 1,000 Kenyans dead in 2007 and 2008.

Gichuki said it's clear that Kenya is currently in a political crisis and he thinks that the country is trying to litigate "fundamental problems or social, political organization through law."

He added: "I'm not clear that law is enough to solve this problem."