Accessibility links
NFL's Roger Goodell Says Players 'Should Stand' For National Anthem : The Two-Way The NFL commissioner wrote in a memo to all 32 teams that the league will present team owners with a plan next week to help "move past this controversy." 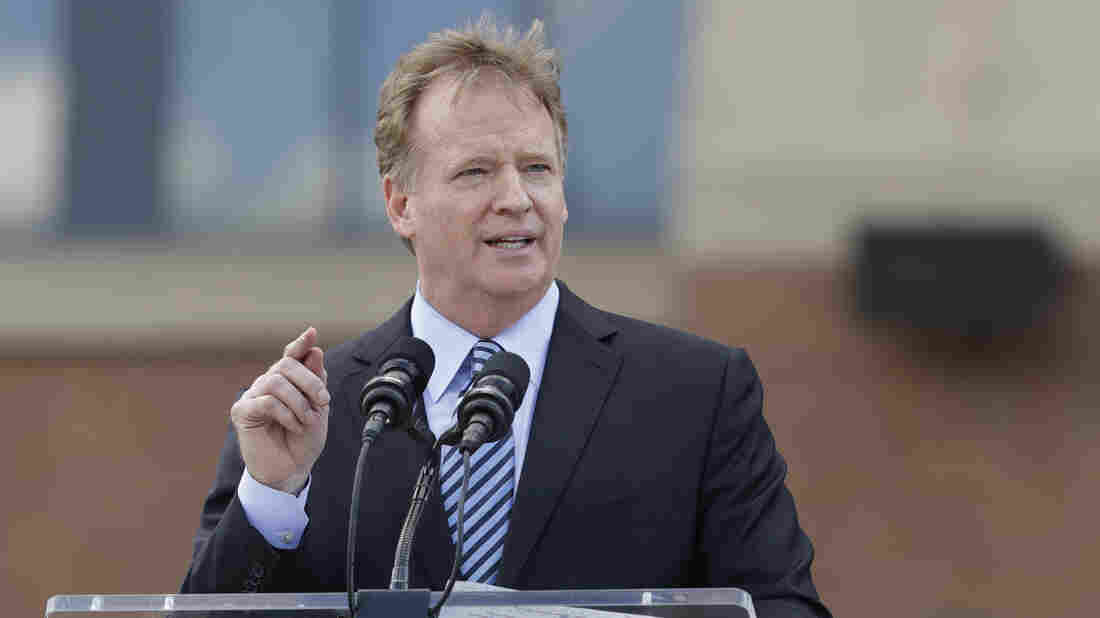 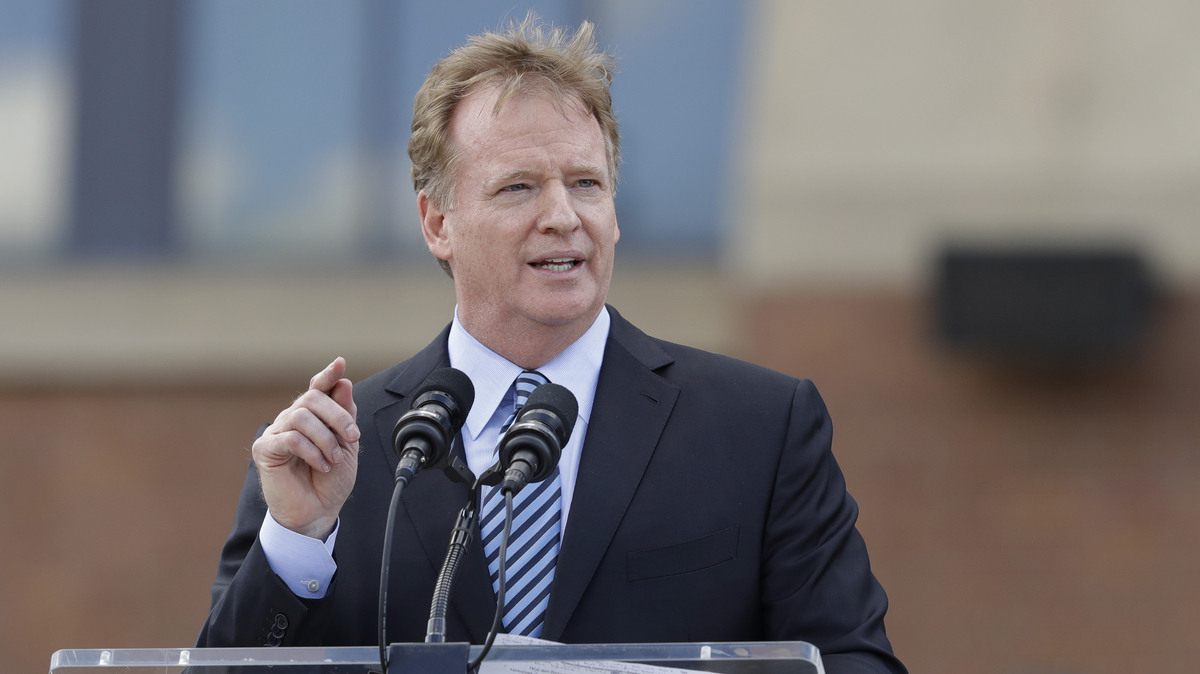 NFL Commissioner Roger Goodell, pictured Saturday in Indianapolis, told club executives Tuesday that the anthem controversy is dividing the league from its fans.

"Everyone should stand" during the national anthem, NFL Commissioner Roger Goodell wrote in a memo to all 32 teams, adding that the NFL will present a plan next week to help "move past this controversy."

In the memo sent Tuesday, Goodell said he is "very proud of our players and owners who have done the hard work over the past year to listen, understand and attempt to address the underlying issues within their communities" and expressed respect for players' "opinions and concerns about critical social issues."

And yet, Goodell writes, "like many of our fans, we believe that everyone should stand for the National Anthem. ... We want to honor our flag and our country and our fans expect that of us."

"The controversy over the Anthem is a barrier to having honest conversations and making real progress on the underlying issues. We need to move past this controversy, and we want to do that together with our players."

Team owners are scheduled to discuss the plan with Goodell at a meeting next week in New York.

President Trump, who for weeks has been critical of players who kneel, responded to Goodell's memo early Wednesday:

"It is about time that Roger Goodell of the NFL is finally demanding that all players STAND for our great National Anthem-RESPECT OUR COUNTRY," Trump tweeted.

The NFL then responded with a statement saying, "Commentary this morning about the Commissioner's position on the anthem is not accurate." The statement, as reported by NFL Media analyst Ian Rapoport, went on to say "there will be a discussion of these issues at the owners meeting next week" and that the NFL is looking "to move from protest to progress, working to bring people together."

While Goodell's memo Tuesday was short on details, it represents an attempt to lay out a clear and consistent leaguewide policy for players.

An NFL spokesman tells Sports Illustrated that the game operations manual already states, "During the National Anthem, players on the field and bench area should stand at attention."

Then-San Francisco 49ers quarterback Colin Kaepernick began the practice of kneeling during the anthem last year, telling NFL Media he was "not going to stand up to show pride in a flag for a country that oppresses black people and people of color."

Late last month, Trump suggested the NFL fire players who kneel, and he even supported a boycott. Dozens of athletes and owners alike united in various forms of silent protest, with many taking a knee, around the national anthem.

Goodell seemed to back players, saying Trump's comments were "divisive" and "demonstrate an unfortunate lack of respect for the NFL."

Some teams have attempted to lay out a cohesive position on such displays. Earlier this month, the Indianapolis Colts said players who kneel weren't doing it to disrespect the flag or those who serve but were using their platform to raise awareness about "real equality, the injustices against black and brown people, police brutality, respect, unity, and equal opportunity."

But the response among fans has been anything but cohesive. While some have lauded players for exercising their right to free speech, others have jeered loudly at the displays and even renounced their allegiance to teams.

In recent days, more owners have come out against the protests, even threatening to bench players. However, the players union has backed the protests, saying athletes are exercising their constitutional rights.

Goodell acknowledged the divide in his letter.

"The current dispute over the National Anthem is threatening to erode the unifying power of our game, and is now dividing us, and our players, from many fans across the country." He went on to say the issue has become "a barrier to having honest conversations and making real progress on the underlying issues. We need to move past this controversy."