Accessibility links
Top Navy Officers Fired In Ongoing Leadership Shake-Up After Deadly Collisions : The Two-Way The U.S. 7th Fleet said Tuesday that this summer's crash of the USS John S. McCain was preventable. The August collision was the latest in a string of Navy mishaps in the Pacific this year. 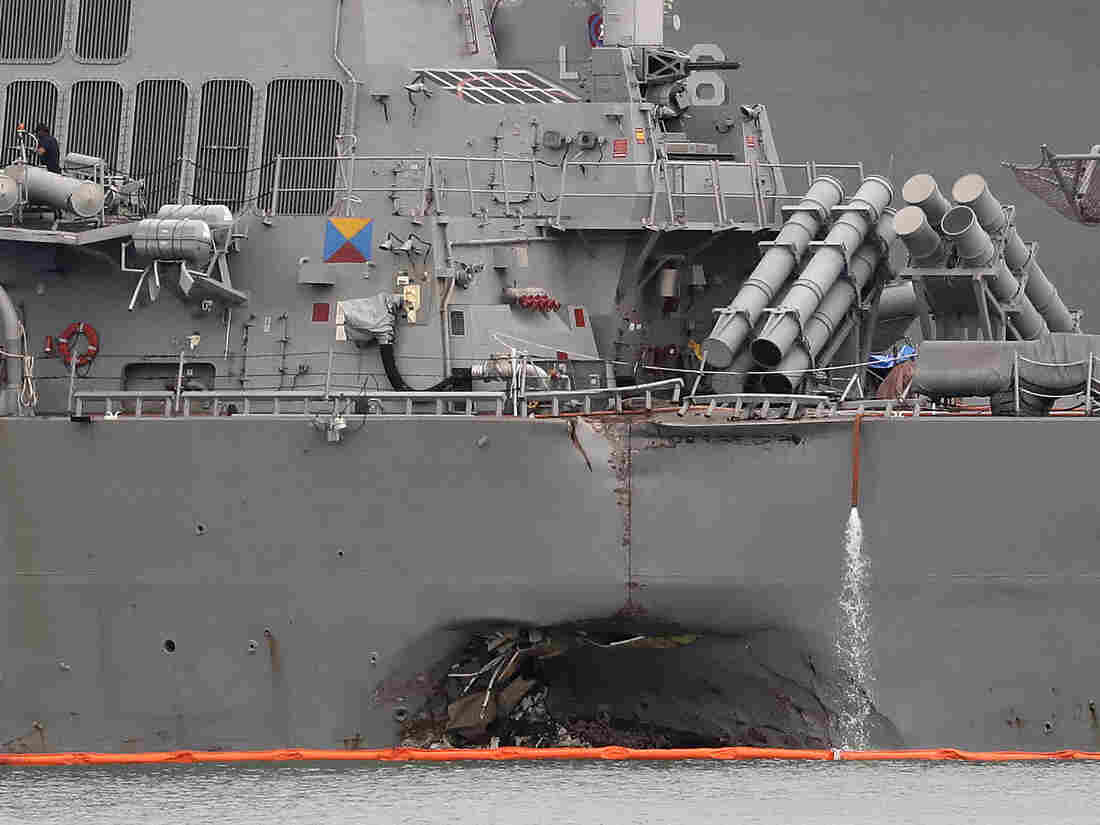 The USS John S. McCain, shown docked in Singapore on Aug. 22, was damaged after colliding with an oil tanker. Two top U.S. Navy officers were dismissed Tuesday as the 7th Fleet continues its investigation into the crash. Wong Maye-E/AP hide caption 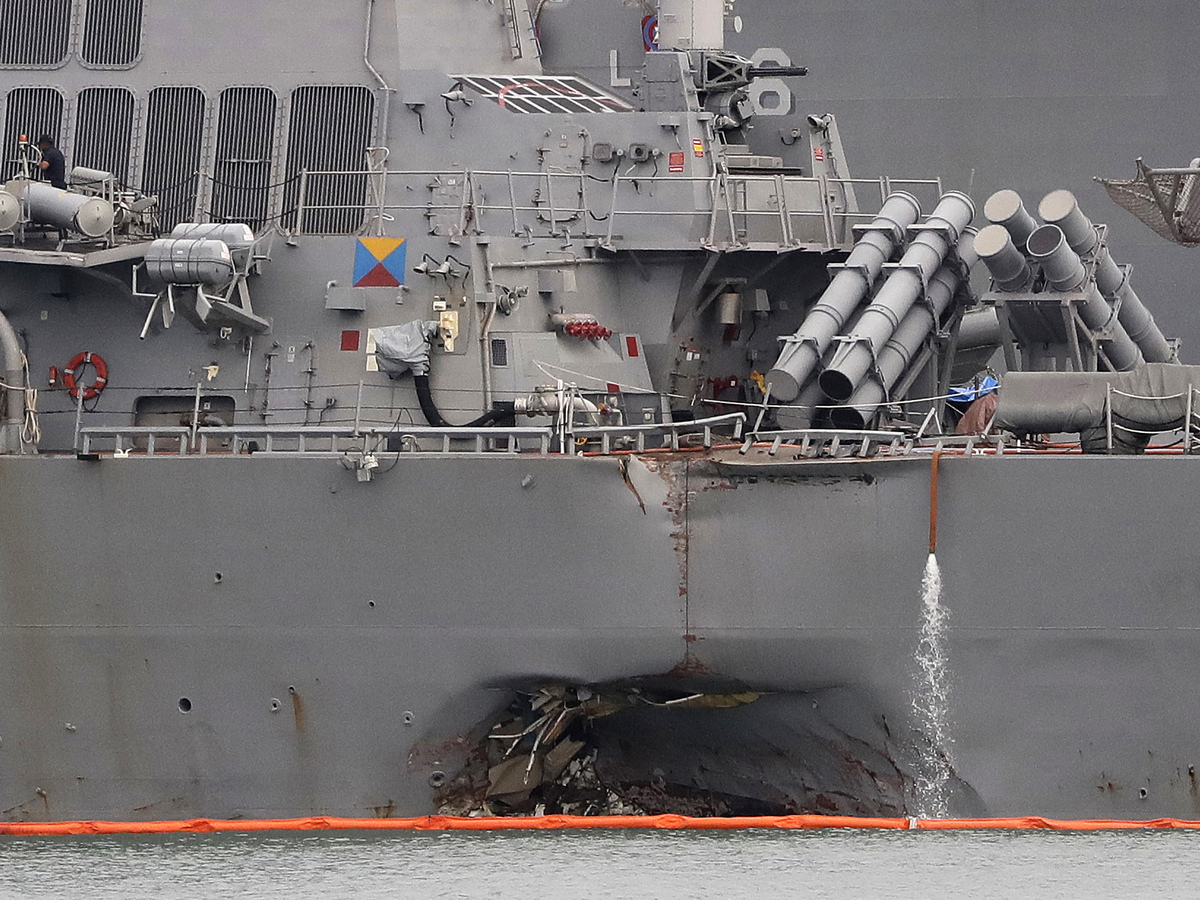 The USS John S. McCain, shown docked in Singapore on Aug. 22, was damaged after colliding with an oil tanker. Two top U.S. Navy officers were dismissed Tuesday as the 7th Fleet continues its investigation into the crash.

This summer's fatal collision between the USS John S. McCain and a tanker ship off the coast of Singapore was "preventable," the U.S. Navy said Tuesday while announcing that the ship's commander and his deputy have been relieved of their duties.

The guided-missile destroyer and the Liberian-flagged oil/chemical tanker Alnic MC collided on the morning of Aug. 21, leaving 10 sailors dead and several others injured. The circumstances of the crash remain under investigation.

As the Two-Way reported in August:

"David Larter, a U.S. Navy veteran and staff writer for Defense News, tells NPR's Morning Edition that although it appears that the destroyer was the vessel hit, 'in situations like this, it's the responsibility of the smaller, more maneuverable ship to get out of the way.'

" 'There are so many safeguards in place to avoid these collisions that it's kind of baffling,' Larter tells NPR.

"According to The Associated Press, the Alnic MC was inspected on July 29 at the Chinese port of Dongying and found to have 'one document deficiency, one fire safety deficiency and two safety of navigation problems.' "

It was the fleet's second deadly collision in 2017. Just two months earlier, its sister ship, the USS Fitzgerald, nearly sank off the coast of Japan after colliding with a cargo ship. A hole was punched into the sailors' living quarters, quickly filling it with water and killing seven.

Damage to both ships will take months to repair and cost hundreds of millions of dollars.

Two less serious mishaps involving Navy ships in the Pacific occurred earlier this year. In January, the USS Antietam ran aground in Japan, and in May, the USS Lake Champlain and a South Korean fishing boat collided. Nobody was injured in either of those incidents.

Last month, Navy leaders testified before Congress about the series of incidents, revealing that intense operational demands made worse by military spending cuts, 100-hour workweeks for some sailors and leadership shortcomings may have all played a role, reports The Washington Post.

"As leaders of our Navy, you must do better," Republican Sen. John McCain said at the hearing. The USS McCain is named for the Arizona senator's father and grandfather, both Navy admirals.

Tuesday's dismissals are the latest in a shake-up of Navy leadership. There have been more than a half-dozen recent firings in what the Post reports is "a promised accountability sweep as the service seeks to restore confidence in its surface warfare fleet and address glaring questions about commanders' ability to hone seamanship and readiness amid constant deployments."

Vice Adm. Joseph Aucoin, the three-star commander of the 7th Fleet, was the highest-ranking official caught up in the sweep. He was relieved of his duties shortly after the McCain collision in August "due to a loss of confidence in his ability to command."