Accessibility links
Judge Limits DOJ's Warrant For Records From Anti-Trump Site : The Two-Way The court's ruling says the government has no right to "rummage through the information" on DreamHost's website to identify "innocent persons" engaged in First Amendment activities. 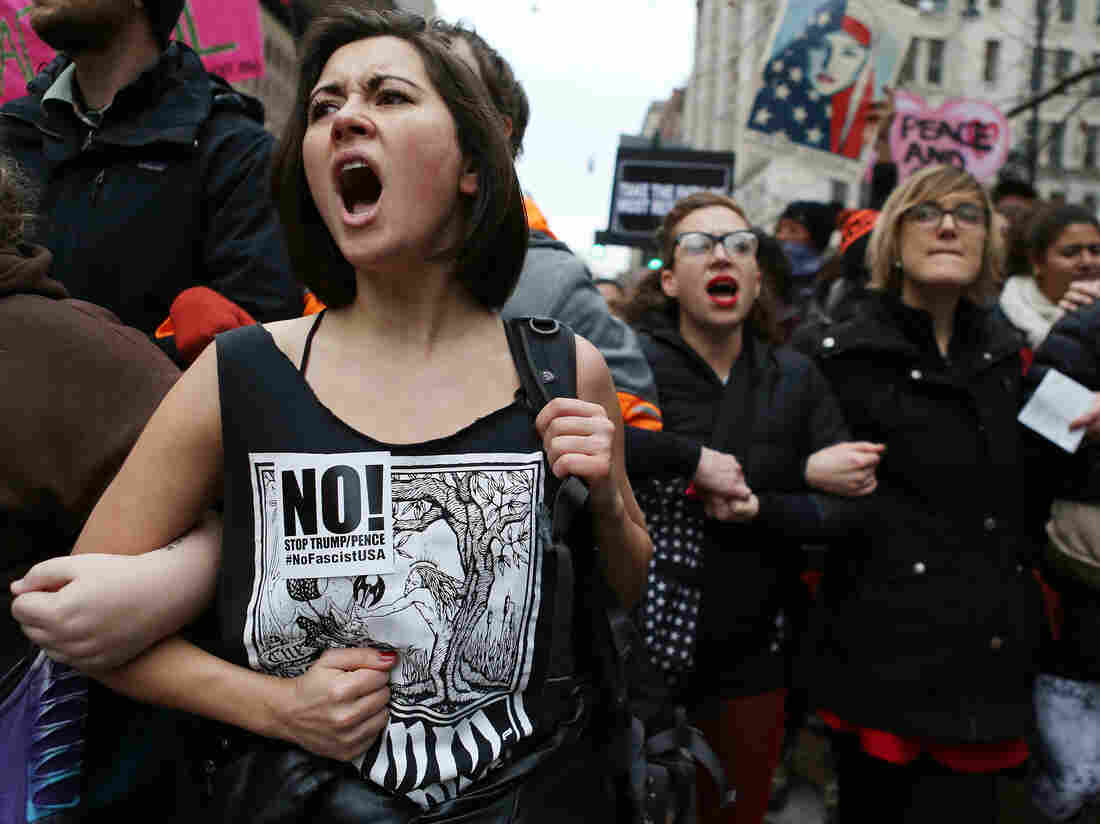 Anti-Trump protesters chant during an Inauguration Day demonstration in Washington, D.C., in January. A judge has narrowed the Justice Department's warrant for records related to a website used to plan protests. Mario Tama/Getty Images hide caption 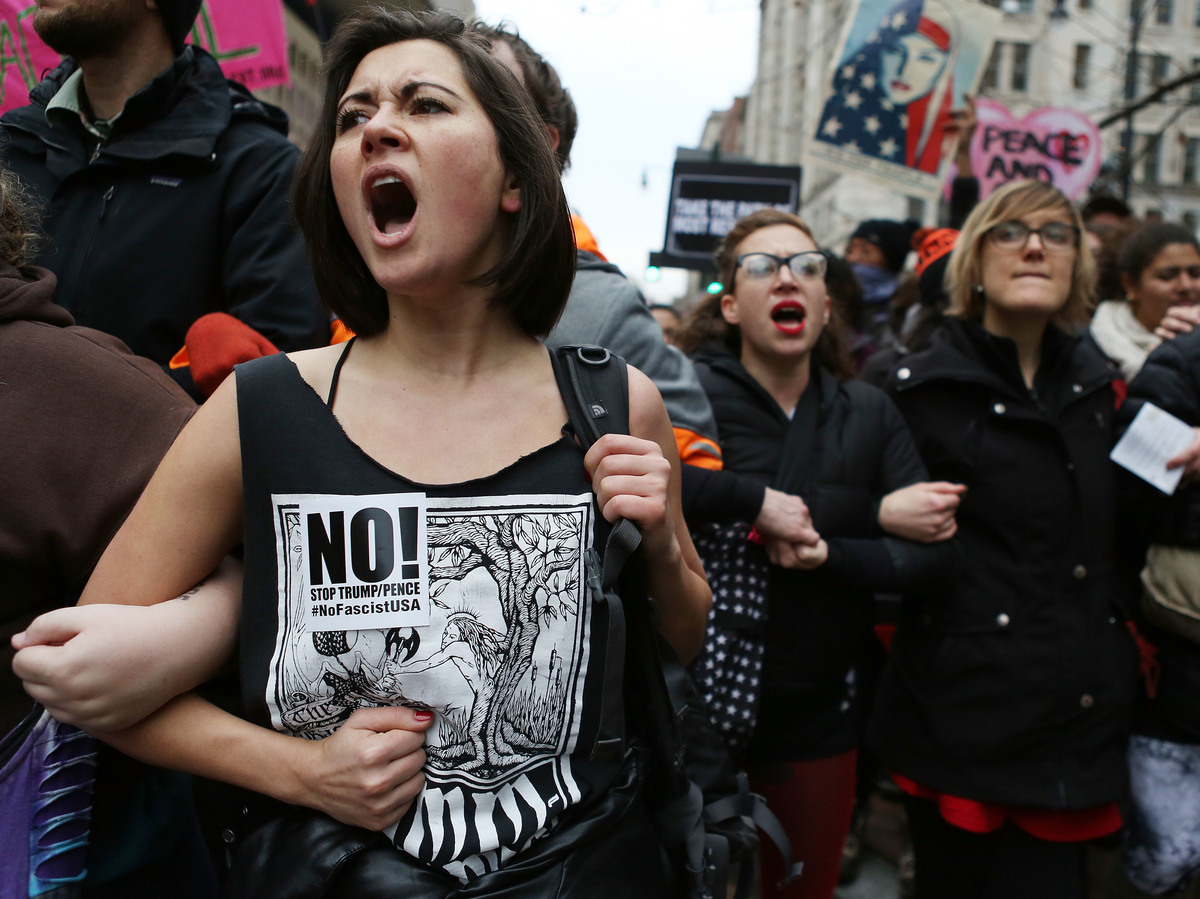 Anti-Trump protesters chant during an Inauguration Day demonstration in Washington, D.C., in January. A judge has narrowed the Justice Department's warrant for records related to a website used to plan protests.

A Washington, D.C., judge has significantly narrowed the Justice Department's warrant related to a website used to plan anti-Trump protests during the Inauguration.

The government had sought a sweeping warrant for records from web hosting company DreamHost of all visitors to its customer's website, DisruptJ20.org — even those not suspected of committing a crime. As NPR previously reported, DreamHost resisted complying with that warrant, considering it overly broad, and endangering privacy and free speech.

"[W]hile the government has the right to execute its Warrant," D.C. Superior Court Judge Robert Morin wrote in his order, "it does not have the right to rummage through the information contained on DreamHost's website and discover the identity of, or access communications by, individuals not participating in alleged criminal activity, particularly those persons who were engaging in protected First Amendment activities."

The government sought the warrant as it gathers evidence for its cases against nearly 200 people charged with rioting on Jan. 20.

The judge's new order instructs DreamHost to redact identifying information of "innocent persons" who visited the website before providing the records to the government. It also dictates a protocol for incorporating procedural safeguards to comply with "First Amendment and Fourth Amendment considerations." Among other stipulations, the government must submit to the court its plan for permanently deleting from its possession all information not within the scope of the warrant.

"The new order is a far cry from the original warrant we received in July," DreamHost General Counsel Christopher Ghazarian wrote in a statement to NPR. "Absent a finding by the Court that probable cause of criminal activity exists, the government will not be able to uncover the identities of these users. There are also quite a few modifications that further reduce the government's ability to review unrelated data. This is another huge win not just for DreamHost, but for internet users around the world."

The company says it does not intend to appeal the court's ruling.

"As it stands today, the sum total of requested data in this case very closely aligns with hundreds of other government requests that DreamHost has received, and complied with lawfully, in the past," DreamHost VP of Corporate Communications Brett Dunst tells NPR.

Morin took over adjudication of the matter from another judge, Ronald Wertheim, who had granted the initial warrant.

The Justice Department declined to comment on the order.