Accessibility links
U.S. Says It Will Withdraw From UNESCO, Citing 'Anti-Israel Bias' : The Two-Way The State Department said the withdrawal from the United Nations' cultural agency will take effect Dec. 31, 2018. The U.S. had cut funding to the group years ago for offering Palestinians membership.

U.S. Says It Will Withdraw From UNESCO, Citing 'Anti-Israel Bias'

U.S. Says It Will Withdraw From UNESCO, Citing 'Anti-Israel Bias' 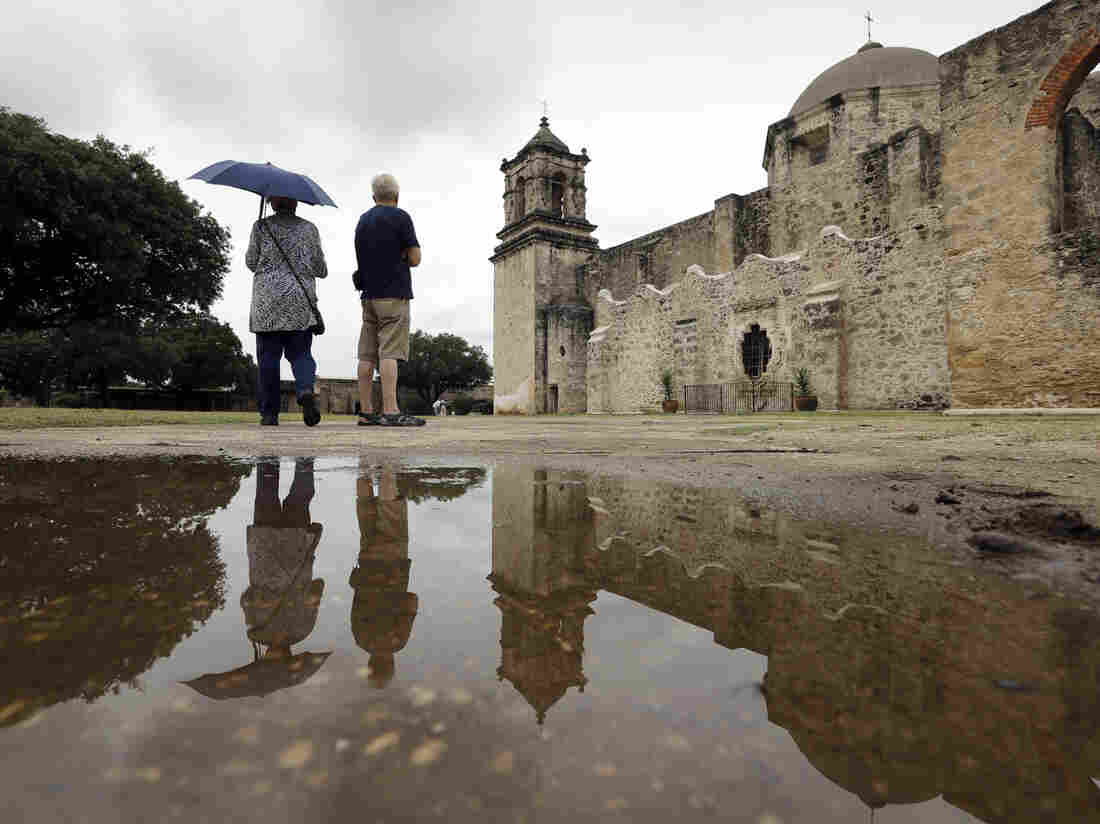 Mission San Jose, one of five missions in San Antonio designated by UNESCO as a World Heritage Site. The cultural aid agency has designated more than 1,000 such sites around the world — including more than 20 in the U.S. — to celebrate their "outstanding universal value." Eric Gay/AP hide caption 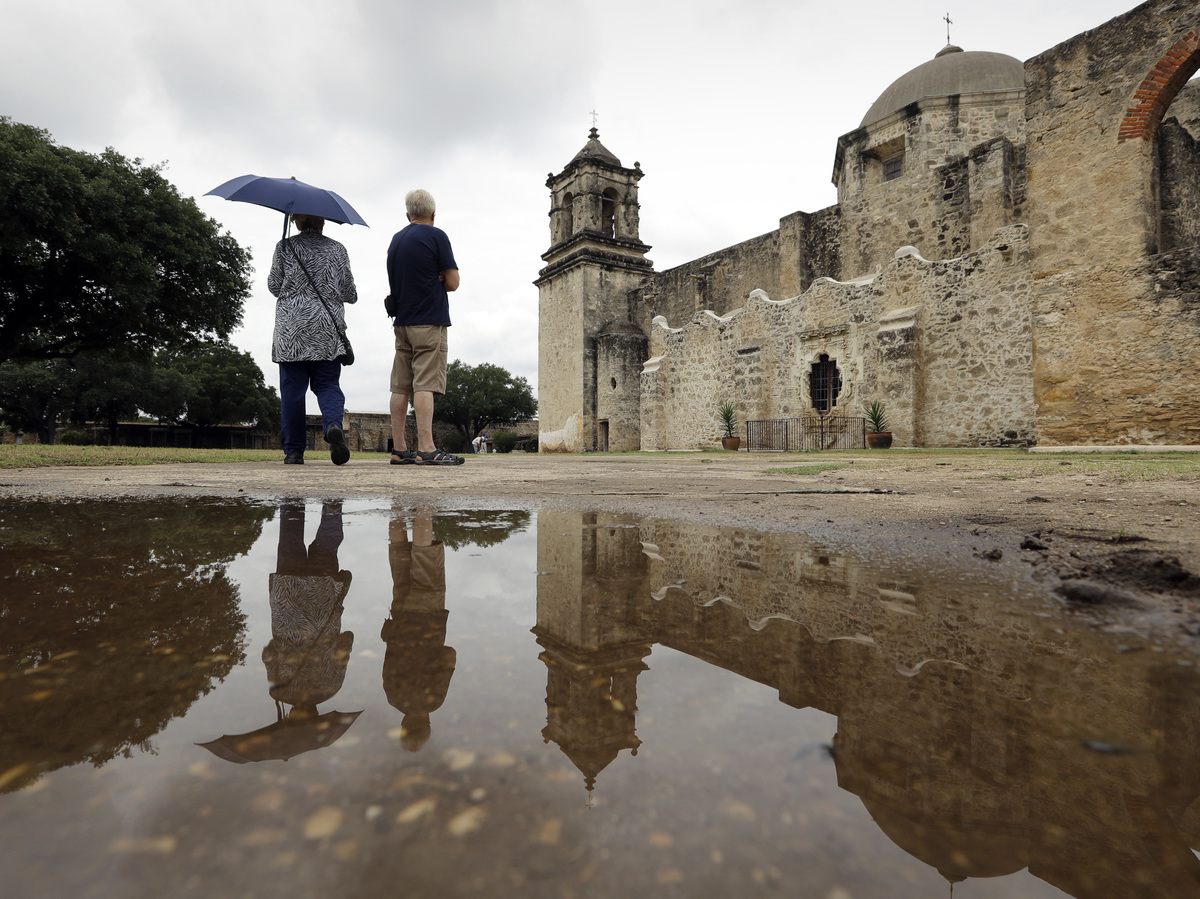 Mission San Jose, one of five missions in San Antonio designated by UNESCO as a World Heritage Site. The cultural aid agency has designated more than 1,000 such sites around the world — including more than 20 in the U.S. — to celebrate their "outstanding universal value."

The Trump administration has announced that the U.S. will withdraw from UNESCO, the United Nations' chief cultural and educational agency. In a statement released Thursday, the State Department said the move won't take effect for more than a year, noting the withdrawal will be as of Dec. 31, 2018.

"This decision was not taken lightly, and reflects U.S. concerns with mounting arrears at UNESCO, the need for fundamental reform in the organization, and continuing anti-Israel bias at UNESCO," department spokeswoman Heather Nauert said in the announcement.

Still, she noted the Trump administration wants the U.S. to remain engaged with the U.N. agency "as a non-member observer state in order to contribute U.S. views, perspectives and expertise on some of the important issues undertaken by the organization, including the protection of world heritage, advocating for press freedoms, and promoting scientific collaboration and education."

The cultural aid agency — which seeks to coordinate international efforts in education, science and heritage remembrance — has been at odds with the U.S. since 2011, when it voted overwhelmingly to offer full membership to a state of Palestine. Just hours after that vote, the U.S. decided to cut its payments to UNESCO, while still maintaining its membership.

As of this year, the U.S. government owes the agency about $550 million, according to the State Department.

Secretary of State Rex Tillerson delivered official notification of the plans for withdrawal to UNESCO Director-General Irina Bokova, who expressed "profound regret" at the move.

"At the time when conflicts continue to tear apart societies across the world, it is deeply regrettable for the United States to withdraw from the United Nations agency promoting education for peace and protecting culture under attack," she said in an extensive statement Thursday.

Israel, for its part, is likely to follow U.S. out the door. Prime Minister Benjamin Netanyahu has "instructed the Israeli Foreign Ministry to prepare for Israel to leave UNESCO in parallel with the U.S.," according to his office.

"This is a brave and moral decision," Netanyahu said in a statement, "because UNESCO has become a theatre of the absurd and because instead of preserving history, it distorts it."

It's worth noting that when the U.S. withdraws from UNESCO, as pledged, it will not be for the first time. As Foreign Policy magazine points out, the U.S. decided to pull out of the agency in 1984 during the Reagan administration, which at that time complained of — in the words of Foreign Policy — "corruption and what it considered an ideological tilt toward the Soviet Union against the West."

But according to Nikki Haley, the U.S. ambassador to the U.N., the Trump administration found it to be a step too far when the agency decided this summer to designate "the Old City of Hebron and the Tomb of the Patriarchs as part of Palestinian territory."

"The purpose of UNESCO is a good one. Unfortunately, its extreme politicization has become a chronic embarrassment," Haley said in a statement.

"Just as we said in 1984 when President Reagan withdrew from UNESCO," Haley added, "U.S. taxpayers should no longer be on the hook to pay for policies that are hostile to our values and make a mockery of justice and common sense."