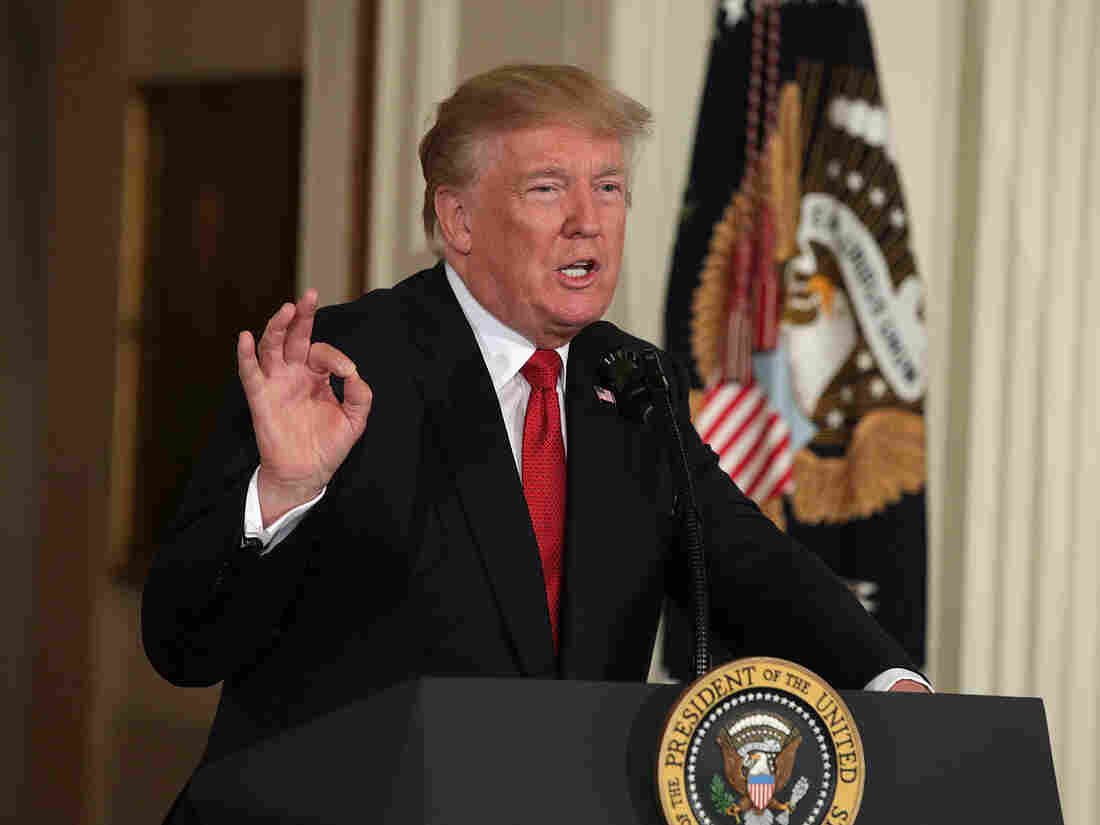 President Trump speaks during a nomination announcement at the East Room of the White House on Thursday. Alex Wong/Getty Images hide caption 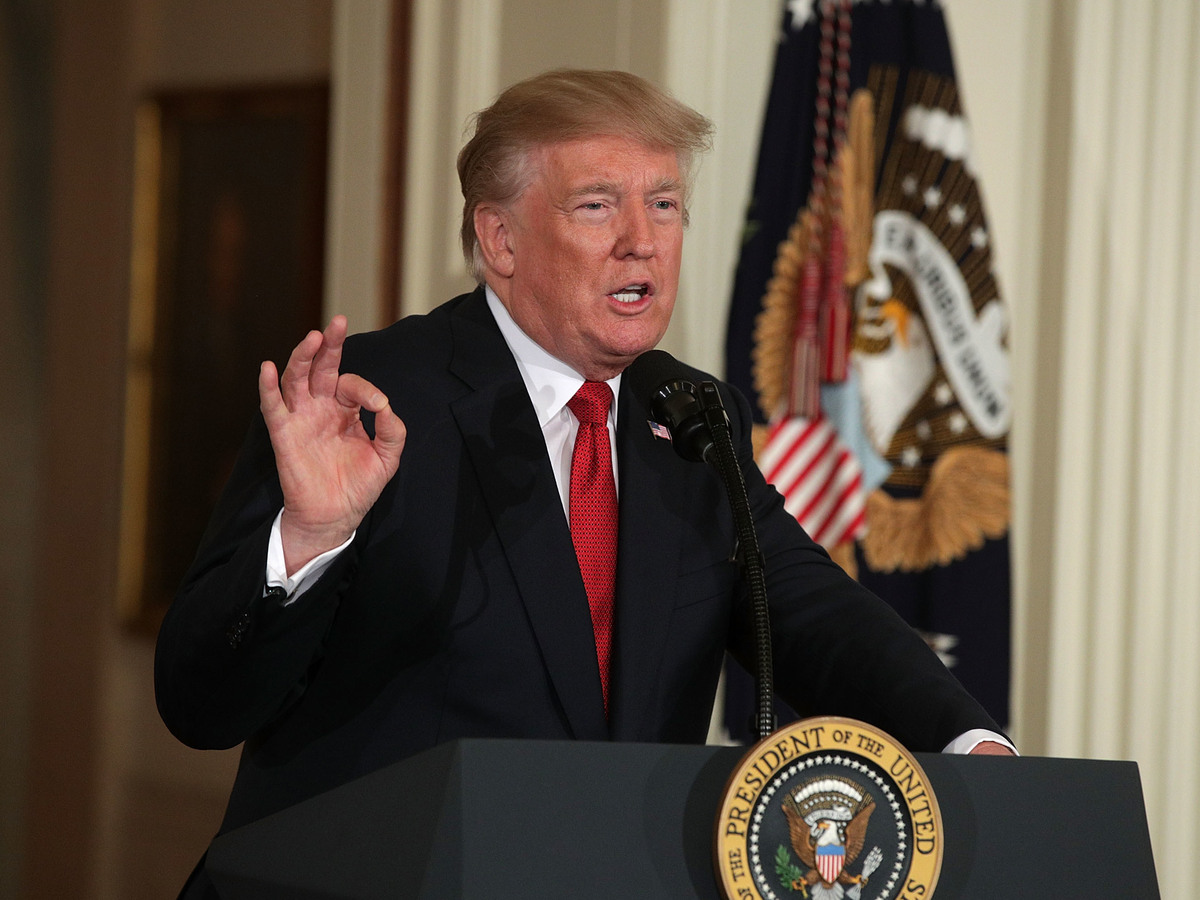 President Trump speaks during a nomination announcement at the East Room of the White House on Thursday.

President Trump announced Friday that he will not recertify the Iran nuclear deal. As NPR's Scott Horsley writes, Trump "is stopping short of asking Congress to reimpose sanctions on Tehran. Instead, the president is urging lawmakers to pass a new law, spelling out conditions under which sanctions could be reimposed."

President Trump on Friday is expected to announce a tough new approach to Iran that could result in eventually unraveling the 2015 Iran nuclear deal.

In a fact sheet issued late Thursday, the White House said the objective was to: "Address the major flaws of the [deal] by requiring the automatic 'snapback' of U.S. sanctions should Iran violate enhanced and existing restrictions on its nuclear program."

The deal gave Iran relief from some international economic sanctions in return for Iran allowing inspections and limits on its nuclear program.

The deal, forged by Iran and the U.S., China, France, Germany, Russia, the United Kingdom and the European Union, requires Tehran to reduce its stockpile of enriched "weapons grade" uranium by 98 percent, remove two-thirds of its centrifuges and remove the core of its heavy water reactor. It also allows for inspections of Iran's facilities.

In a Senate hearing this month, Secretary of Defense James Mattis said it was in the national interest to stay in the agreement.

Although Trump has been a vocal critic of the accord, his administration has until now continued to certify. The next 90-day recertification deadline was to have been on Sunday.

Trump will also ask Congress "to amend or replace outright the legislation that currently requires him to certify Iranian compliance every 90 days," The Associated Press reports. According to the news service:

"Officials have said that Trump hates the requirement more than the nuclear deal itself because it forces him to take a position every three months on what he has denounced as the worst deal in American history. That frequency has also irritated aides who have complained that they are spending inordinate amounts of time on certification at the expense of other issues."

As NPR's Larry Kaplow writes: "Those in favor of keeping the deal in place argue it's working and will prevent Iran from making nuclear weapons for 15 years. Those against it, like the president, argue it should last longer and also ban things like Iranian missile tests and support for militants."

In a statement released Thursday, the chairman of the Senate Foreign Relations Committee, Sen. Bob Corker, R-Tenn., said his panel was in agreement on new criteria for certification.