Accessibility links
Suspect In Would-Be Airport Bombing Nabbed With Help From REI : The Two-Way Someone left an improvised explosive device at an airport in Asheville, N.C., last week, and a new backpack offered a clue. Some are wondering why the incident didn't receive more national attention.

Suspect In Would-Be Airport Bombing Nabbed With Help From REI

Suspect In Would-Be Airport Bombing Nabbed With Help From REI 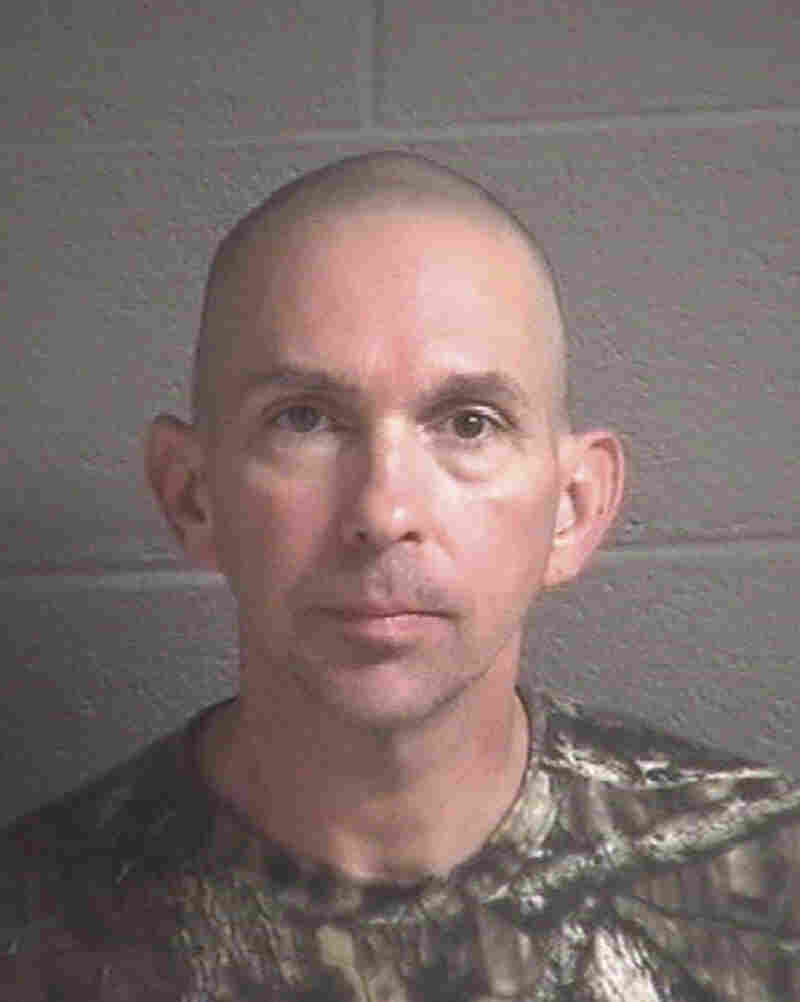 An undated photo provided by the Buncombe County Detention Center shows Michael Christopher Estes, who is accused of planting an improvised explosive device at the Asheville Regional Airport in North Carolina on Oct. 6. AP hide caption 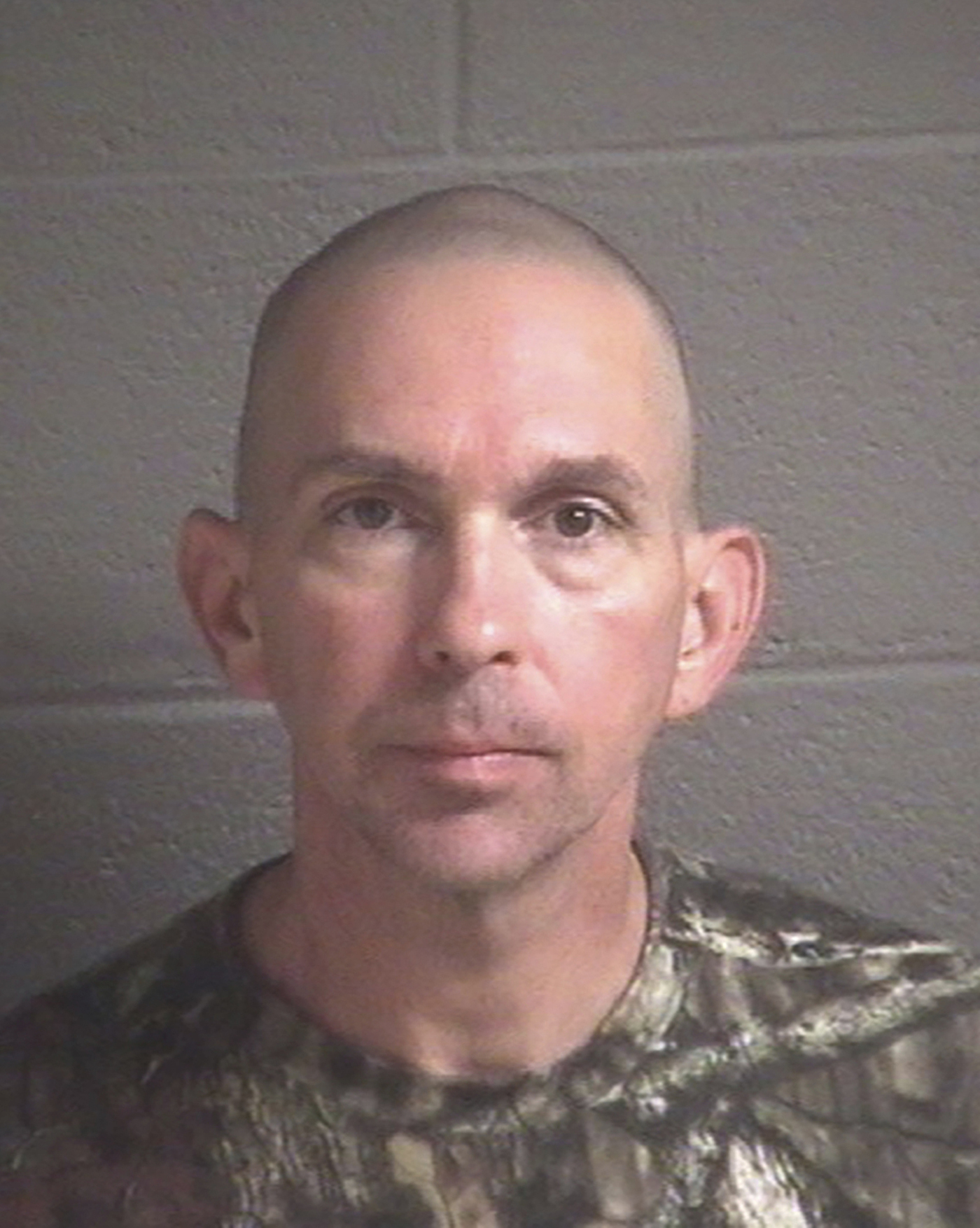 An undated photo provided by the Buncombe County Detention Center shows Michael Christopher Estes, who is accused of planting an improvised explosive device at the Asheville Regional Airport in North Carolina on Oct. 6.

Someone left a bomb at the Asheville Regional Airport. That much was clear. The question was, who?

The airport in Asheville, N.C., serves tens of thousands of people every month. According to an affidavit, federal marshals called the FBI on Oct. 6 to report the presence of an improvised explosive device.

Bomb technicians neutralized the device, which was packed inside a glass jar. Bomb dogs indicated the presence of explosive material. Analysts determined that the bomb was powered by ammonium nitrate, packed with nails to serve as shrapnel, and set to go off on a timer — an alarm clock, minus its bells, set to 6 o'clock.

As for the man who dropped it off, FBI investigators had surveillance footage — a white male wearing black clothes, with a black cap. He'd walked in after midnight and left a bag inside the building.

They also found a brand-new backpack in the woods near the airport — REI's "Traverse 70" brand. Inside the bag were gloves, a fuel source, a roll of Gorilla Tape, and "what appeared to be an alarm clock bell," Agent James Anderson writes, "consistent with the bell missing from the clock" in the bomb. Plus there was a spoon — gray, polymer.

FBI agents also tracked down surveillance footage of a white male apparently purchasing some of those materials, as well as other bomb-making supplies, at a Walmart and Lowe's in Arden, N.C.

But he paid cash at both venues, and the FBI still didn't have a name.

Then they found an REI, an outdoor goods store, in Asheville where a man had recently purchased a new backpack. A Traverse 70. He also bought a spoon — gray, polymer.

There was no video footage this time. And again, the man paid cash. But, Anderson writes, "the individual ... used an REI membership number when paying."

An REI membership entitles a customer to 10 percent back on purchases every year. In this case, it also gave the FBI a name — Michael Estes. After releasing a still photo from the surveillance footage, authorities found Estes in downtown Asheville. He was arrested on Oct. 7.

Estes told authorities that he created the bomb and placed it at the airport but said he did not actually set it to go off, the FBI says.

Estes said he was prepared to "fight a war on U.S. soil."

The suspect has been charged with multiple federal crimes and is currently in custody.

For the first few days, this story received little attention outside of North Carolina. Now, it has been brought to the national spotlight, largely because Shaun King, a columnist for the Intercept, wrote about Estes on Wednesday.

King pointed out the particulars of the story — an improvised weapon, planted at an airport, by a man who said he was declaring war. King asked what would happen if the attacker were "an immigrant, or a Muslim, or a Mexican ... Mainstream American outlets would be covering the heroic bravery of those who thwarted the terrorist plot. ... in this case, though? Crickets."

Every year, law enforcement officers in America make multiple arrests over improvised explosive device plots or incidents in which no one was actually injured. The level of news coverage, as King notes, can vary enormously.

Here's a sample of such incidents from this year:

In each of those instances, an apparent plot was never carried out to completion; if a bomb did go off, no one was hurt. None of those stories made headlines here at NPR.org.

Barnett's Target scheme, the Bixby recruiting station blast and the foiled ISIS plot were covered in many national outlets.

Hayat, who is of Pakistani descent, received relatively little coverage in the national press but was featured on multiple right-wing websites, including Breitbart News.

Other incidents, including the arrests of Mullen, Blankenship and Kennedy, were covered almost exclusively on the local level.